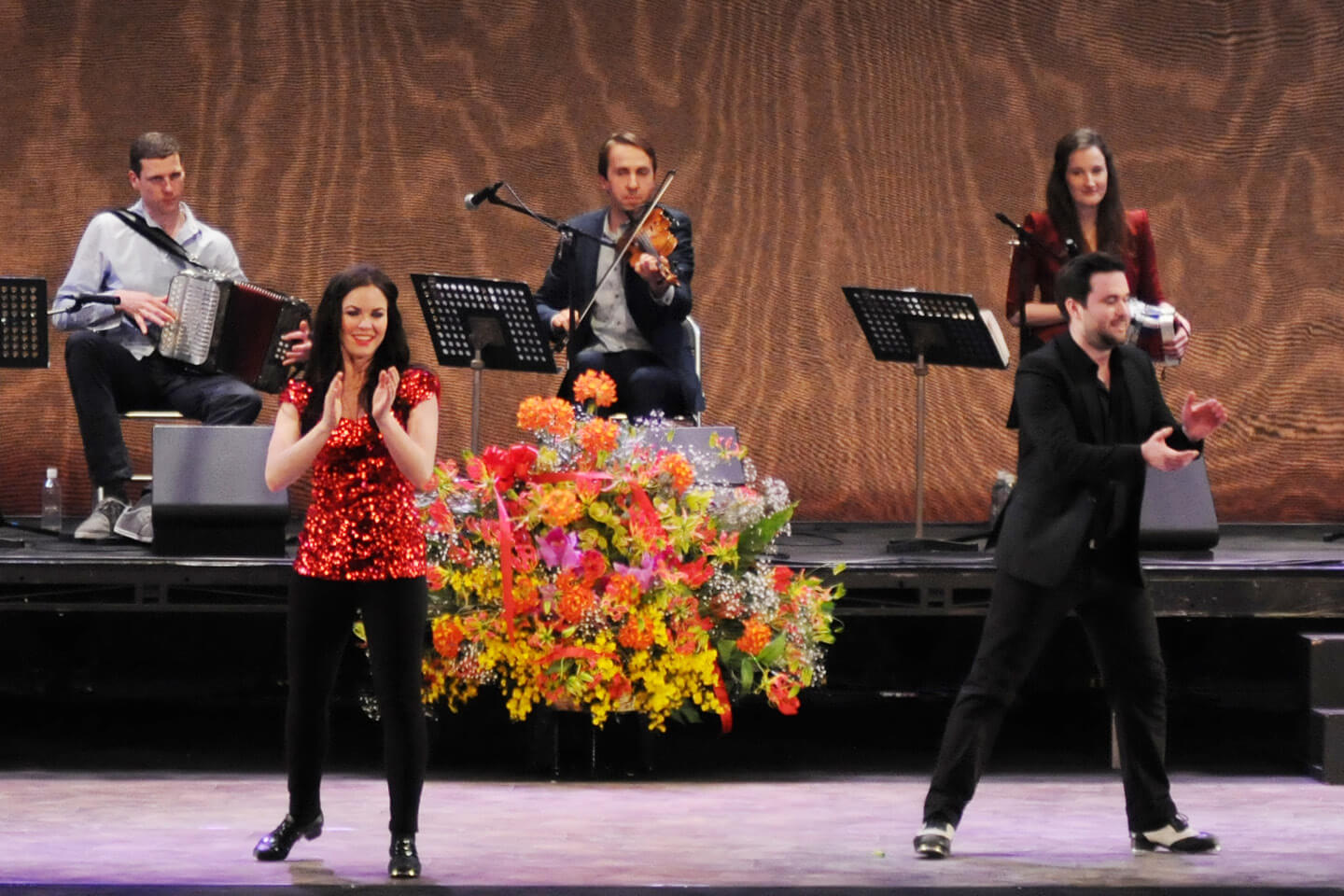 As virtuoso Irish fiddler Oisín Mac Diarmada remarked, “Music, dance and language are probably the three strongest elements of cultural inheritance reflecting ‘Irishness.’” He continued, “Irish traditional music is the music of the people and a cultural celebration of Irish communities. Songs represent the everyday experiences and social interactions of people. A lot of music originated from social dancing, so that music is very joyful and exciting. But we also have sadder music—such as songs to lament loss or to remember some sorrowful historical event.”

As a part of the special concert series celebrating the 50th anniversary of its founding, the Min-On Concert Association, with the full support of the Embassy of Ireland in Japan, invited one of Ireland’s leading traditional bands, Téada, for a 19-city nationwide tour during March and April. The band was accompanied by Irish singing legend Séamus Begley and his daughter Méabh, as well as four talented Irish dancers.

The band performed a variety of traditional Irish tunes gathered from the four corners of Ireland to packed audiences at each venue. Séamus and Méabh Begley sang old indigenous songs in the Irish language, and the skillful dancers displayed great artistry onstage with their cheerful traditional Irish dance steps. Some of the best-loved Irish songs in their repertoire, such as “Danny Boy” and “The Last Rose of Summer,” are familiar to Japanese audiences—especially older members, who learned these songs at elementary school. Much of the audience was spontaneously humming along with the nostalgic melodies, and Japan truly enjoyed these spring evenings during Ireland’s cultural celebration.