“For me, music is extremely important because music has the ability to touch our emotions, and I think it stirs our feelings in a way that no other art form can.” 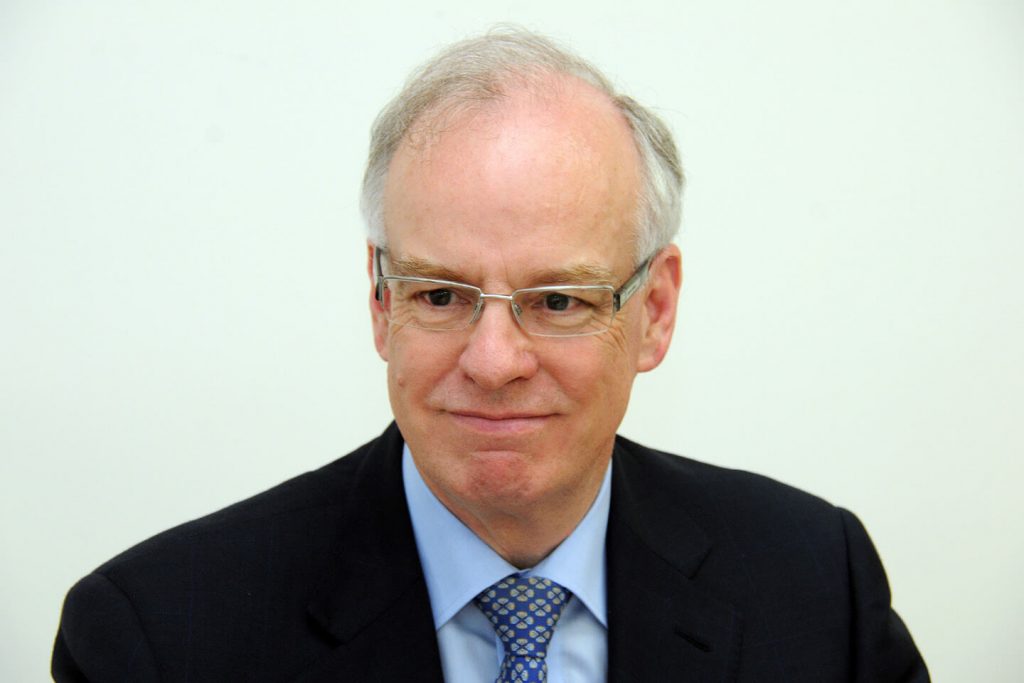 Min-On: We are deeply grateful to Your Excellency and the embassy staff for your generous support of Min-On’s activities, and especially for your cooperation in realizing the first-ever month-long tour introducing traditional Irish music to an audience of thousands across Japan.

Ambassador: I am very happy that this Japan tour by Téada with Séamus and Méabh Begley was such an outstanding success. I would like to express my deep appreciation to Min-On for organizing the tour, and also for taking such good care of the performers during their stay in Japan. I attended the first of their concerts in Tokyo, and it was a wonderful evening with terrific performances. While listening to them play and watching the audience’s reactions, I sensed there is not only intense appreciation for Irish music here in Japan but also a real connection between the cultures of the two countries. For me, this is very important because culture is one of the strongest bonds between Ireland and Japan. And culture is something that’s available to everybody, something that everybody can access. Even if people cannot visit another country, they can still experience the culture, so in that way, they get to know more about the country.

Since I came to Japan, I’ve been struck by the popularity of Irish music here, and I believe this illustrates a very strong affinity between Irish and Japanese people. There is no doubt that culture helps build bridges between our two countries and forge close relations between our peoples. It brings people together in a direct way, and that helps promote awareness and understanding. 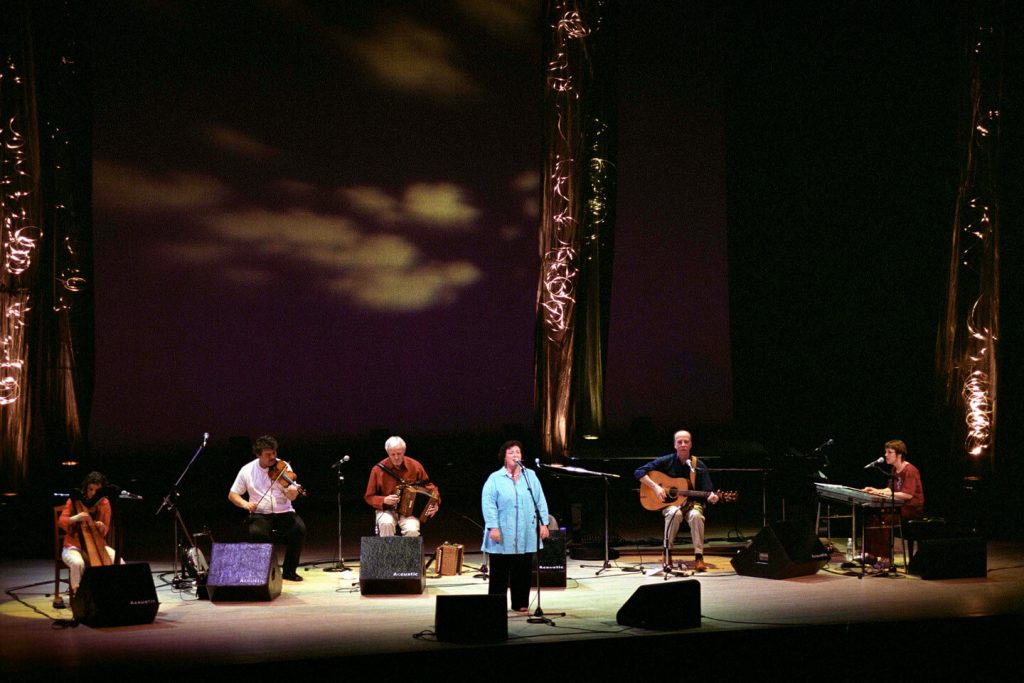 Min-On: Some Irish songs are familiar to Japanese people from their school days; some people even feel nostalgia for Irish melodies. Indeed, during the concert, many audience members were humming along to songs like “Danny Boy” and “The Last Rose of Summer.”

Ambassador: For us too, these are nostalgic songs. They enable us to keep in touch with the past and with our national roots. Culture is, for us, a very deep and important part of our national heritage. Not only music and dance but also literature and art—these are all inherent parts of our national identity. We express our culture not only in English but also in our own native Irish language. I am very pleased that Téada—the word means “strings” in Irish—include Irish-language songs in their performance.

Min-On: Some European countries exerted a strong cultural influence on other countries around the world during the colonial period, but this seems not to be the case with Ireland. However, Irish culture has a global reach, and festivals of Irish origin are celebrated all over the world.

Ambassador: We never had Irish colonies or anything of that sort, but there is a long tradition of emigration from Ireland. Over the centuries, Irish people have migrated to many countries all over the world: mainly to the United States and Great Britain, but also to Australia, Canada, New Zealand, and many other countries including Japan. One characteristic of Irish people is that wherever they go, they always like to seek out other Irish people and keep in touch with them. And Saint Patrick’s Day is another way for them to connect to their home country. Now, it’s not only for Irish people, but Saint Patrick’s Day is a day for everybody who thinks about celebrating their own group with people in their country. So culture, for us, is not just a form of entertainment; it is very much a way of communicating our feelings and reaching out to other people. I believe culture is truly a way of helping to bring different people closer together. 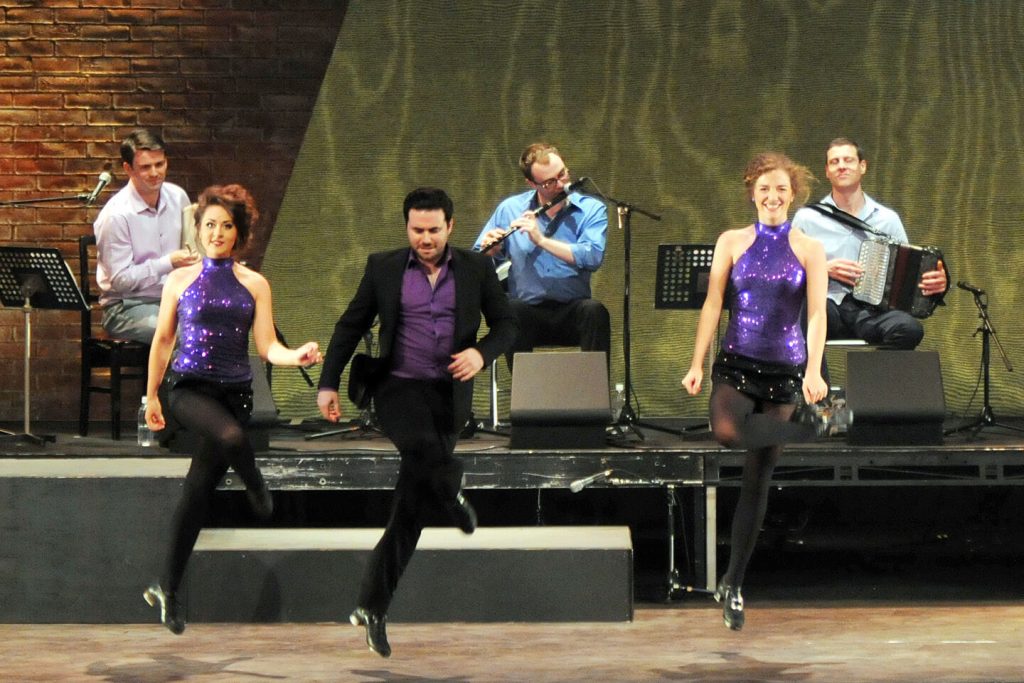 Min-On: Traditional pub culture seems unique to Ireland. And much of Irish music and dance developed as a part of that culture. Indeed, Séamus Begley said he grew up in that environment.

Ambassador: The pub has been always an important part of our communities, and again, it’s not just a place for people to go for something to drink. It’s a place for going to socialize with and talk to other people, and to enjoy songs and dance as well. Many Irish pubs have a strong tradition: As an evening goes by, somebody who has a musical instrument will take it out and start playing, and someone who knows that music will start singing along, and soon someone will get up and dance. This is very common and an important part of our culture. And I suppose, because that is such a good way of connecting with other people, it became something that other countries also found interesting and attractive. That’s why you find Irish pubs now all over the world.

Min-On: Do you sometimes sing or dance in pubs? Please share with us your thoughts about the power of music.

Ambassador: I sing a little, but I am not a very good dancer. But for me, music is extremely important because it has the ability to touch our emotions, and I think it stirs our feelings in a way that no other art form can. And that’s why I think Irish music is so popular in Japan, because it reaches out to the emotions and feelings of people, and gives them a sense of solidarity.

Indeed, after the terrible disaster in the Tohoku region, we wanted to show our solidarity and support to the people there. So in December 2011, we arranged for some musical performers who are admired here in Japan to tour Tohoku and play at special concerts for the people there. The reactions to their music were really wonderful, and again, the strong bonds between the performers and people were there, and we felt this was a really strong way of conveying our feelings to the people in Tohoku.

Min-On: Could you share your embassy’s future plans for cultural exchange events?

Ambassador: A main focal point of Irish culture— not only here in Japan but also around the world—is our national holiday, Saint Patrick’s Day. In many countries, Saint Patrick’s Day is celebrated through parades, concerts, and cultural events of many sorts. Here in Japan this year, there were parades and festivals in 10 cities. And in Tokyo, we had this year’s annual Saint Patrick’s Day parade on Omotesando. We also had the first-ever “I Love Ireland” festival in Yoyogi Park immediately after the parade, and that was an extraordinary success. We were delighted that so many people—maybe 20,000—came to the festival, which featured Irish music, dancing, sports, and many other Irish activities. I think it helped people get a better sense of Ireland. And we were delighted that Téada was a central act; they made the musical side of the festival a wonderful success this year. We are extremely grateful to Min-On for helping us bring our Irish culture to a wider audience in Japan, and I hope this will encourage Min-On to invite other Irish performers in the future. Our embassy will certainly continue to support Min-On in these activities as much as we possibly can.