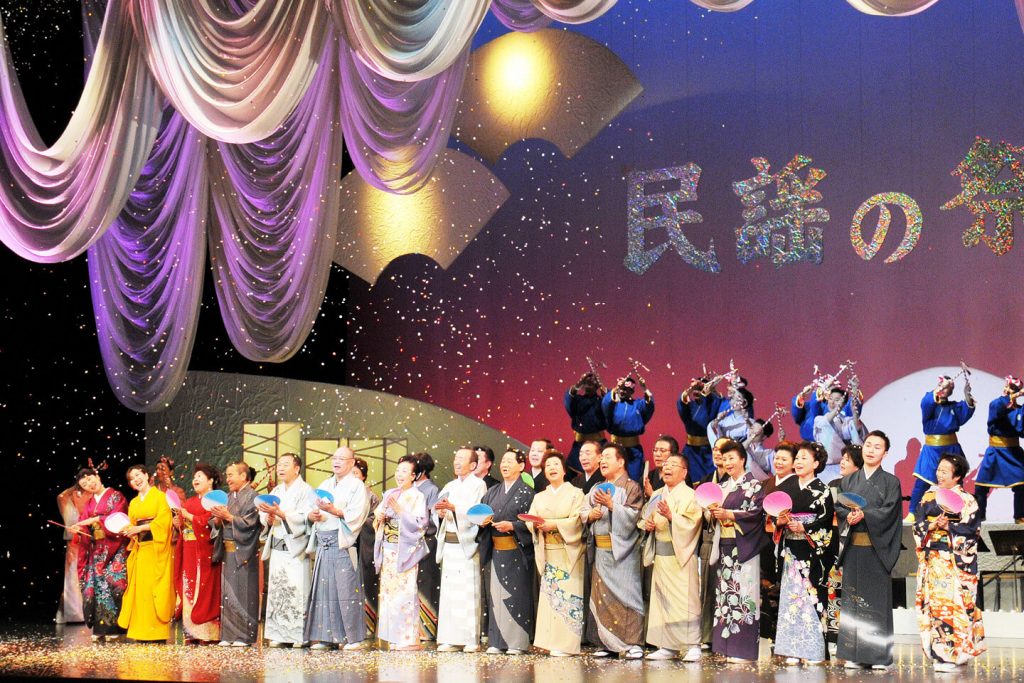 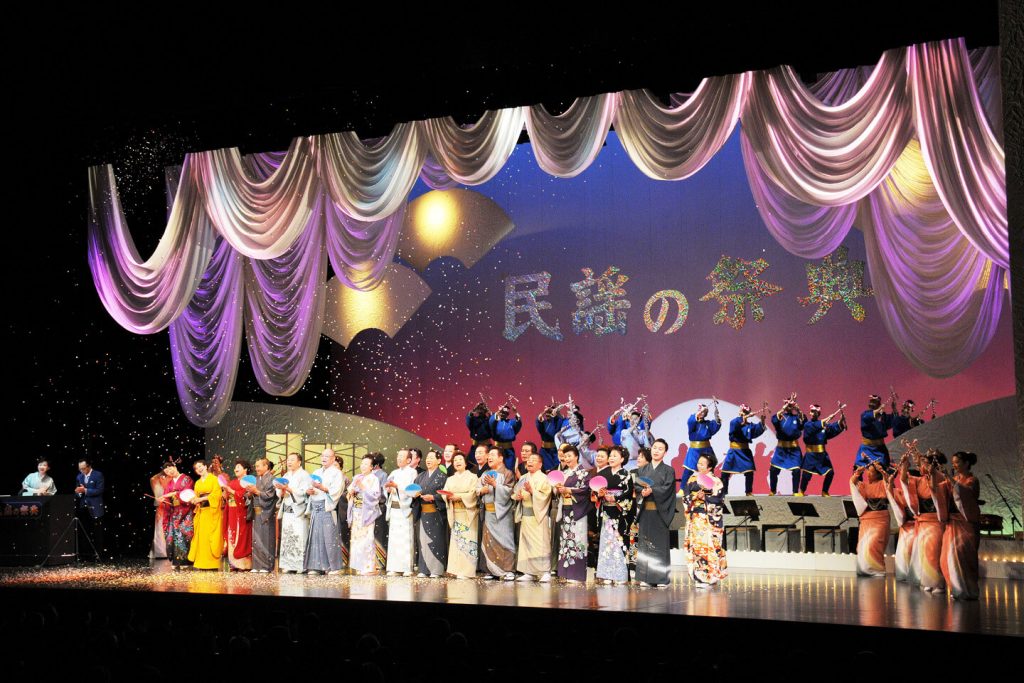 Japanese people who were born and raised in outlying areas of Japan outside of the major metropolitan areas typically have a particular song that is familiar to everyone from that area, and on hearing it usually gives rise to nostalgic feelings for their hometown. Minyo is a genre of traditional Japanese folk music with distinct styles and songs depending on the area. The songs are typically sung with accompaniment on traditional Japanese instruments such as the shamisen (three-stringed instrument), the shakuhachi (vertical bamboo flute) and the shinobue (Japanese transverse flute).

Min-On has contributed to the perpetuation and development of traditional Japanese performing arts through sponsorship of a variety of unique and ambitious programs for many years.

The Fifth Annual Minyo Festival was held at Nakano Sun Plaza Hall in Tokyo on December 10, a short time before people generally return to their hometowns for the New Year vacation. A total of 16 top singers and nine master musicians in the genre of minyo as well as Japanese dance troupe Wakatake were divided into two teams and their performance of sixteen minyo songs from different areas were delivered onstage in the style of a competition between Eastern and Western Japan. The capacity audience acted as judges, casting their votes by enthusiastically cheering and applauding their favorite songs. The team of Western Japan were thus chosen to receive the winner’s flag after the finale.