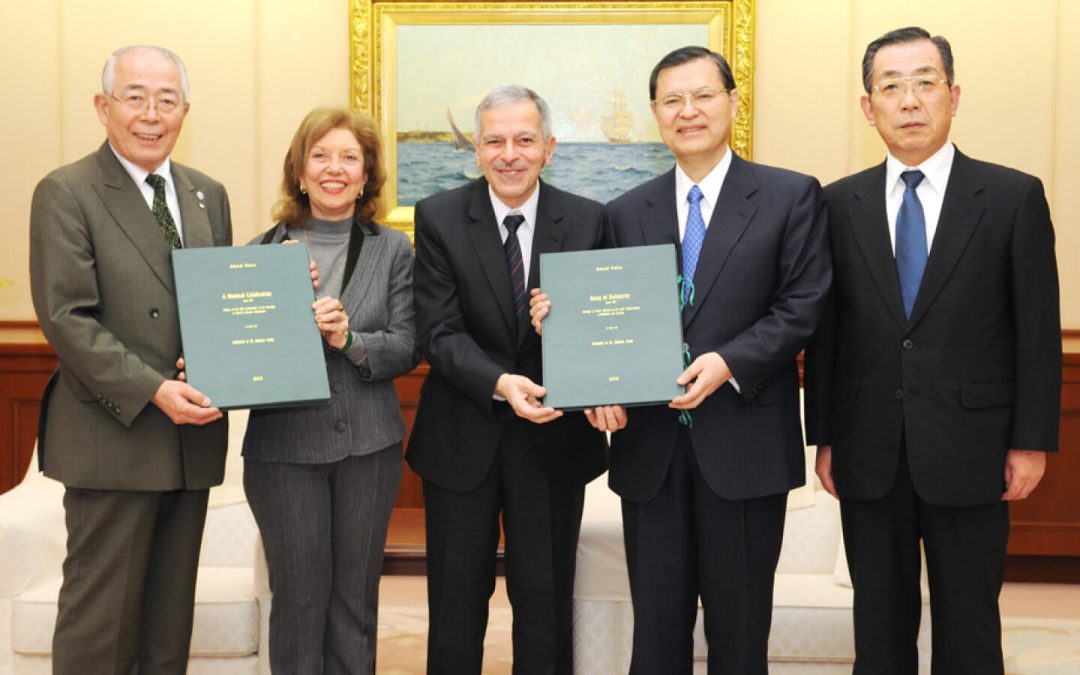 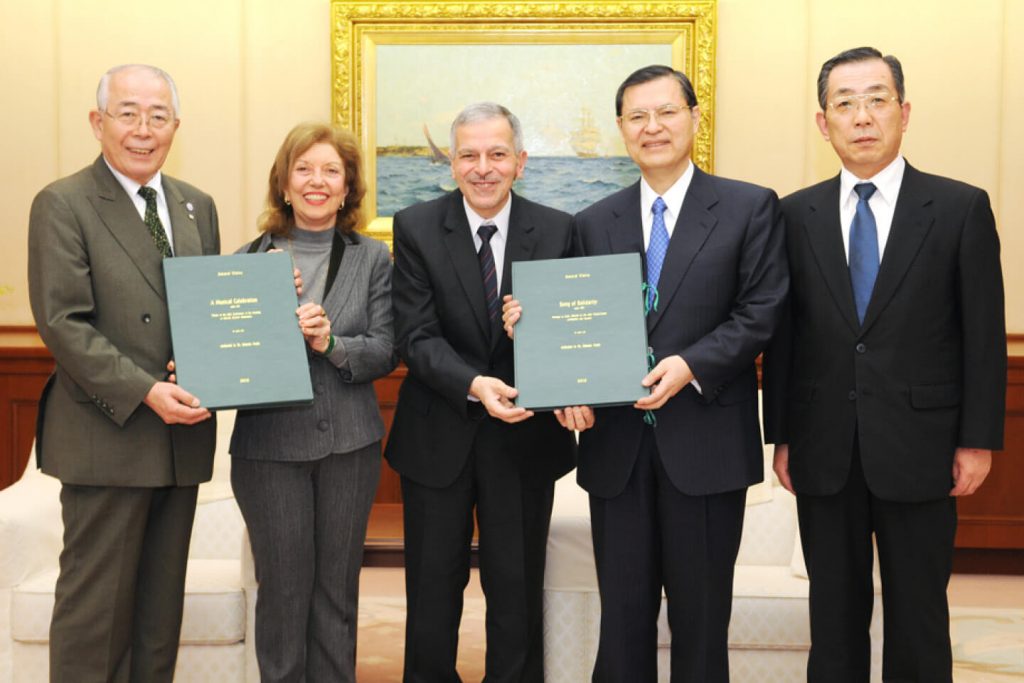 Presenting the scores at the Min-On headquarters

Amaral Vieira is an internationally acclaimed Brazilian composer and virtuoso pianist. He has also been a dedicated scholar at the Brazilian Society of Musicology for many years. From an early age, Vieira began composing music and performing all over the world. His own output comprises more than three hundred compositions and he has received many international awards for his outstanding accomplishments. His first performance in Japan was in 1994 at the invitation of the Min- On Concert Association. He has now toured Japan a total of nine times with Min-On and delivered more than 250 performances in over 200 cities in Japan, a part of Min-On’s history for two decades. Today, he is Japan’s best-known Brazilian pianist and composer.

On October 24, Maestro Vieira and his wife Yara returned to the Min-On Culture Center in Tokyo for the 50th anniversary before embarking on his tenth nationwide tour of 18 cities. After a warm welcome from many old acquaintances at the Min-On corporate headquarters, Maestro and Mrs. Vieira were cordially greeted in the grand reception room by Soka Gakkai Vice General Director Hiromasa Ikeda, who attended on the Founder’s behalf, together with the other board members. During the meeting, Mr. Ikeda showed the couple an essay written by the Founder and published in a booklet to commemorate Min-On’s 50th anniversary. The essay praises Maestro Vieira’s sense of mission in music, arguing that “[t]he fine arts, by definition, should strive toward perfection in bringing out the best and the brightest in humanity. In reality, however, exactly the opposite is true in many cases. However, Vieira is regarded as a true musician, one who cares more about people than popularity.” 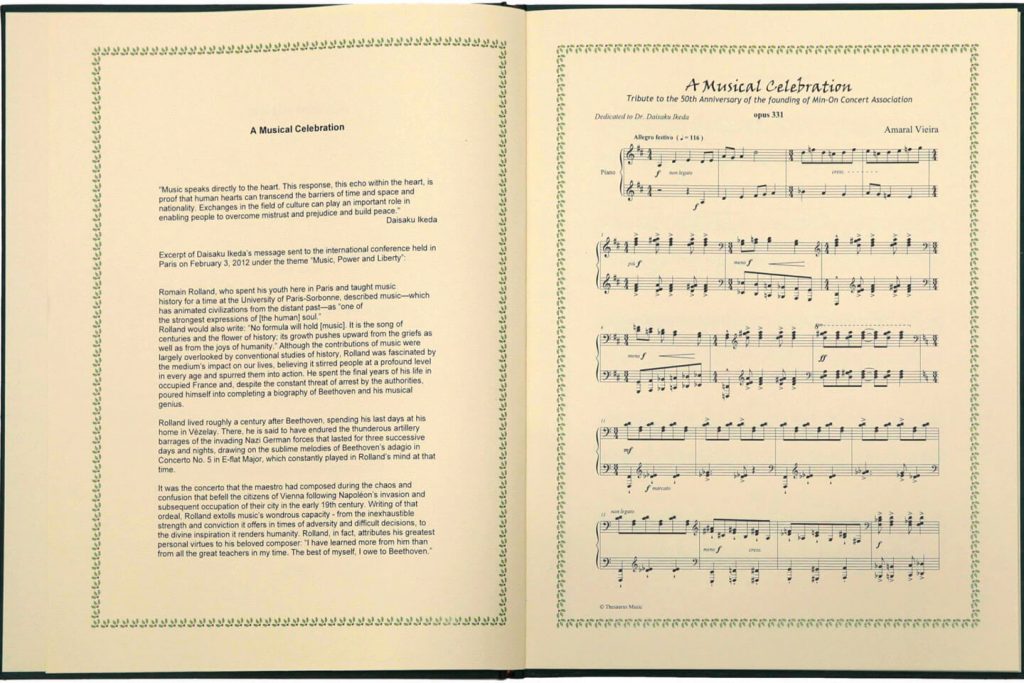 The score of Musical Celebration

In response, Vieira expressed his determination for the upcoming tour: “It is my greatest pleasure to be able to join the 50th anniversary celebrations of my beloved Min-On. I will relish each concert as an opportunity to reach each member of the audience and give inspiration and encouragement.”

At the end of the meeting, the maestro introduced two new compositions, which will premiere during this tour. The first, A Musical Celebration—Tribute to the 50th Anniversary of the Founding of Min-On Concert Association, was written for the members of Min-On, while the second, Song of Solidarity, was composed for the people of Tohoku and inspired by Dr. Ikeda’s article The Courage to Rebuild. Both scores were dedicated to the Founder and were received on his behalf by the board members of the Association.