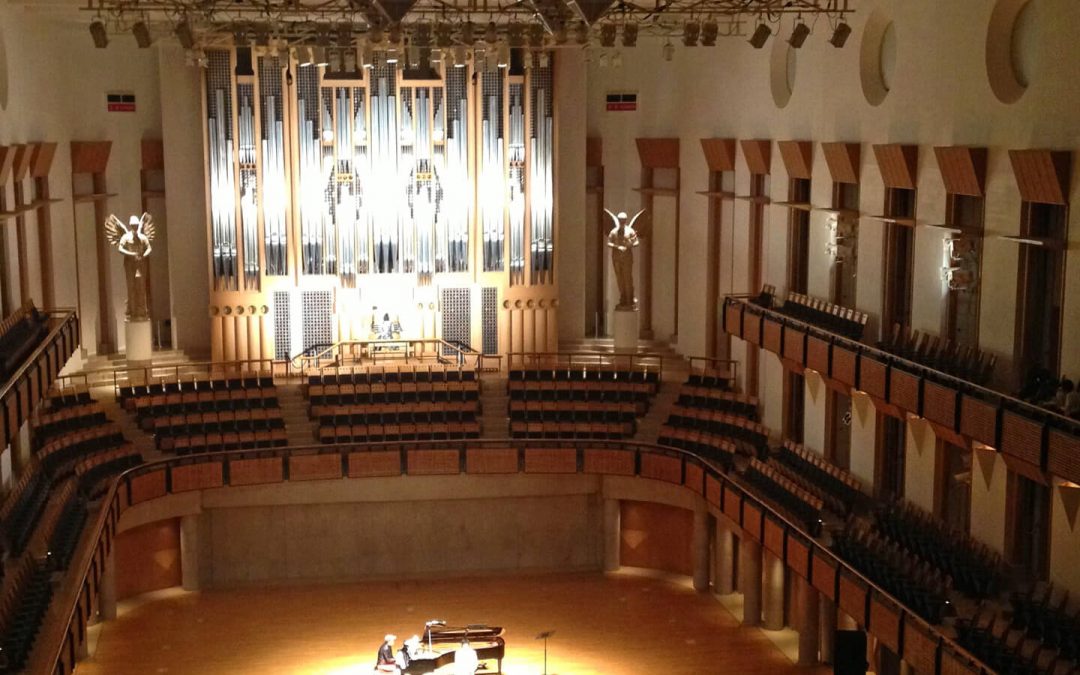 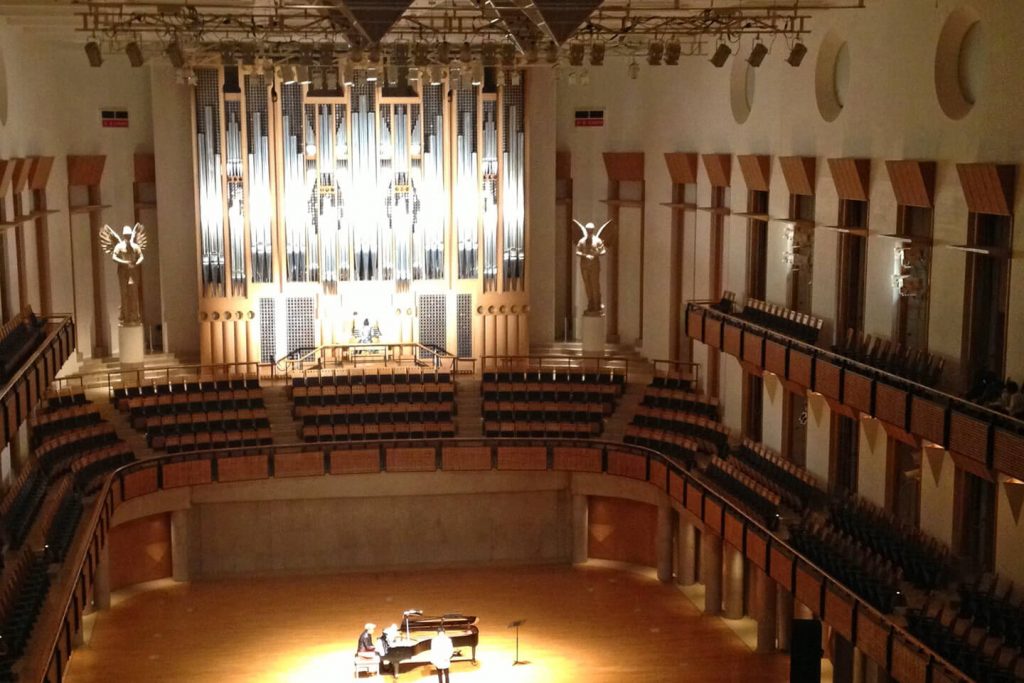 The pipe organ is the grandest musical instrument in size and scope. They were first built as far back as the 14th century, and were considered to be among the most complex mechanical creations prior to the Industrial Revolution.

The majestic Muse Ark Hall boasts a pipe organ comprised of 5,563 pipes in multiple ranks of differing timbre, pitch and loudness that the player can employ singly or in combination through the use of 75 separate controls called stops.

The joint performance was conducted by Aoshima, who was on stage playing the piano, while Tsukatani played the pipe organ on the balcony above the stage, following the conductor by means of a mirror placed beside her keyboard. Despite this unusual and difficult arrangement, they elegantly performed a wide variety of music from classical and modern pieces to popular Japanese Shoka songs.