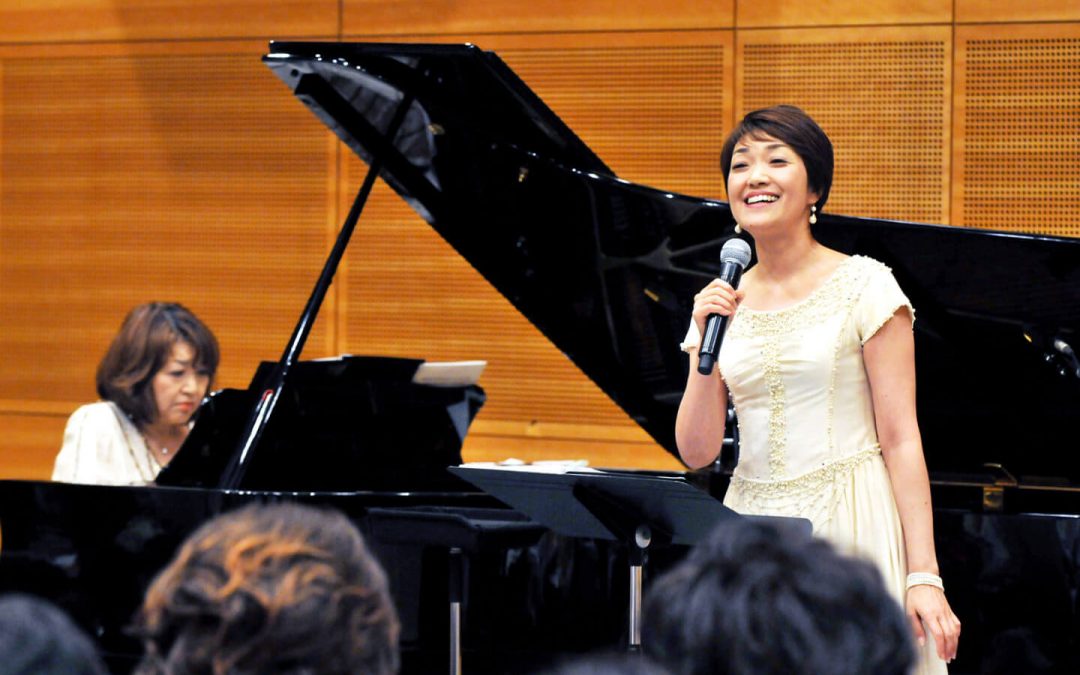 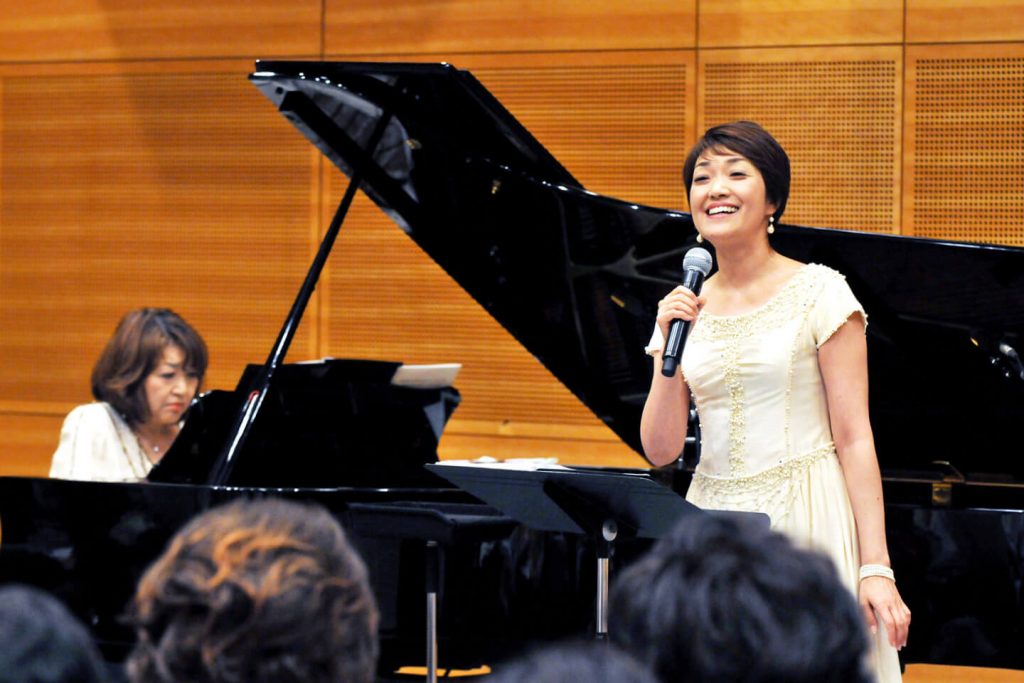 Shoka melodies evoking the atmosphere of a school music classroom

The Min-On Music Museum periodically organizes cultural lectures, workshops and mini concerts along with occasional special exhibitions in the museum as its public service activities to promote appreciation for music culture.

As part of these public service activities, a pair of vocalists known as Ca et La gave a talk and vocal concert entitled Calling on Souls of Japanese Shoka at the Min-On Culture Center in Tokyo on the Saturday afternoon of March 30. The event accompanied a special exhibition entitled Recalling Nostalgic Melodies of Japanese Shoka Songs held at the music museum during the first quarter of this year.

The name Ca et La means ‘here and there’ in French and alludes to the fact that both Yuriko Kikuchi (vocals) and Tomoko Takahashi (piano and vocals) have assembled a repertoire of songs in different genres from ‘here and there’, such as doyou—children’s songs, minyo—folk songs, and kayokyoku—popular songs. Their aim is to share the soul of music with people everywhere—just as they did with the audience at the Museum Hall in the Culture Center.

After their concert, many audience members commented that Ca et La’s sincere talk and clear vocal performance of nostalgic shoka songs transported them back to their school days and recalled fun memories of singing the songs together with parents, teachers, and old friends.”