Interview with H.E. Deepa Gopalan Wadhwa, Ambassador of the Republic of India 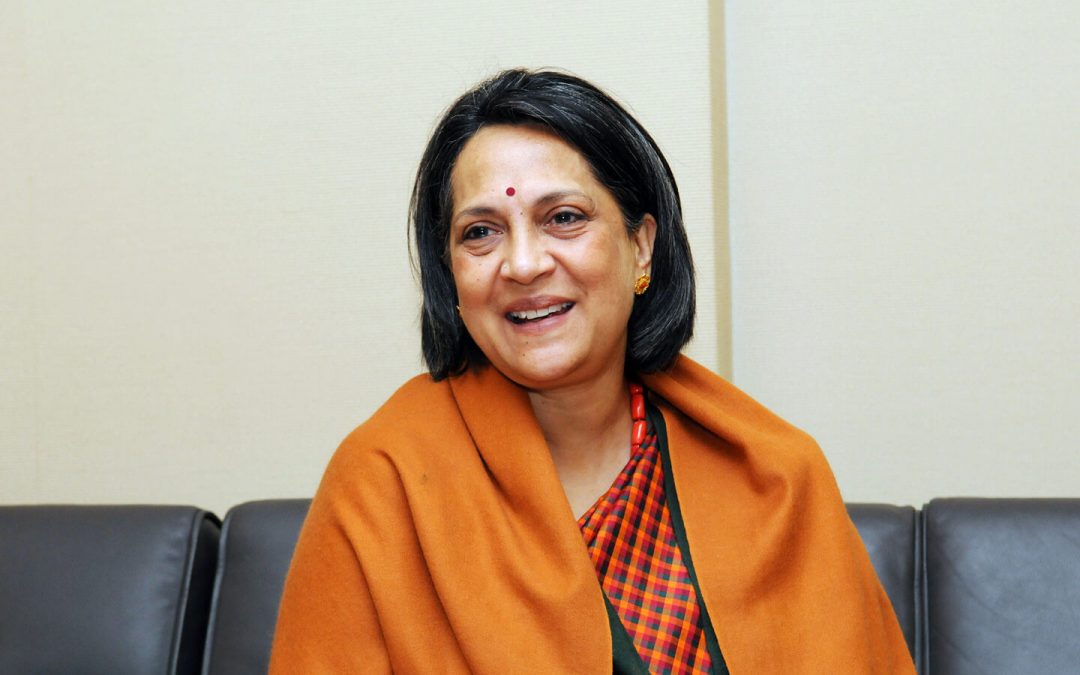 A Country of Stunning Diversity 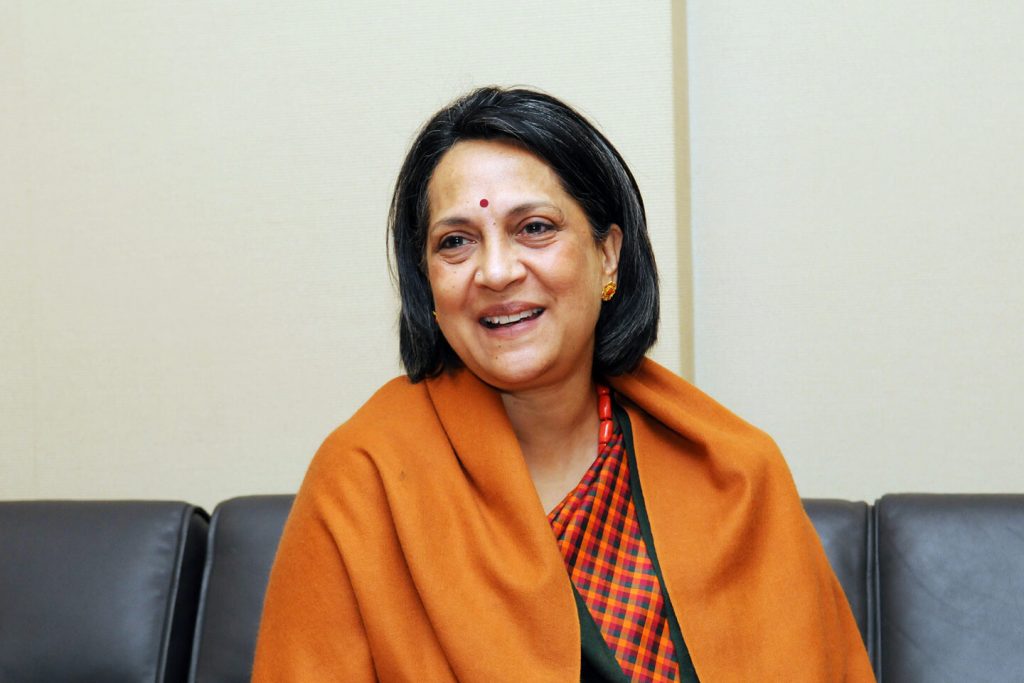 H.E. Deepa Gopalan Wadhwa, Ambassador of the Republic of India

“There is a wonderful concept in India: ‘the entire world is one family’. It’s an important belief we all should have.”

Min-On: It was a wonderful performance to celebrate the 60th anniversary of the establishment of diplomatic relations between Japan and India. As Ambassador of India to Japan, please share with us your impressions of this auspicious occasion.

Ambassador Wadhwa: The first thing I would like to say is that it was quite overwhelming in every way. I have never seen such an audience. Any ambassador would love to be able to fill a large hall like this one with more than 2,000 people for a performance from their country. I would also like to mention that the artists themselves came from different parts of India, and they performed items from several streams of Indian classical dance, yet were able to bring them together harmoniously as a sort of fusion of different classical forms. This is very unusual, even in India. The interaction and rapport that existed between the artists and the audiences were wonderful and special. I heard some of the artists saying how inspiring the audiences were—you saw how emotional they were at the end of their performance. I have seen different kinds of performances in many parts of the world, but this was the first time I have seen artists cry like that on a stage. It was a wonderful experience for them as artists and for us the audience, too. I deeply appreciate this precious opportunity.

Min-On: Thank you so much for mentioning the audience. Indeed, the Min-On Concert Association has more than a million members who understand the value of cultural exchange and consistently support Min-On’s activities with their participation.

Ambassador: I am still new to Japan, but Min- On was one of the first things I learned about from the embassy staff here in Japan, because my embassy has been associated with your organization for a long time. This year, the 60th anniversary of the establishment of diplomatic relations between our two countries, is coming to a close, and I am very happy to be ending this significant year with such a wonderful collaboration with Min- On. You have been doing a wonderful job of showing Japanese people many different cultures from all over the world. Naturally, you introduce those classical and traditional forms of culture from each country, but also you have been able to innovate new styles of performance, like tonight’s performance, which is in line with Min-On’s philosophy of making different cultures of the world accessible to the common people in Japan. 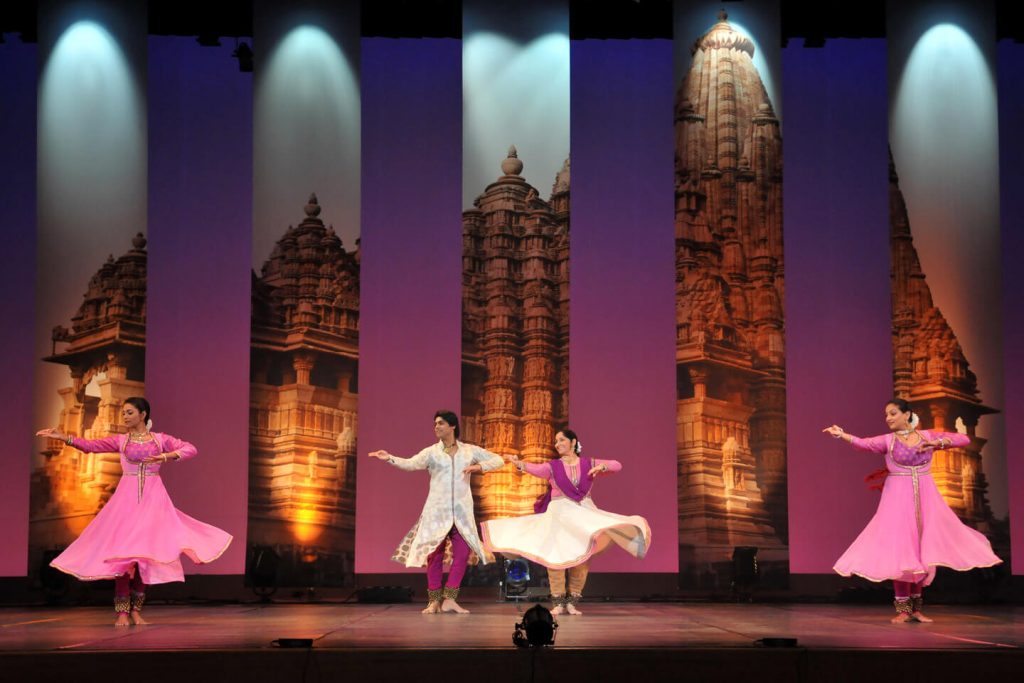 Min-On: This performance is entitled A Creative Integration of Indian Classical Dances, and its theme could be described with words such as “unification,” “collaboration,” and “solidarity.” They have harmoniously combined different forms of dance and song, some of which were even sung in different languages.

Ambassador: India is an incredibly diverse country. There are different religions, languages and cultures—even in today’s performances there were many wonderful forms of dance and song for different Indian gods. There is one type of song called sufi, which is actually an Islamic song; however, sufi music is not confined to the Muslims of India, but also enjoyed widely across India by Hindus too. So Indian culture is very diverse, and we are very happy to bring our wonderful culture to people around the world. We are all different in looks, in character, in culture, and so on, but fundamentally we are all same. There is a wonderful concept in India: ‘the entire world is one family’. It’s an important belief we all should have. I think today’s performance beautifully realized that concept onstage.

Ambassador: Several Indian embassies around the world—including the one here in Tokyo— have their own Indian Culture Center. Its presence is an indication of the close cultural ties between India and Japan. Neeharika Singh, the Culture Center director, efficiently runs various activities at the Center. We have dance classes, tabla classes, vocal music, and many other kinds of activities. These classes are very popular and are often fully subscribed. This is such a wonderful way to attract Japanese friends to our embassy and to spread understanding about India.

Today, we had a very interesting event. It was a book launch for a Japanese manga-style comic for Japanese children to learn more about India. The hall in the Culture Center was used for the presentation ceremony, just as it is used for various such events. When people come to the Center and learn something about India, they become a friend of India. Then they tell their friends about the Center and what they learned about India. So as you can see, it has a multiplier effect. 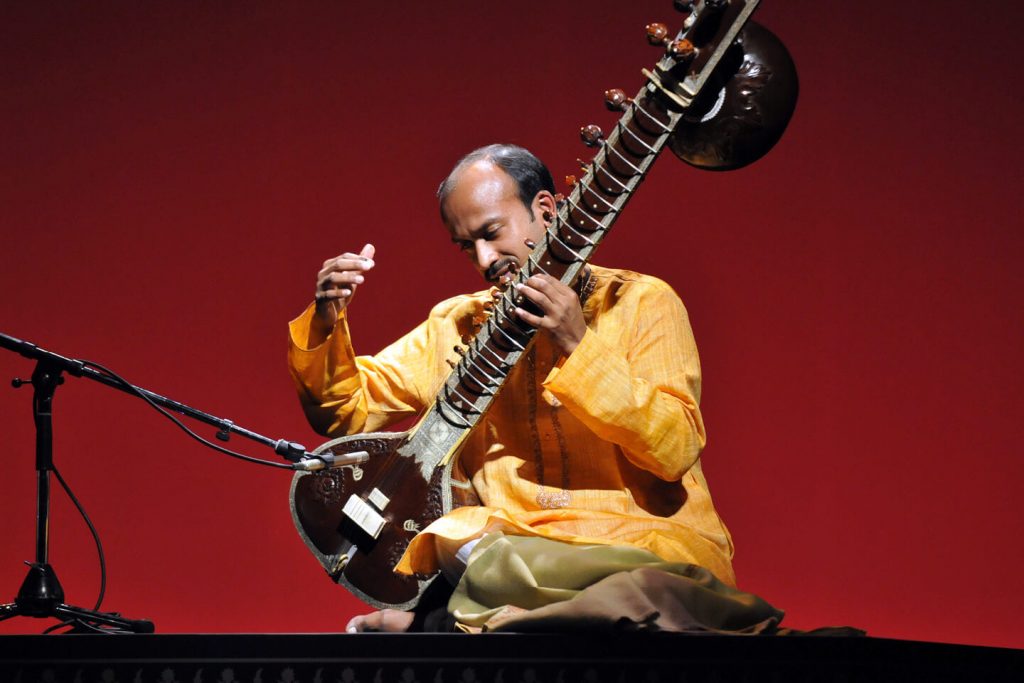 Sitar performance with saragi and tabla

Min-On: Min-On’s Founder, Dr. Ikeda, has been advocating the important role and value of cultural exchange in fostering mutual understanding and friendship among people of different countries.

Ambassador: I completely agree. Understanding among people is of the utmost importance. Looking at the relationship between India and Japan now, we have excellent relations at the political level, and the political leaders on both sides want to deepen relations further. Business relations too are growing. But when it comes to people of the two countries understanding each other better, nothing much has changed. When people from two countries meet, they have to understand each other, respect each other, and appreciate each other’s culture in order to establish firm and genuine relations. I believe this is one reason why what Min-On has been doing is so important, and I hope you continue to promote cultural exchanges with many different countries.

I am really interested in reaching out to young Japanese people. Although older Japanese people know about India to some extent, the younger generation under 30 is less certain. Young people in many countries these days are only really familiar with what we call ‘global culture’—a single, common globalized culture of the world. They often do not know anything about particular cultures of other countries, or differences of culture among different countries around the world. I would like to see some kind of program aimed at the youth of Japan to communicate how long the cultural connection between our two countries has lasted—a connection that dates back to the 7th or 8th century. There have been constant movements of people between the two countries; ideas from India came to Japan, and ideas from Japan reached India, influencing each other. I hope my embassy continues to work closely with Min-On to strengthen further the bonds of friendship that bind our two nations together.