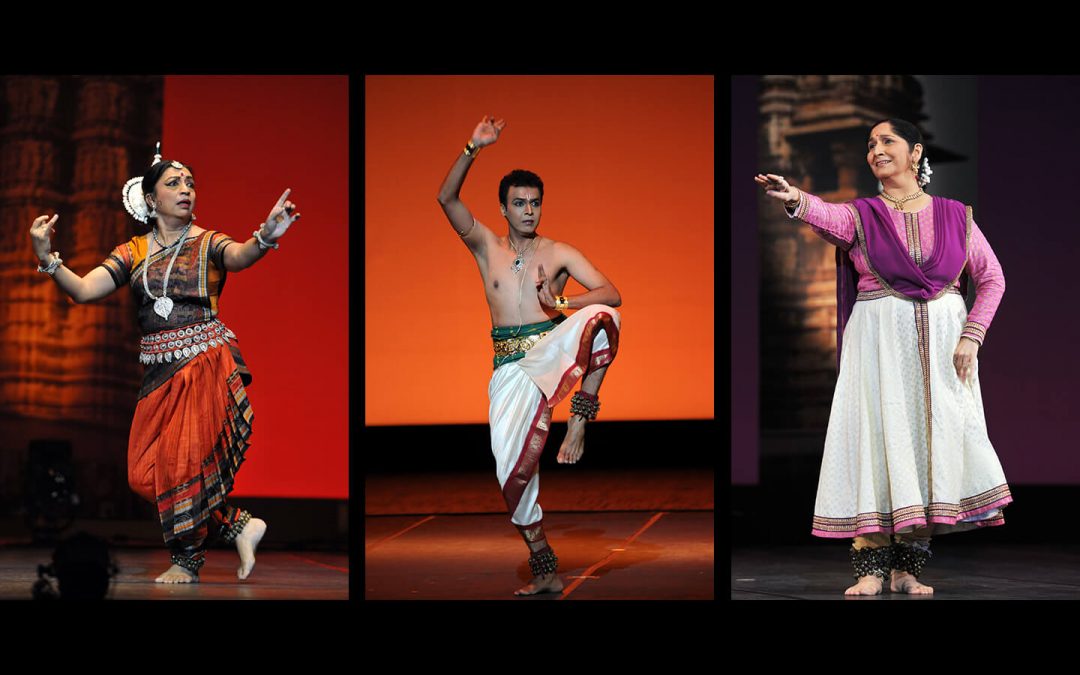 “Everything in India is different and colorful.” 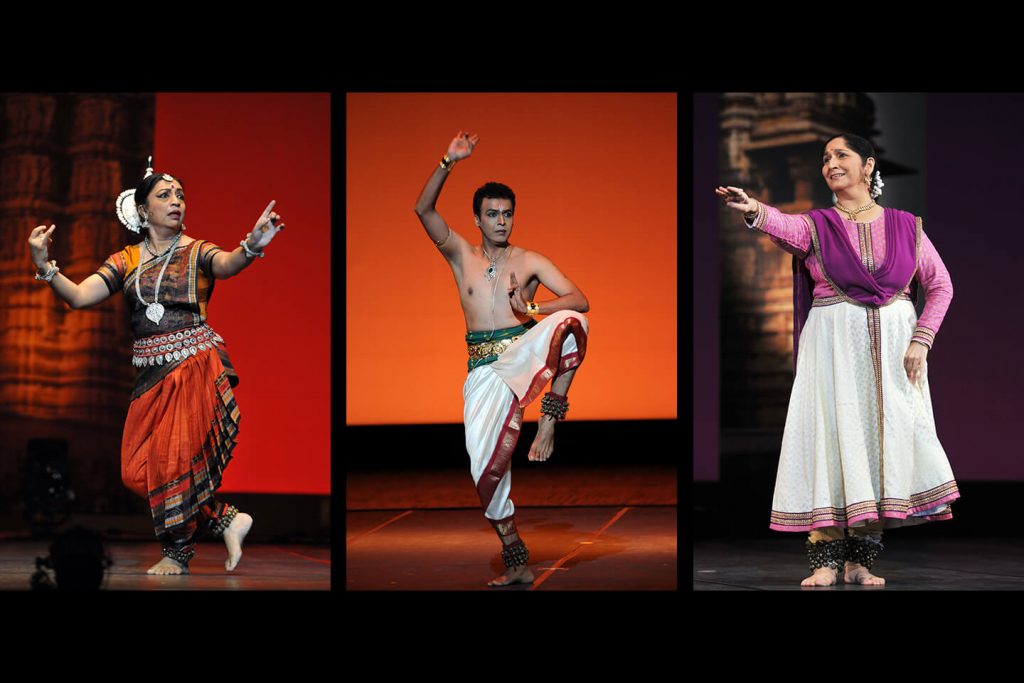 Min-On: Thank you for such wonderful performances. You came all the way from India to introduce Indian culture. What, for you, are the unique characteristics of India?

Vaibhav Arekar: One thing I would say about India is that it is “unique in diversity” in all aspects of life. For example, when you travel from one state to another across the vast country of India, you will probably feel that there are many different countries existing within one India. Indeed, you will experience a different culture in each state. There are 30 to 40 official languages, plus many more spoken languages and dialects across India. Often, people from different states cannot understand each other, and even look quite different. People in northwestern India are more European-looking, but in the East, they look more Asian. This variety is also evident in the performing arts of music and dance. There are basically seven major classical dance styles and two systems of classical music. This diversity is one of the most fascinating aspects of India.

Daksha Mashruwala: To me, “spiritual living in an ancient civilization” is also a characteristic aspect of India. Everything spiritual that exists in India—from temples and monuments, to rituals and traditions—are all hundreds or even thousands of years old. So there is this sense of continuity in all the different traditions and rituals. Even though the modernization and globalization of India has blended these differences, many things are still deeply rooted in traditions that date from ancient times. The traditions remain intact despite modernization, and they are still relevant even today. This, I think, is one of the charms of India.

Uma Dogra: Everything in India is different and colorful. There are many different religions and spiritual movements, each one unique and precious. I believe the most important and beautiful point is that they don’t exclude each other. Rather, they mutually accept and respect each other, and coexist harmoniously. That kind of open-mindedness is, for me, the most beautiful aspect of the spirituality of India, and comes from Buddhist concepts of interdependency and peaceful coexistence—concepts that originated in India. 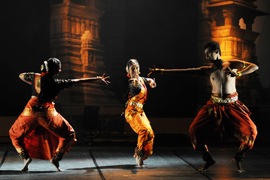 Min-On: You mentioned that there are seven different classical dance styles, and today you performed three of them. Please tell us about unique characteristics of each dance style you performed.

Dogra: The name kathak is derived from the Sanskrit word katha meaning ‘story’, and katthaka in Sanskrit means ‘he who tells a story’, or ‘relating to stories’. This dance form traces its origins to the nomadic bards of ancient northern India, and contains traces of temple and ritual dances, as well as the influence of the religious movement of bhakti. The northern parts of India where kathak developed are relatively prosperous, and those who came to colonize India mostly settled in those areas. During the colonial period under the rule of the British, kathak was transformed into the current dancing style of strong steps and movements to show their spirit of challenging authoritarian forces in the cause of freedom. The people fought for peace not with violence but rather through the art of kathak.

Arekar: The differences between dance techniques like kathak, odissi and bharatanatyam developed from differences of culture and language in geographically disparate areas. Different cultures, religions, ethnicities and languages naturally brought about a variety of techniques, styles, and forms of dancing. Also, the spirit or soul of those dance styles came from different religious beliefs and philosophies; however, the content or intent of any performance is universal, I think: that is the theme of universal love.

Dogra: Ekata means ‘oneness’, so the title of our performance, Ekatatva, means something like ‘becoming one’. One with the environment— each living being equally has a beautiful and precious life within it that can shine equally like a jewel; it is the oneness of yourself and the environment; a oneness of your mind and body; and we are all connected to each other—you and me as one. Everything can come together as one. That was the theme of Ekatatva, and indeed, this idea was learned from Min-On Founder Dr. Ikeda, who has said that music and arts have the power to bring us together as one.

Mashruwala: When I first got involved, we discussed what we should do and how we should express the concept of Ekatatva— becoming one. We got together and tried, but it was not easy to bring three different techniques of classical dance together. Each one has a different tempo, rhythm and movement. Yet the idea of Ekatatva allowed us to achieve our common goal. We were very lucky because there was no sense of competition or conflict. Often, artists want to project their own style of dance in a particular way, but instead, each of us concentrated on how we could change our part to fit with the others and to realize the concept of Ekatatva—becoming one.

Arekar: Realizing any collaboration requires mutual respect from the very beginning. There must be respect toward our movements, not just my movements or your movements. I think dances are paintings of movements in space and time. We always have to think about how our movements affect the audience’s view, because if each of us only thinks about our own movements instead of our movements as a whole producing one beautiful painting for the audience, the audience will be looking at three different paintings, which cannot be enjoyed all at once.

After our performance of Ekatatva was accomplished, we all experienced something very deep and spiritual. Our challenge was to combine three distinct dance techniques, but it ended up as something more than just technique; it was a very spiritual and philosophical experience. 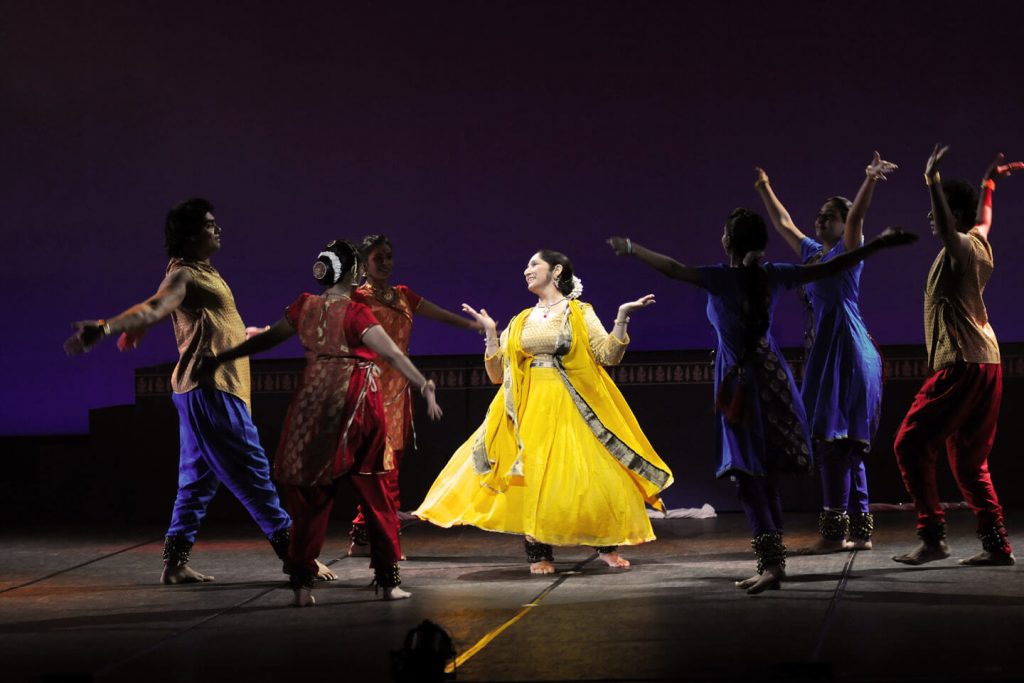 Min-On: Please share with us your impressions of this concert tour and your views on Min- On’s cultural exchange program.

Arekar: This tour has been the experience of a lifetime for me. It is one of the most professional concert tours I have ever been a part of. The artists were able to leave everything to the Min-On staff and concentrate only on the performances. I was greatly inspired by the efficient and exact work done by Min-On.

Mashruwala: I agree completely. It was a dancers’ dream. I was able to concentrate on connecting with the audience at each venue. And I am very happy that we could all touch the hearts of the audience members—even those far up in the balconies. Everyone involved in the performances—not just the three of us, but all the younger dancers and musicians too—felt blessed to be a part of them. It has been a truly unique experience and a superb tour for all of us.

Dogra: I truly admire the founder’s philosophy and Min-On’s accomplishment of building such great bridges of friendship with so many different countries. I felt from the audience that Min-On is truly an association of the common people. Performing arts are often commercialized just for showcasing, but Min- On has brought high quality performances from all over the world to millions of ordinary people in Japan with the aim of bettering humanity. So we are all proud to participate in the celebration of the 50th anniversary Min- On Concert Association’s founding.