Performance of Ekatatva Celebrates Solidarity Among the People 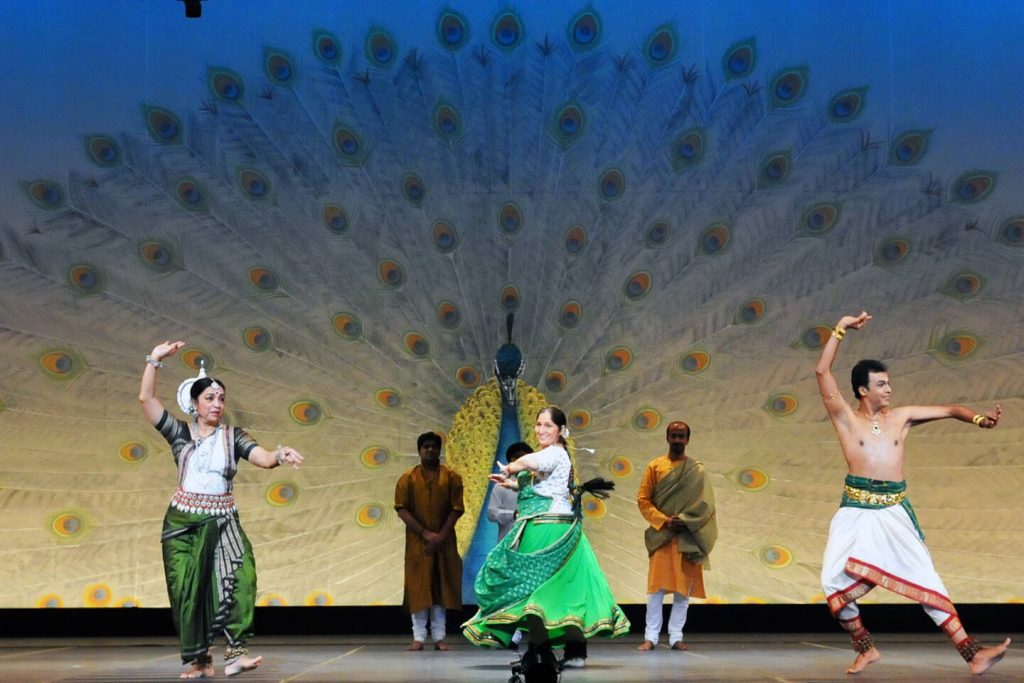 The Sanskrit word ekatatva means ‘unity’ or ‘one essence’. “Ekatatva,” says Uma Dogra, a virtuoso of Indian kathak dance, “is a common principle of our thought that strings together three dancers, three choreographers and three classical dance styles—odissi, kathak and bharatanatyam. It is about celebrating the use of the body through all of its movements to reach beyond the mundane in search of a higher existence.”

In celebration of the 60th anniversary of diplomatic relations between Japan and India, Min-On hosted a concert series entitled Dancing of the Lives on Mother Earth—A Creative Integration of Indian Classical Dances featuring some of India’s most prominent classical dancers and musicians. Their extended nationwide tour of 12 cities started in Hiroshima on November 26 and concluded in Tokyo on December 14 at Nakano Sun Plaza Hall with a capacity audience that included Indian ambassador H.E. Deepa Gopalan Wadhwa and many other distinguished guests.

The concert was specially produced and choreographed for this Japan tour based on the concept of ekatatva—a new collaborative fusion of different forms of Indian classical dance—and featured performances of East Indian odissi by Daksha Mashruwala, North Indian kathak—including a piece by award-winning kathak dancer, choreographer and teacher Uma Dogra—as well as South Indian bharatanatyam by Vaibhav Arekar, and classical music performances on the sitar, sarangi and tabla by acclaimed Indian musicians. For the finale, all the performers together dramatically and harmoniously performed a touching piece entitled Ekatatva, which drew both enthusiastic applause and tears from the audience.

Forty years since the first exchange in 1972, this Japan tour of Indian artists marked the 22nd occasion of cultural exchange between Min-On and the Republic of India. With the success of this nationwide tour, the Min-On Concert Association has commenced in style a year-long celebration of the 50th anniversary of its founding.