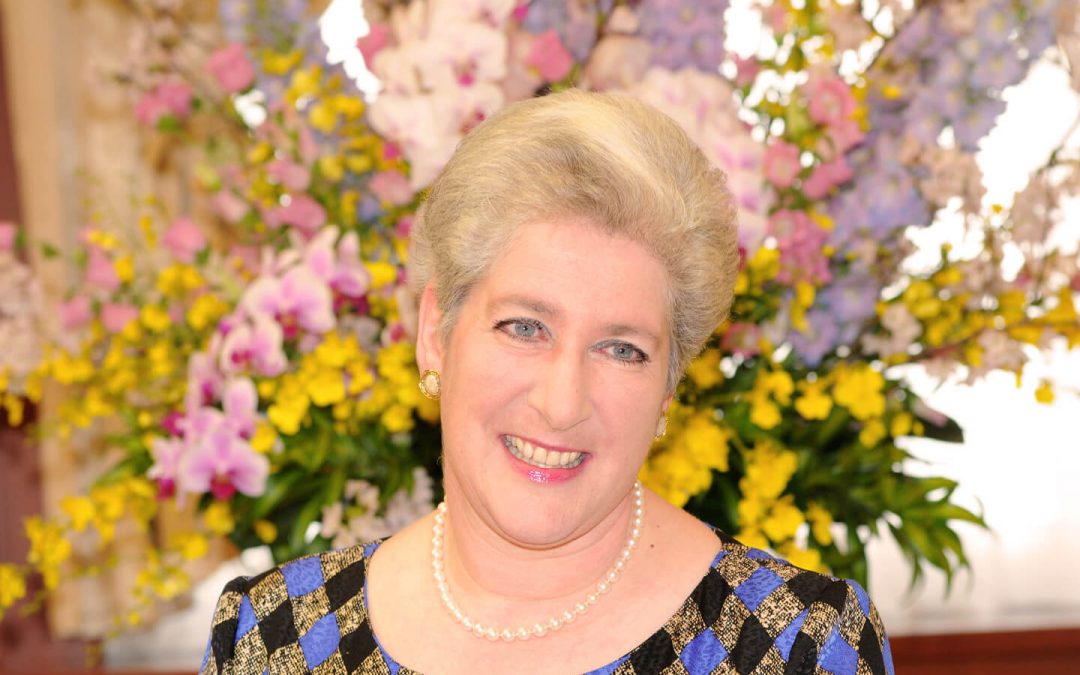 “Music is an expression of the soul; music has the power of healing.” 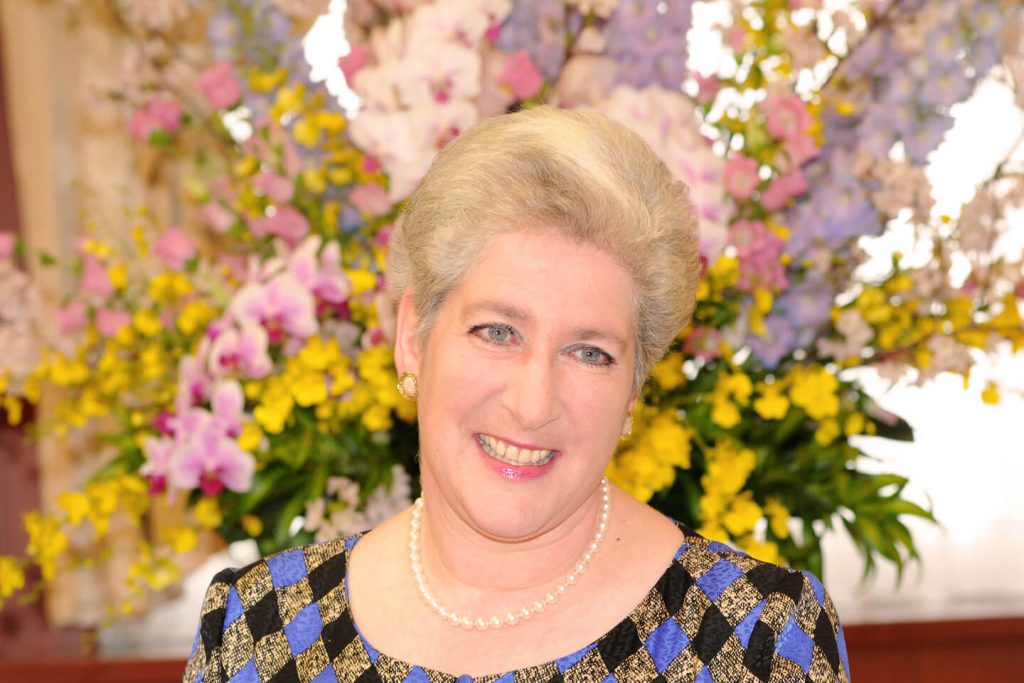 Min-On: After your recital of Flower Songs in All Seasons, many audience members shared their impressions and comments via our questionnaire, praising how wonderfully and accurately you sang in Japanese, and expressing how deeply they were touched by the beautiful way you interpreted them.

Charlotte Rothschild: Thank you very much for such heartfelt words. Japanese song is really special for me. For Japanese people, I think the poetry comes first, while the composer is almost secondary. However, composers of Japanese songs, such as Kosaku Yamada, Rentaro Taki and many others, have thought very carefully about the meaning of the poems and have set them to melodies in such a beautiful way. Kakkyoku, or Western-style Japanese classical songs, have the most beautiful lines of music to which the words are set. Conveyed in each song is the true feeling of the Japanese spirit. There is a certain sentiment conveyed in the songs, a sense of belonging to the furusato—a remembering of the homeland. Being Jewish, I believe I have similar feelings. Of course, I have had wonderful Japanese teachers, but I have spent a long time not only learning the Japanese words but also learning the meaning behind each word in the poems.

Min-On: How did you start singing and how did your music career develop as a singer?

Rothschild: I started very young. When I was little, I loved dancing more than singing, and wanted to be a dancer some day. But at the age of 12, I went to a boarding school and had to stop dancing because there were no suitable dance classes. So instead, I started to take singing lessons. My mother always encouraged me to learn singing, and at the age of 17, she sent me to her home country of Austria to study music for three-and-a-half years at the Mozarteum University of Salzburg, the home of Mozart. After that, I came back to England to study at the Royal College of Music in London for three years.

Rothschild: Music is an expression of the soul, and a means of talking to others without speaking. I think it is very important for young people to have the chance to play music and interact with one another through music. This relates directly to my experience, and that is why Simon established the youth orchestra and has organized wonderful programs for young people from many different countries to promote music all over the world.

Min-On: The founder of Min-On has often written about the power of music and the arts, and the important role of cultural exchange.

Rothschild: Music has the power to heal. Last year, right after the earthquake, I came to Japan for a concert in Sendai. It was—and still is—a difficult time for Japan, and I hoped that the concert might support and promote healing. Afterward, many people told us that their spirit had been lifted through the music. I was very humbled by that, but it is true that music has healing power. 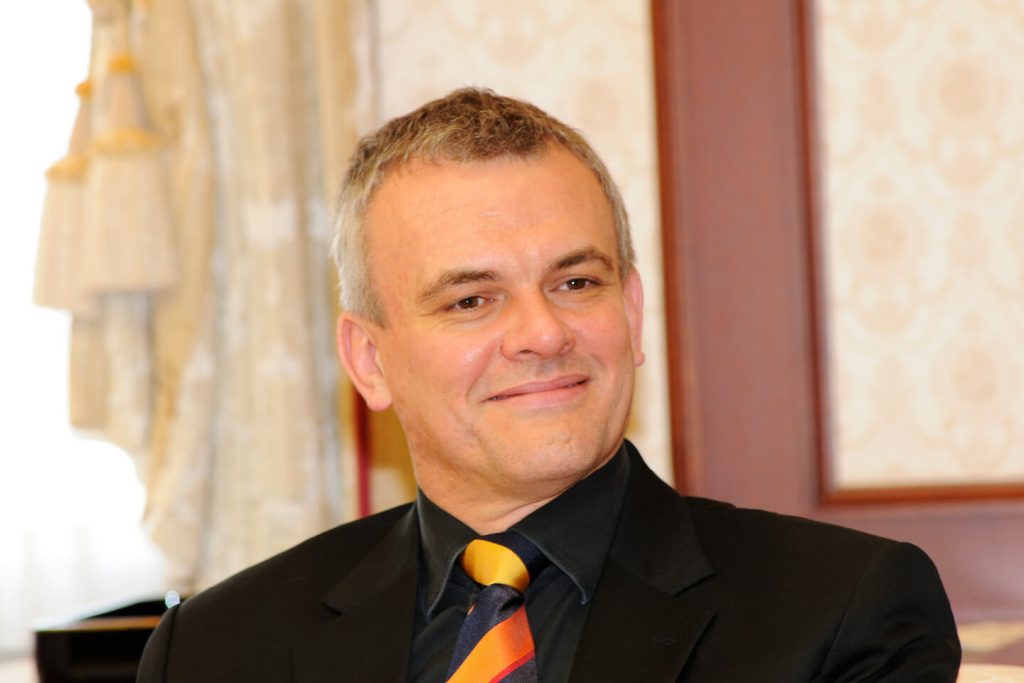 Simon Over: I absolutely agree. One of the patrons of my orchestra in the UK has suffered terrible tragedy in his life. He is a medical doctor, yet he maintains that the best preventative medicine is music, which keeps people well and strong. And that is why he says he prefers to invest in music rather than drugs, supporting our orchestra as well as other artistic endeavors.

I work with people of many different nationalities, and I see and experience how people can communicate through music even when they do not speak the same language. This is my first trip to Japan, and I speak no Japanese at all. But it is clear to me—just by seeing the expressions on people’s faces—that audiences are touched, and at the end of a concert, their faces tell how much they appreciated and were moved by the music.

In her program, Charlotte communicates with audiences through music with lyrics in their own language. But even without learning the language, music can transcend the language barrier.

Rothschild: After this Min-On tour, I will perform some of the same songs in Japanese in India. I even read in an Indian magazine how excited they were that this concert of Japanese songs was coming to India. I hope this will act as another bridge between India and Japan. Even though Indian people are from a completely different musical and cultural tradition, they enthusiastically embrace these Japanese songs even without understanding their meaning. And I suppose it is more amazing that an English person will deliver these Japanese songs to India!

This shows the power of music and the important role of cultural exchange. I am so lucky to be here in Japan for the third time on this Min-On concert tour, and deeply appreciate the Min-On Concert Association for tirelessly promoting the global exchange of musical culture.