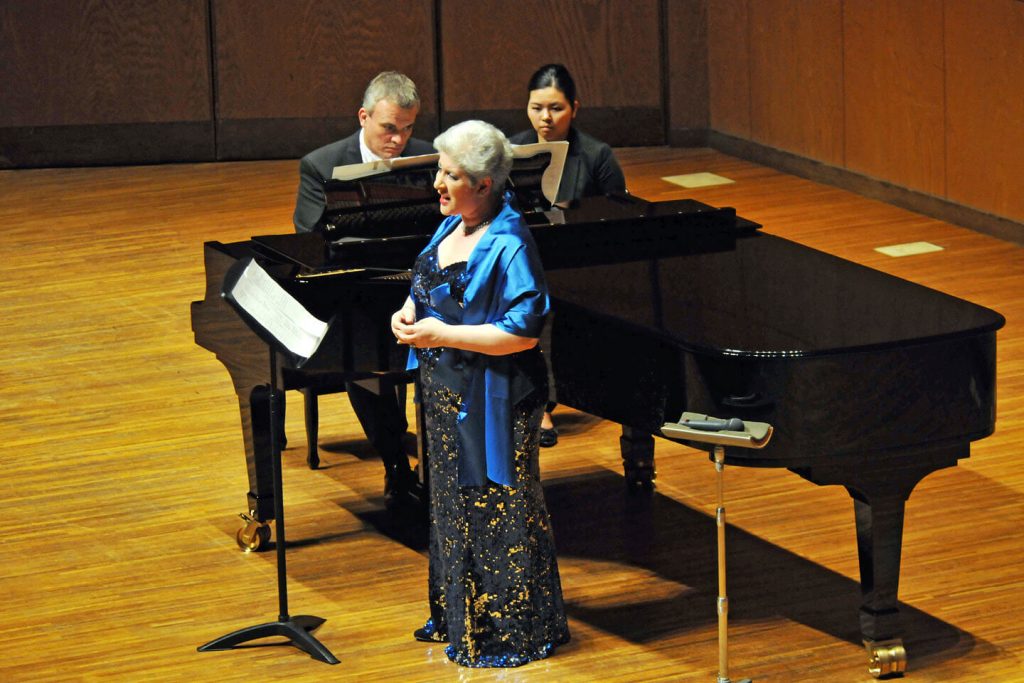 Charlotte Rothschild and Simon Over

In response to requests from enthusiastic audiences during her last Japan tour, Min-On hosted a soprano recital entitled Flower Songs in All Seasons by the internationally renowned singer Charlotte de Rothschild to a full house at the Tsuda Hall in Tokyo during the cherry blossom season on April 14. De Rothschild is an acclaimed British lyric soprano who specializes in oratorio and the Art of Song in a wide range of musical genres. With her broad and extensive repertoire, she has created some wonderful themed programs, the best known being Family Connections—all the songs are related to the Rothschild’s family history—which has been performed all over the world. As a global performer, she sings in 17 languages, and in this third tour organized by Min-On of five Japanese cities, she sang a number of Japanese flower-related songs, sensitively articulated in Japanese and characterized by her beautifully refined tone. Her graceful performance touched the Japanese soul and simultaneously drew both applause and tears from the audience.