Interview with H.E. Juan Carlos Capuñay, Ambassador of the Republic of Peru 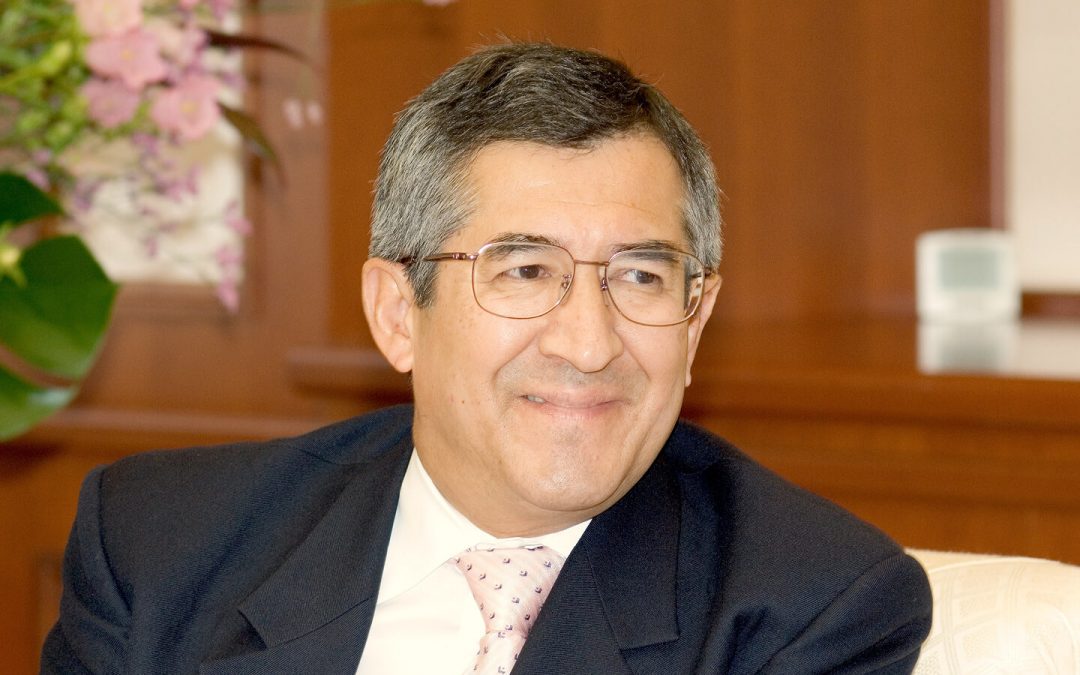 The interplay of history, geography and culture 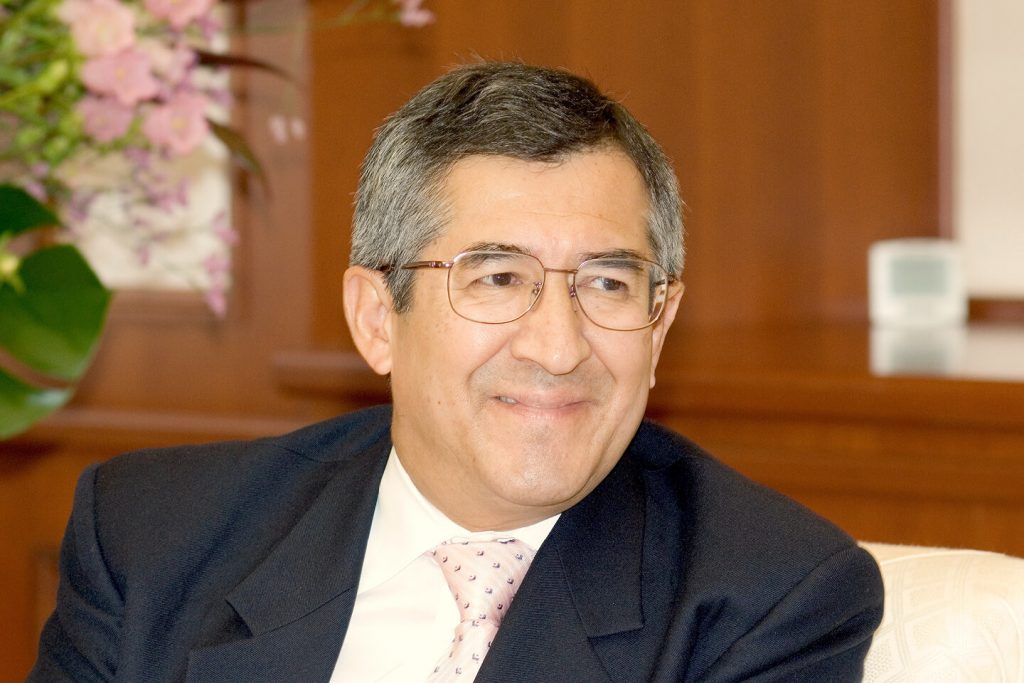 H.E. Juan Carlos Capuñay, Ambassador of the Republic of Peru

Min-On: Thank you very much for your kind support for and presence at the recent concert A New Legend of Peruvian Music. Please share your impressions of the event.

Ambassador Capuñay: First of all, I would like to express my appreciation for the fact that many Japanese people love Peruvian music. However, I’m sure most Japanese people think of Peruvian music only as folk music from the Andes, such as the famous El Condor Pasa; not so many people know about Afro-Peruvian music, which has its roots in the black population of Peru.

About ten percent of the Peruvian population is descended from the Africans brought to Peru by the Spanish in the 1500s. But while Afro-Peruvian music originated during the colonial period, and has developed since then, it was little known—even in Peru—until the 1950s.

Thirty-four years ago, Min-On introduced Andean folk music to the Japanese people, and has now brought a group of Afro-Peruvian artists to Japan—probably the first time this has been done. What’s more, the combination of Andean and Afro-Peruvian genres is highly unusual, and rarely seen even in Peru. For this reason, we really appreciate Min-On bringing A New Legend of Peruvian Music to the stage in Japan.

Min-On: Please tell us about the roots of Peruvian culture.

Ambassador: Peru is a blend of cultures, and it is full of colorful expressions of that diversity. In terms of its migration history, it is unique. The origins of our culture come from the indigenous peoples—the Quechua, for example, from the Andes, and the Incas. In the early 1500s, the Spanish came, bringing with them European culture, as well as the Africans I mentioned earlier, who in turn brought their own African culture.

In 1847, the first Chinese immigration came via Central America to Peru. They were part of the famous California “49ers”, but ended up traveling as far as Peru in search of gold. In 1899, the first Japanese immigrants to America arrived in Peru on a ship called the Sakuramaru to take up agricultural work.

Of course, more cultural influences came later on from Europeans, and even from Eastern European countries. This mix of cultures can be seen in every aspect of our daily lives. Take cuisine, for example: Peruvians eat raw fish in dishes such as ceviche and tiradito, which are very similar to Japanese sashimi in the way the fish is cut and sliced, and clearly show the influence of Japanese immigrants. Another example: if you go to highland areas, you’ll see people wearing traditional dress that looks similar to traditional costume found in parts of Asia.

In terms of music, Andean music is tonally and rhythmically similar—and uses the same five-note scale—as some kinds of Asian music, in contrast to typical European music based on eight-note scales. I think this is one reason why many Japanese people love and even feel a certain nostalgia for Peruvian music. 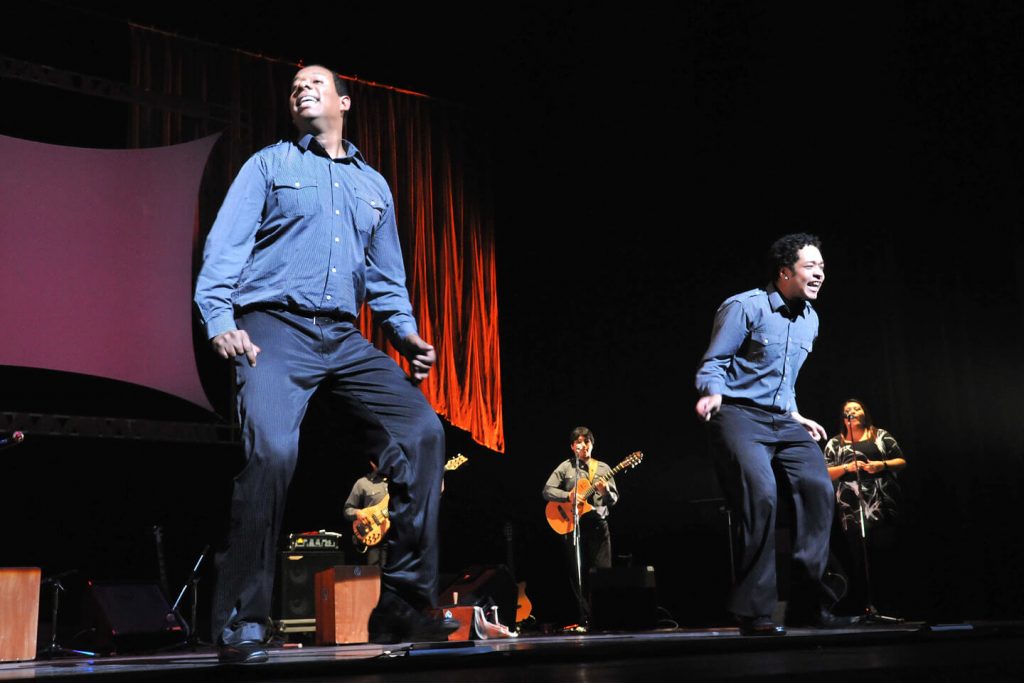 Min-On: How has Peru’s geography affected its culture?

Ambassador: Peru’s geography is extremely varied, ranging from the tropical rain forests of the Amazon Basin to arid desert, and from low-lying coastal regions to the Andes highlands—the sierra. Cultural artifacts, such as buildings, food and clothes, vary by region and reflect the cultural uniqueness of each area. For example, the indigenous Inca people lived in the Andes and developed the Andean highland culture even at an altitude of more than 6,000 meters. The Historic Sanctuary of Machu Picchu in the mountainous region is well known as the “Lost City of the Incas”, and the ancient mystic geoglyphs known as the Nazca Lines were created in the unique environment of the highland desert.

These famous historical sites are the typical images associated with Peruvian culture, attracting tourists from all over the world. But there are also many beautiful towns in the Southern part of the coastal region of Peru, such as Ica and Chincha Alta. The majority of Afro-Peruvians live in these cities, and have developed their own unique coastal African traditions. This Afro-Peruvian culture is, however, still not well known outside of Peru itself.

Ambassador: We try to educate children to value the cultural heritage from each area, and see it as part of Peruvian culture as a whole. We are very proud of our cultural diversity—it is one of our country’s most precious assets—and we try to promote the passing on of these cultural assets to future generations. That’s why in almost every school we have educational programs related to cultural heritage. For example, every schoolchild takes a cultural class—learning Afro-dance or an ethnic musical instrument, for example—for up to 10 years while they are at school. Our hope is that these children will grow to love and take pride in their own diverse culture. None of our cultural roots is denied: our origins are Andean, but we also talk about African culture, Asian culture and European culture without prejudice because these are the roots of Peruvian culture.

Min-On: As the ambassador of Peru to Japan, please share your impressions of working in Japan.

Ambassador: I feel very fortunate to be in Japan. This is actually the third time I have been assigned here: the first time was in 1970; the second was during the 1990s—during the so-called ‘bubble economy’; then I came here a third time after the economy began to deteriorate. Each period was very different, especially in terms of infrastructure and technological development. In the cities in particular everything has changed dramatically. However, the way Japanese people express friendship, love, and support toward other people has remained constant. In that respect, it feels the same as 37 years ago. To me, that is an aspect of Japanese culture to be respected and admired.

Min-On: Please share with us any comments or suggestions you have for the Min-On Concert Association.

Ambassador: I believe the activities of Min-On are important for us and for the world. What we are trying to do as an embassy is to establish closer relations with Japan. We aim to promote a relationship that goes beyond just the political and the economic; our aim is to build a relationship between our peoples and our societies. An economic relationship has its own particular channels; the relationship is sometimes good, sometimes bad. It is the same with political relationships. The only element that can provide a stable, long-lasting relationship is friendship between peoples.