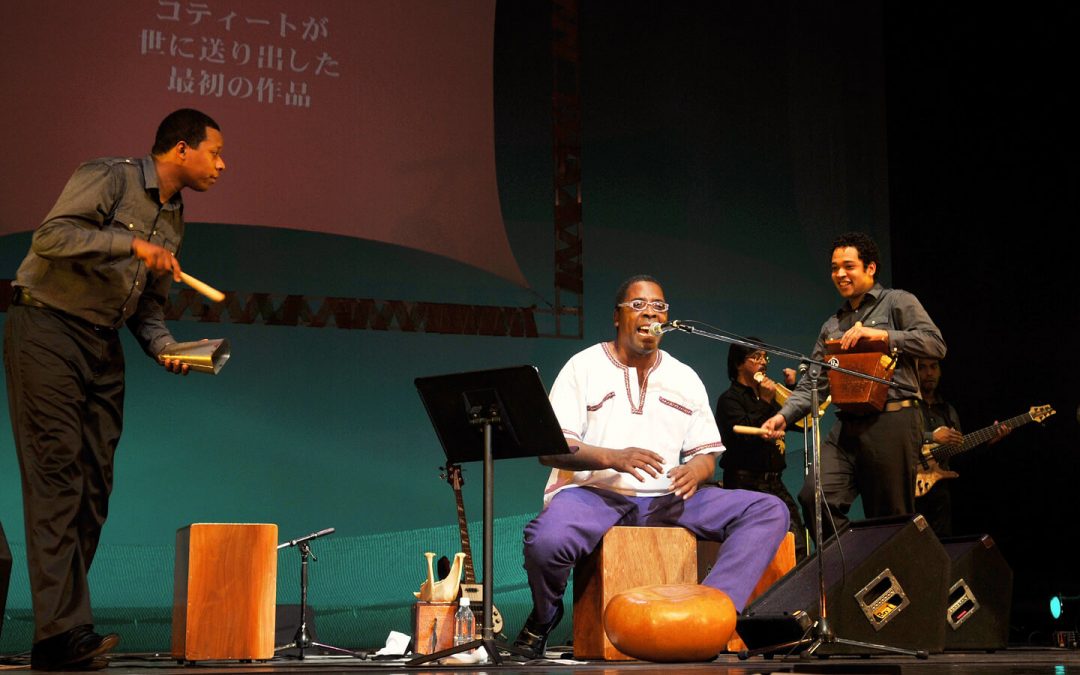 “I felt like I was playing music for my neighbors.” 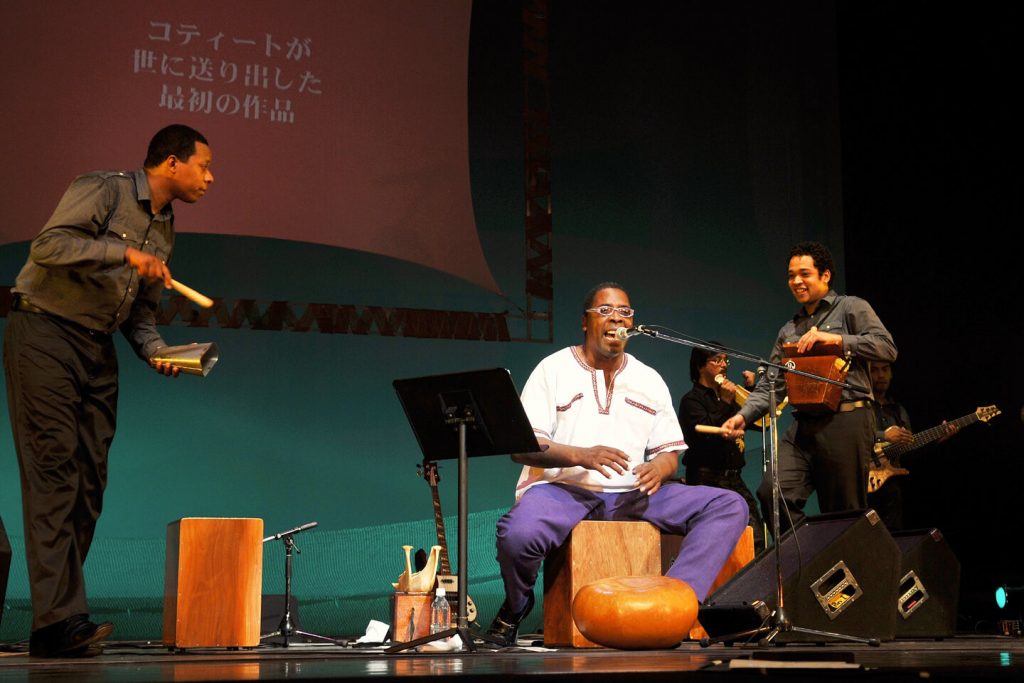 Min-On: You are an acclaimed cajón player and have even been appointed as an ambassador of the cajón by the Peruvian government. Please tell us about the instrument.

Juan Medrano “Cotito”: This unique percussion instrument originated in Peru. During the colonial period, the Spaniards brought African slaves to Peru for their colonization of the coastal desert area known as the costa. The slaves brought with them the music of Africa, and this gradually blended with the music of the indigenous people, as well as some elements from European music, creating the unique musical culture we know today as criollo. The cajón was born out of that process.

The word cajón literally means box—a simple wooden box became this unique percussion instrument, which has become an integral part of Afro-Peruvian music, and is now used widely in many different genres of music around the world. The cajón has even found its way back to Spain, and is now an essential instrument in flamenco music.

Min-On: What was your impression of A New Legend of Peruvian Music?

Cotito: It was a wonderful production, and I really want to thank Min-On for organizing and promoting such a unique collaborative performance. Mac Salvador and his band were first to come onstage. He is one of the most popular artists from the Andean music scene, and he has a unique and beautiful voice. Then we had El Colectivo Palenke representing Afro-Peruvian music with a superbly dynamic performance. Although the cajón is usually played in traditional styles of music, they have created exciting arrangements of pieces played in modern styles.

I really enjoyed playing the cajón onstage with these two groups of artists from diverse genres of Peruvian music—something I never experienced before, even in Peru. I also had the opportunity to introduce a rare ethnic percussion instrument called a checo, which is made from a large, hollowed-out gourd. Although it has traditionally been played only in one particular area of northern Peru called Zanã, I have tried to keep the instrument alive for future generations. In fact, during this tour of Japan, I received news from Peru that the checo has been designated a national treasure by the Peruvian government.

Min-On: How did you become a professional musician?

Cotito: My uncle was a musician, so I was interested in music from a young age. However, my mother was strongly against the idea of me becoming a professional musician, believing that there was no way to make money from playing music. So I went to college and studied journalism, but I never really gave up the idea of becoming a musician. And even after I became a professional musician, for a while I pretended otherwise to my mother! Now, however, she is proud of me!

Min-On: Please share with us your thoughts on the Min-On audiences.

Cotito: This is the first time I’ve performed in Japan. I had thought that Japanese people were always reserved and formal, so I was surprised when some people started dancing along with our performance. The audiences genuinely seemed to enjoy the music, and it was a great experience to witness people from another culture embracing Peruvian music. Japan is far from Peru, but I felt like I was playing music for my neighbors.