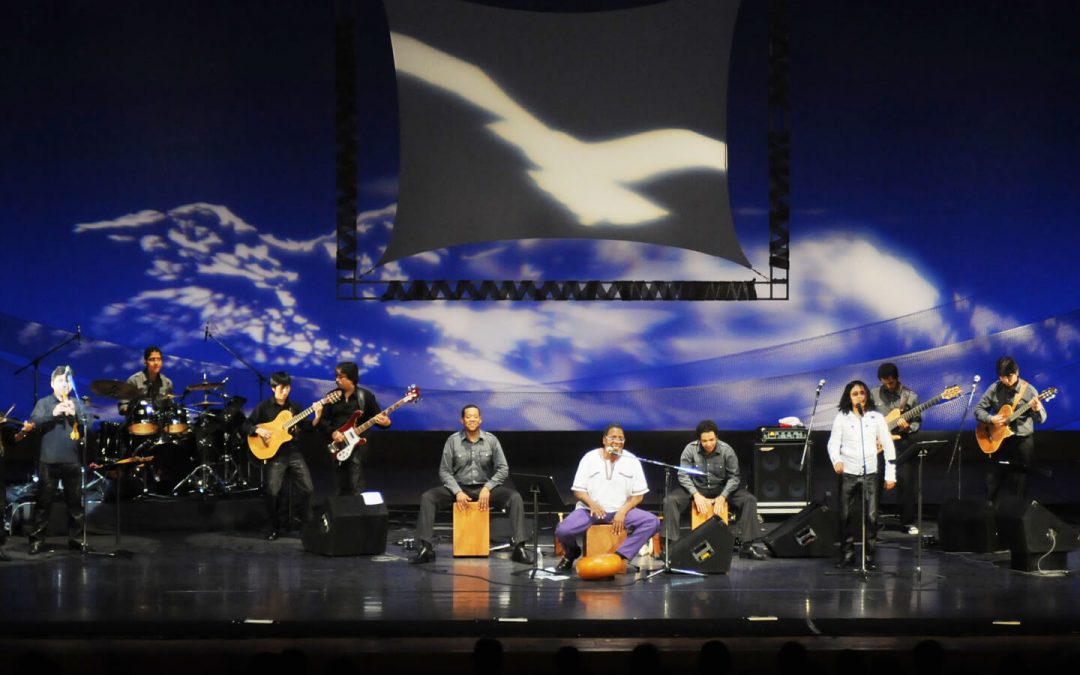 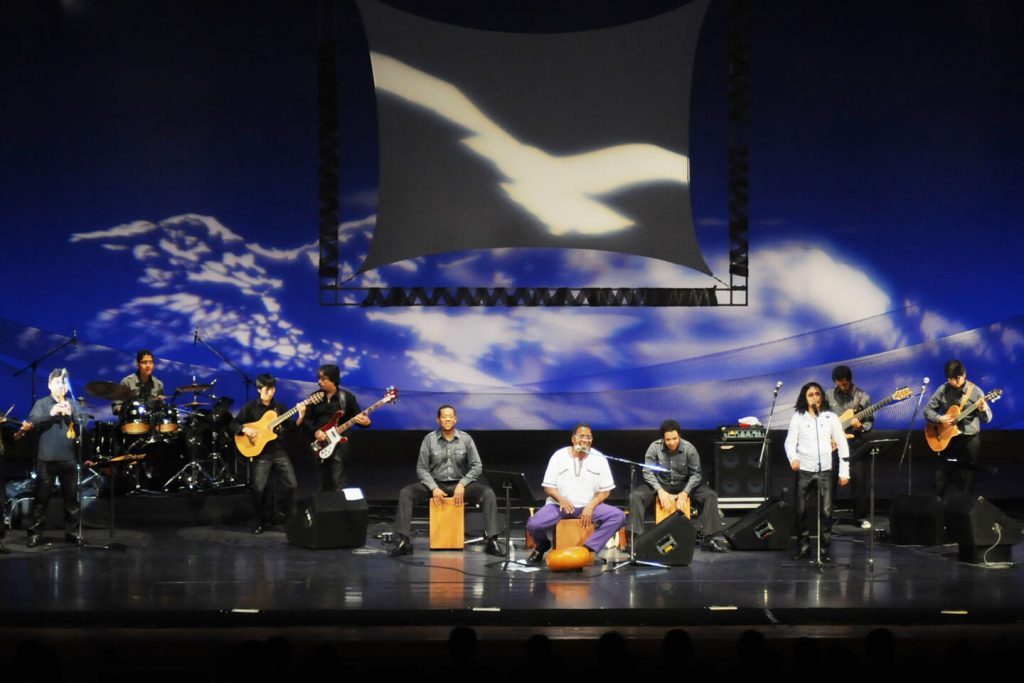 A New Legend of Peruvian Music on stage

Organized by Min-On, and cosponsored by the Ministry of Foreign Affairs of Peru, Prom-Peru, and the Embassy of Peru in Japan, a successful concert tour of Peruvian artists entitled A New Legend of Peruvian Music played to audiences in nine cities in Japan as well as several venues in Taiwan during the months of November and December 2011.

Onstage together for this unique collaboration were award-winning singer Mac Salvador and a group of Andean musicians representing modern Andean folk music, the outstanding Afro-Peruvian group El Colectivo Palenke, and Juan Medrano “Cotito,” a Latin Grammy Award-winning master percussionist. The ensemble captivated audiences with melodic vocals, the evocative sounds of various folk instruments, and infectious rhythms. The music was complemented by the acrobatic footwork of Afro-Peruvian dance in both contemporary and traditional styles.

The concert concluded with extended applause for a joint performance of the beloved music of El Condor Pasa.