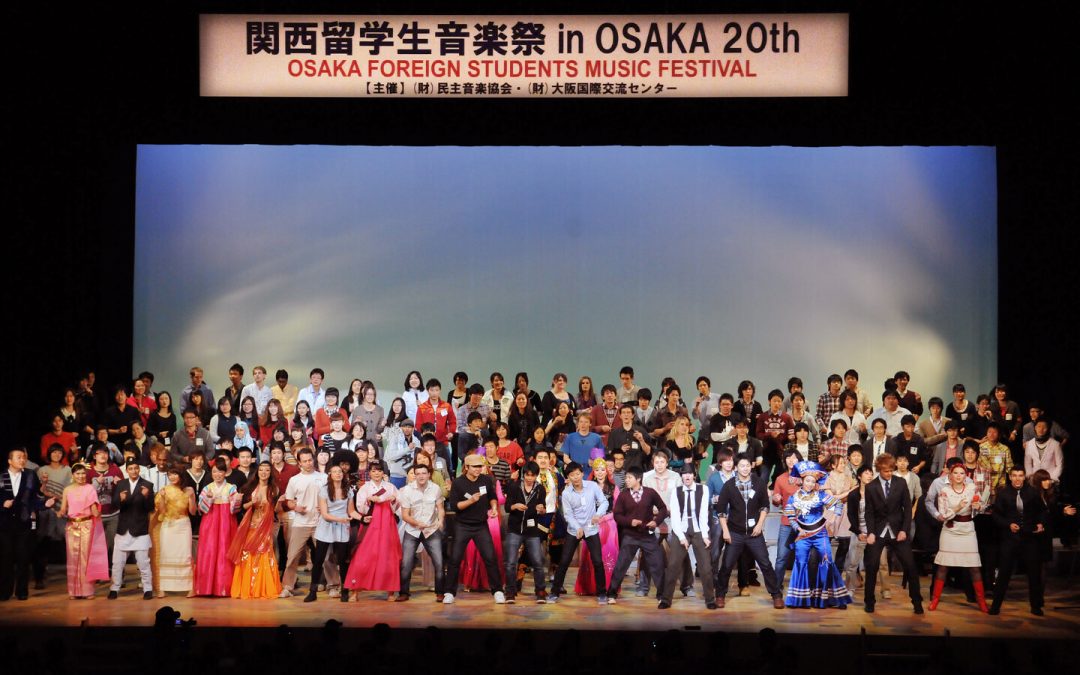 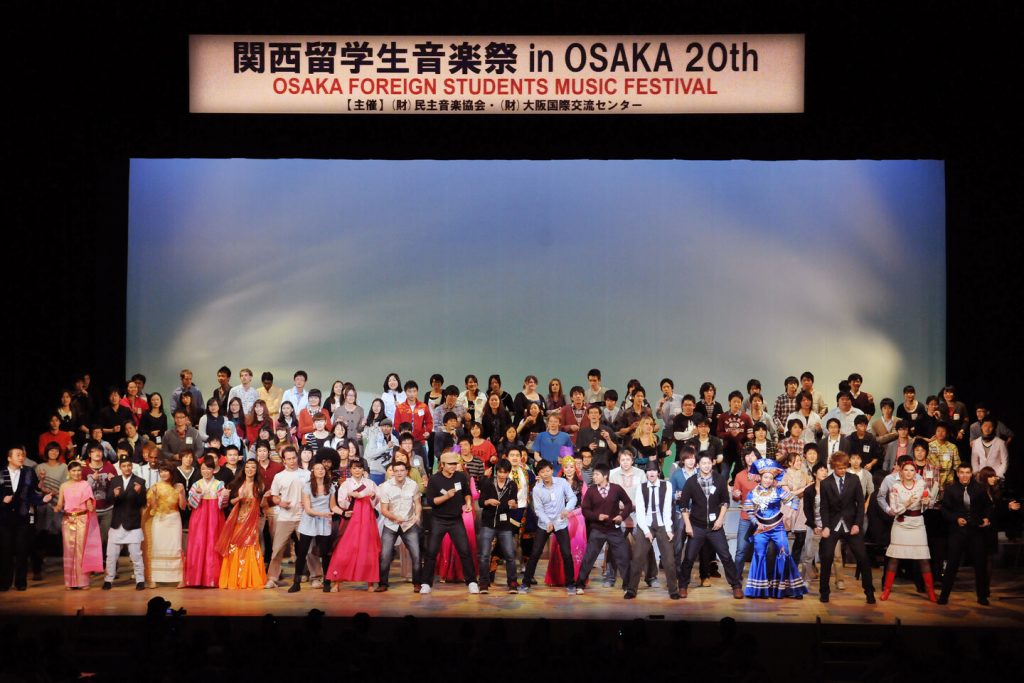 Students from around the world onstage in Osaka

On December 4, 2011, 87 international students from 19 countries and regions studying at universities and colleges in the greater Kansai area gathered in the grand concert hall of the Osaka International House Foundation for the 20th Kansai Foreign Students Music Festival. The capacity audience of more than 800 people included distinguished guests from the Kansai area international community.

To promote intercultural understanding at a grassroots level, and to help create a worldwide network of friendship and goodwill among people from different countries around the world, Min-On has sponsored these international student festivals on an annual basis since 1989 alternatively at venues in Kyoto and Osaka.

At the beginning of the festival, Min-On President Kobayashi gave words of greeting and introduced a message from Min-On’s founder: “Music and art have the wonderful power to make it possible to transcend the barriers of language and nationality and to create solidarity among different peoples. Today’s music festival shall be a shining example as a microcosm of peaceful human society.”

Wearing colorful ethnic costumes, the students presented traditional and popular songs, as well as music and dance from their respective countries. For the finale, all participants came onstage together, expressing their joy and sense of achievement in making such a success of the collaborative performance, and contributing in a small way to bringing about lasting peace in the world.

After the festival, a student from Korea expressed his hopes: “It was a wonderful experience feeling that the world had become one. I am more confident that the world can be made a more peaceful place.” The deputy consul general of Thailand shared his impression, saying “It was so exciting to see students from different countries standing shoulder to shoulder on the same stage, creating a wonderful bond of friendship that will make the future brighter.”