Min-On Music Journey No. 30: The Republic of Finland Welcome to Min-On’s Music Journey! Today, the Min-On Concert Association and the Embassy of Finland in Japan welcome you to the Republic of Finland in Northern Europe. 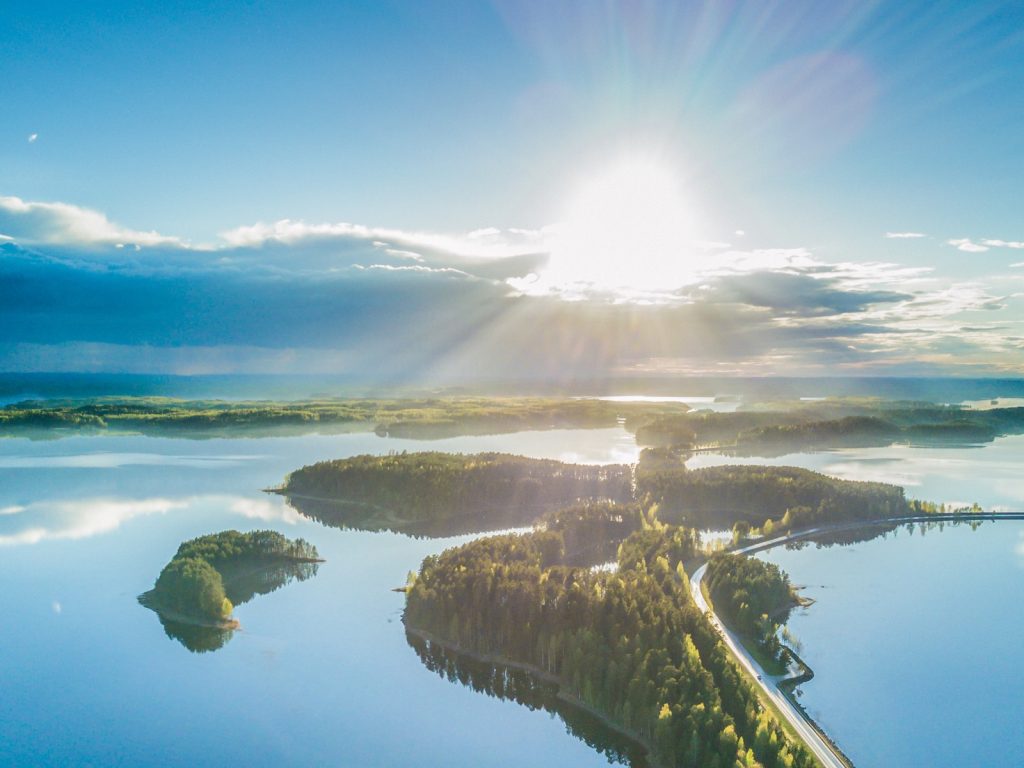 About 30% of Finland lies inside the Arctic Circle. It also has over 180,000 lakes that account for 10% of the country’s area. Finland is also the most verdant country in Europe, thanks to expansive forests that cover 2/3 of its landmass. The UN put Finland first in their 2021 World Happiness Report (which ranks countries according to GDP, healthy life expectancy, social support, level of freedom and more) for 4 consecutive years, indicating that most Finnish people lead fulfilling lives. About 650,000 people live in Finland’s largest city, Helsinki, located on the Gulf of Finland, which has a complex topography including beautiful small bays, peninsulas and islands surrounding the city. The downtown area is home to Helsinki’s modern art museum, central library and culture hall. These buildings feature modern architecture and are a joy to observe. Visitors will also find authentic Finnish saunas all over the city that are used daily by locals of all ages. On the outskirts of the city, Roihuvuoren Cherry Tree Park includes 315 cherry blossom trees, and large crowds gather to view them during cherry blossom season (May to June). 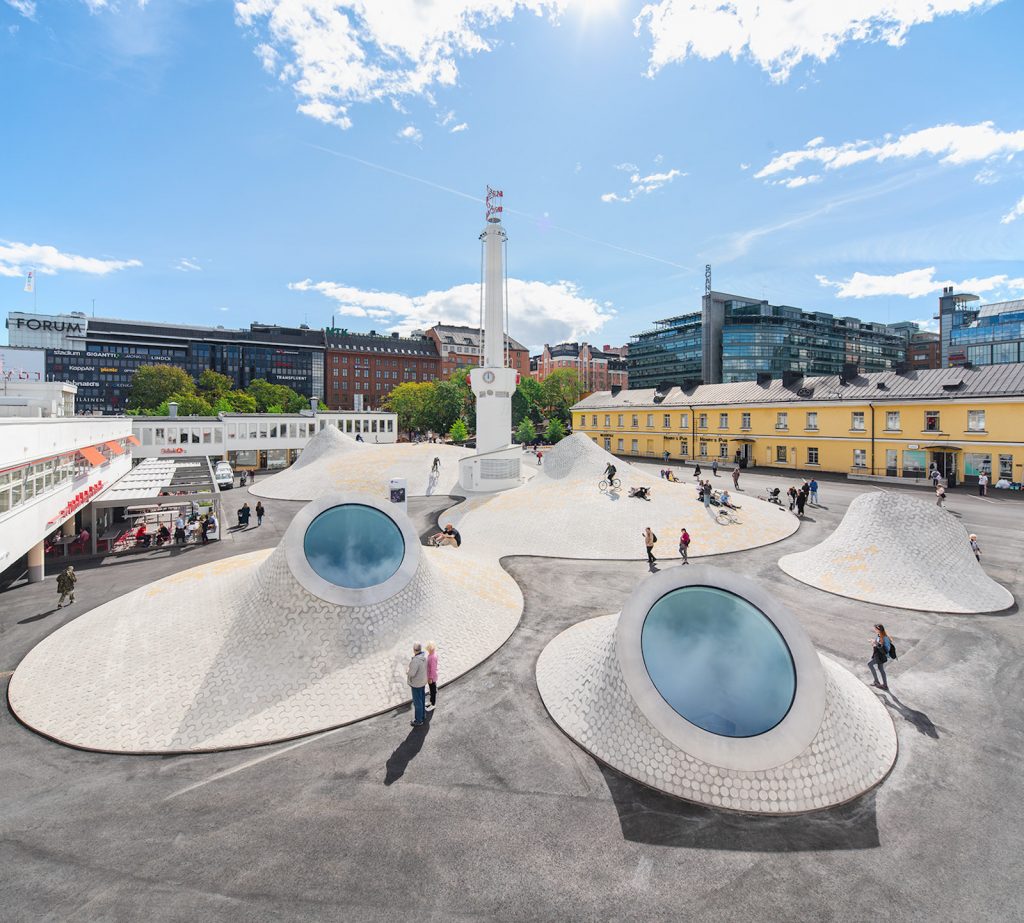 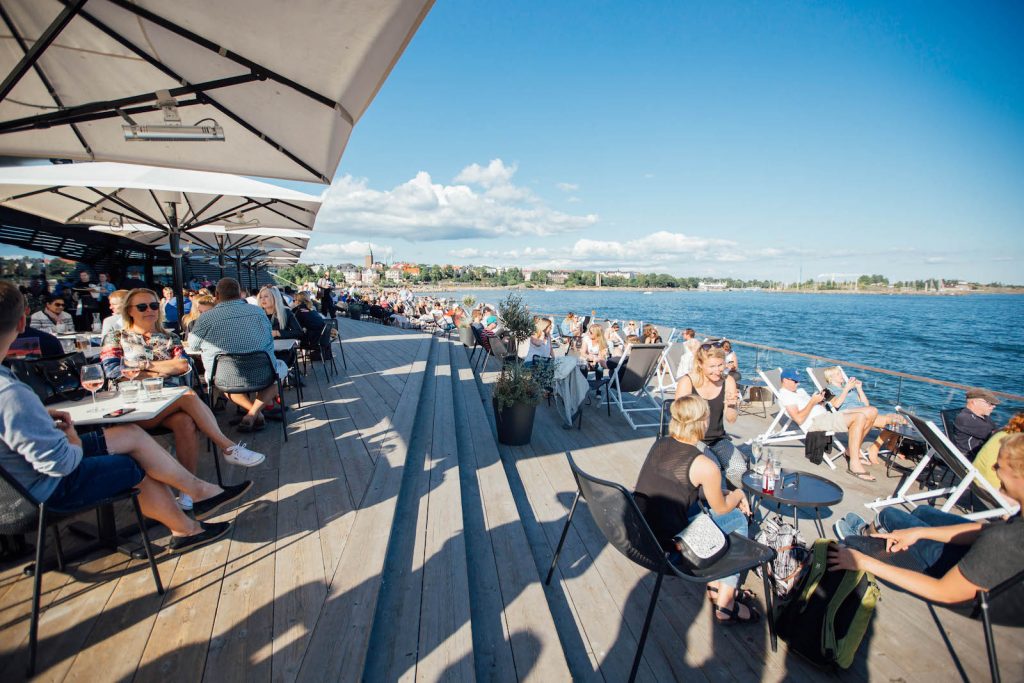 The Fortress of Suomenlinna, a World Heritage Site

The Suomenlinna sea fortress was built on a group of islands outside Helsinki during Swedish rule in the 18th century, and it remains largely intact today. Historians believe Sweden built it to defend against attacks from nearby Russia, an enemy at the time. UNESCO registered the Fortress of Suomenlinna as a World Heritage Site in 1991. Helsinki ferries provide easy access to the fortress, and it’s a popular place for day trips and picnics. There are many restaurants and cafes on the islands, making them a popular tourist destination. The islands are also home to about 800 permanent residents. It’s said that Finland has enough saunas to accommodate its entire population of 5.4 million people at once. Saunas are often included in hotels and sports facilities, as well as universities and commercials buildings. There are even ferris wheels with sauna cars and sauna booths in ice hockey stadiums where you can warm up while watching the game! At lakeside saunas, you can relax and then cool off with a dip in the cold waters. Finnish company leaders have even been known to make important business decisions in saunas instead of conference rooms. In the rest of the world, Santa Claus comes just once a year, but in Finland, you can see him anytime. Santa is always waiting to greet visitors who come to Santa Claus Village in Rovaniemi—the Lapland region of northern Finland. The village’s post office receives hundreds of thousands of letters every year from all over the world.

Santa’s sleigh would be nothing without his reindeer. Reindeer are a symbol of Lapland, where locals raise them as semi-domesticated animals. It’s believed that Lapland has as many reindeer as humans.

The charm of Lapland

About 6,000 native Sami people live in Lapland, which spans three Scandinavian countries and Russia. Their colorful national dress made of felt is called a kolt. Most kolt are woven by hand by Sami women. The ornamentation used varies by region, and locals can tell at a glance which region someone is from by the patterns they are wearing.

Lapland has some incredible places to stay the night, and the glass igloo is high on the list. The ceilings of these special cabins are made of glass, and if you get lucky, you’ll be treated to a full view of aurora borealis from your bed! Mölkky is a Finnish sport developed from a traditional game in the Karelia region. Players group wooden pins called skittles (similar to bowling pins) and throw a wooden stick called a mölkky to knock them down. Players earn points for the skittles they knock down, and the first to reach exactly 50 points wins.

Finland has a reputation for weird events, and the Wife-Carrying Championship is one of them.  The Finnish competition began in 1992 and became an international competition in 1995. Each competitor carries their wife on their back through a 250-meter course, clearing obstacles to reach the finish line. Finland is also home to over 80 other weird competitions, including the Air Guitar Championship and the Mobile Phone-Throwing Championship. Competitors in the Wife-Carrying Championship

Heavy metal is an intense genre of rock music. Although it started in America and the UK in the 1970s, the heavy metal giant Finland has the most metal bands per capita. The annual Tuska Open Air Heavy Metal Festival in Helsinki is the largest in Scandinavia, and has exploded in since the first festival in 1998. The three-day festival now welcomes over 30,000 passionate fans every year. 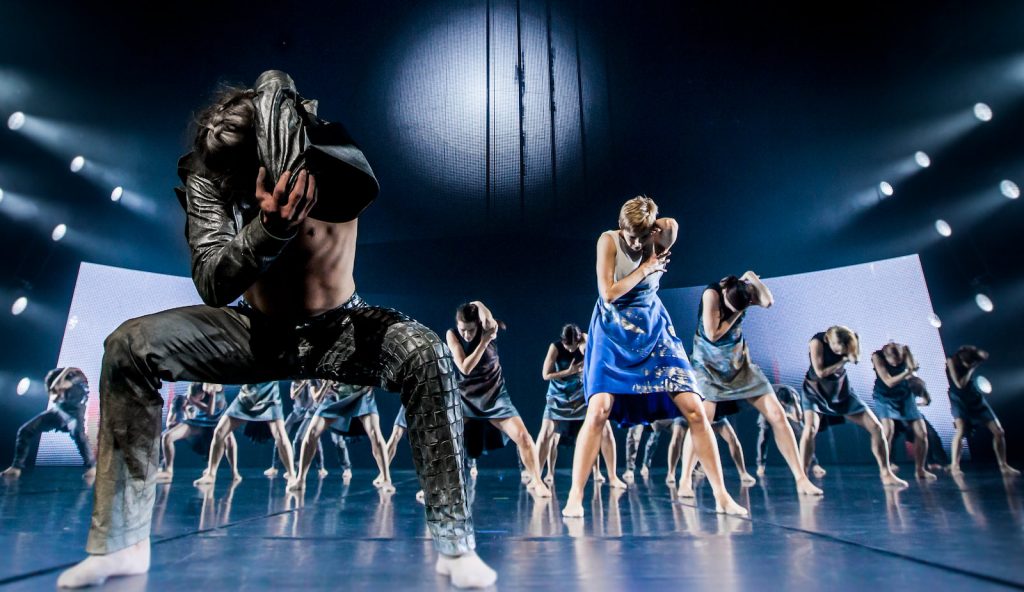 Contemporary dance, which is currently thriving in Finland ©Mikki Kunttu 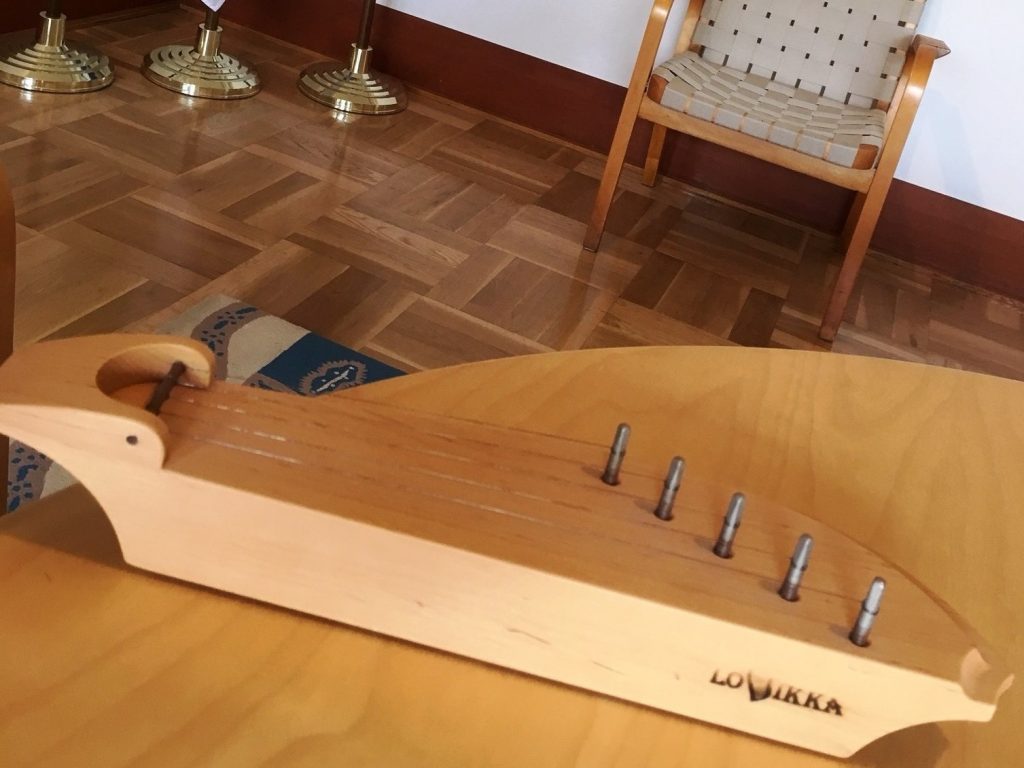 Min-On has hosted many Finnish artists, and we would like to feature a few pieces from those performances here.

First, we would like to feature two pieces from the 2016 Sväng Harmonica Quartet concert.

This unique Finnish quartet of harmonica players was formed in 2003 and consists mainly of graduates of the prestigious Sibelius Academy.

Please enjoy how they expertly create rich, full music using just harmonicas in the songs below: “Finlandia” by the legendary Finnish composer Sibelius, and the pop tune “Sväng Time Rag.”

Next, please enjoy some of Rajaton’s best songs about love, life and death from their concert held in 2019 to celebrate the 100th anniversary of the establishment of diplomatic relations between Japan and Finland.

This a cappella group of three men and three women formed in 1997 at the prestigious Sibelius Academy. They perform over 100 concerts a year both in Finland and abroad. Their charisma has made them incredibly popular in Scandinavia and among a cappella fans.

Please enjoy their beautiful, clear harmonies that move the hearts of audiences across the world.

Next, we would like to introduce some musicians recommended by the Embassy of Finland.

Ida Elina is a popular kantele player, who pairs the traditional Finnish instrument with modern pop and rock music to create pop-kantele music. She has attracted a lot of attention through avant-garde techniques, including a guitar slap, and thrills audiences with covers of world-famous artists like Michael Jackson, and by playing alongside popular rock bands. She has performed many live concerts both at home and abroad, including the 2020 Independence Day reception hosted by the president of Finland. She graduated from the Sibelius Academy and has also studied abroad at the Hokkaido University of Education in Japan. Ida Elina – “Under the Same Sky” The Mieskuoro Huutajat (Men’s Choir Shouters) is a choir from Oulu in northern Finland, but this choir doesn’t sing. Instead, about 20 to 40 formally dressed men politely line up and then start shouting the lyrics of things like the national anthem, children’s songs and famous poems. The group is brimming with the Finnish sense of humor. This cello metal band was formed by a drummer and three exemplary Finnish cellists. They formed the band in 1993 while at the Sibelius Academy and debuted with an album of Metallica covers that put them on the map. They have now sold millions of albums worldwide. They have also appeared with many of the world’s top musicians, including collaborations with Japanese rock stars like Tomoyasu Hotei and Vamps, a band created by vocalist Hyde from L’Arc-en-Ciel. The midnight sun, a phenomenon that happens in the North where the doesn’t set ©Jaakko Posti

What did you think of your music journey to Finland? There are still many more places to go! Please look forward to our next destination.

(Produced in collaboration with the Embassy of Finland. Photos provided by the Finnish Tourist Board and Vist Finland.)