Sväng a Study in Simplicity, Compactness and Virtuosity 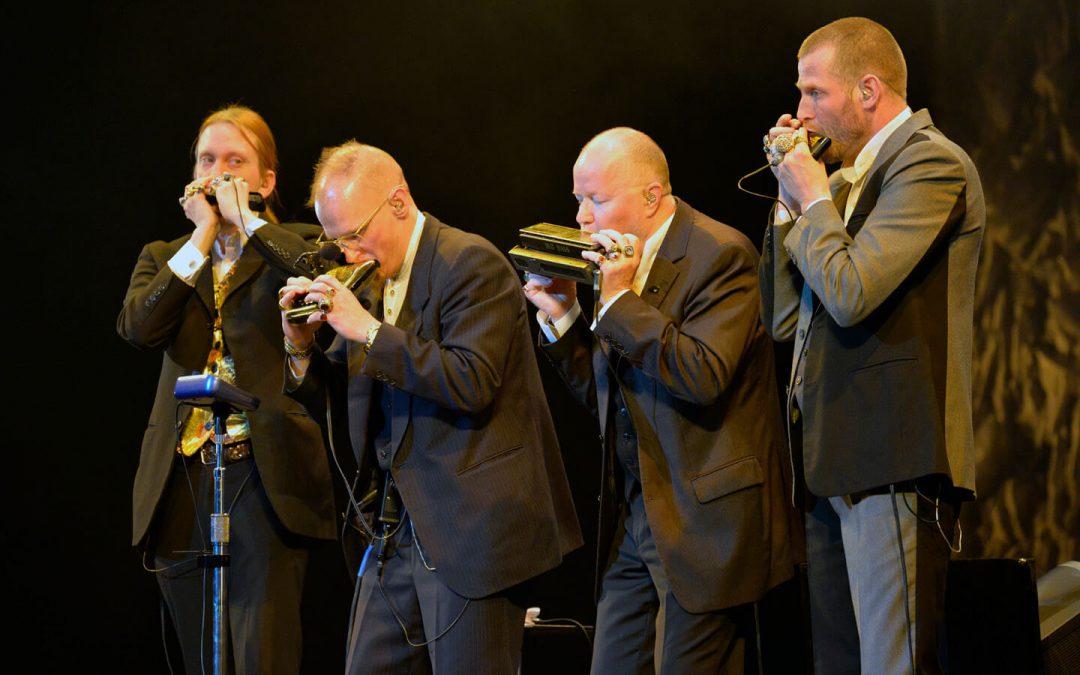 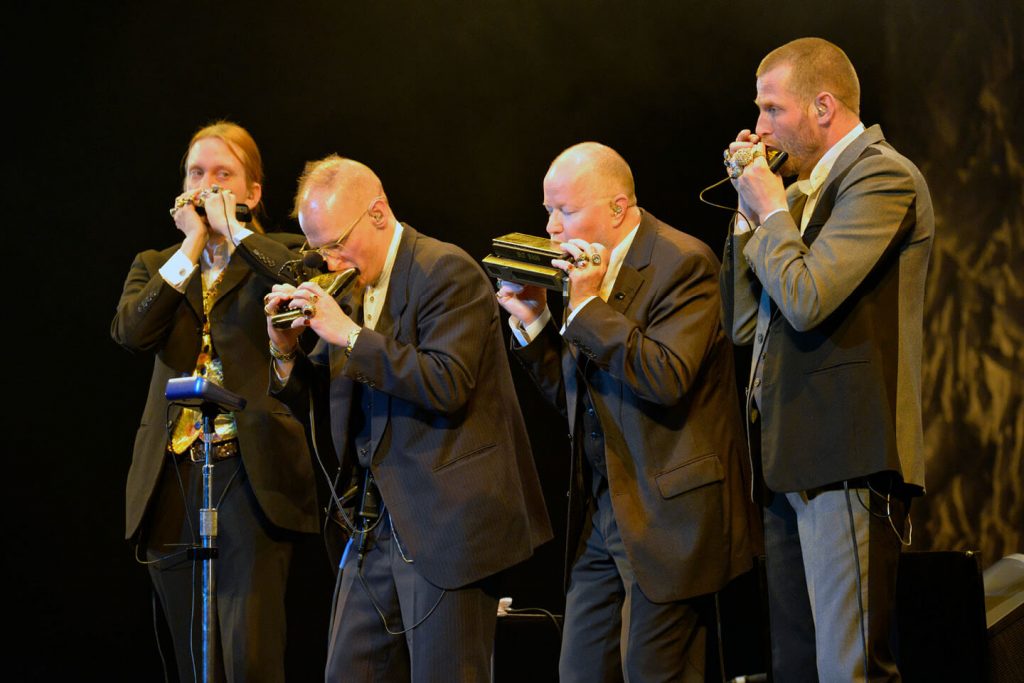 The concert began with a quiet entrance of four gentlemen dressed in three-piece suits without neckties, carrying briefcases in hand. After lining up at center stage, each of them unclasped their briefcases simultaneously, and brought out small, box-like instruments, all different in shape and size.

They are the Finnish harmonica quartet, Sväng. The group was formed in 2003 at the initiative of Jouko Kyhälä, who graduated from the Sibelius Academy with a major in harmonica and later became the first Doctor of Harmonica Arts in Helsinki. Dr. Kyhälä plays the rare chord harmonica “Harmonetta,” while Eero Turkka and Eero Grundström—also graduates of the Sibelius Academy—play chromatic and diatonic harmonicas. Pasi Leino, the eldest quartet member, plays the ultimate low bass harmonica, which is the largest of them all. Each member is not only a superb harmonica soloist, but also a multi-instrumentalist, composer and master improviser. Sväng is an unprecedented quartet in terms of simplicity, compactness and deep musical capacity.

With the support of the embassy of Finland in Tokyo, Min-On invited Sväng to deliver their extraordinary harmonica performance to Japanese audiences in five cities in early spring, 2016. Tetsuya Kuwayama, who is the only Japanese player of the Belgian button accordion (also categorized as a free-reed instrument alongside the harmonica) served as guest emcee, explaining the features of harmonica music and each different harmonica to the Japanese audiences. The versatile and slightly comical quartet showcased a wide-ranging repertoire of tango, pop and folk music, as well as ragtime, Chopin’s classics, Sibelius’ masterpieces and Japanese children’s songs, not to mention Sväng’s original compositions, all performed with harmonicas only. At every venue, the audience was captivated by their incredible technique and fascinated by the great artistry of the sophisticated harmonica sound.