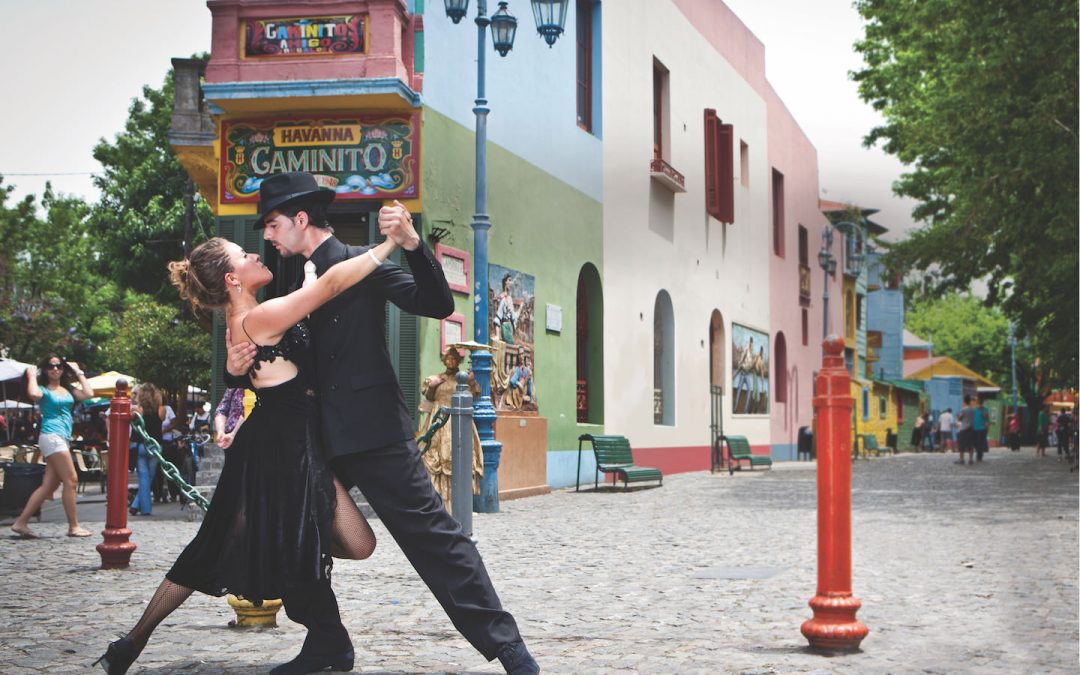 Welcome to the 10th installment of Min-On’s Music Journey—today, Min-On Concert Association and the Embassy of Argentina in Japan guide you to the “Land of Silver.” The Argentine Republic abounds with majestic natural beauty and diverse culture. 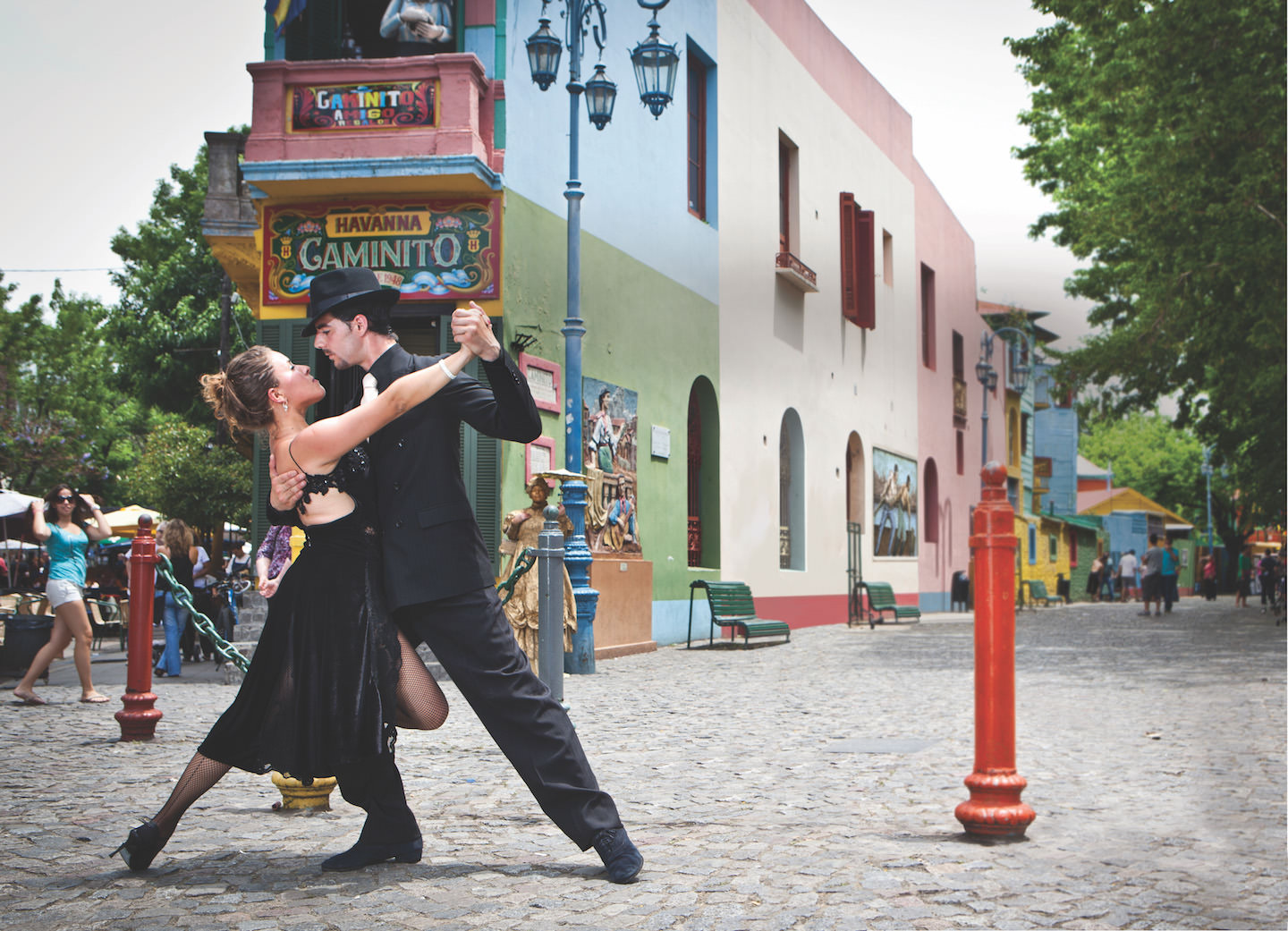 Caminito in the capital of Buenos Aires

The capital of Argentina, Buenos Aires, is a port city located at the mouth of the La Plata River that prospers as a center for trade. Because of its beautiful European-style appearance, it is also called “the Paris of South America.”
The center of the city is lined with skyscrapers and buildings of major historical and political importance. These include the Obelisco, built in 1936 to commemorate the 400th anniversary of the city’s founding, the Teatro Colón, one of the foremost opera houses in the world, and the president’s palace.

The La Boca area in southeastern Buenos Aires is home to Caminito (“little path”), which is lined with uniquely painted, multicolored houses. The colorful buildings draw many sightseers. Argentina is the eighth largest country in the world by area, and contains many places where visitors can enjoy the splendor of nature. The Los Glaciares National Park in particular is a must-see. It is located in the Patagonia region, which is crossed by the 40th parallel south, making it one of the southernmost places in the Southern Hemisphere. The Perito Moreno Glacier, animals including Magellanic penguins and guanacos inhabiting the park and the spectacular views are all highlights here.

The Submarine, an unusual rock formation at IIschigualasto Provincial Park, AKA the Valley of the Moon

Each region of Argentina has a unique allure. For example, the Cuyo region commands a view of the Andes Mountains, and the Littoral region is surrounded by a magnificent natural environment that includes Iguazú Falls, one of the world’s greatest waterfalls. Please see the videos below to enjoy a virtual journey to each region. 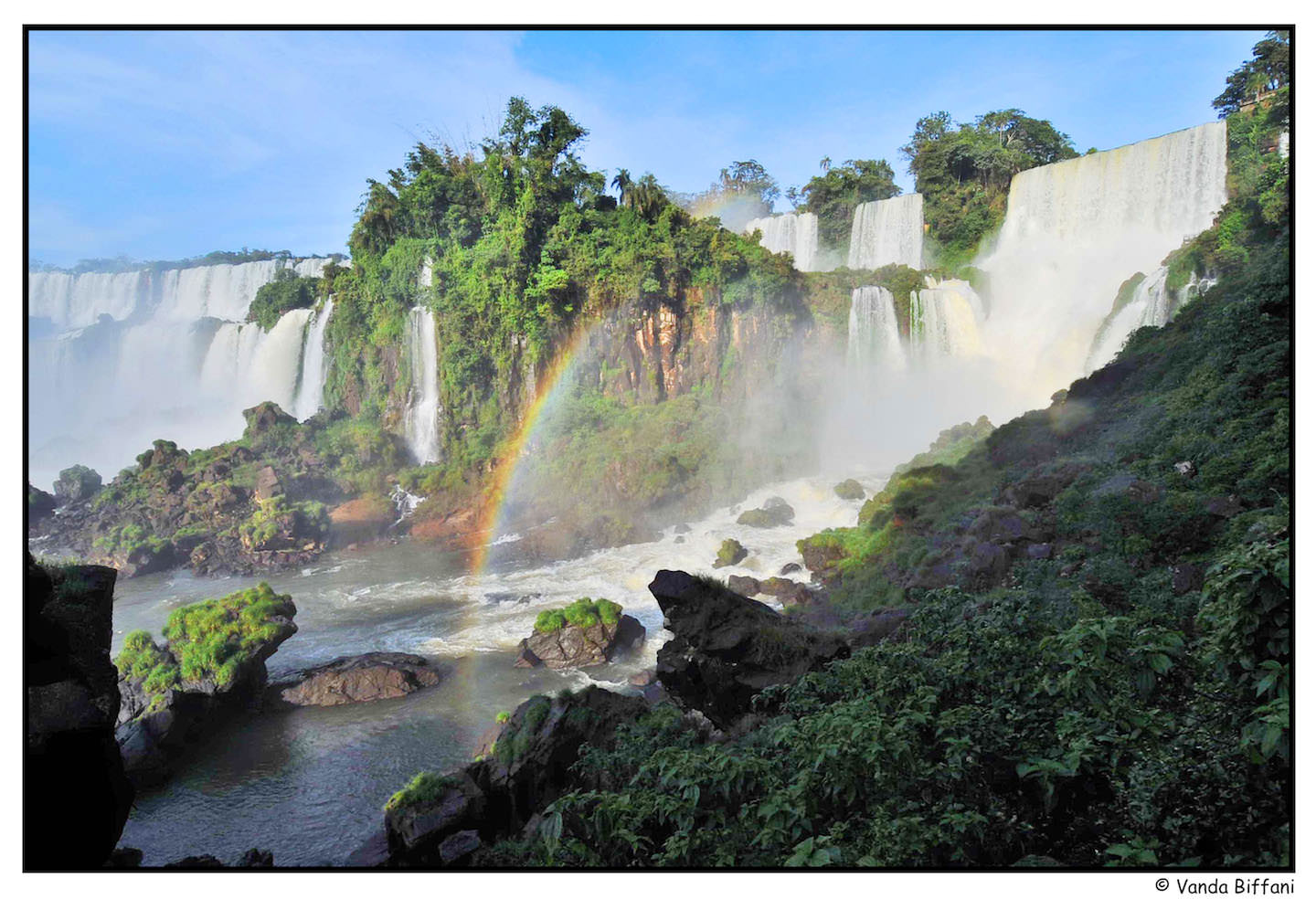 The centerpiece of Argentine cuisine—meat!

Beef is an essential ingredient in Argentine cuisine. Pasture-raised cattle have little excess fat, giving the beef a high-quality, natural flavor. Argentine barbecue of meat and chorizo cooked over charcoal is called asado. Blessed with an arid climate and excellent water, Argentina is also a great place to grow grapes. Visitors can enjoy a plentiful variety of high-quality wines at low prices. Each wine’s aroma and flavor is different depending on the area of origin. Common beverages and food in Argentina include yerba mate, called a “drinkable vegetable” because of its high iron content, and empanadas, which are homemade pies filled with meat and other ingredients.

Please enjoy an introduction to Argentine cuisine through this video.

Argentina is a multiracial nation made up of a wide variety of ethnic groups. Each province’s folk music has its own unique rhythms and dances, such as chacarera, zamba and chamamé. Tango is not so much the music of Argentina as it is the music of the capital, Buenos Aires. Once you step outside Buenos Aires, you’ll hardly ever hear tango.

Gauchos (Argentine cowboys) are very impressive with their traditional dress of ponchos and bombachas (loose-fitting men’s pants) and a knife worn at the waist. Below, please enjoy a traditional dance performed in gaucho dress from a concert of the Argentine National Folk Dance Group, which was hosted by Min-On in 1999. 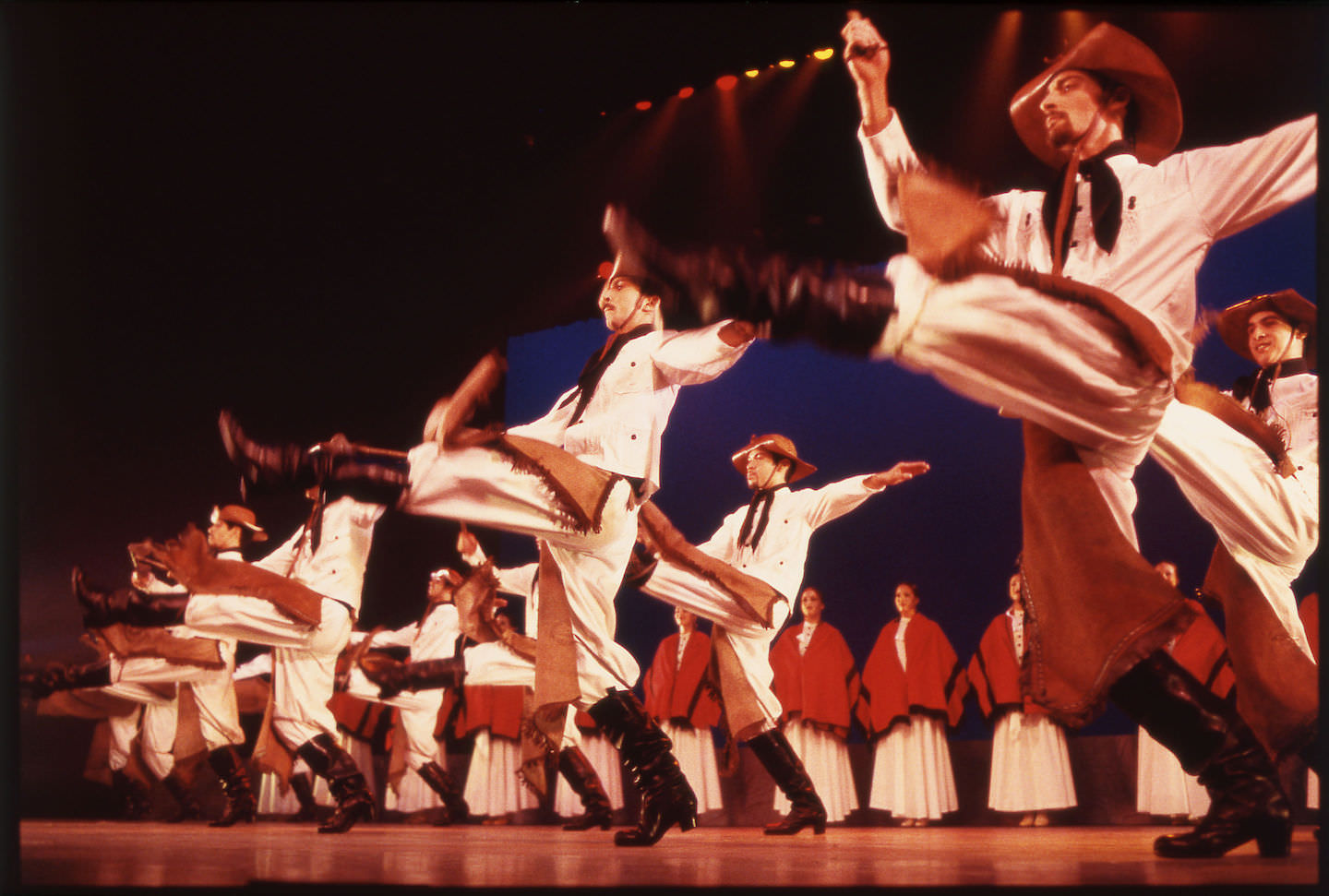 The passionate and captivating Argentine tango

Tango is said to have originated in La Boca, Buenos Aires in the late 19th century as a form of music and dance that bridges many different cultures and customs. By the early 20th century, tango cafes were on every street corner. Tango is loved by the masses as a rich part of Argentina’s musical culture. It was registered as Intangible Cultural Heritage by UNESCO in 2009, and continues to captivate people around the world.

Min-On invited the José Basso Orchestra to perform in 1970. Since then, Min-On has hosted a Tango Series concert every year for a total of over 2,500 performances viewed by a total of 3.8 million people.

Musicians recommended by the ambassador of Argentina

In closing, we would like to introduce music recommended by Ambassador Alan Claudio Beraud of the Embassy of Argentina in Japan: Destino San Javier, the Binelli-Ferman Duo and Carlos Aguirre.

Sólo le Pido a Dios (I Only Ask of God)

This video originated in a call by members for folk musicians to deliver the gift of song to people during stay-at-home orders issued during the coronavirus pandemic. The theme of the song is war and social injustice, and it was written using metaphors to convey how much these things damage humanity. The performance has resonated with people and has spread widely over social media.

Composed by Argentine tango master Julián Plasa, this song depicts a “night of Tango” tinged with milonga rhythms. Note the contrast between the first half, which portrays the vivacity of downtown at night, and the sweet, sensual melody of the second half.

The song is written in the form of a traditional folk chacarera from northern Argentina. Please enjoy the beautiful sound of South America. (Produced in collaboration with the Embassy of Argentina in Japan.)