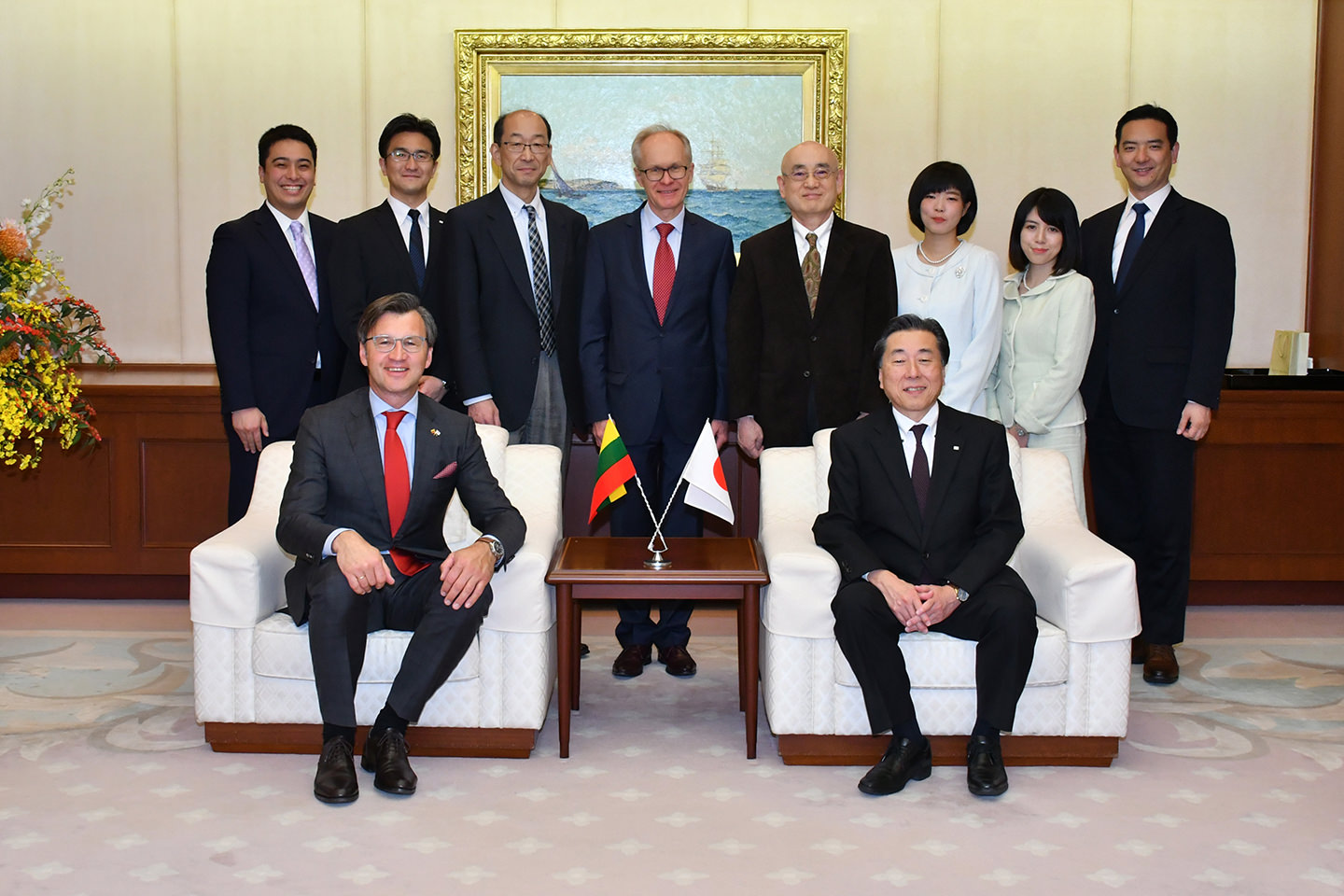 During his discussion with the Min-On President Mr. Kazuto Ito, Mr. Varvuolis spoke on the actions Min-On has taken to contribute to cultivating peace through music. He expressed his agreement with Min-On’s philosophy, stating that music has the power to connect people in an instant.

Mr. Varvuolis has confidence in the cultural exchanges leading up to the 30th anniversary of friendly relations between the two countries, saying, “I would like to strengthen bonds with Min-On in order to introduce the arts of Lithuania to Japan.” After the discussion, the ambassador toured the Min-On Music Museum.