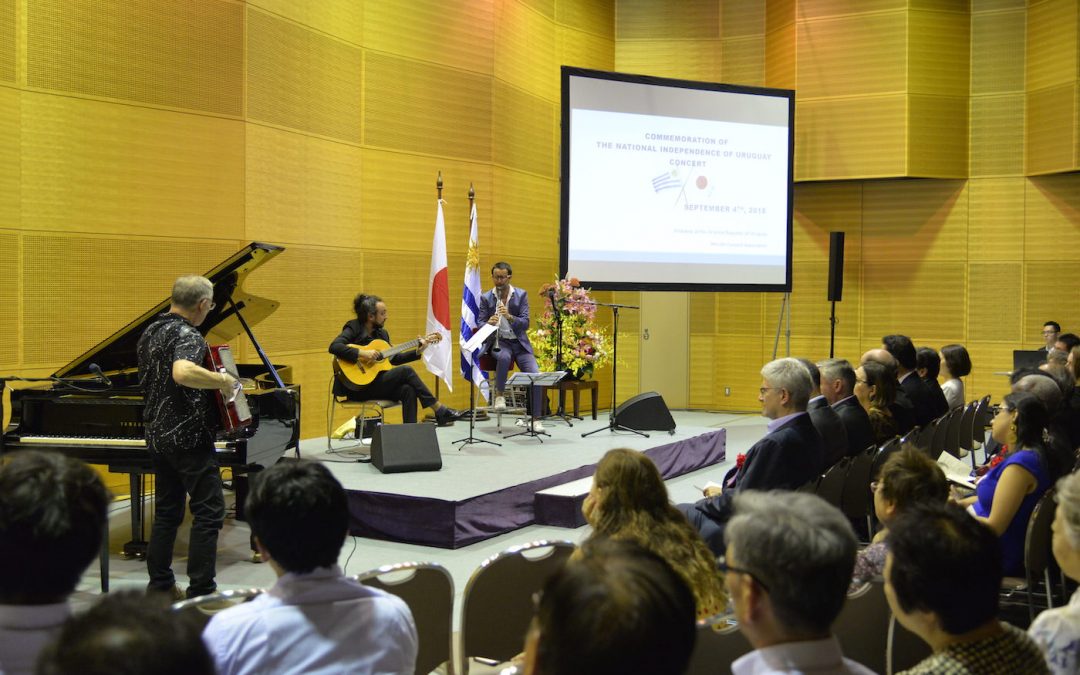 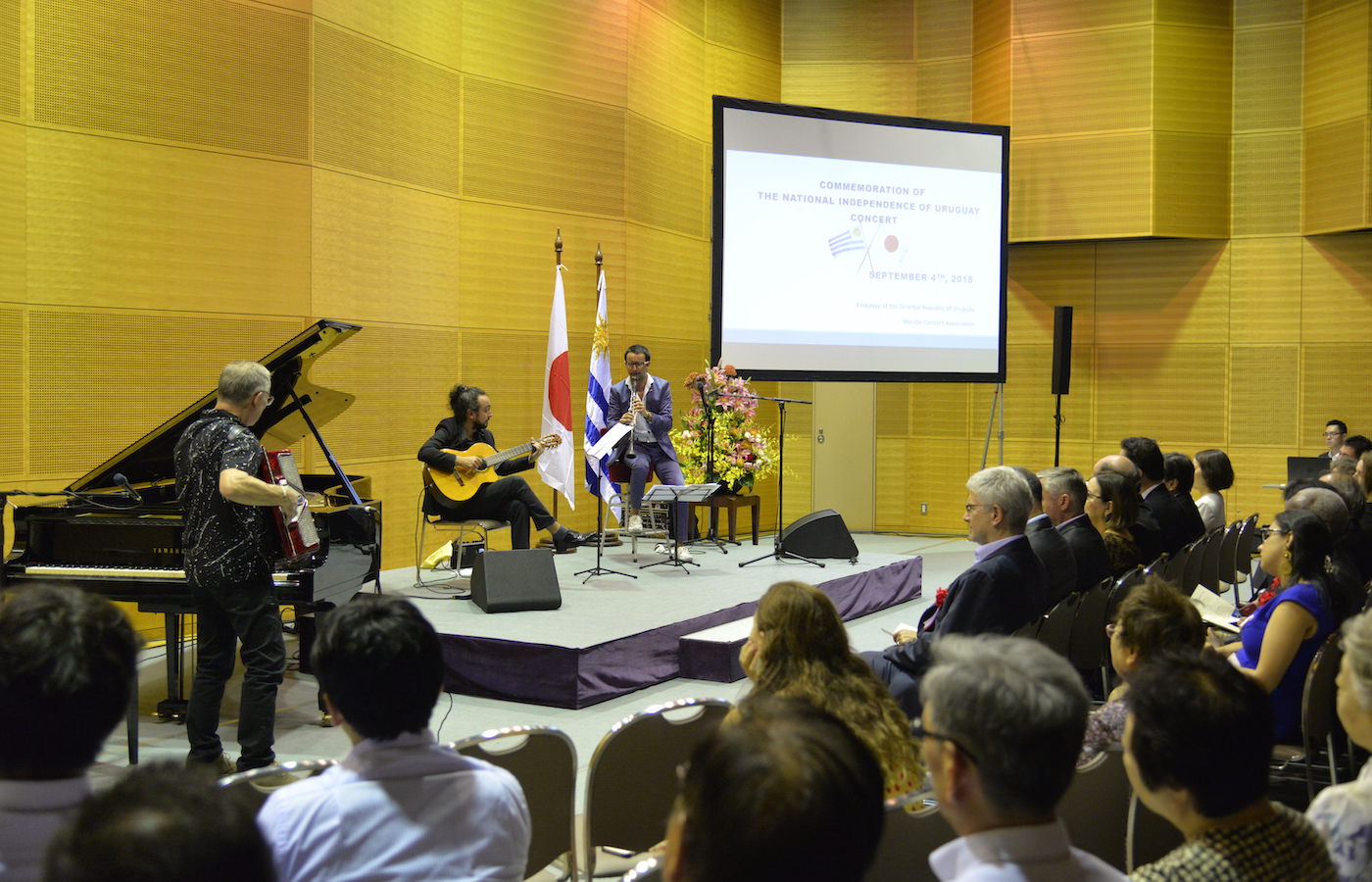 A concert celebrating the Oriental Republic of Uruguay’s Independence Day, co-sponsored by the Min-On Concert Association and the Uruguay Ambassador to Japan, His Excellency César Ferrer, was held at the Min-On Culture Center on September 4.

Ambassador Ferrer opened the performance with a speech, noting the 110 years of Japanese immigrants to Uruguay and 97 years since the establishment of bilateral diplomatic relations. He expressed gratitude to the Uruguayan artists and to Min-On for making the concert celebrating Uruguayan music possible.

Takahiro Nakamae, Director-General of the Latin American and Caribbean Affairs Bureau in the Foreign Ministry, also spoke: “Japan and Uruguay are geographically distant from each other but have established close relations for a long time. We now share an internationally important partnership, working together on many global issues. Uruguay was also one of the countries to offer aid to Japan after the March 2011 Great East Japan Earthquake. We will never forget the kindness they showed us.”

Finally, Min-On Representative Director Kazuto Ito welcomed the attending guests and expressed gratitude to those who made the performance possible.

Following the speeches came performances by the winner of this year’s Tokyo Music Competition (Woodwind Division), clarinetist Gervasio Tarragona, and his brother, guitarist Martin Tarragona. Traditional Uruguayan keyboard player and composer Hugo Fattoruso, who has long played with musicians from around the world, also performed. The audience was enthralled by their intense and exciting performance, with the elation emanating from the stage reaching the audience.

In particular, the excitement of the crowd reached its peak during the rendition of Gerardo Matos Rodríguez’s (1897–1948) tango song, La Cumparsita, and the curtain closed to thunderous applause.