Min-On Music Journey No. 40: The Oriental Republic of Uruguay

Welcome to Min-On’s Music Journey! Today, the Min-On Concert Association and the Embassy of the Oriental Republic of Uruguay in Japan guide you to Uruguay in Southeastern South America. 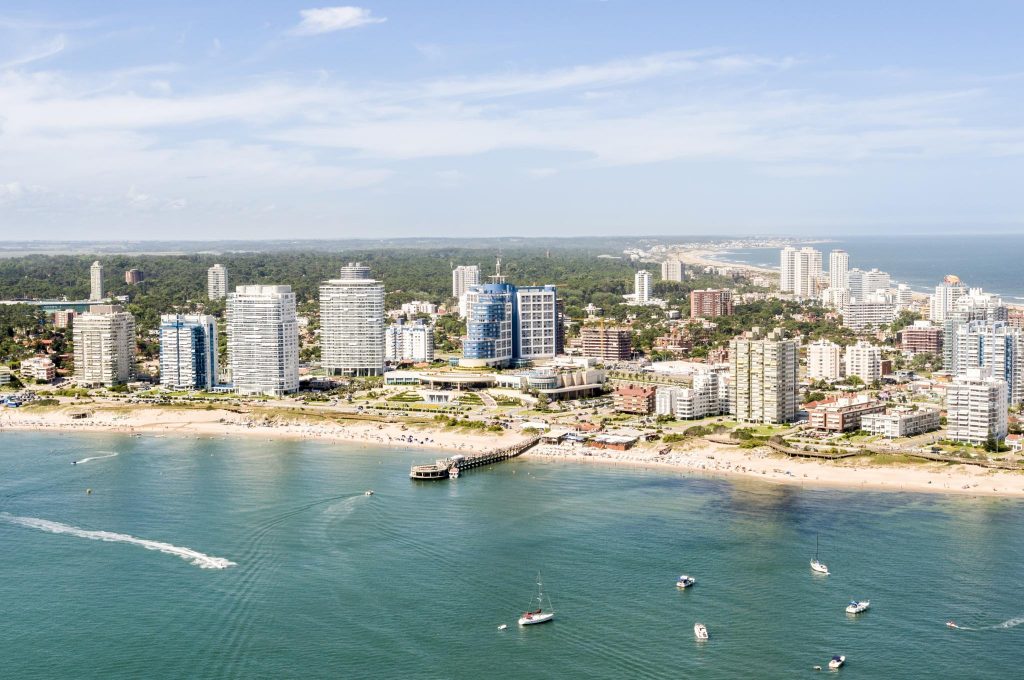 Since the beginning of the 20th century, Uruguay has transformed into a social welfare state with one of the smallest income gaps in Latin America, with various social security systems, free public education and almost 100% of its electricity provided by renewable energy.

The Tango, which is said to have flourished around the La Plata River flowing through the south of Uruguay, was inscribed on the Representative List of the Intangible Cultural Heritage of Humanity in 2009.

To start your journey, listen to some of the best tango pieces composed in Uruguay from the Min-On Music Museum Lecture Concert, the Oriental Republic of Uruguay Independence Day Commemoration Concert on August 25, 2018.

The southernmost capital of South America, Montevideo was founded as a Spanish imperial fortress on the banks of the lower La Plata River and developed into a port city from the mid 18th century onwards. It was hailed as the best city in Latin America by Mercer in its “2019 City Ranking” quality of living survey, and is actively using AI, IoT and other technologies to further its urban development. 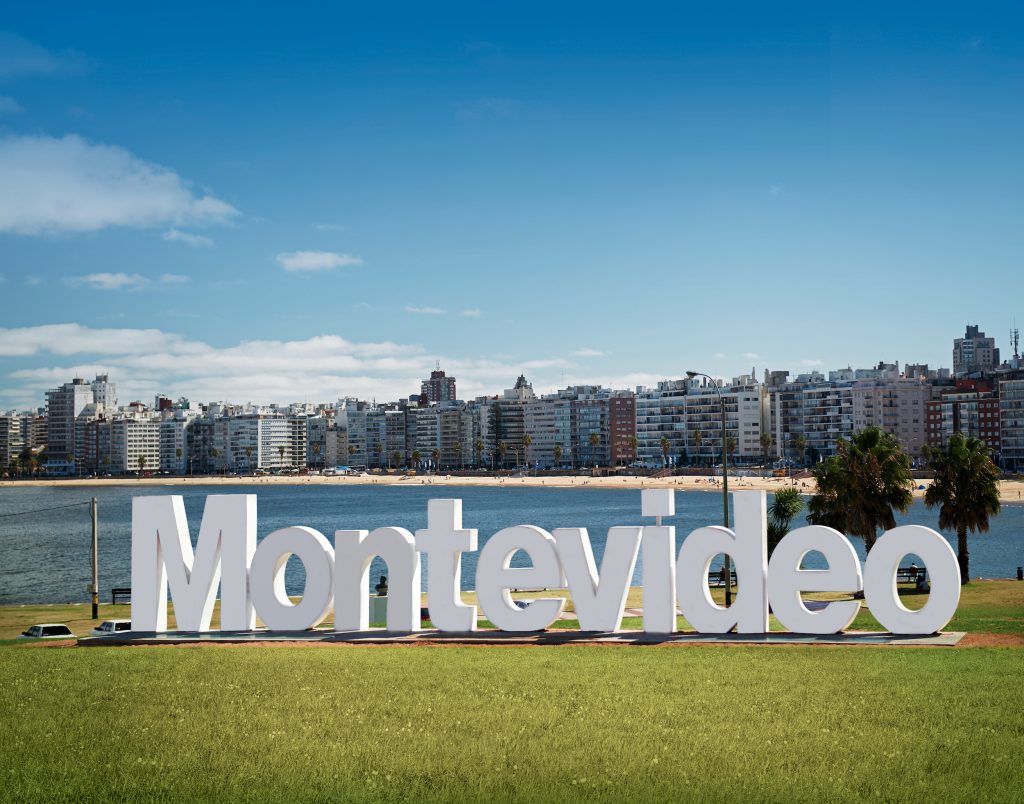 To the west of Independence Square, the Old Town is a business district with many historic buildings, a stock exchange and a concentration of banks. The oldest theatre in South America, the Solis Theatre, founded in 1856, is a National Heritage Site and an iconic building in the Old Town.

To the east, the New Town has a thriving commercial life, centred on the 18th of July street, named to commemorate the promulgation of the Uruguayan Constitution in 1830.

Montevideo is a fascinating city with many faces, from the upmarket residential area along the La Plata River, which is reminiscent of Europe, to the Rambla, a promenade where joggers and cyclists enjoy a relaxing walk, and the Mercado del Puerto, a dining area where you can sample Uruguayan cuisine. 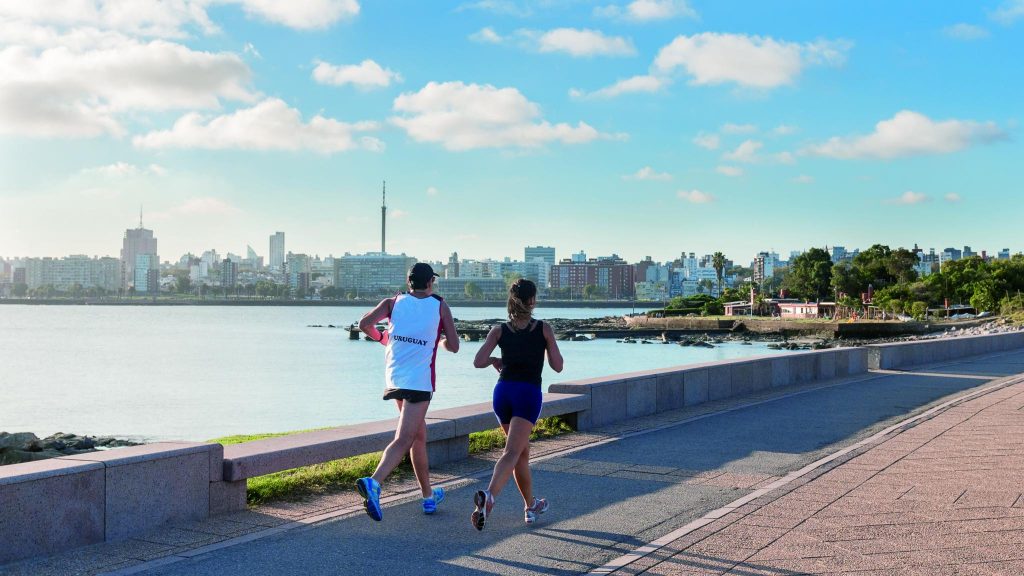 With its preserved coasts and marshes, Uruguay is blessed with natural beauty and a rich culture. From the banks of the La Plata River to the Atlantic coast, the resort area of Punta del Este is one of the most famous beach resorts in South America, attracting national and international surfers and featuring casinos, discos and spas. 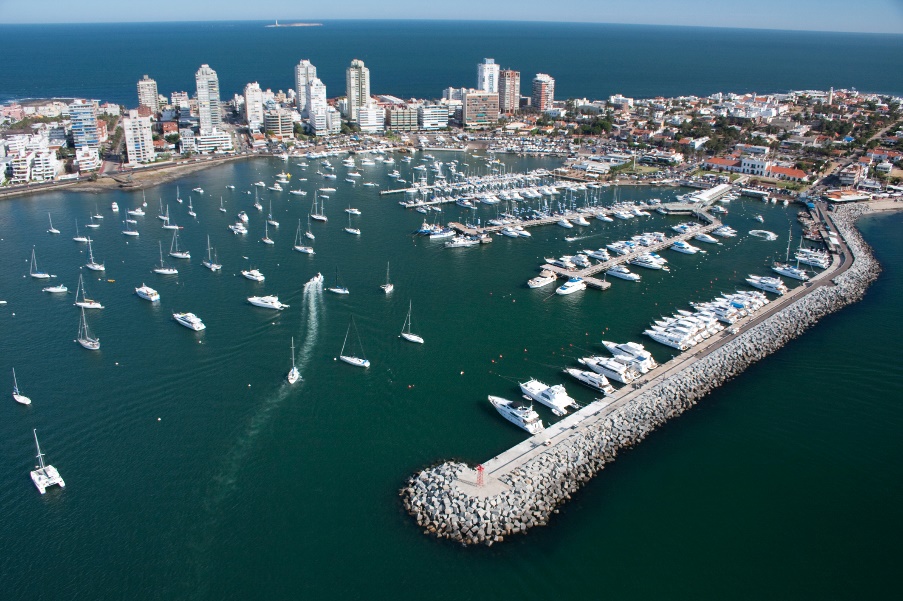 The historic town of Colonia del Sacramento, in the Colonia department of south-west Uruguay, was declared a World Heritage Site by UNESCO in 1995. The city, which once flourished as a Portuguese trading port, has beautiful cobbled streets and museums that retain the atmosphere of colonial times. 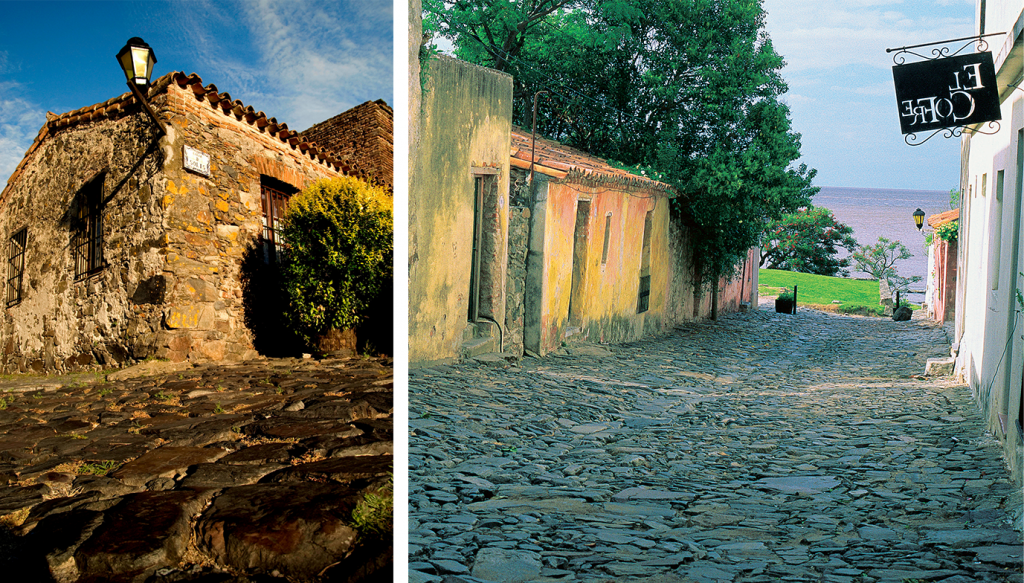 At this point, please listen to a song composed by singer-songwriter Darnauchans, one of the most important poets of the Uruguayan music scene.

Food culture in Uruguay, a country where beef is almost always on the table

Uruguay is a country of rolling hills, about 80% of which are fertile land suitable for farming and grazing. The vast pampas (grasslands) are home to around 12 million head of cattle, about three and a half times the country’s population. The meat from these cattle is known as “grass-fed beef” and is characterized by its crisp, lean meat that is high in protein and low in calories. 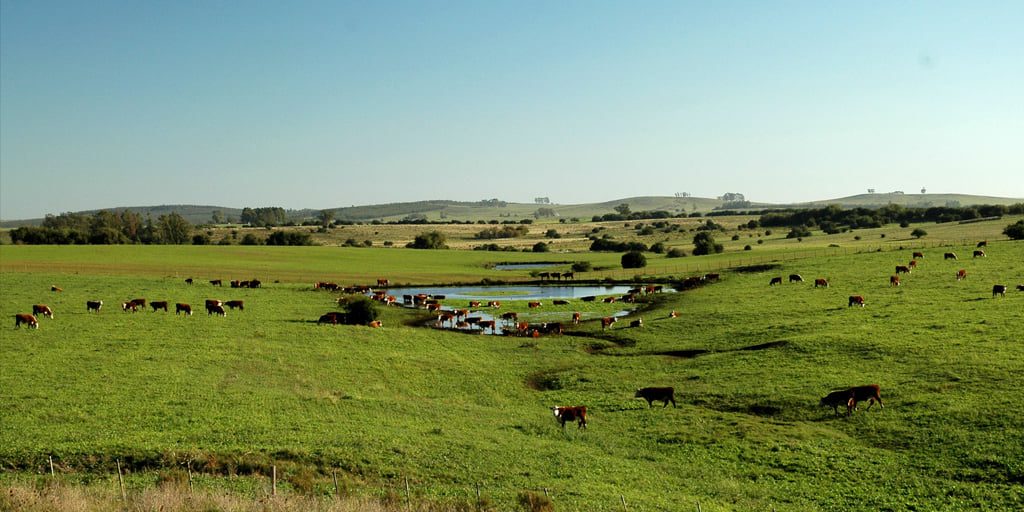 Uruguay’s annual per capita consumption of beef is the highest in the world, and beef dishes – such as wood-fired asado in a parrilla (a special wire grill) – are almost a daily fixture on the family dining table. The Uruguayan wine Tannat is a perfect accompaniment to beef and is enjoyed both nationally and internationally. 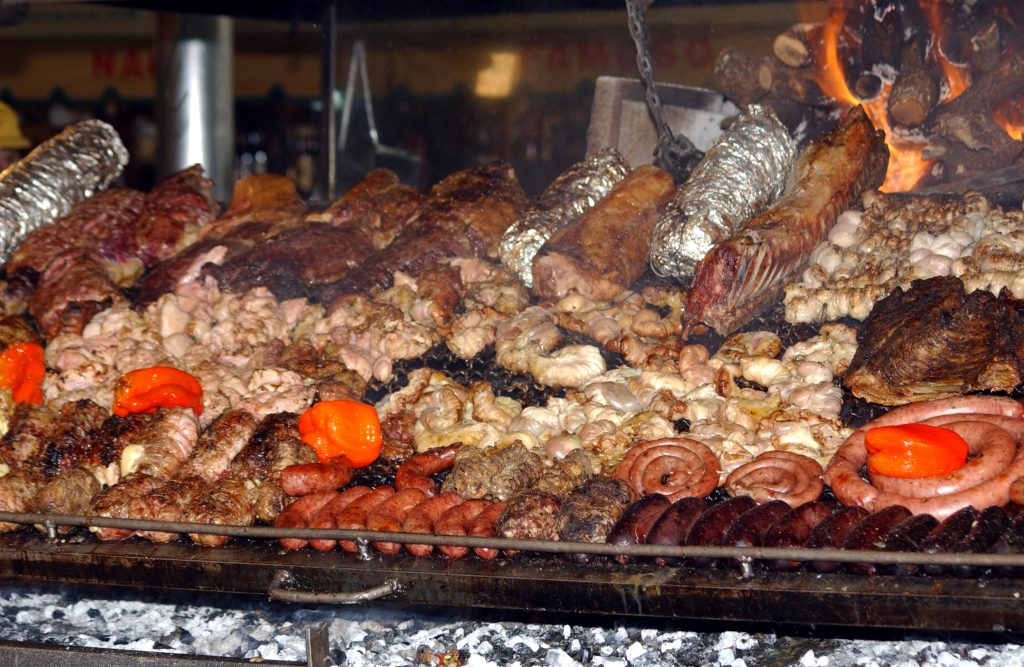 Traditional Uruguayan crafts made from cow bones, leather, wood, wool and semi-precious stones are among the most popular souvenirs for tourists and are exported all over the world.

Uruguay is a musical powerhouse, with a musical style known as Candombe that originated in the Barrio Sur area of the capital city of Montevideo.

At the end of the 17th century, about 30% of Montevideo’s population was made up of Africans who had been brought to Uruguay as slaves. With its roots in their rituals, Candombe is a carnival genre comprising three types of energetic drumming and dancing: chico, repique and piano. This black soul music, which continued despite being at one time banned by the state, was also included in the UNESCO Intangible Cultural Heritage list in 2009.

Every year, in January and February, Llamadas, the longest (40 days) carnival in the world, is held in Candombe. Hundreds of percussionists and dancers dressed in traditional costumes parade through streets lined with restaurants and wine bars to the rhythm of the music. Let’s finish our journey with some songs by musician Ruben Rada. 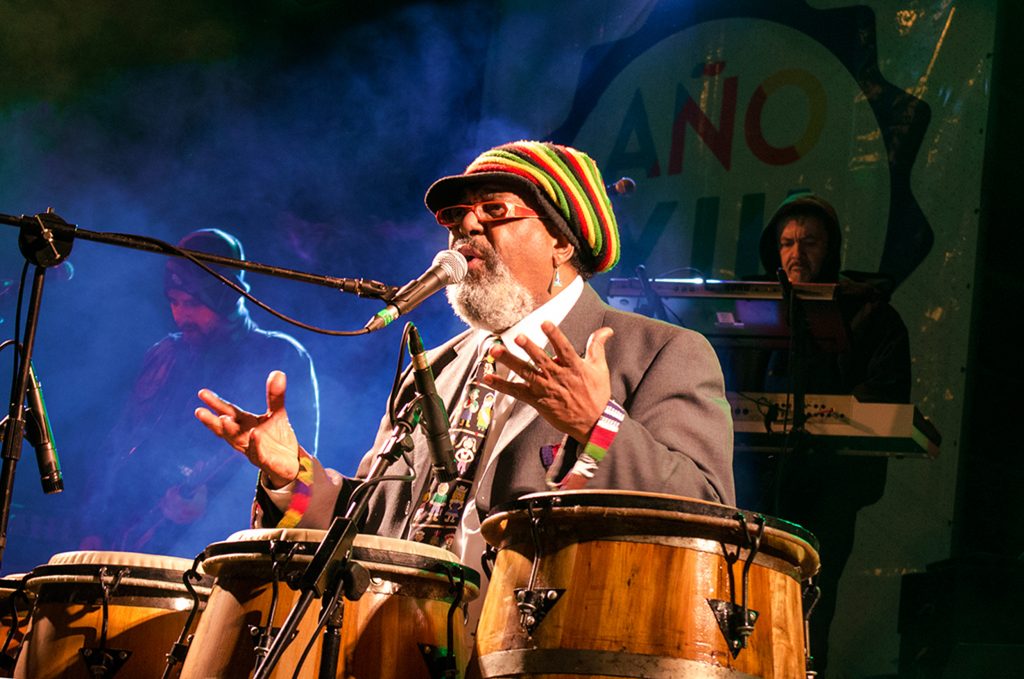 One of Uruguay’s most famous percussionists, singers and composers, Ruben Rada has popularised candombe at home and overseas by fusing it with a variety of sounds, from rock and jazz to salsa and soul, turning them into the pop music of the day.

With a career spanning more than 60 years, he has been dubbed the “King of Candombe” and the “Black Magician,” and is a national star with unique and instantly recognizable “Rada” verse.

This year (2021), to celebrate the 100th anniversary of the establishment of diplomatic relations between Japan and Uruguay, he will be visiting Japan for the first time in November and December. 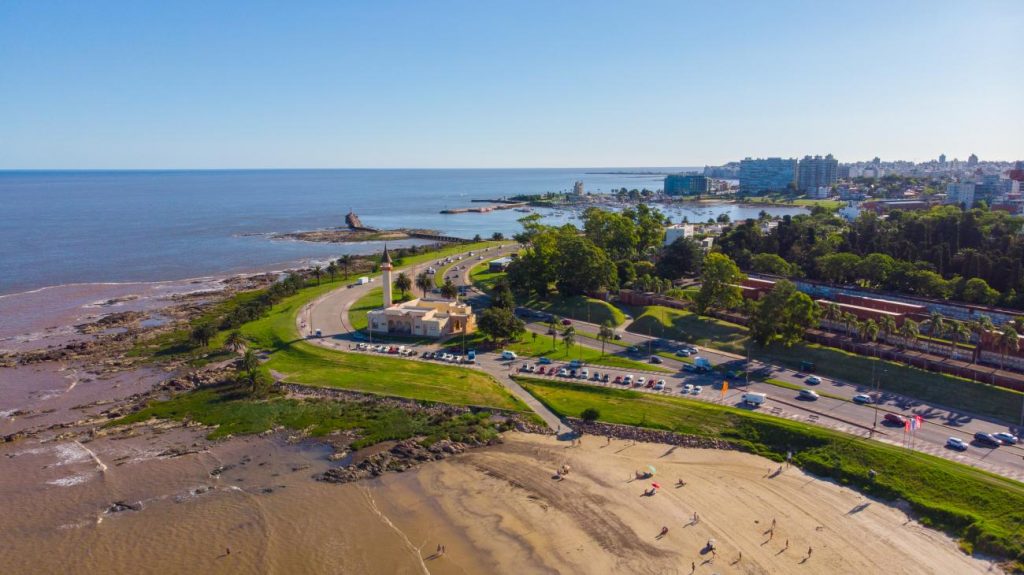 What did you think of your music journey to Uruguay?

(Produced in collaboration with the Embassy of the Oriental Republic of Uruguay in Japan, which also provided photos.)