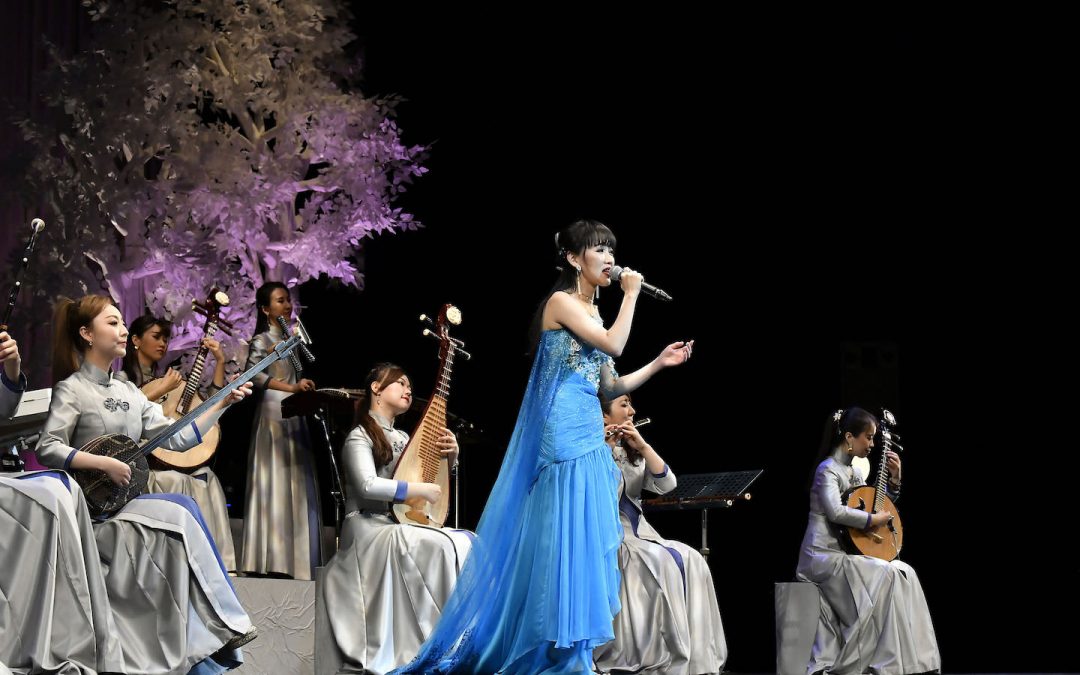 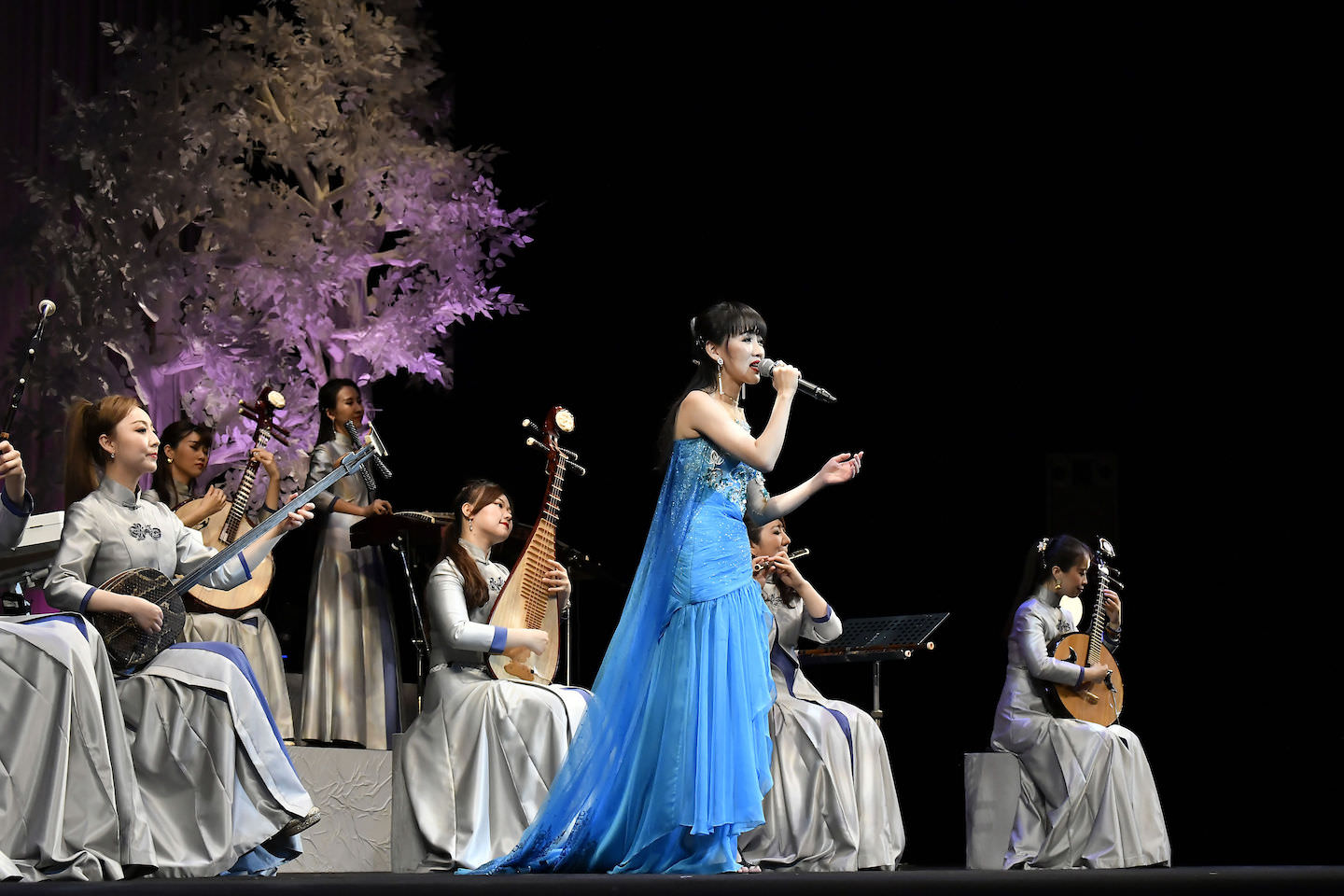 This year marks the 40th anniversary of the Sino-Japanese Treaty of Peace and Friendship and the 55th anniversary of the Min-On Concert Association. With the support of the Chinese People’s Association for Friendship with Foreign Countries (CPAFFC) and the Embassy of the People’s Republic of China in Japan, Min-On invited the internationally acclaimed Beijing Chinese Orchestra for a musical celebration of peace and friendship between the two countries during Japan’s beautiful spring season.

BCO finds their muse in creativity, and has displayed a remarkable repertoire of modern Chinese music through their productions. As an official cultural delegation of the China Central Government and the Beijing Municipal Government, BCO has regularly performed at diplomatic events in Beijing, including the 2008 Beijing Olympic Games and APEC China 2014 in Beijing. The Beijing Chinese Orchestra is an icon of the culture of Beijing and Chinese performing arts. 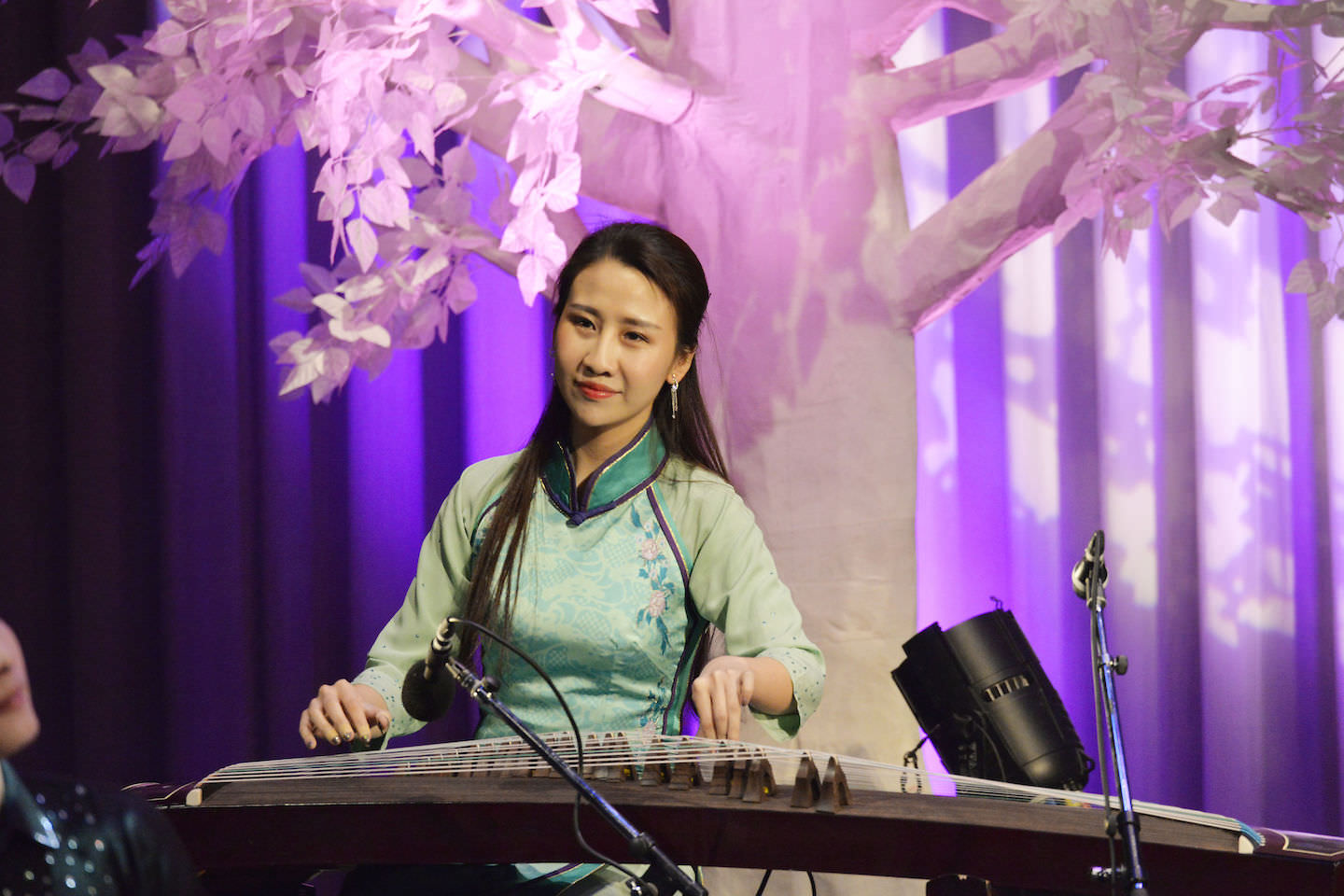 BCO has cultivated many successful Chinese instrumental musicians from among the graduates of top tier folk music academies in China. For the Min-On commemorative production, entitled “Seasonal Songs from Japan and China,” a total of ten superb instrumentalists and percussionists and one singer were selected for a special chamber ensemble. The two and a half month-long nationwide tour, including a total of 50 performances in 48 cities across Japan, began on February 16 in Aichi prefecture and successfully concluded with their final performances on April 26 and 27 at Nakano Sun Plaza Hall in Tokyo.

A capacity crowd of more than 2,000 people, including Ambassador Cheng Yonghua of the People’s Republic of China, attended alongside ambassadors and diplomats from 31 countries and many distinguished guests. The BCO ensemble received enthusiastic applause not only for their splendid musical performance, but also for their tremendous accomplishment of 50 live performances across Japan celebrating Sino-Japanese friendship and goodwill. 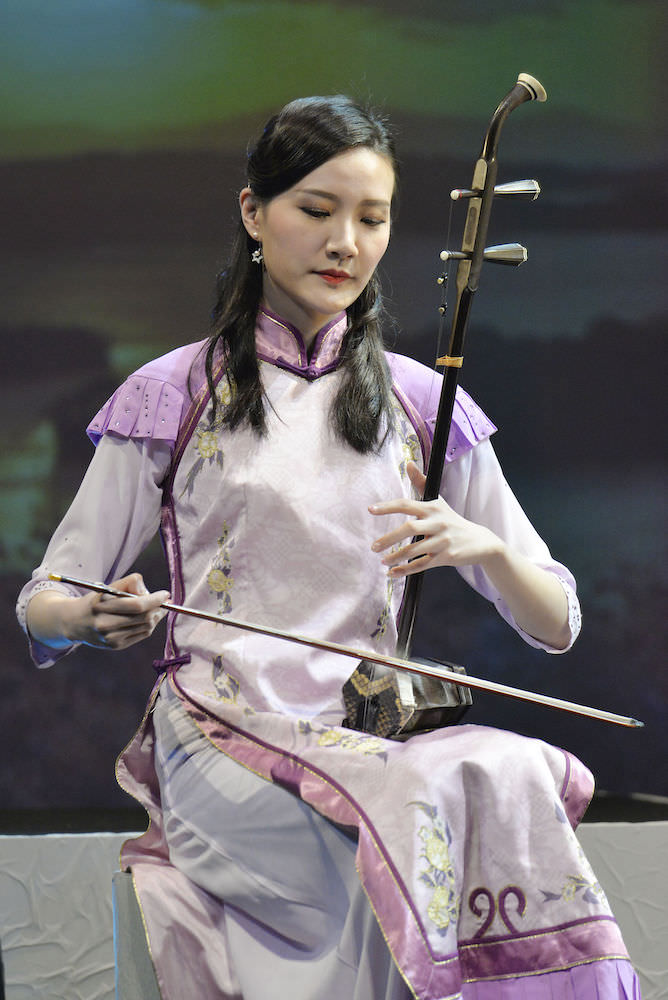