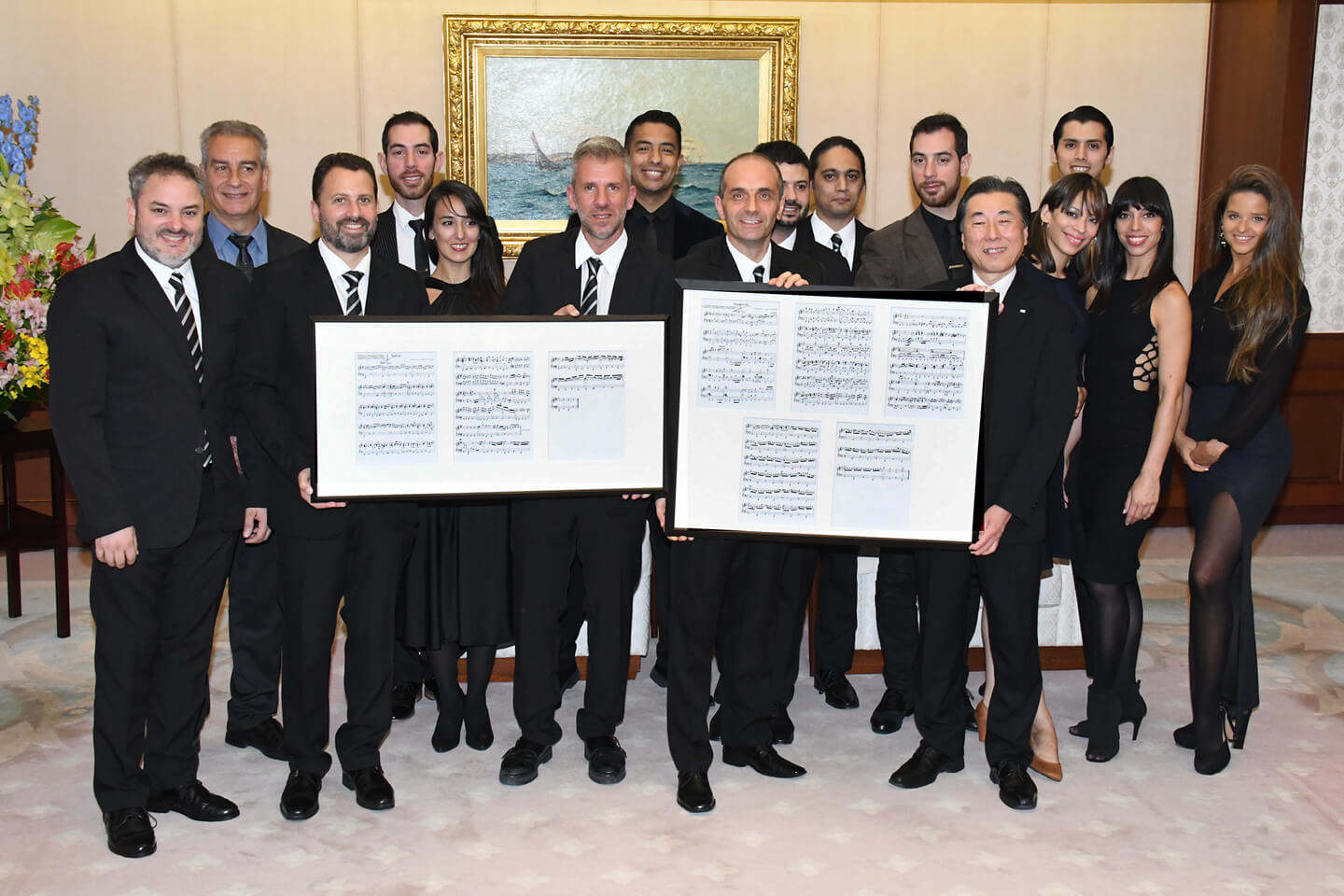 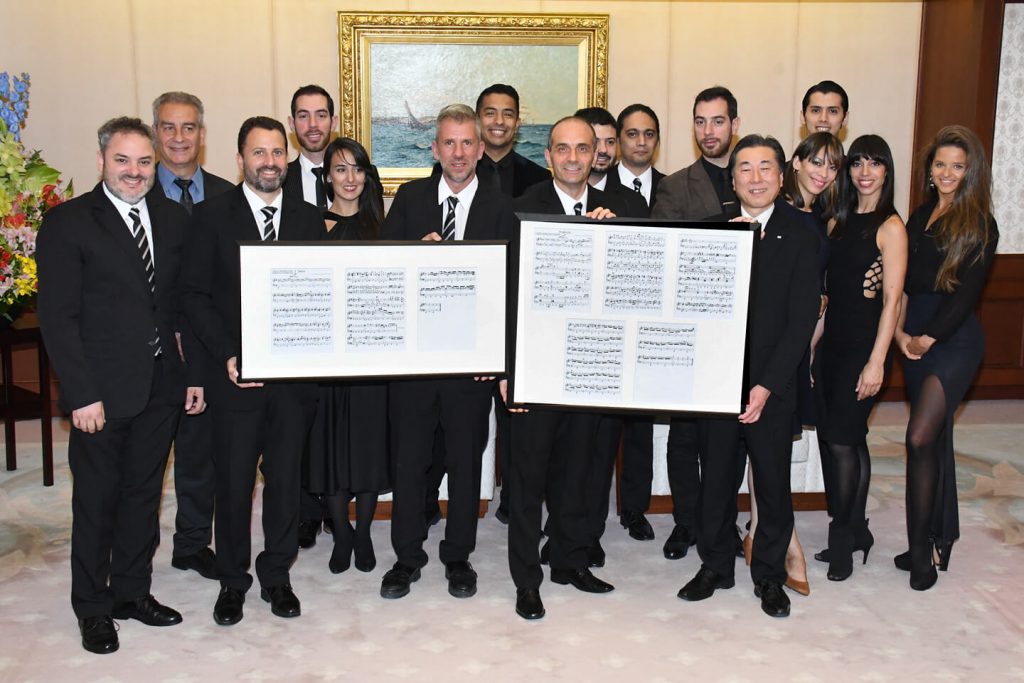 Before embarking on The Soul of Maestros nationwide Japanese tour, Fabio Hager visited the Min-On Culture Center in Tokyo on January 16 with the members of his special ensemble. After being warmly welcomed by staff members of the Min-On Concert Association, Fabio Hager expressed his personal admiration and appreciation for Min-On’s endeavors, saying, “It is my greatest pleasure to visit Japan once again for the 49th installment of the Min-On Tango Series. In 1993, when I was 24 years old, I performed for the first time in Japan as a member of Orquesta Juan D’Arienzo for the 24th installment of this world-acclaimed series. Since then, I have been able to join over 200 performances of this prestigious tango series.”

Fabio Hager then presented Min-On President Ito with two framed scores of the compositions dedicated to the Min-On Founder, saying, “Before coming to Japan this time, I was greatly inspired by Min-On Founder Dr. Daisaku Ikeda’s novel Human Revolution, and wrote two original compositions entitled “Integración” and “Naikan” to express my deep appreciation for the Founder’s efforts to promote cross-cultural integration and global harmony for all of humanity.” Both “Integración” and “Naikan” were debuted during The Soul of Maestros nationwide tour.