Overseas Dispatches of Japanese Artists to Singapore and China 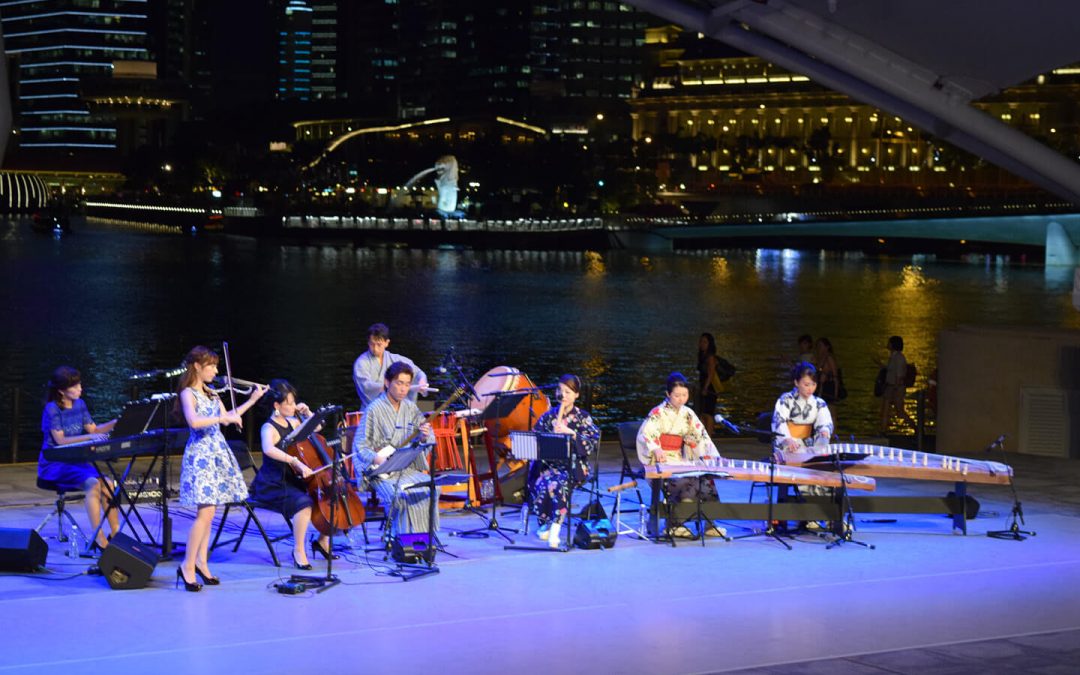 Min-On Concert Association has played a major role in introducing Japanese culture and performing arts to other countries for the last half century. Since 1966, Min-On has promoted a program of overseas dispatches of Japanese artists, mirroring its program of inviting leading musicians and artists from around the world to Japan. To date, Min-On has sent Japanese musicians, dancers and artists to 19 countries for more than 700 performances spanning Japanese musical, theatrical and performing arts culture. Here we feature some of the most recent overseas dispatches to Singapore and the People’s Republic of China. 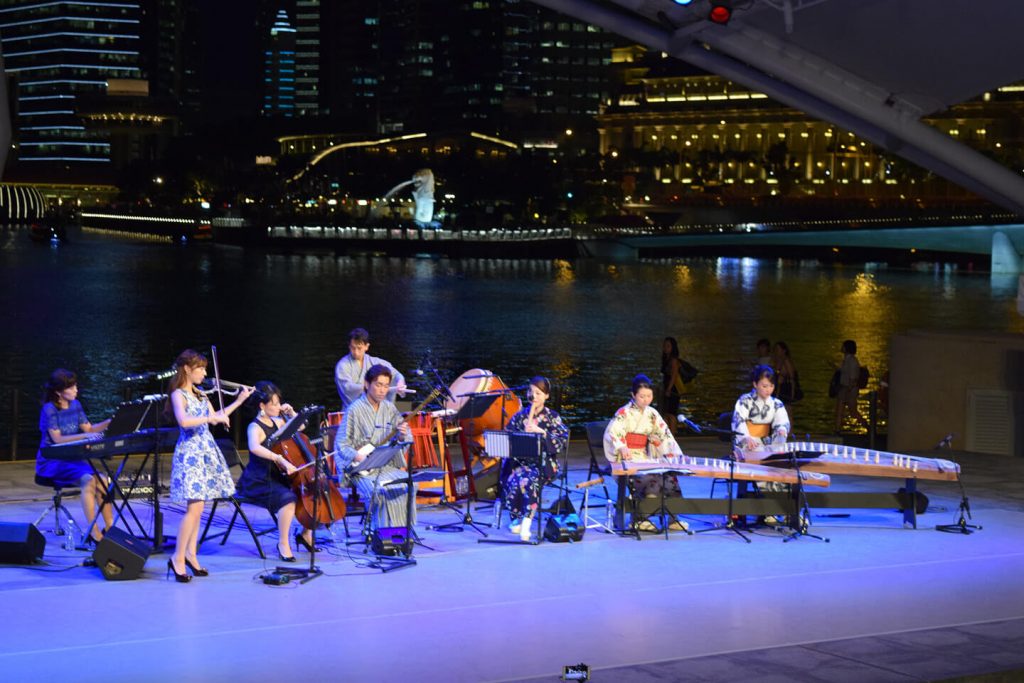 Last year marked the 50th anniversary of the establishment of diplomatic relations between Japan and Singapore. To commemorate this milestone, a series of festivities was organized by the two countries’ governments, further deepening the positive relationship between them. Following the success of the first two installments of the Min-On Global Music Network programs in Korea and Russia, Min-On dispatched for the third installment a group of nine talented young Japanese musicians and artists to Singapore. Among them were a pianist, violinist and cellist for a classical music performance, as well as a shakuhachi flutist, a Tsugaru shamisen player, a taiko drummer, a dancer and two Japanese koto players for a traditional Japanese performance.

Celebrating the auspicious occasion, the admission-free cultural exchange concert—on the theme of “The Heart of Japan”—was held from September 16 through 20, 2016, at four different venues in Singapore. The first was held at the National University of Singapore’s Cultural Centre Theatre. Here, six young Singaporean musicians joined the Min-On group, providing an opportunity to deepen the bond of friendship between youth of the two countries. On the last day of the tour, the final concert was held at one of the largest entertainment complexes in Singapore: Esplanade—Theatres on the Bay. The unique cultural exchange program celebrating the two countries’ strong relationship included traditional Japanese music, dance and classical music, as well as soundtracks from popular Japanese anime and drama. This vibrant, diverse selection presented on a waterfront stage against the scenic backdrop of Marina Bay enthralled an audience of over two thousand, including official guests from the government of Singapore.

The People’s Republic of China 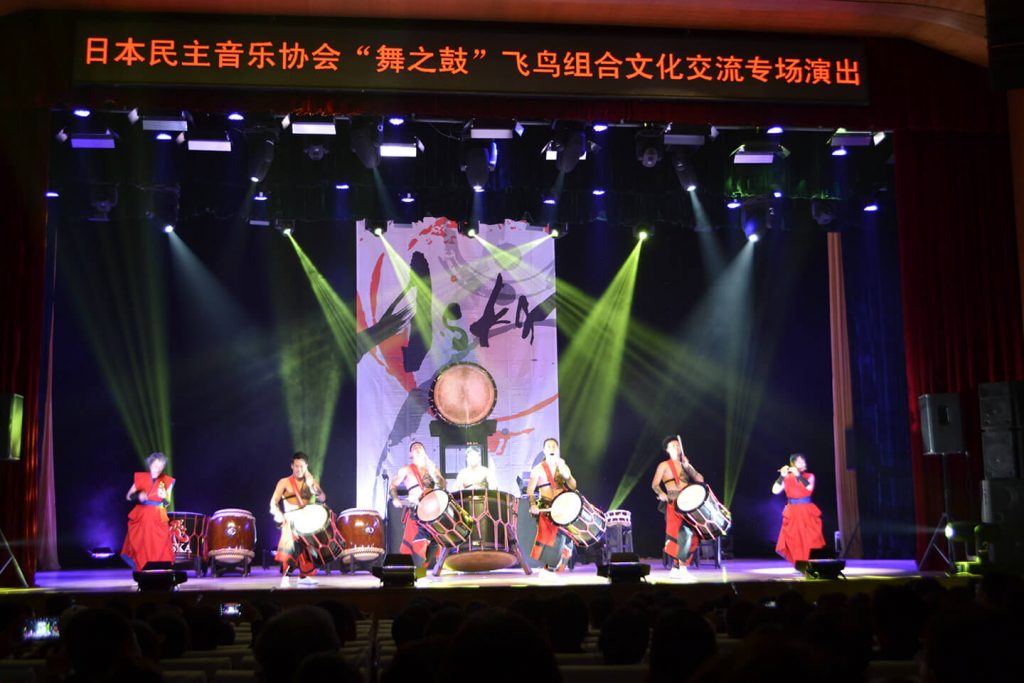 An overseas dispatch was once again organized in 2016 to visit the People’s Republic of China. Min-On formed a special troupe of Japanese performing artists, including the Japanese dance and taiko drum troupe, ASKA. They were accompanied by individuals specializing in traditional Japanese instruments, including the shakuhachi and shinobue flutes, the koto harp and the Tsugaru shamisen. This special troupe performed Japanese music and dance onstage from October 24 to 26 for hundreds of students, faculty members, staff and public attendees at three university campuses—Dalian Art College, Liaoning Normal University and Dalian Polytechnic University—in Liaoning Province in northeastern China.

The passionate, powerful performance by the Japanese taiko drum troupe ASKA captivated the audience with thunderous and dynamically choreographed drumming. They were accompanied by a demon character who stalked the theater floor, mesmerizing audience members, drawing wide smiles and much applause.

This special cultural envoy from Japan successfully accomplished its mission: to deepen mutual understanding and strengthen heart-to-heart ties between the people of Japan and China.