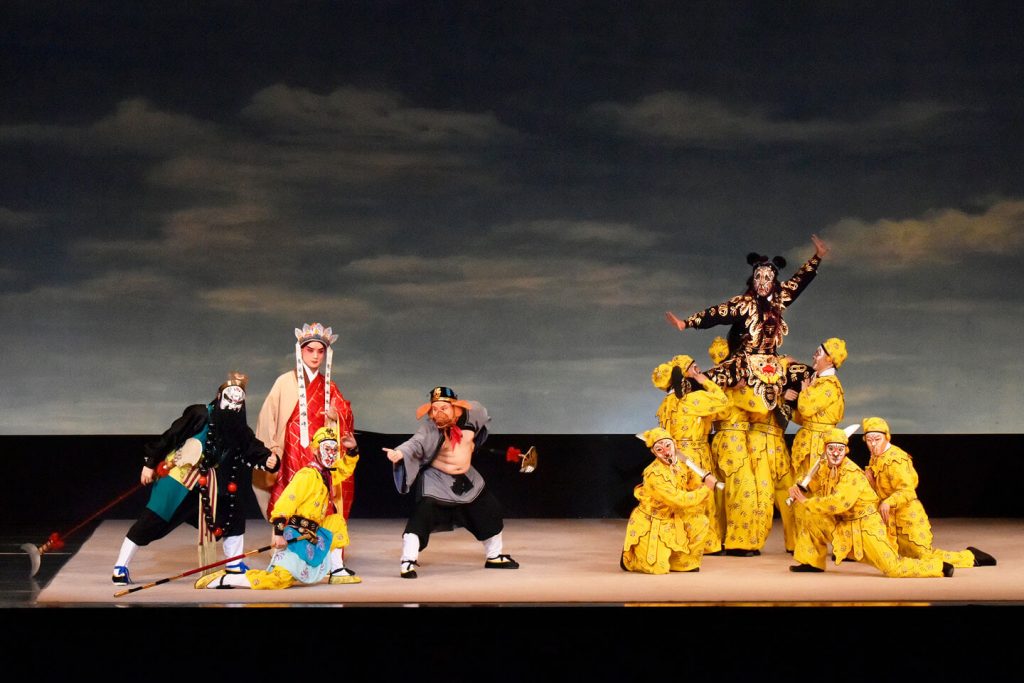 This year, to celebrate the 45th anniversary of the normalization of diplomatic relations between Japan and the People’s Republic of China in 1972, the Min-On Concert Association invited the internationally acclaimed China National Peking Opera Company to Japan for a two-month-long nationwide tour of a special production entitled A Selected Three of the Most Prestigious Peking Opera Masterpieces—Great Epics of Justice, Love and Gratitude.

The China National Peking Opera Company (CNPOC) is one of the most distinguished performing art ensembles directly under the supervision of the Ministry of Culture of the People’s Republic of China. Based in Beijing, it was founded in January 1955 with the legendary Mei Lanfang—one of the most celebrated Peking opera artists in modern history—as its first president.

In 2002, Min-On was the first to introduce the CNPOC to Japanese audiences with its performance of the Peking Opera Omnibus. Since then, Min-On has collaborated with the CNPOC to bring a variety of Peking opera productions to Japan, in 2006, 2009 and 2014.

This year’s tour marks the fifth time to bring the performance of authentic Peking opera by the CNPOC to Japanese audiences. Group One—the CNPOC’s leading troupe featuring actor Yu Kuizhi, the company’s vice president and artistic director, as well as Li Shengsu, the head of Group One and the very best of the best in the company—presented the most famous scenes from three selected classical masterpieces in Japan: Journey to the West, Yang Yuhuan and Emperor Xuanzong of Tang and Suo Lin Nang: An Embroidered Treasure Pouch.

Every one of the 52 engagements at 28 venues across Japan attracted a capacity audience. The performance at Tokyo’s Nakano Sun Plaza Hall on April 12 was attended by H.E. Cheng Yonghua, Ambassador of the People’s Republic of China, along with ambassadors and diplomats from 34 other countries. Although political and economic relations between Japan and the People’s Republic of China have been at a low ebb in recent years, members of the China National Peking Opera Company proved themselves skilled cultural diplomats, fulfilling their mission of cultural exchange and returning home to Beijing in the knowledge that Sino-Japanese friendship and goodwill was strengthened.