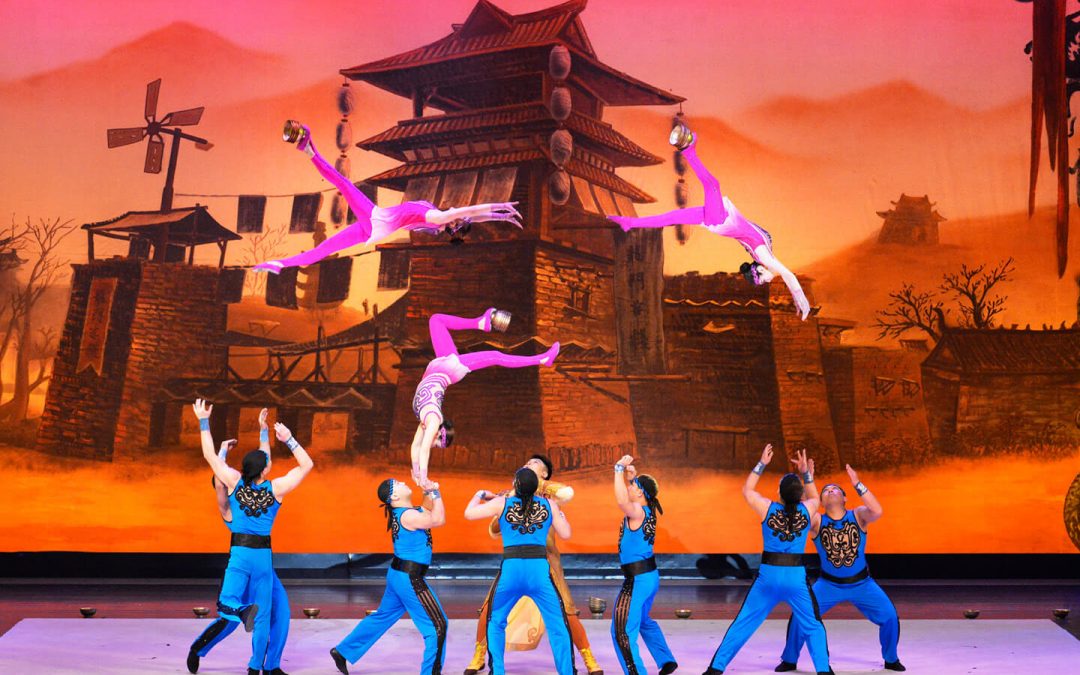 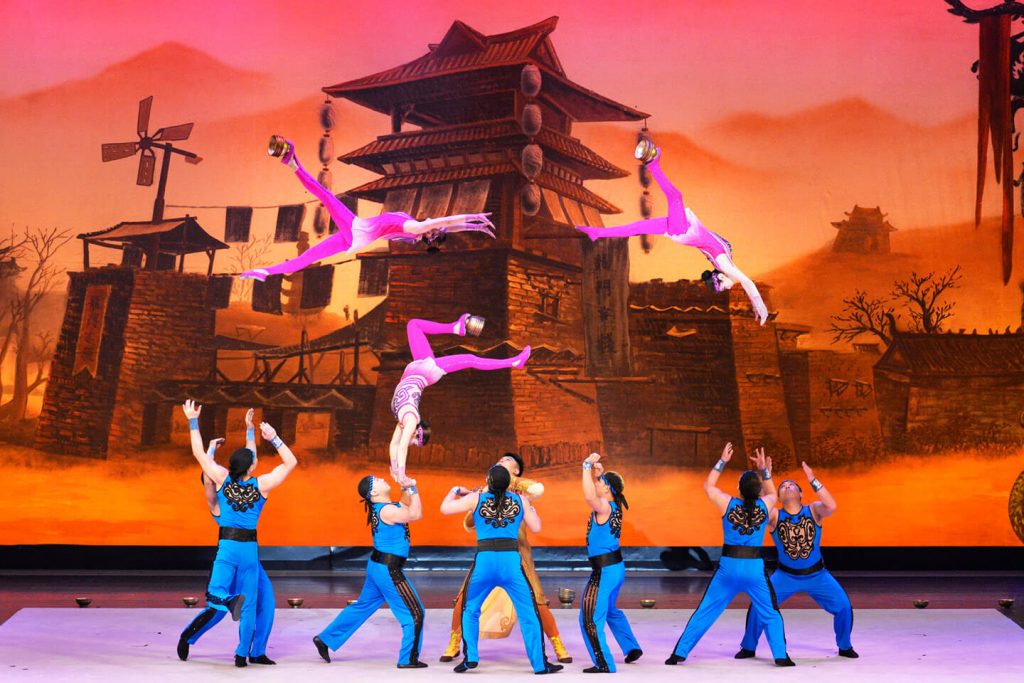 In this beautiful Japanese spring season, the Min-On Concert Association presented a spectacular performance by the China National Acrobatic Troupe through the support of the Chinese Embassy in Tokyo. Their nationwide tour, including a total of 53 shows in 27 cities across Japan, began on March 3 in Kanagawa prefecture and concluded on April 26 in Fukuoka prefecture. By further promoting Sino-Japanese friendship, the successful tour brought a sense of fulfillment to everyone involved.

Chinese acrobatics is called zaji in Chinese, literally “a variety of skills,” and its history of over 2,000 years makes it one of the oldest forms of performing arts. Zaji stemmed from people’s daily life and labor activities, involving tools and articles such as ladders, plates, bowls, poles, tridents, ropes, whips, umbrellas and more. Originally, these labor skills and special techniques were demonstrated as leisure, but over time they reached a remarkable level of quality and refinement as acrobatic performance. This evolution of casual exhibition of labor skills into a performing arts style was named baixi—literally “a variety show of one hundred skills”—and occurred during the Han Dynasty. It has been greatly beloved by the people of China ever since.

The China National Acrobatic Troupe was founded in 1950. It is highly acclaimed, having been awarded over 60 gold medals in major competitions at home and abroad. The troupe has visited more than 120 countries to date as a cultural bridge, proudly continuing the mission of international cultural exchange entrusted to them by the late Chinese Premier Zhou Enlai.

Min-On has previously sponsored their Japan tour twice—in Legends of the Dragon and the Phoenix in 2007 and The King of Acrobatics in 2010—featuring the sublime beauty of their Chinese acrobatics. For this third tour, the Troupe has created a unique new production entitled Be Brilliant! Master Chef Panda, which combines Chinese acrobatics with comedy and drama. The story involves the main character “Panda” trying to become a brilliant master chef in the face of numerous challenges. In witty and humorous scenes of his journey, the Troupe demonstrates their indomitable spirit through highly difficult acrobatic maneuvers and exceptional physical strength. Entertaining crowds with elegance and the magnificent novelty of their distinctive performing arts, the China National Acrobatic Troupe impressed audiences at every venue across Japan.