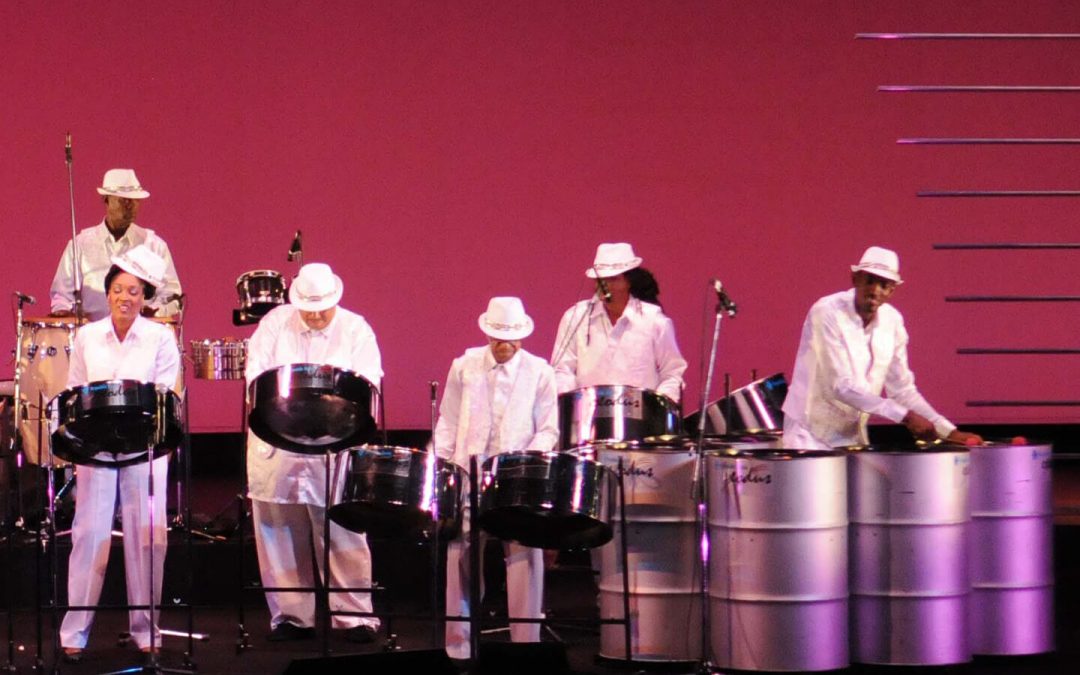 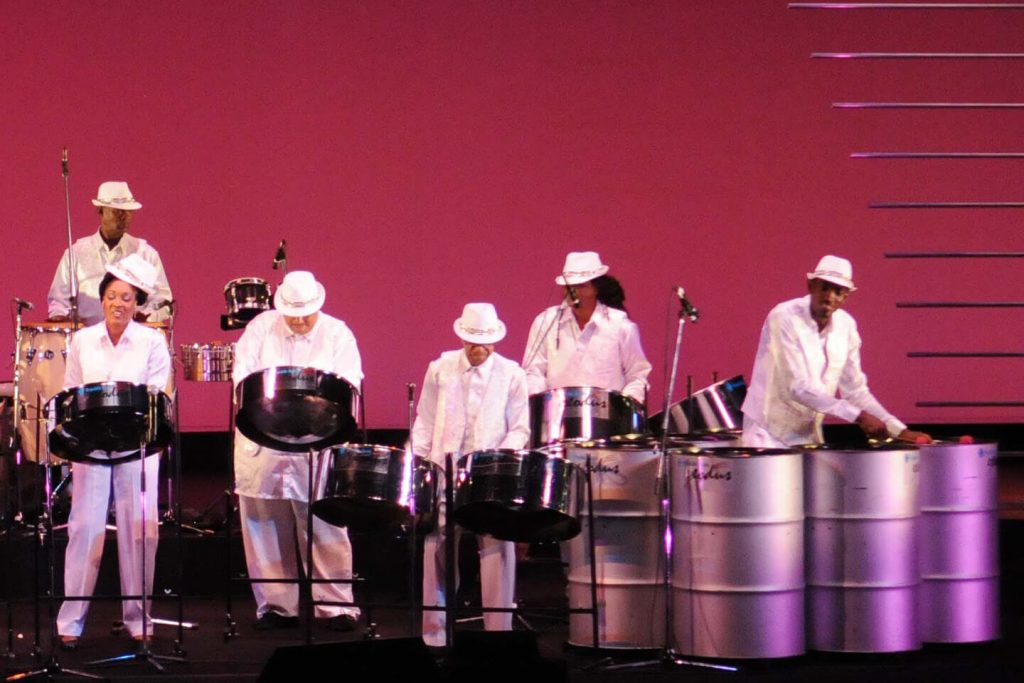 This year marks the 50th anniversary of the establishment of diplomatic relations between Japan and Trinidad <&> Tobago, one of the jewels of the Caribbean. It has also been designated as the Japan-CARICOM (Caribbean Community and Common Market) Friendship Year 2014. Min-On has happily joined in with the anniversary celebrations by inviting the Exodus Steel Orchestra, a distinguished steel drum band from the Republic of Trinidad <&> Tobago, for a month-long tour of Japan, performing in a total of 21 cities.

Trinidad <&> Tobago is famous as the birthplace of steel pans—also known as steel drums—said to be the last acoustic instrument invented in the 20th century. The first steel pans from the late 1940s were used 55-gallon oil drums, but as the instrument gained in popularity, instrument makers started producing its note-patterned surface and resonant body to more sophisticated technical specifications. This unique instrument, with its beautifully clear and melodically attractive sound, is beloved by the people on the islands and beyond. The steel pan has now been declared a national musical instrument of Trinidad <&> Tobago. Since then, steel pans have become increasingly popular in the rest of the world.

Exodus is four-time winner of Panorama, the largest steel-band contest in the world, which is held annually with the participation of over 100 contesting bands. Exodus’ concert, held at Nakano Sun Plaza Hall in Tokyo on September 23 at the mid-point of the nationwide tour, began with the cheerful sounds of an authentic Caribbean song “Calypso Rising,” followed by the group’s award-winning popular numbers in Trinidad <&> Tobago. The latter half of the performance featured a wide variety of music, from Elvis Presley’s “Can’t Help Falling in Love” to John Lennon’s “Imagine”; from the classical work “Air on the G String” to the Japanese popular song “Hana Wa Saku”, all played in breathtaking arrangements and with masterful technique. The music transformed the concert hall with its bright Caribbean atmosphere.