Harp of Burma Recalls the Power of Music 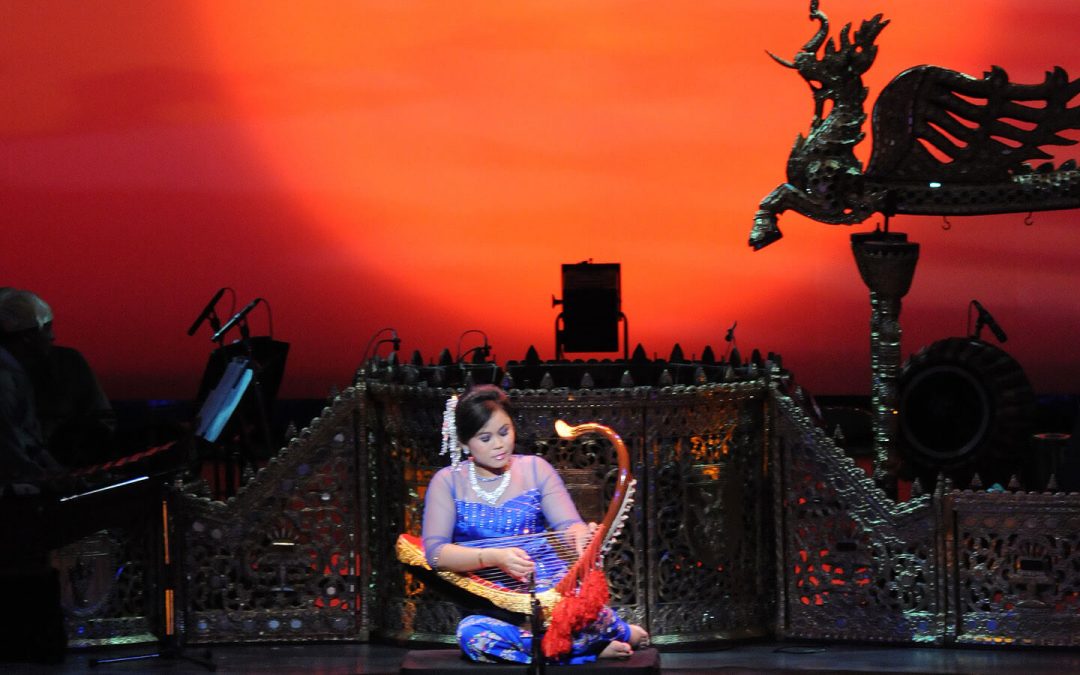 The Myanmar harp, called a saung-gauk or simply saung, is one of the earliest instruments of the ancient land of Burma. A solo performance of saung-gauk onstage at A Golden Brilliance of Peace created a vivid image of the harp echoing in the rainforest of Burma, and many members of the audience were perhaps reminded of the famous Japanese novel Harp of Burma written by Michio Takeyama.

Harp of Burma is the story of Japanese troops who are losing battles against British forces in the harsh tropical jungles of Burma. It portrays the distress of the young soldiers and the emotions stirred by the senselessness of war. In the face of these overwhelming challenges and inevitable defeat, the men discover the power of music through their commander’s ability to lead them in singing the songs of their homeland, which gradually revives their will to live. One of the Japanese soldiers who survives decides to become a Buddhist monk and remain in Burma after the war to dedicate his life to tending the graves of his fallen comrades and offering prayers for the repose of their spirits.

The idea of establishing the Min-On Concert Association came to Mr. Ikeda during his first visit to Southeast Asia in February 1961 as he was traveling over the battlefields of World War II from Burma (now Myanmar) toward Thailand and Cambodia, where his elder brother and many others died during the war. Throughout the trip, he had been thinking about what was needed for humanity to break away from the tragedy of war and build lasting peace. He realized that some means of promoting mutual understanding among the peoples of the world was crucial, and that cultural exchange through music and the performing arts would be an essential part of this process. Thus, he decided to found the Min-On Concert Association.