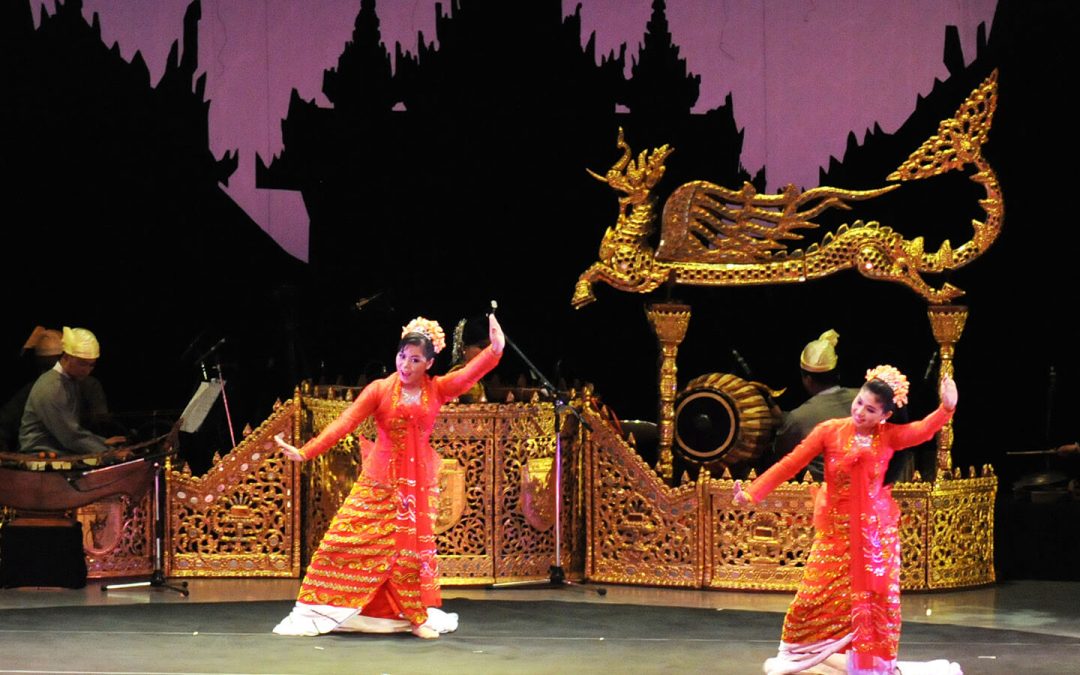 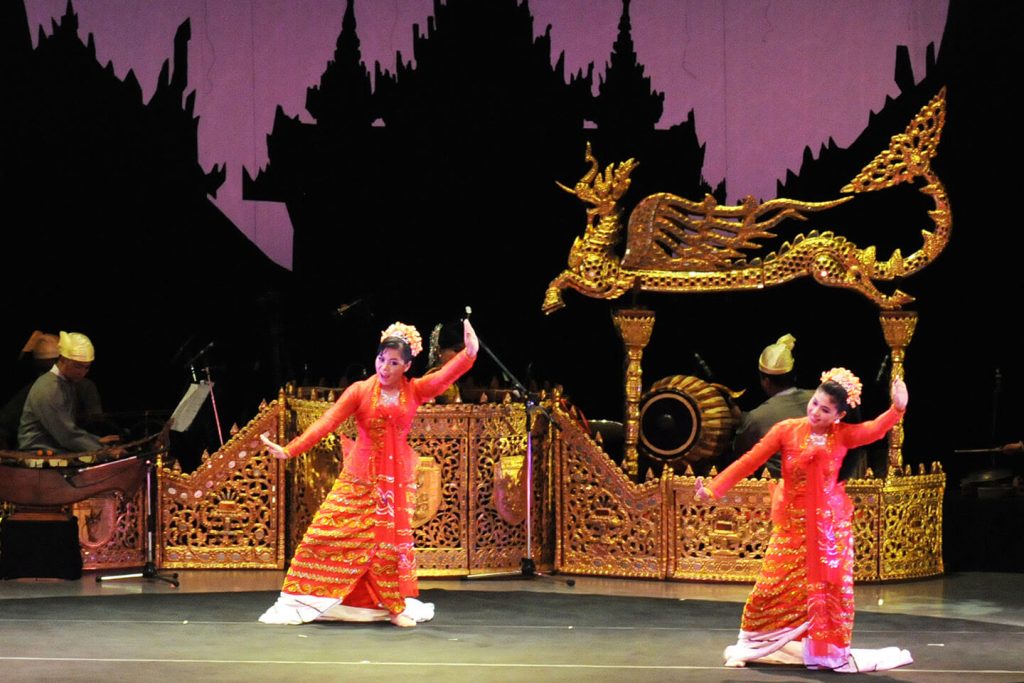 Myanmar, formerly called Burma, is rich in cultural heritage and natural resources; it is known as a devout Buddhist nation of gentle and peace-loving people. Myanmar is also famous throughout the world as “The Golden Land” due to the thousands of golden pagodas and the large golden paddy fields that have dotted the country since ancient times. The 20th century, however, witnessed the tragedy of disastrous wars in the country.

This year, commemorating the 60th anniversary of the conclusion of the postwar peace treaty and the establishment of diplomatic relations between Japan and Myanmar, Min-On hosted a special concert series entitled A Golden Brilliance of Peace featuring some of the most authentically traditional styles of music and dance. In cooperation with the embassy of the Republic of the Union of Myanmar in Tokyo, 15 selected musicians and artists from the National University of Arts and Culture were designated as the National Cultural Troupe and officially dispatched to Japan by the Ministry of Culture of Myanmar. Its extended nationwide Japan tour of 10 cities started in Aichi prefecture on September 30 and concluded in Tokyo on October 16 at Nakano Sun Plaza Hall with a capacity audience that included many distinguished guests from a number of South Asian countries.

Throughout the troupe’s performance, the center of the stage was occupied by Myanmar’s unique musical ensemble called a Saing Waing, consisting of a circle of drums, a circle of brass, a frame of gongs, bass drums, an oboe-like instrument called a hne, large and small cymbals and bamboo clappers. A unique feature of the Saing Waing is that the musical ensemble is entirely surrounded by decorative fencing made of gilded teak similar in color to those golden pagodas. The musicians who play the drum circle, the brass circle and the bass drums sat inside the golden frame, while singers and dancers entertained the audience outside of the musical ensemble. While the Saing Waing delivered the diverse sounds of classical Burmese music, singers and dancers showcased various types of regional traditions with unique rhythms and melodies. The performances also featured Myanmar’s most popular puppet show, the finely crafted puppets moving gracefully with the delicate manipulations of the expert puppeteers. The audiences were delighted and inspired by the exquisite performance of A Golden Brilliance of Peace.