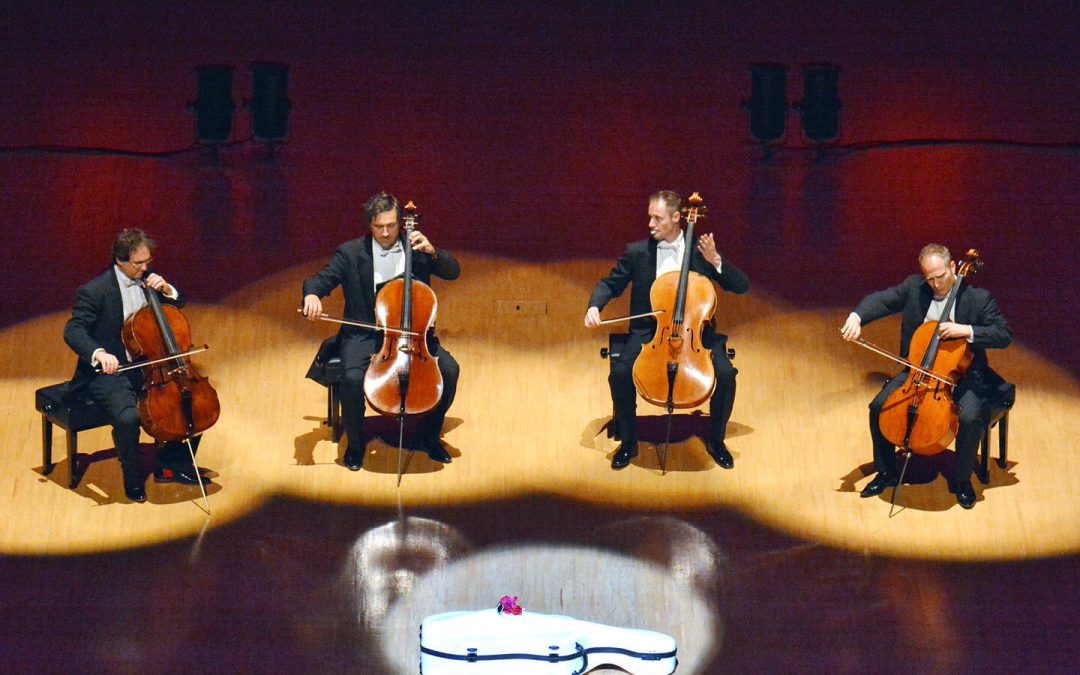 Cello music offers a wide variety of tone color and acoustic expression. The instrument’s range can deliver powerful bass, dramatic tenor, and even some lyrical soprano. The cello is often described as the instrument that sounds closest to the human voice. Its character is compared to the ideal male voice singing a love song. Usually, cellos are associated with classical music, and a number of concertos and sonatas have been written specifically for the cello by famous composers.

Quattrocelli is a German cello quartet, made up of four classically trained young virtuosos: Lukas Dreyer, Michael Peternek, Matthias Trück, and Hartwig Christ. The group’s music is specially arranged for their unique ensemble. With each member’s individual techniques, the group can play a variety of genres extending beyond the classical. From country music to jazz, from Latin to rock-and-roll, the unorthodox style of Quattrocelli’s cello performance is a treat for both ears and eyes.

This summer, Quattrocelli embarked on a first-time, six-city nationwide tour of Japan at the invitation of Min-On. The concert began with Bach’s famous Air on the G String, followed by a series of famous film music. The performance concluded with a piece by George Gershwin and some Middle Eastern music. As part of the show, the members took turns pantomiming scenes or characters based on the musical numbers, adding an element of humor and surprise. At every venue, a full-capacity audience was captivated by Quattrocelli’s energy and passion for music and was highly amused by their stage antics.