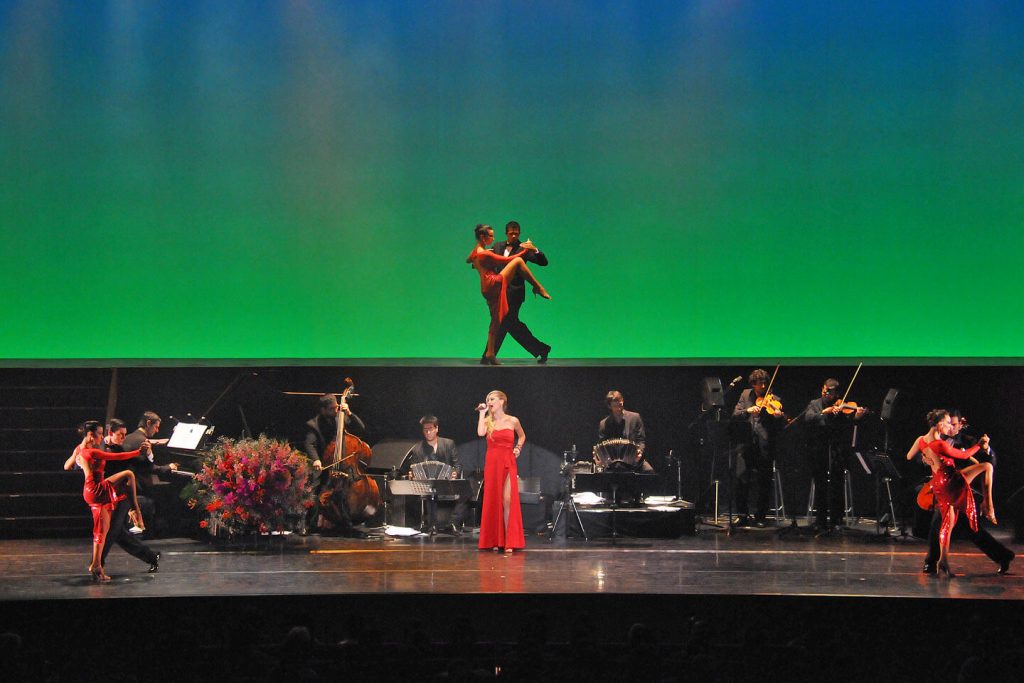 Every year since Min-On launched the Min-On Tango Series in 1970, a number of internationally renowned tango artists have been invited to Japan from Argentina and other countries. To date, more than 2,400 Min-On tango performances have been held, attracting a combined audience of more than 3.6 million people, establishing the series as one of the most prestigious tango events in Japan.

Meanwhile, in Argentina, Min-On established the Min-On Award in 2004 to be presented to winners of the annual international tango festival and competition The Tango Buenos Aires. Winners are given the opportunity of participating in a performance tour of the Min-On Tango Series in Japan. Indeed, among international tango artists, winning the Min-On Award is now considered as a ticket to success in the world of professional tango. In this way, Min-On has contributed to friendly relations between Japan and Argentina, as well as the popularity of tango culture around the world for more than 40 years.

Early in the New Year, the 45th installment of the acclaimed annual series got underway for a two-month-long nationwide tour of 29 cities across Japan. Entitled Dramatic Tango in 2014—The Melodies Echo Eternally, the tour’s first stop on January 24 was Min-On’s regular Tokyo venue, the Nakano Sun Plaza Hall, which hosted a capacity audience, including ambassadors and diplomats from six Latin American countries.

The premiere featured the Grecos Tango Orquesta, a leading orchestra in the contemporary tango scene made up of young virtuoso musicians, accompanied by award-winning dancers such as Florencia & Guido—Min-On Award recipients at the 2013 International Tango Competition. With an average age of just 31, the band members are the very embodiment of youthful energy and passionate rhythm, and together with the three couples of award-winning dancers, they delivered a moving performance of authentically dramatic tango. Their reward was loud applause and enthusiastic cheers after each of the two-dozen or so classical, popular and original tango pieces that made up the concert. 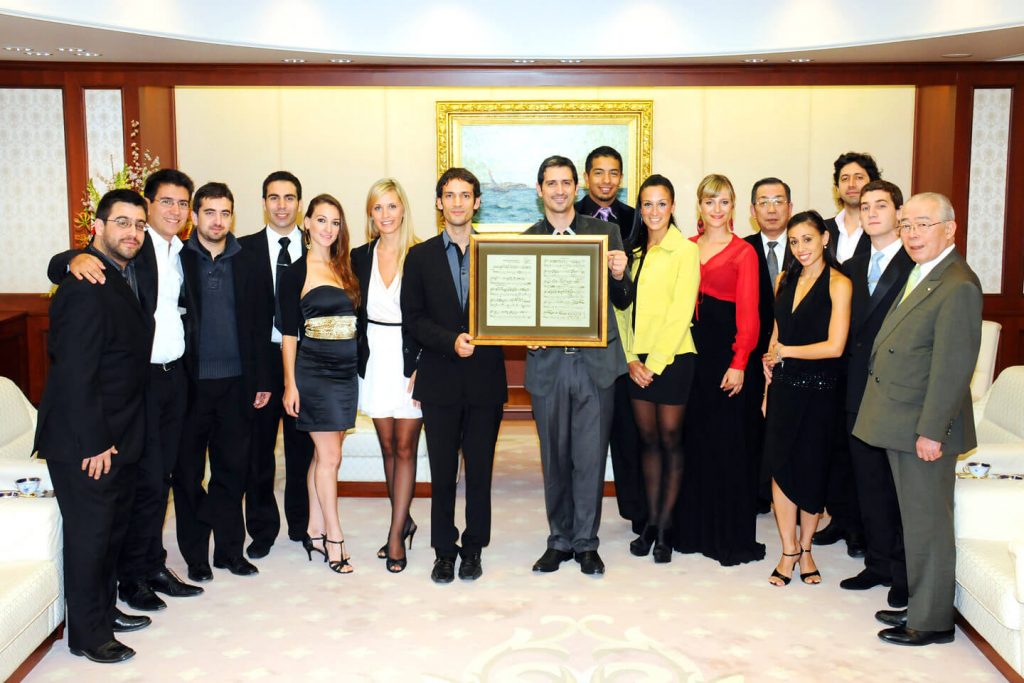 On January 21, before embarking on their nationwide tour, fourteen musicians and dancers from the Grecos Tango Orquesta—led by the young master pianist Emilliano Greco and his younger brother Lautaro, a virtuoso bandonionist—visited the Min-On Culture Center in Tokyo. After a warm welcome by the entire Min-On staff in the Grand Lobby of the Center, President Hiroyasu Kobayashi and board members of the Min-On Concert Association greeted them in the reception room. During a formal meeting, maestro Emilliano Greco expressed his heartfelt gratitude for Min-On’s invitation to Japan and presented a framed score of his original composition Melodia Permanete (Melody in Eternity). “I have deeply admired and empathized with Dr. Ikeda’s idea of promoting global exchange in music for the cause of world peace,” Emilliano explained, “and I am very proud to be a part of the cultural movement he founded. The path toward peace is far from uneventful, yet we must all continue our progress along that path. I composed this piece in humble dedication to Min-On founder Dr. Daisaku Ikeda for his long-standing leadership of and contribution to the struggle for peace and our path to peace in eternity.” He added, “I will perform this piece at each venue throughout the tour with my deepest gratitude and conviction to follow the path.”