New Program of Overseas Dispatches: The First to China 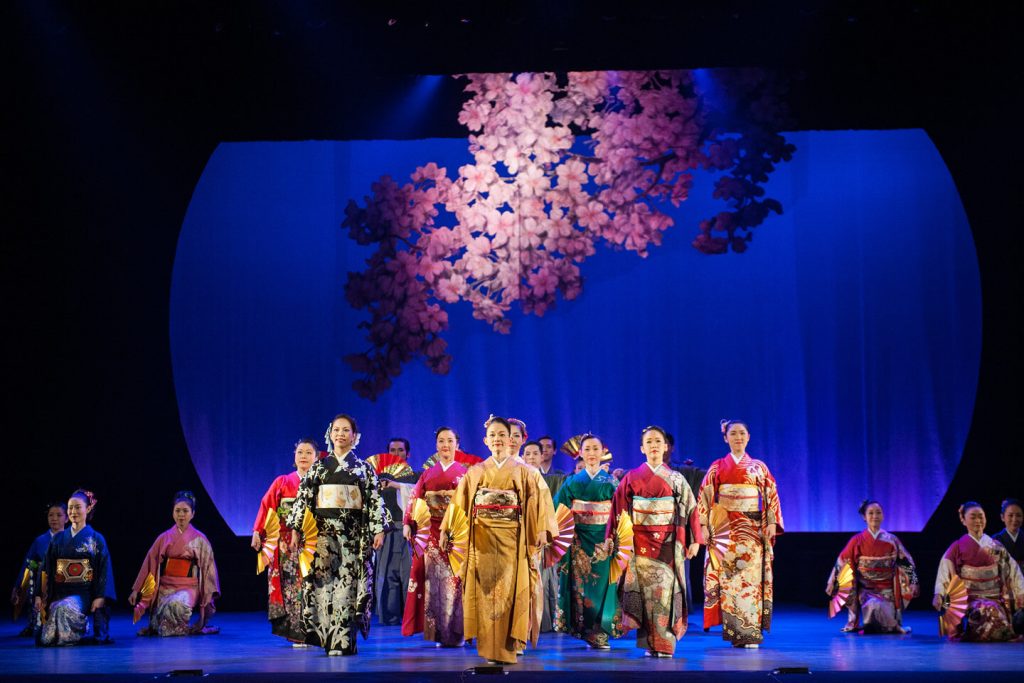 Based on the Founder’s belief that a genuine bridge of culture connecting people to people cannot be broken, the Min-On Concert Association has invited more than 40 cultural groups and artists from neighboring China since 1975, three years prior to the conclusion of the Treaty of Peace and Friendship between Japan and the People’s Republic of China in 1978.

This year, in celebration of the 50th anniversary of its foundation, Min-On launched a new program of overseas dispatches of Japanese cultural groups and artists. As the first of the new program on the auspicious occasion of the 35th anniversary of the Peace and Friendship Treaty, Min-On formed a special troupe of Japanese performing artists, and from the end of October through the beginning of November, dispatched the troupe to the People’s Republic of China for performances in Beijing and Tianjin to further enhance mutual friendship between the two nations.

On October 31, Min-On’s special performance of the Japanese artists was premiered at the Mei Lanfang Grand Theater in Beijing in front of a capacity audience. President Tang Jiaxuan of the China-Japan Friendship Association, a former foreign minister of the People’s Republic of China, together with many other distinguished guests, enjoyed a variety of unique performing arts from Japan. After the performance, President Tang Jiaxuan encouraged the members of the troupe saying that the success of diplomatic relations could be realized only through such heart-to-heart ties of common people, and this kind of a cultural exchange could deepen mutual understanding and respect between the two nations.