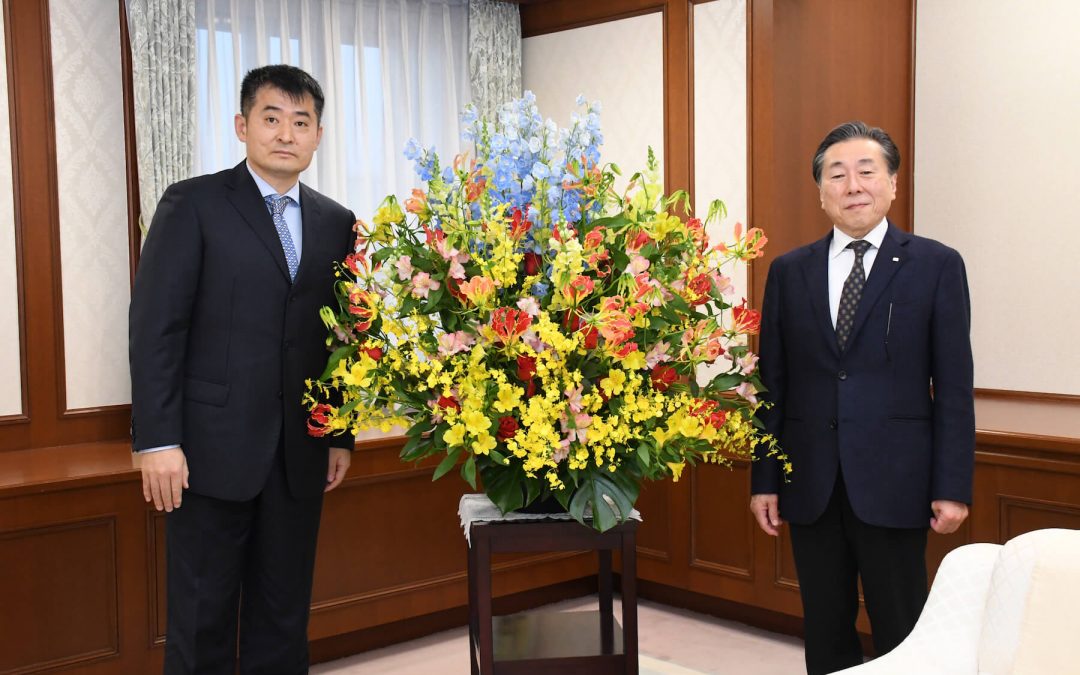 On December 5, Minister-Counselor Jiang Enqiao of the Embassy of the People’s Republic of China in Japan, paid a courtesy call on the Min-On Concert Association at the Min-On Culture Center in Shinjuku, Tokyo. He was welcomed by Association President Kazuto Ito.

Minister-Counselor Jiang expressed gratitude to Min-On for engaging in activities over many years in order to promote cultural exchanges between China and Japan, noting that such exchanges were vital in bringing people in both countries closer together. He added that his hope was for Chinese and Japanese youth would carry forward the effort to strengthen bilateral goodwill and friendship even further in the years to come.

Following their meeting, the Chinese minister-counselor toured the newly renovated Min-On Music Museum and viewed a short performance on a rare harpsicord.