“We are tomodachi desu” 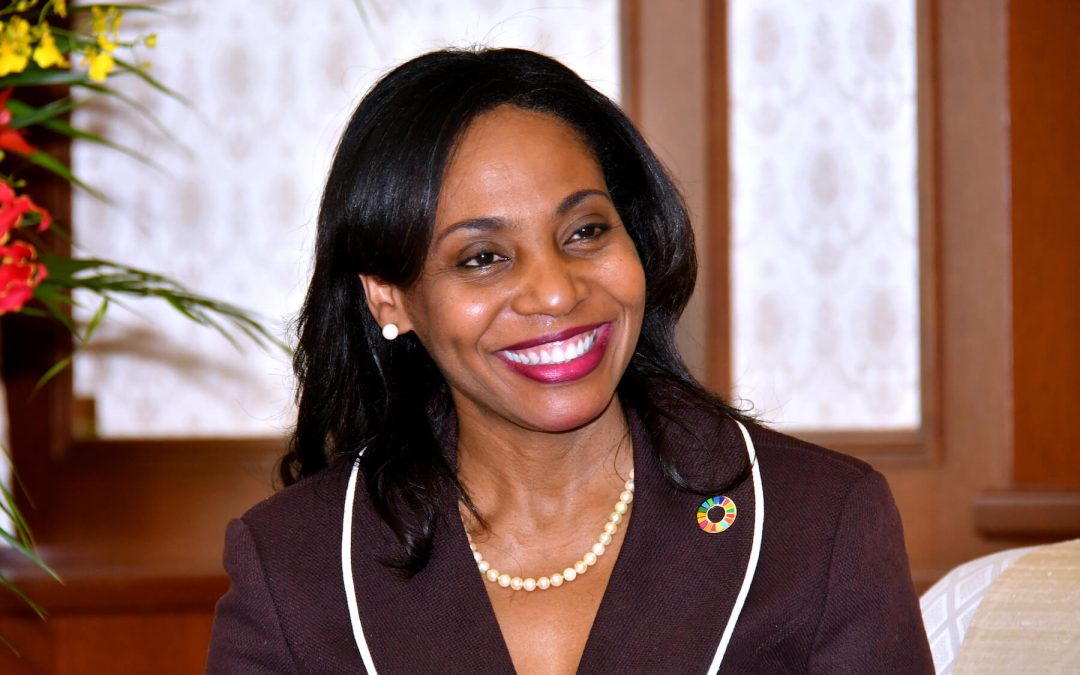 Interview with Her Excellency Ms. Shorna-Kay M. Richards, Ambassador Extraordinary and Plenipotentiary of Jamaica to Japan 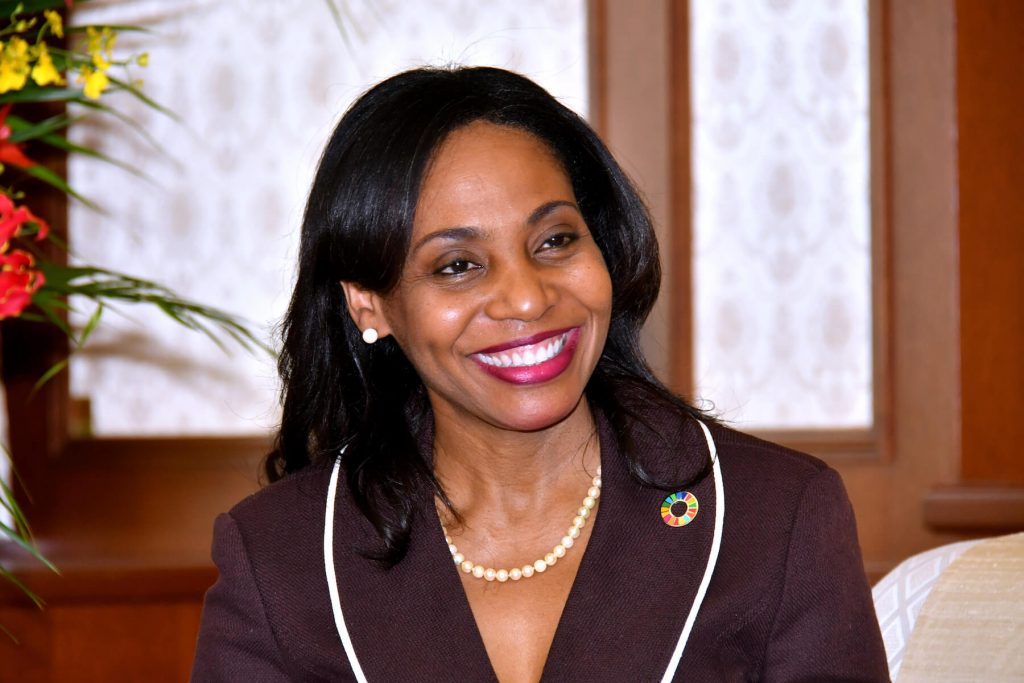 Min-On: Thank you for sharing your time with us, Madam Ambassador. I understand that this [2022] marks the 60th anniversary year of Jamaica’s independence.

SR: [Honoring the women of Jamaica who contributed to nation-building over those years], we are holding the exhibition “Jamaican Women Holding Up More Than Half The Sky” at our Embassy lobby.

Our women occupy very high-level positions in our society … and this exhibition showcases women in public service, in diplomacy, sports [and in numerous other areas]. A study from the International Labor Organization in 2015 ranked Jamaica as No. 1 in the world for having the highest proportion of female managers, 59.9%.

MO: Japan would do well to learn from your exhibition. Moving on, while many Japanese associate Blue Mountain coffee with Jamaica, our appreciation of the food culture of Jamaica itself is lacking…

SR: I always say that coffee was [Jamaica’s] first taishi [ambassador] to Japan. Jamaican Blue Mountain coffee is called the “king of coffee” here in Japan and at one point, our Japanese partners were importing 90% of this coffee.

[Other representative dishes of Jamaican food culture include] jerk chicken, ackee and saltfish (know more widely as salted cod). One of the main ingredients in our [jerk chicken is] scotch bonnet pepper, which is somewhat spicier than the typical habanero and flavourful. Our jerk marinade ; was originally used for pork but now we use it to cook chicken and even seafood.

Ackee is a fruit, but Jamaicans eat it like a vegetable. Rumor has it that we are eating poisonous food; I’m going to say no and I’m going to say yes. When the fruit ripens it naturally opens to reveal the blackheads. The yellow flesh you see is the edible part of the ackee. This is our national fruit  and forms part of Jamaica’s national dish – ackee and saltfish. I’m always so happy that Japanese people are enjoying ackee and saltfish when we serve it.

SR: The message of reggae is one of love, of peace, of solidarity, of equal rights and justice. In 1978, Bob Marley headlined the One Love concert; it was a time of civil unrest in Jamaica and Bob Marley invited on stage the leaders of our two main political parties and he had them hold hands together. This was a symbolic gesture as a reminder to the Jamaican people that we are one people despite the political parties that we support. This is the message that reggae music has spread. And the new generation of artistes are building on this positive legacy.

Koffee is one of our youngest reggae artists and a very talented performer. She had a historic Grammy win in 2020 when she won Best Reggae Album and this made her the first woman and the youngest to do so at the age of 20. When she’s not busy with music she is very busy finding ways to help and motivate Jamaican youth and so we were very happy to showcase her in the Min-On Music Journey video for Jamaica.

MO: Thank you again for this interview. Do you have a message for the Japanese people?

SR: I just want to say to the Japanese: We are tomodachi desu [friends]. Jamaica and Japan, one love, one people. Please come to Jamaica and feel all right!