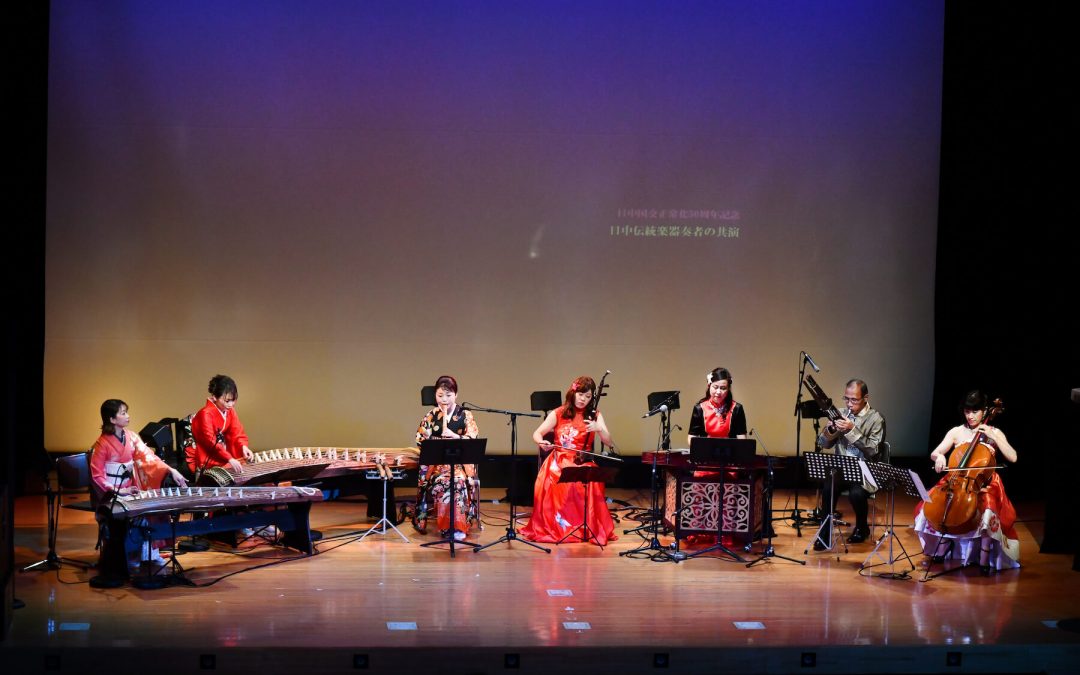 On September 22, the Min-On Concert Association opened a “Lecture Concert” to commemorate the 50th anniversary of formal bilateral relations between Japan and China. The Association organizes the series, which includes panel discussions and other features in addition to the performance of actual instruments, to introduce Japanese audiences to the music culture of the country being highlighted. 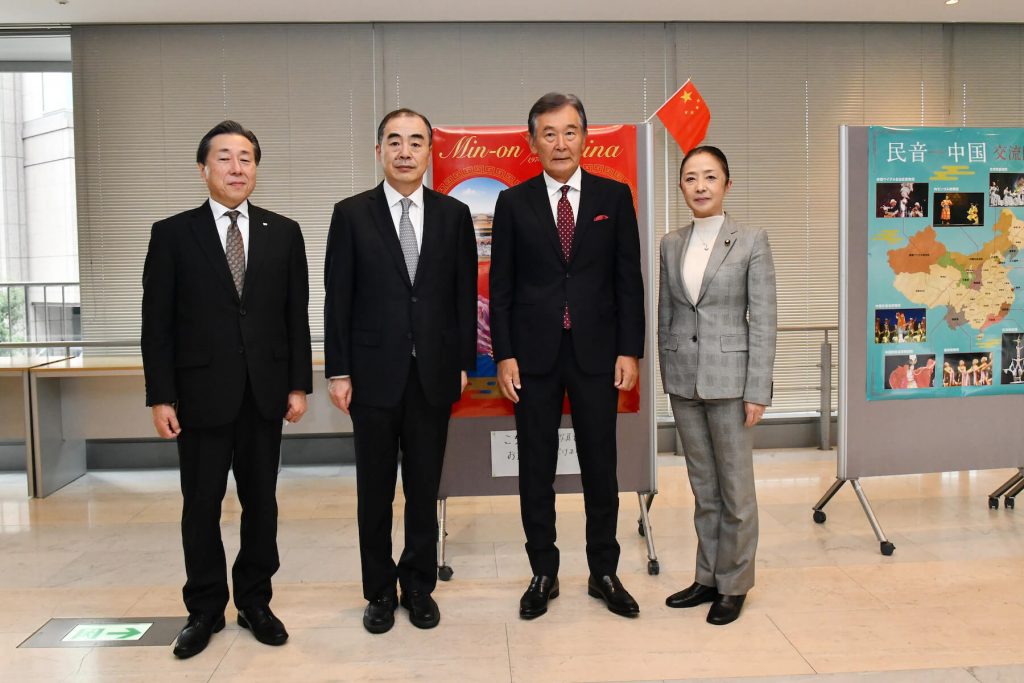 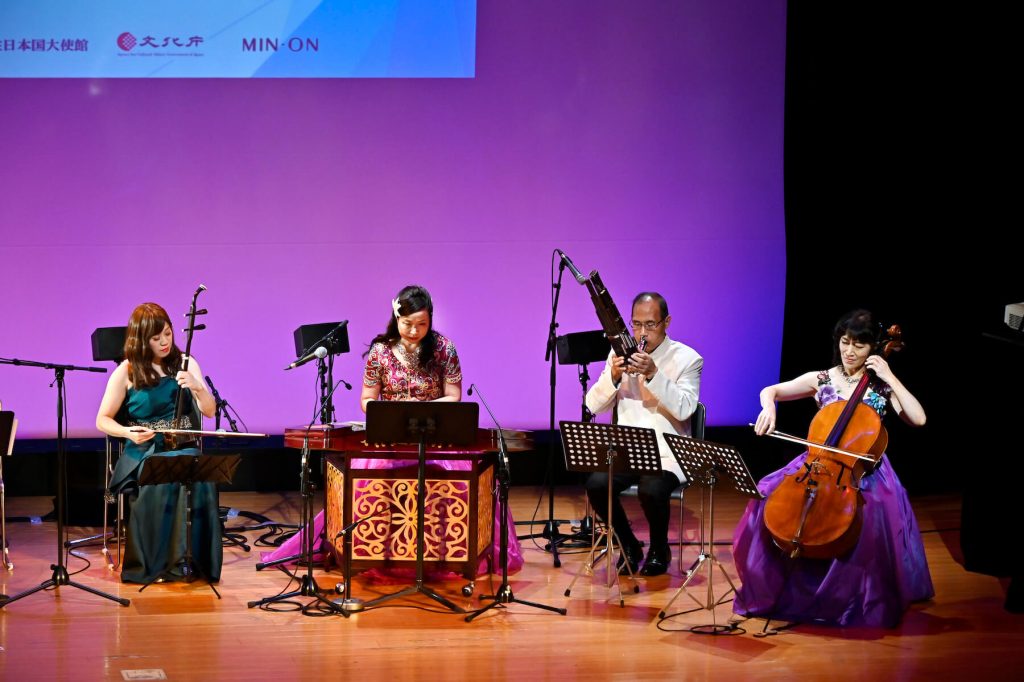 The events’ highlights featured Zheng Yu on the hammered dulcimer Yangqin; Wang Jing on the stringed bow erhu; Qian Tenhao on the sho, or traditional reed instrument; and Yumiko Morooka on the cello, who collaborated with her fellow Chinese artists to play traditional folk songs of China and “Homura,” the theme song from the animated film “Dragon Slayer.” Other musicians included Erina Ito on the Japanese koto, Shiori Tanabe on the shakuhachi flute and Yuko Watabe on the 17-string koto. 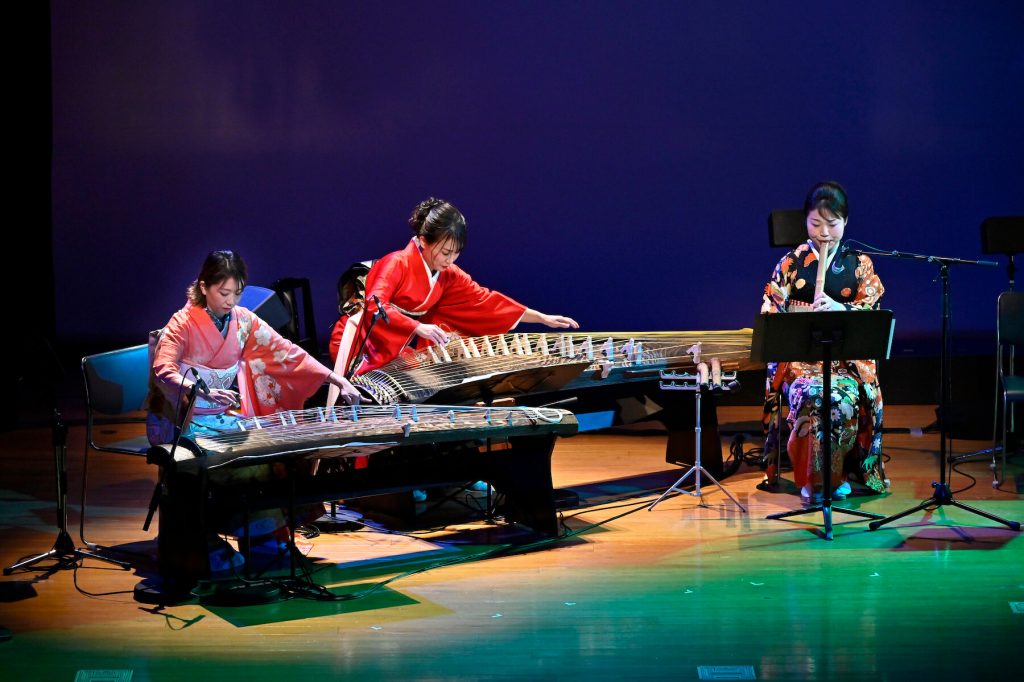 Following the musical performance, Ms. Zheng, Ms. Ito and Ms. Tanabe engaged in a discussion on their impressions of the two countries, their music culture and aspirations for bilateral friendship going forward.

The event concluded with the entire ensemble coming together to play “Flower,” the theme song from a popular Japanese television drama, and the Chinese song “Mo Li Hua (Jasmine),” with “Silk Road,” the theme song for an award-winning public TV documentary series, performed as the finale.