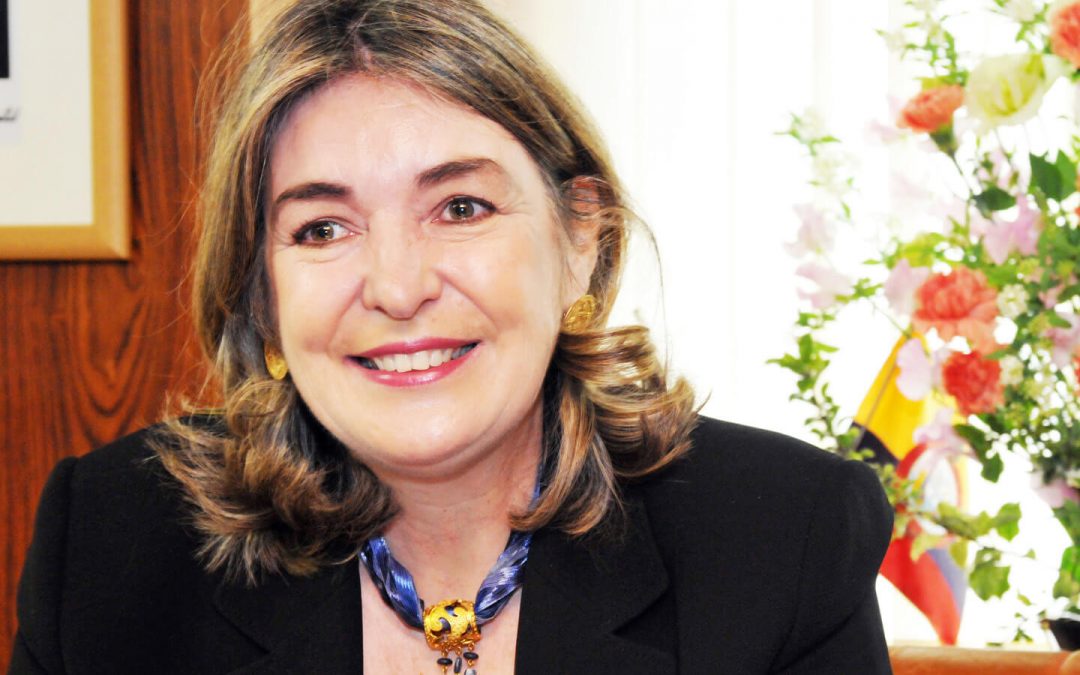 Music a Source of Happiness in Colombia 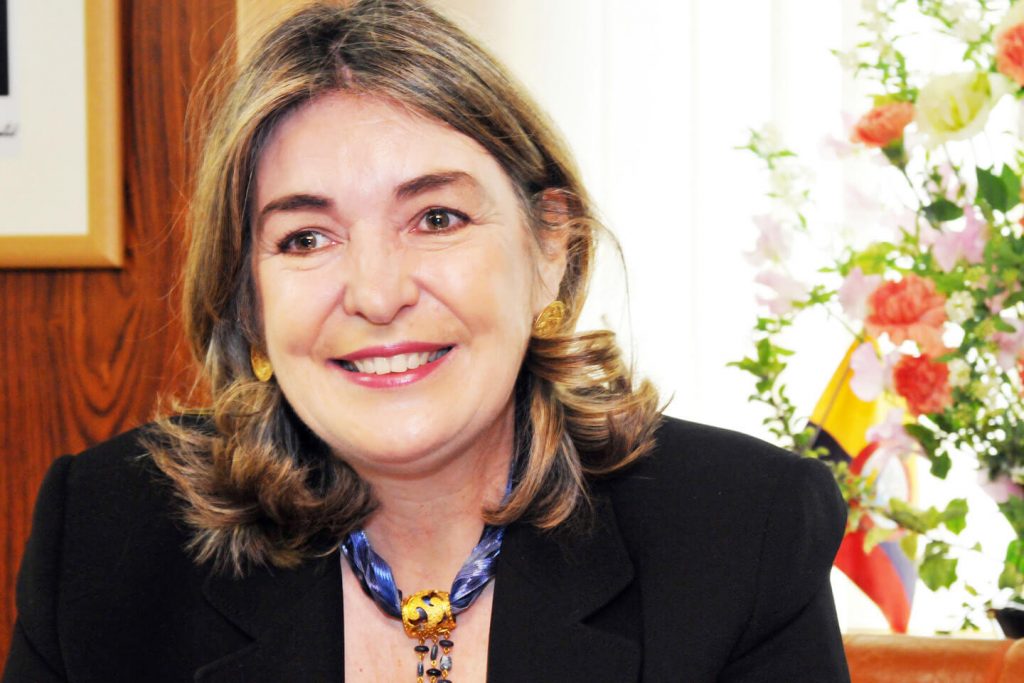 “It is very interesting to see how culture, and specifically music, has been pointed out as one of the reasons why Colombia can be considered the happiest nation on the planet.”

Min-On: Thank you so much for your consistent support and frequent participation in Min-On’s activities. Could you tell us more about the unique aspects of Colombia, especially its culture, music and performing arts, and also what you are personally proud of as Ambassador of Colombia to Japan.

Ambassador Cardenas: First of all, I would like to extend a special greeting to all the readers of Harmony. It is an excellent opportunity for me to be able to share various aspects of Colombia, and particularly our rich cultural heritage.

To understand the unique richness of Colombia, we have to look back at our history. A diversity of cultures inhabited what is now Colombia before the arrival of the Spaniards. There were numerous indigenous pre-Colombian civilizations in Latin America. One of the most distinctive legends that frames the pre-Hispanic era is El Dorado—the mythical city of gold. The legend derives from a ceremony carried out by the indigenous Muisca tribe involving a ritual that took place on the shores of Lake Guatavita in which precious treasures of gold and emeralds were thrown into the lake as offerings to a god that lived under the water. The Gold Museum in Bogota houses the largest and most extraordinary collection of these pre-Colombian gold artifacts in the world, as well as pottery and textiles. We were delighted that the Legendary Treasures of El Dorado exhibition was held at Min-On’s affiliated institution, the Tokyo Fuji Art Museum, in 1990, and those gold artifacts and some of the world’s biggest emeralds were on display for the first time in Japan.

The Spaniards arrived with the Conquest bringing slaves with them from Africa. Then in the late 19th and early 20th centuries, immigrants from other European countries, as well as from the Middle East and Asia, arrived and settled. For this reason, Colombia is a multi-ethnic and multicultural nation, where each region has its own distinct characteristics that makes it different from all the others. Colombian culture—from its performing arts to its cuisine, architecture, fine arts, literature, film and photography—is an amalgam of European, African and indigenous influences.

Given such rich diversity, there are always reasons to celebrate! We have 110 festivals, 46 fairs, 32 beauty contests and five carnivals every year. Colombia is a country of festivity. We have been proud to be able to show to Japanese audiences this rich variety of Colombian culture through concerts, exhibitions and dance performances from different regions. Those occasions have been precious opportunities to share our values and our spirit as a country through our music. I am always looking for new opportunities to promote Colombia and its immense cultural heritage. 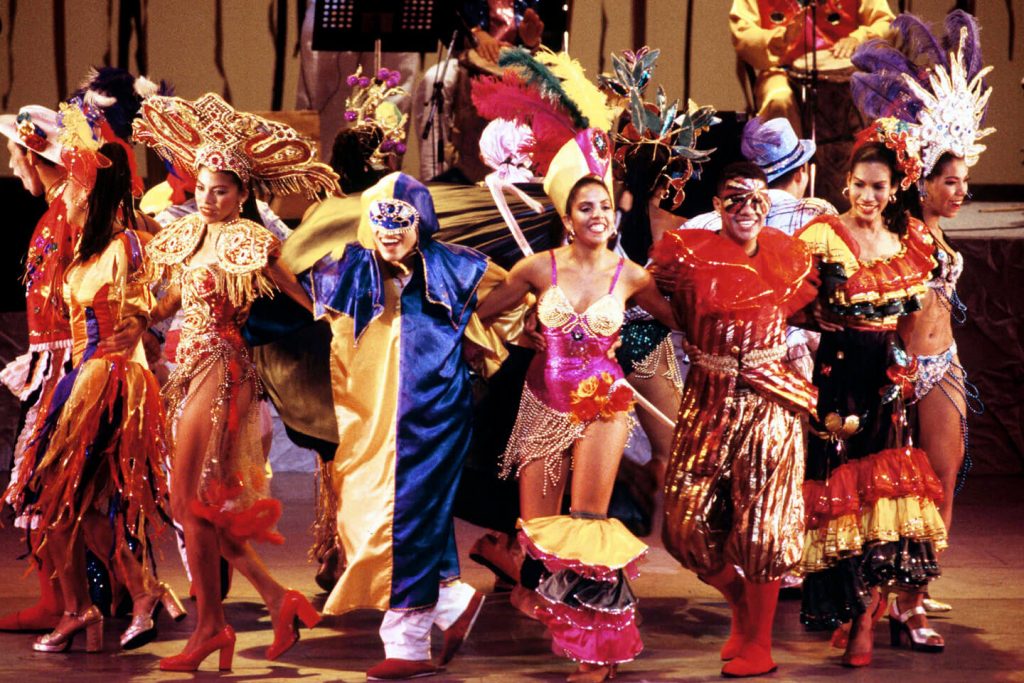 Performance of the Barranquilla Carnival in 1990

Min-On: When we see Your Excellency at Min-On concerts, you seem to genuinely enjoy the music and performances from different countries. Please share with us your thoughts on the importance of music and art in people’s lives.

Ambassador: I really love listening to music and watching various performances. I don’t want to miss any of those wonderful concerts by artists invited from around the world. Min-On’s ability to select the best performers from each country to represent their musical culture and the quality of the performances are always superb.

There is no doubt that music has the power to positively affect people’s behavior and attitude, and that it can be an instrument of healing and encouragement capable of bringing joy to people even in times of sadness. The fact that music can contribute to a state of wellbeing in its most fundamental sense has been recognized by international studies and polls. It is very interesting to see how culture—and specifically music—has been identified as one of the reasons why Colombia is considered by some to be the happiest nation on the planet. This was one of the conclusions of The Global Barometer of Hope and Happiness, a poll by WIN/Gallup International Association. According to this survey, inhabitants of Colombia are almost twice as happy as the global average, and one of the reasons for this is the presence of music and art in people’s daily lives.

For us, music is a valuable tool to connect people and cultures. Indeed, music has been one of the ways in which we have been able to establish a closer relationship with Japan. 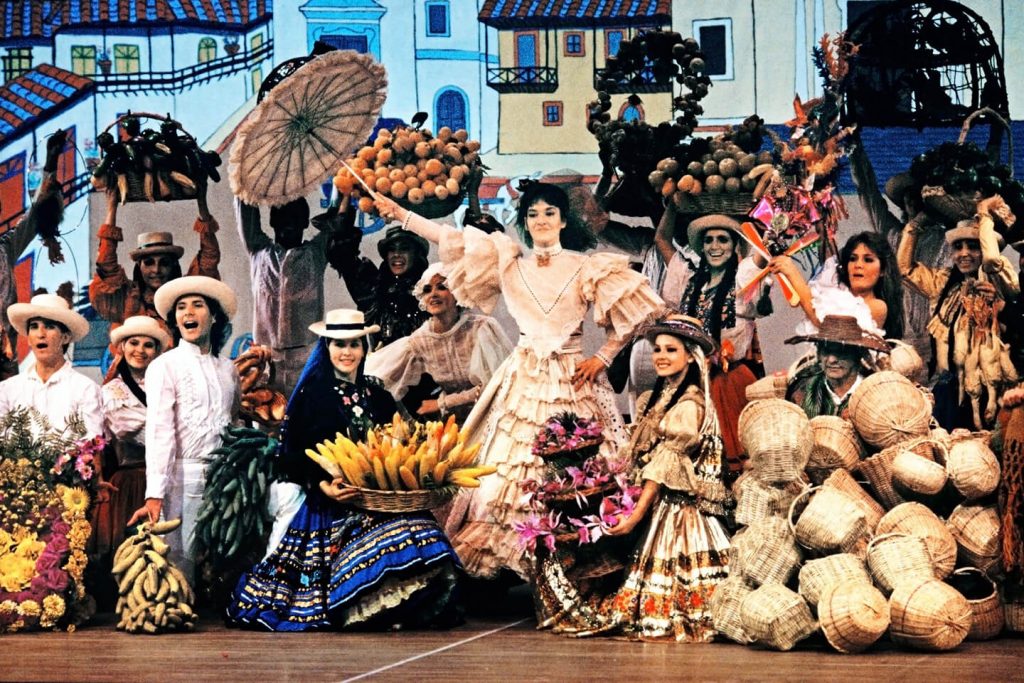 Performance of the Ballet Folklorico Nacional de Colombia in 1988

Min-On: For the past 50 years, based on its founding principles, Min-On has promoted cultural exchange with different countries around the world. Please share your experiences with and impressions of Min-On, as well as your thoughts on the value of those cultural exchange activities.

Ambassador: There is no doubt that Min-On plays an important role in the area of cultural exchange. Every time I attend a cultural activity, I feel not only glad but also thankful, because Min-On is truly creating opportunities for different nations to share with Japan their expressions of musical culture.

Many people don’t know much about Colombia, and often people’s impression of the country is simplistic or stereotypical. However, once people have the opportunity to attend a cultural performance, they tend to reassess their assumptions about Colombia. They discover that there is wealth of culture in the country, and they feel the distance lessen. Min-On has made a great contribution to the understanding of our country in Japan, its uniqueness and cultural diversity.

We are grateful to have received the support of Min-On on many occasions in the past. For instance, in 1988, Min-On invited the Ballet Folklorico Nacional de Colombia for a tour of 23 performances around Japan. Min-On also supported a special performance by Leonor Gonzalez Mina in 1990 as well as the Barranquilla Carnival in the context of former President Andres Pastrana’s visit to Japan in 1999.

Besides these invitations from Min-On, we have also had the opportunity to bring various performers to Japan, who together have contributed to greater mutual understanding between our nations. These include the Ballet de Antioquia, which performs Colombian traditional dances at the highest professional levels; Bahia, a marimba group from the Pacific Region of Colombia; and El Colegio del Cuerpo, a Cartagena dance school that focuses on dance as a way to tackle social problems.

Other artists that have performed recently are Maria Mulata, who plays traditional bullerengue rythms of the Caribbean; Tiple artists, Pedro Neland Richardo Martinez; Salsa performers, Calambuco, and salsa dancers, Swing Latino, among others.

Through each one of these cultural showcases, we have been able to reiterate how music is truly an excellent way to consolidate our ties. People can spontaneously accept new and different cultures by experiencing such performances in person. In that sense, cultural exchange is a key element to fostering mutual understanding, allowing people to feel closer and respect each other, bringing us one step closer to peace around the world.

I look forward to working together with Min-On again in the future to share the immense cultural heritage of Colombia with Japanese audiences, and to exploring cutting-edge artistic expression. A good example is the internationally acclaimed group Delirio, a unique and beautiful Cali-style salsa show with a combination of fast-paced, exotic footwork and breathtaking circus-like performance. I sincerely hope this will further strengthen the bonds of friendship that bind Japan and Colombia.