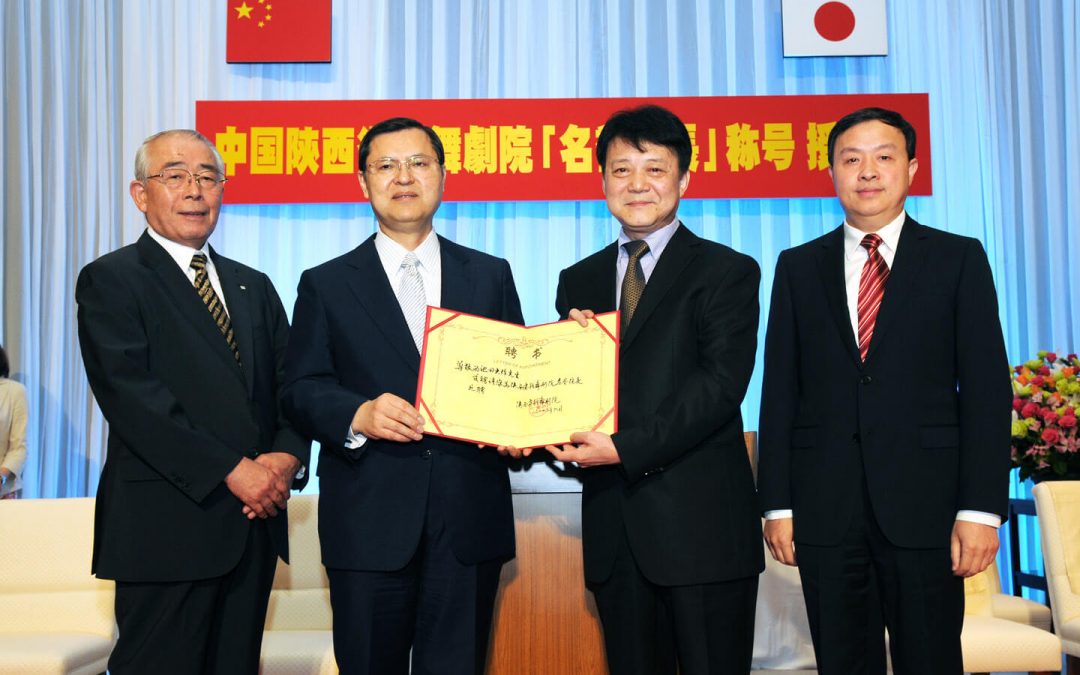 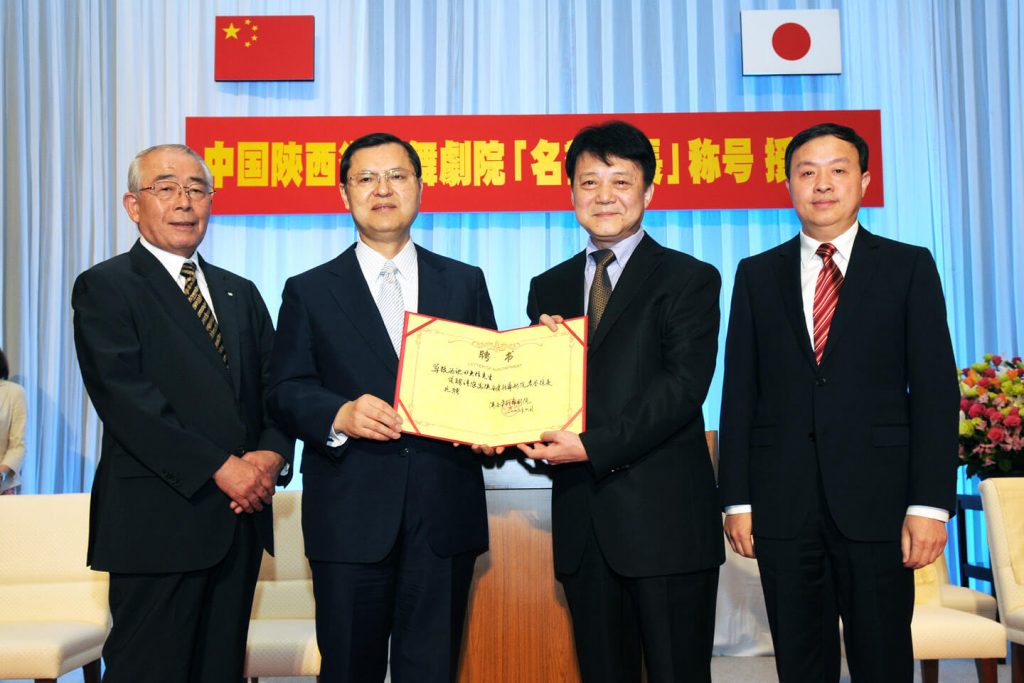 Mr. Hiromasa Ikeda (second from left) accepts the honorary title on behalf of his father, the Min-On founder

On July 2, 2012, the Institute of the Shaanxi Provincial Song and Dance Theater from Xi’an, China, bestowed the title of Honorary President on Min-On founder Dr. Daisaku Ikeda. Dr. Ikeda was recognized for his longstanding efforts to promote Sino- Japanese friendship through cultural and educational exchanges and for his many and various contributions to global peace.

The presentation ceremony, which was attended by the entire cast of the Shaanxi Provincial Song and Dance Troupe during their Japan tour and by Min-On staff, took place at the Min-On Culture Center in Tokyo. There, the President of the Institute, Liu Qing, presented a certificate of citation to Soka Gakkai Vice General Director Hiromasa Ikeda, a director of the Min-On Concert Association. Mr. Ikeda participated in the ceremony on his father’s behalf. In the citation, President Liu commended Min-On founder Dr. Ikeda for his promotion of cultural exchanges through the Min-On Concert Association. He praised Dr. Ikeda’s conviction that Min-On could develop friendship and mutual understanding between the two countries, and described him as a potent force in peace-building through his humanistic philosophy.

In an acceptance message read out by Mr. Hiromasa Ikeda, Min-On founder Dr. Ikeda conveyed his appreciation and pride at the privilege of receiving the honorary title. He reminisced on his visit to Xi’an in 1974, and was reminded of his determination, made during his stay in Xi’an, to dedicate his efforts toward building a “Bridge of Hearts” that would connect the people of Japan and China, and toward developing a close alliance between the two countries. All the participants in the ceremony shared this determination to further promote Sino- Japanese friendship.