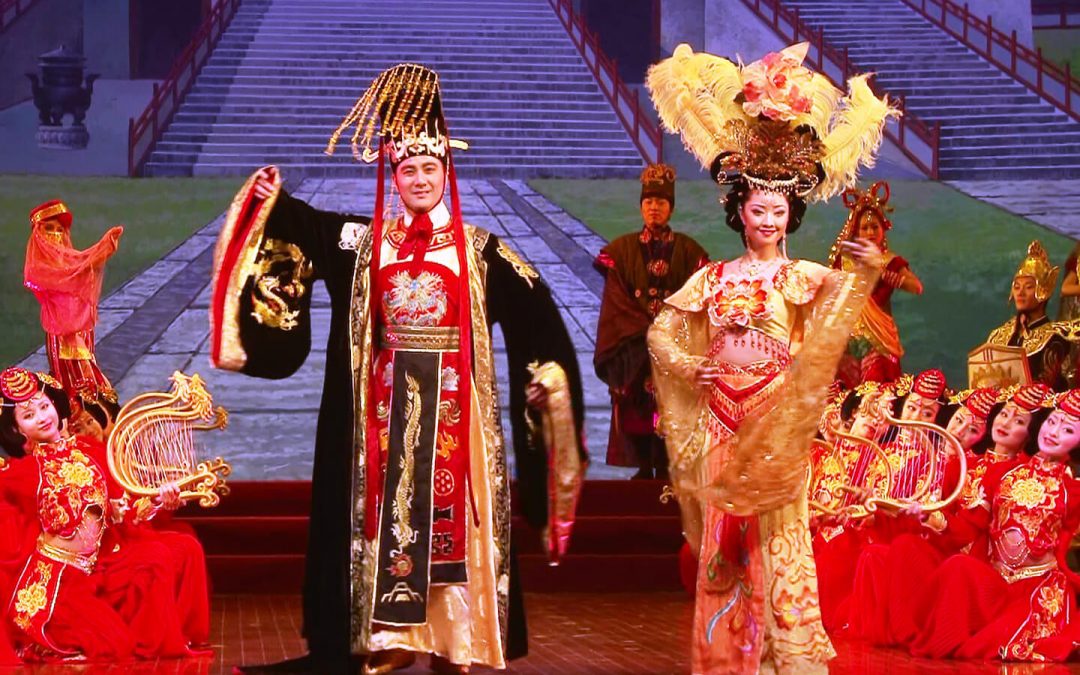 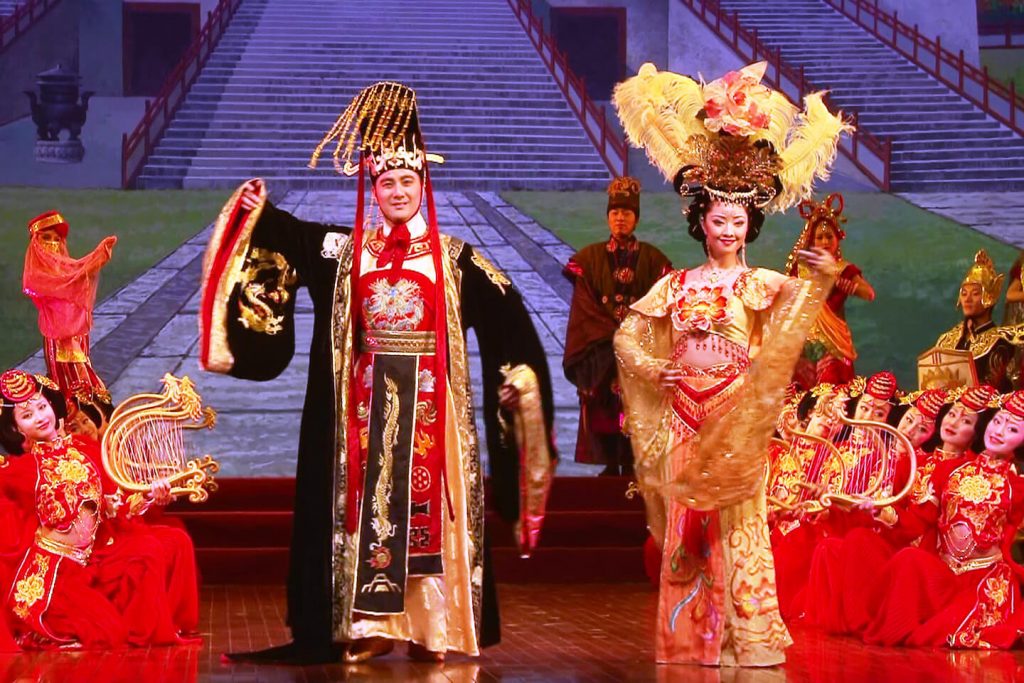 On the evening of 10 July, the Shaanxi Song and Dance Troupe’s Moon over the Capital – Music and Dance of the Tang Dynasty premiered in Tokyo before a capacity audience at Nakano Sun Plaza Hall. In attendance were ambassadors and diplomats from 19 countries. The performance was followed by a commemorative reception in celebration of the 40th anniversary of the normalization of diplomatic relations between Japan and China.

The Shaanxi Song and Dance Troupe is the largest and most prestigious theatrical company in Western China. The troupe’s formidable reputation has been built up over its long history. It was formed in 1940 and is based in the city of Xi’an, a city once known as the ancient Chinese capital of Chang’an. For this first-time tour of Japan, the troupe co-produced this performance of Moon over the Capital with the Min-On Concert Association. The original production was written and choreographed by the troupe’s deputy director, Wang Hong, and is based on the story—woven from historical fact—of a Japanese official envoy to China in the 8th century. The performance began with a prologue, in which a ship carrying the Japanese mission is making its way through heavy seas on a stormy night. A 19-year-old Japanese envoy, Abe-no-Nakamaro, is standing on the bow of the ship, looking into the far distance, eagerly anticipating his studies in China.

Spectacular performances of music and dance handed down from ancient China followed over a total of two acts of fourteen scenes, depicting the artistic grace and magnificence of the imperial court in the capital of Chang’an during the prosperous Tang Dynasty more than 1,300 years ago. In a dramatic final scene, the Emperor Xuang of Tang presents a silk robe to the 70-year-old Nakamaro in honor of his lifelong dedication to the glory and prosperity of the Tang Dynasty. This moved the audience to tears and drew a storm of applause.

The Shaanxi Song and Dance Troupe successfully concluded their two-month-long nationwide tour of 47 cities in Japan—a tour that included 96 engagements—and left Tokyo to return home to Xi’an on July 15. They carried with them a sense of fulfillment at having celebrated Sino-Japanese friendship.