On May 21, the Min-On Concert Association kicked off “Celebrating the Silk Road: The Bridge of Culture and Friendship, Vol. 2—Kyrgyzstan,” the second following Min-On’s tribute to the Republic of Uzbekistan held on April 23. The Kyrgyz and Uzbek concerts were held in honor of the 30th anniversary of Japan’s establishment of diplomatic relations with countries of Central Asia, with both held at the Akasaka Civic Center in Tokyo. 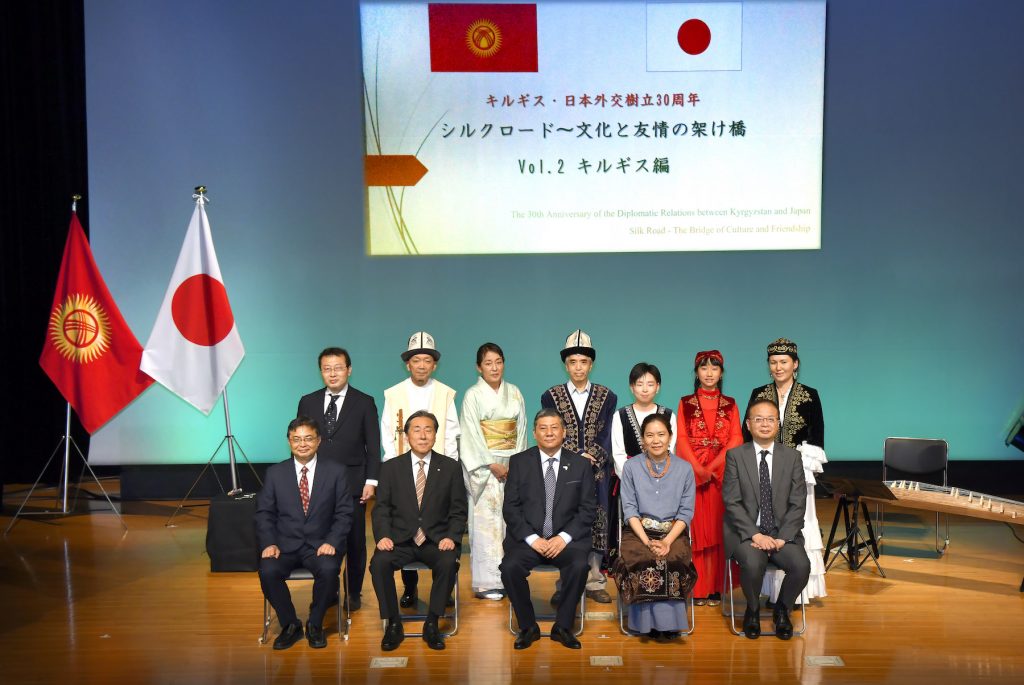 The latest program was co-organized by the Embassy of the Kyrgyz Republic in Japan and the Japanese Agency for Cultural Affairs (JACA). It featured two performances, the first for some 150 children and their parents or guardians held at noon, and was attended by Embassy Second Secretary Kalender Mulkubatov. Following the second secretary’s presentation of the history and culture of his homeland, komuz mouth harp player Kalyiman Umetbaeva and other musicians played folk instruments and performed dances of Kyrgyzstan. Later, seven children took to the stage and tried their hand at a local dance performed to a Kyrgyz song. 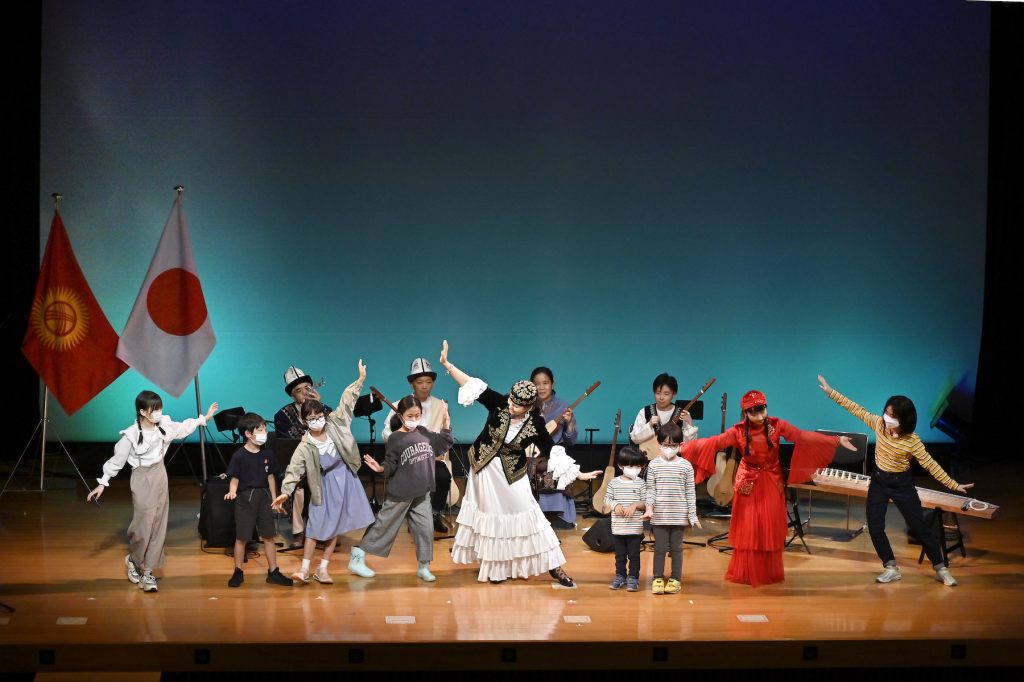 The evening performance drew some 300 participants, including Kyrgyz Embassy Counselor Erkin Atabekov and JACA Deputy Director-General Hirohiko Nakahara. As part of Min-On’s mandate to introduce foreign culture and arts to Japanese audiences, the event opened with a panel discussion on the wonder and beauty of Kyrgyz musical instruments by panelists Toshinobu Usuyama, University of Tsukuba professor of humanities and social sciences; Ms. Kalyiman; and Leo Tadagawa, who plays the ooz komuz, a fretless stringed instrument. 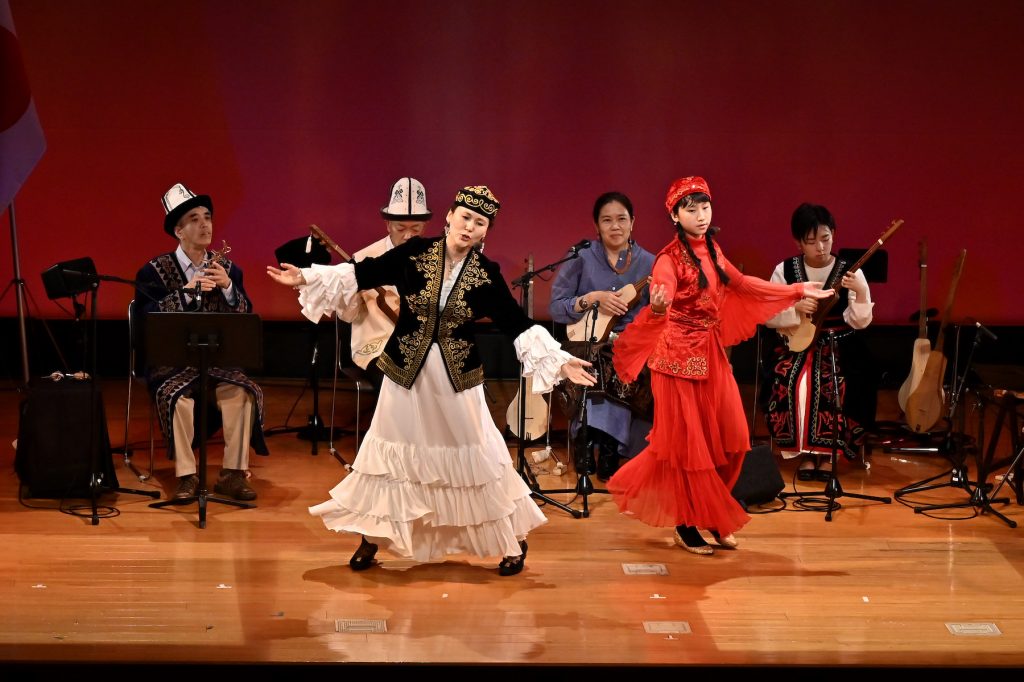 Among the concert’s highlights was a uniquely beautiful ensemble featuring Ms. Kalyiman on the komuz; Mr. Tadagawa on the temir-komuz, a mouth harp made from iron; Tomoko Mitsuishi on the koto, or Japanese zither; and other musicians, a performance the audience enthusiastically greeted. 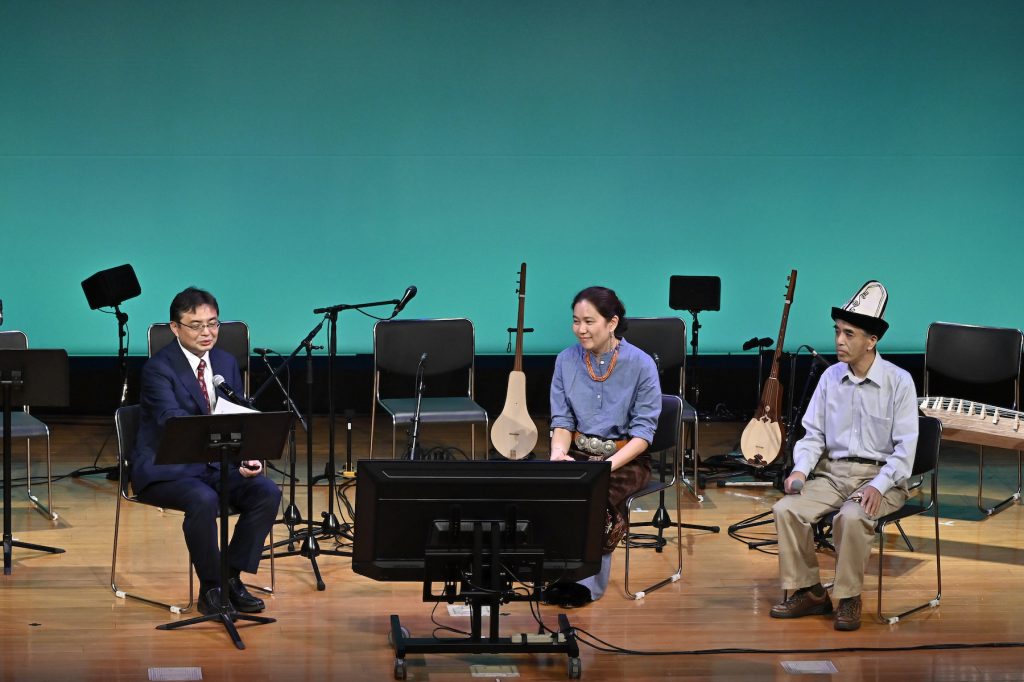 Below, please enjoy “Kerme Too” performed by all of the musicians at the concert, a song about a small village waking to the sun rising above Kerme Too, a limestone mountain in central Kyrgyzstan.