Welcome to Min-On’s Music Journey! Today, the Min-On Concert Association and Embassy of the Republic of Serbia in Japan welcome you to Serbia, located on the Balkan Peninsula in Southeastern Europe. Serbia is located at an important crossroads between Europe and Asia. This includes extensive cultural exchange with Japan, and 2022 marks the 140th anniversary of friendship between Serbia and Japan.

The capital of Belgrade, a place where West meets East

The Danube and Sava rivers intersect in the landlocked country of Serbia, creating critical routes connecting it to neighboring countries. The capital of Belgrade stands at the confluence of these two rivers, making it a crossroads of civilization since ancient times.

Modern Belgrade is a center of culture, including cultural events and institutions like the Serbian National Theatre, the Serbian National Museum, the Belgrade Academy of Fine Arts and the Belgrade Philharmonic. Blessed with a mild continental climate, here visitors can savor the scenery during all the seasons as they stroll beautiful city streets and take in local architecture.

The dense and raw modernist architecture of New Belgrade, across the Sava River, with its remarkable structures built after World War II is best described as a lively residential area packed with restaurants, shopping malls, cafes and more. 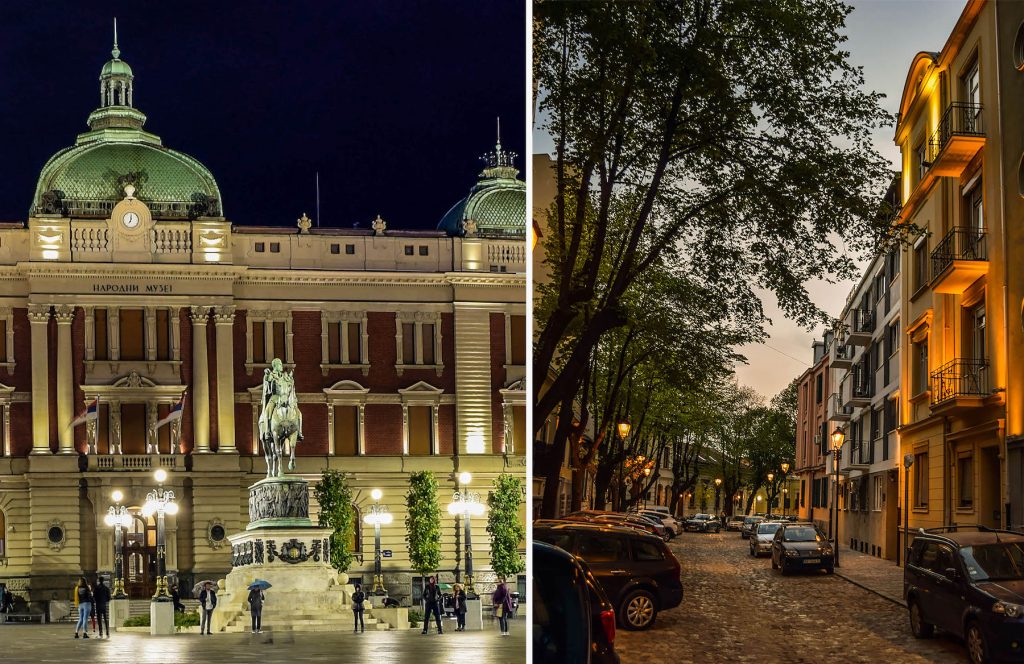 The Kalemegdan Park is the oldest cultural landmark in Belgrade. Also known as Belgrade Fortress, its solid, imposing outer walls serve as a symbol of the city’s history of warfare dating back to before the birth of Christ. Today the fortress serves a new role, serving as a positive influence in the hearts and minds of everyone who visits—it’s famous for having the most beautiful view overlooking the Danube and Sava rivers.

The city also illuminates the fortress at night. The enchanting sight of the illuminated fortress is a famous “secret side” of this landmark. There is also a natural history museum and military museum within the park, making it a fantastic location to experience both the culture and history of Serbia. 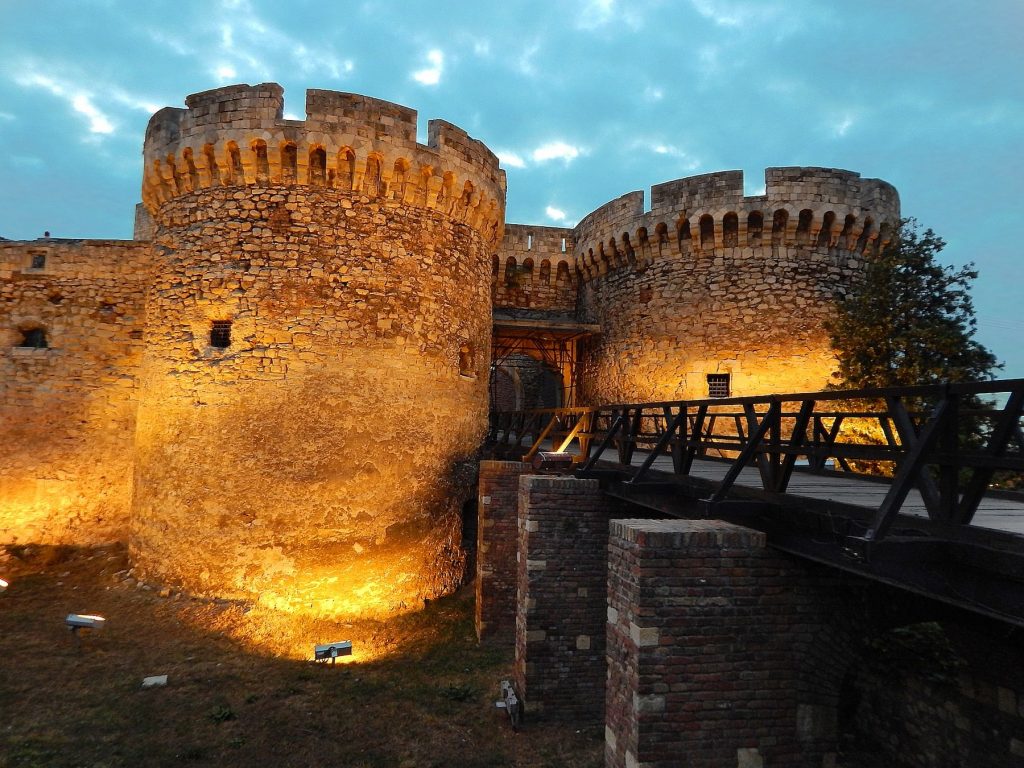 Recreation in the beautiful Serbian countryside

One of Serbia’s key features is the striking contrast between bustling cities and pastoral countryside. There are many locations throughout the country where visitors can savor Serbia’s rich natural environment, including rural landscapes of unspoiled natural beauty and lofty plateaus with pure, refreshing air.

Serbia’s natural environment offers something for everyone, including outdoor activities like cycling, mountain climbing and rafting, leisurely experiences like walking or bird-watching, and relaxation and wellness for the body and mind in hot springs surrounded by lush forests.

One of the five national parks, Djerdap National Park in particular is a treasure trove of natural wonders across an expansive 64,000 hectares, including gorgeous landscapes around the Danube River, geological heritage and breathtaking ravines. 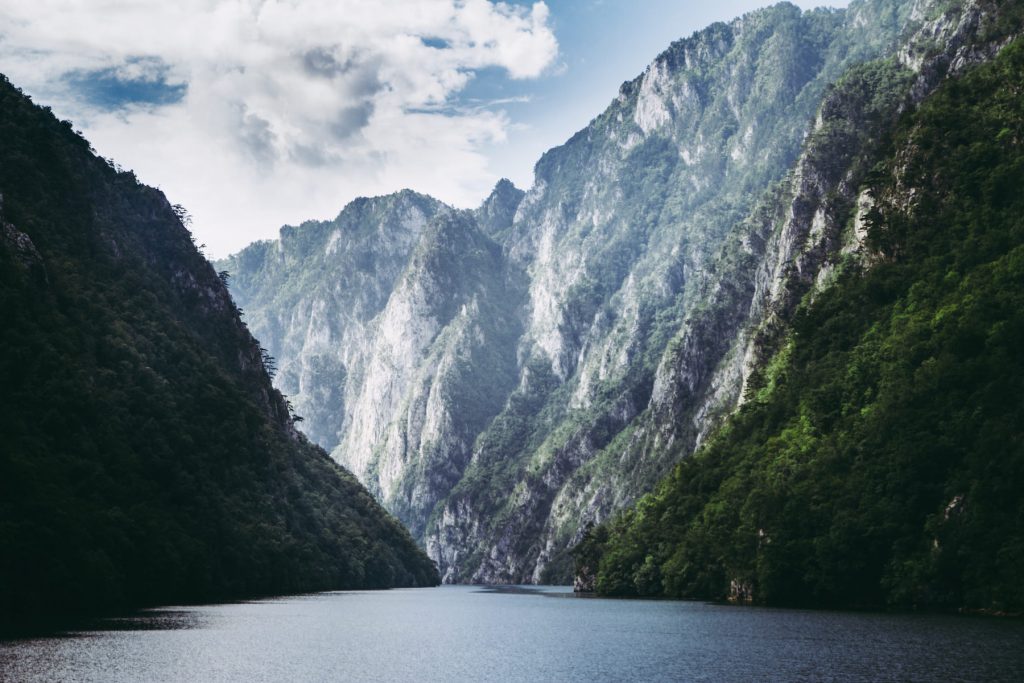 Please enjoy watching the tourism videos below, as produced by the National Tourism organization of Serbia.

Serbia has a rich artistic and cultural history, and currently hosts numerous music, theater and film festivals throughout the year. In particular, Novi Sad, the second largest city in northern Serbia, was chosen as the 2021 European Capital of Culture (a culturally rich city chosen each year by EU member nations to promote international understanding).

Every July, Novi Sad hosts EXIT Festival, the largest music festival in Southeast Europe. Musicians from many genres, including rock, electronica, hip-hop and R&B come to perform on the festival’s stage at Petrovaradin Fortress. The world-famous event draws at least 150,000 spectators every year! Please enjoy a video below of the festival in 2021.

Every year in August, a small and quiet town of Guča in Central Serbia turns into a big party and a bustling stage for some of the best brass bands. The air is filled with the sound of trumpets and smell of traditional Serbian food, and with many domestic and international visitors Guča Trumpet Festival is truly once in a lifetime experience.

Another essential aspect of Serbian musical culture is kolo, a traditional dance that UNESCO registered as Intangible Cultural Heritage in 2017. The word kolo means “circle,” and it is performed by a group linked by holding hands or locking elbows in a circle.

Kolo is defined by swift, intricate dance steps, performed precisely in sync by dancers who hardly move from the waist up—an incredible sight to behold. Flashy, colorful and traditionally embroidered national costumes worn by the dancers moving to the two-step rhythm are another part of kolo’s charm, and it’s still performed today at festivals and weddings.

Please enjoy the spectacular dance performance by the National Folk Song and Dance Ensemble Kolo, recommended by the Embassy of the Republic of Serbia in Japan.

National Folk Song and Dance Ensemble Kolo was founded in Serbia in 1948, with the aim of collecting, arranging and preserving the general national dance, song and musical treasures. Since establishment it has performed more than 6,000 times in front of more than 12 million people. The ensemble performed with great success in Japan on four occasions: in 1959, 1973, 1987 and most recently in 2010, and it has numerous fans of all generations throughout Japan.

In 2018, just one year after UNESCO registered kolo as Intangible Cultural Heritage, UNESCO registered singing to the accompaniment of the Gusle as Intangible Cultural Heritage. Primarily heroic epic poems are performed accompanied by this traditional single-string instrument, placed on the lap or held between the knees and played using a bow. This method of playing the instrument has the unique effect of allowing the range of the instrument to perfectly match the vocal range of the player’s singing voice.

Below, please enjoy a gusle performance.

Interestingly, one of Japanese folk songs Tanabata-sama made its way to Serbia in 1960s, where it has become one of the most cherished nursery songs called “Šušti, šušti bambusov list“, also taught in primary schools and sung by choirs. Here you can enjoy the performance of this song in Serbian and Japanese by Shinsuke Usui, Yuki Saito and Kenji Kanematsu during a concert organized by the Embassy of Serbia to mark the jubilee of  140 years of friendly relations between Serbia and Japan.

Mućkalica, grilled pork braised with paprika and tomato paste, is one of Serbia’s most well-known dishes. Serbian cuisine was influenced by Turkey and central Europe before developing into a unique culinary culture. In 2021, Mućkalica was released for the first time in Japan by Matsubara Foods Corporation (Fukuoka City) as a packaged food. This marks the first time that a Serbian dish has been produced and sold in Japan.

Ajvar is a paste made from paprika, with some variations adding other ingredients like eggplants or tomatoes. It’s sold by the jar as one of Serbia’s most popular spreads. Serbian paprika is rich and smoky with an underlying sweetness, and it’s an especially important local ingredient.

The delicious flavor of Serbian paprika is strongly concentrated in ajvar, making it perfect for pairing with anything including meat dishes, pasta, cheese or bacon. It’s also more than a seasoning—it can be eaten as-is, somewhat like a salad, making it a versatile ingredient as both supporting flavor or main dish. 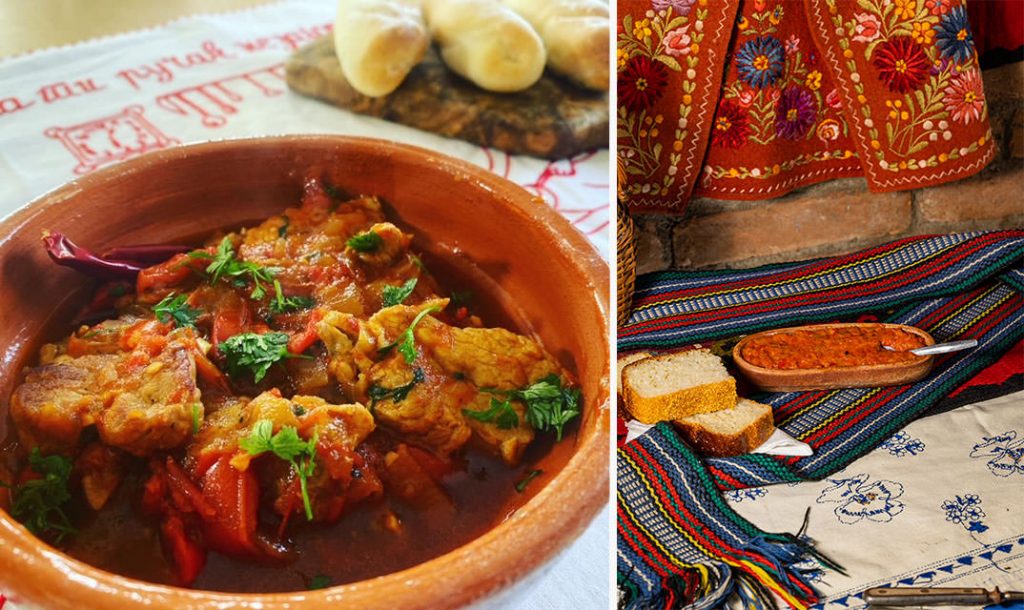 There are many other Serbian dishes that can’t be easily translated into foreign languages. For those who would like to know more, we recommended Ms. Tijana Nagato’s YouTube channel, the secretary of the Serbian Embassy who is also a cooking teacher.

She demonstrates dishes that you can make at home, and her videos are easy to understand. Why not take a look to explore a new Serbian dish?

In closing, we would like to introduce the musicians recommended by the Embassy of the Republic of Serbia to Japan.

Nemanja Radulović, the Serbian violin virtuoso has taken the classical music world by storm with his extraordinary playing, depth of expression and daring repertoire. He was born in Serbia in 1985. He has performed with some of the world’s leading orchestras, including the Munich Philharmonic and Tokyo Symphony Orchestra. He has a fan club in Japan, with avid followers, and has a bar named after him in Yokohama.

Konstrakta is a Serbian singer and songwriter. She represented Serbia at the Eurovision Song Contest 2022 in Turin, Italy with “In corpore sano”, where she placed 5th out of 40 competing entries, but won the Artistic Award, which is presented to the best artistic performance as voted for by the commentators from each participating broadcaster. She is currently one of the most popular and talked-about artists not only in Serbia, but Europe as well.

The twin brothers Teofilović, Ratko and Radiša interpret the traditional musical and poetic heritage of Serbia with an authentic a cappella duet. They held a large number of concerts in almost all major cities including Europe, Japan and the United States. They performed in some of the major world festivals, such as the World Performing Arts Festival in Osaka.

Divna Ljubojević is a Serbian singer and conductor of Orthodox Christian sacred music in various languages. She joined Serbia’s oldest choir, the First Belgrade Singing Society, where she became the youngest conductor in the group’s history – which dates back to 1853. In 1991 Divna founded the spiritual choir and studio Melodi. She has since performed over 600 concerts in Europe, Asia and North Africa – leaving both audiences and critics breathless. 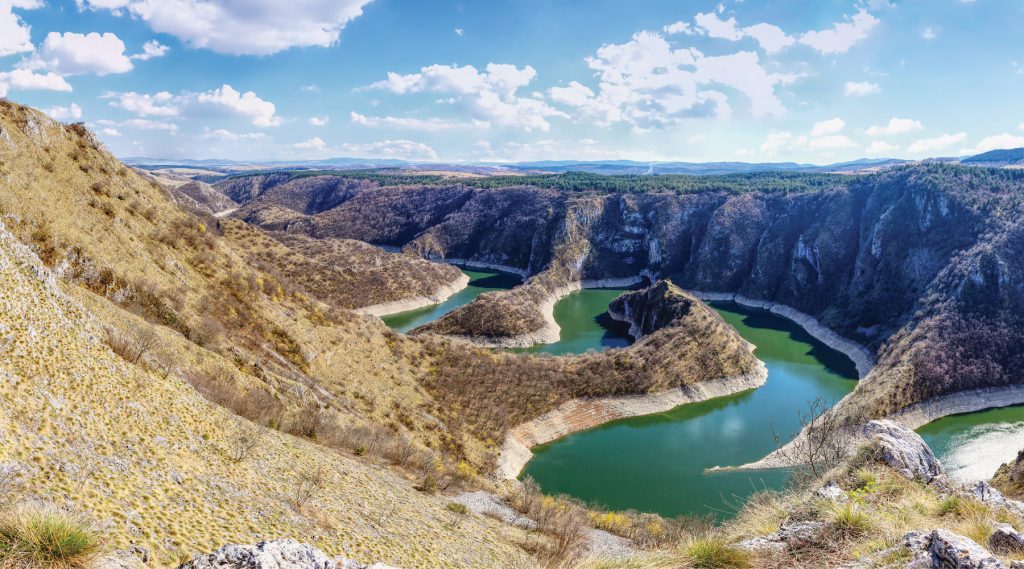 What did you think of your music journey to Serbia? There are still many more places to go! Please look forward to our next destination.

(Produced in collaboration with the Embassy of the Republic of Serbia in Japan and the National Tourism organization of Serbia, who also provided photos.)