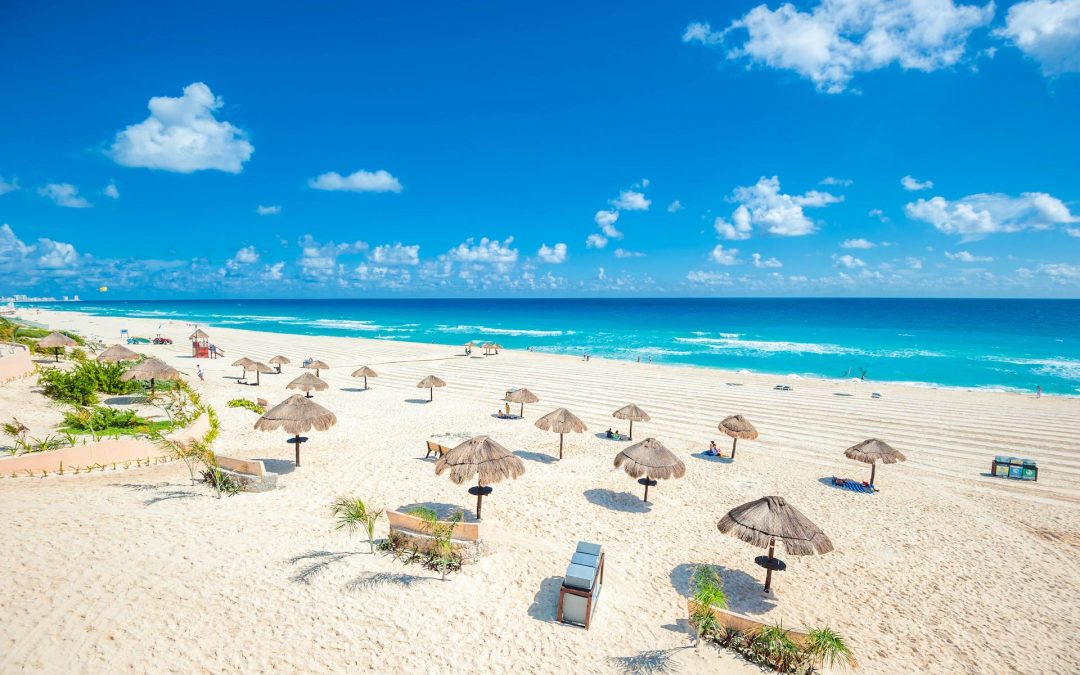 Mexico is about five times larger than Japan, and much of its land area is a plateau located over 1,000 meters above sea level. 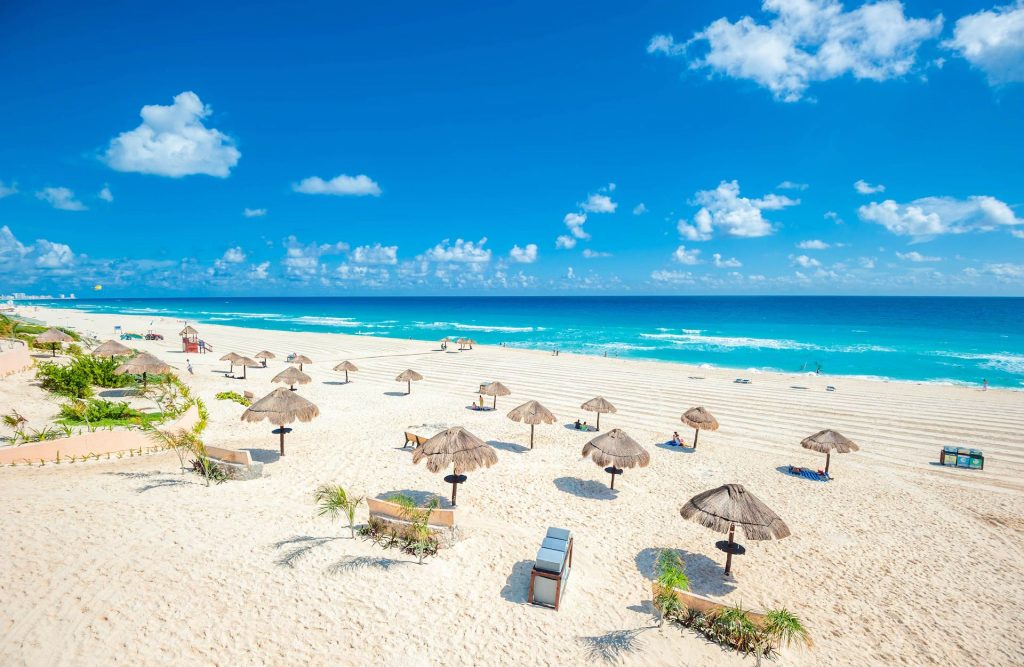 Cancun, one of the best beach resort cities in Mexico ©visitmexico.com

Mexico is blessed with a comfortable climate and rich resources, and its primary industries are agriculture and manufacturing. However, tourism is equally important. The city of Cancun in the Yucatan Peninsula, Southern Mexico is a world-famous resort area boasting pristine views of the azure Caribbean Sea.

To begin our journey, please enjoy a medley of famous Mexican songs performed by the Mexican orchestra Mariachi Del Sol and songstress Viviana at the 2011 Viva Mexico concert hosted by Min-On.

Mexico City, a warm and comfortable capital at high altitude

Mexico City is well known for its altitude. The metropolis lies at 2,240 meters above sea level, the same altitude as the sixth of the ten stations on the climb up Mt. Fuji! Many peculiar things happen at this altitude—water boils at under 100°C, and bags of snacks in shops can puff up, like they’re ready to pop. 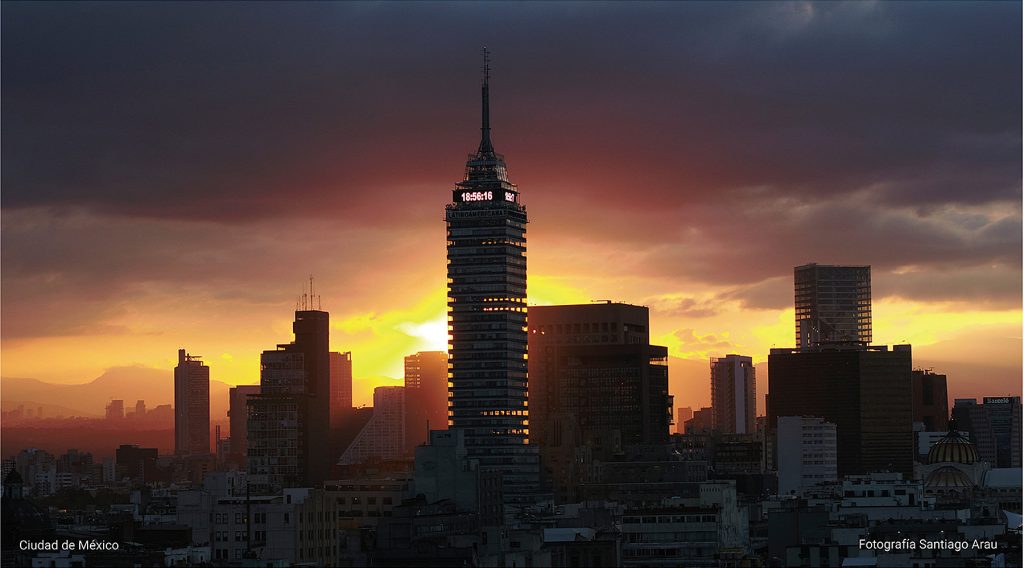 However, the city has a tropical climate due to its latitudinal position. As a result, it is neither too cold nor too hot despite its altitude, and the temperature is generally very amenable. Thanks to a well-developed public transportation system of subways and buses, Mexico City is a convenient place to live, and the greater city area is a massive metropolis with a population of over 20 million people. 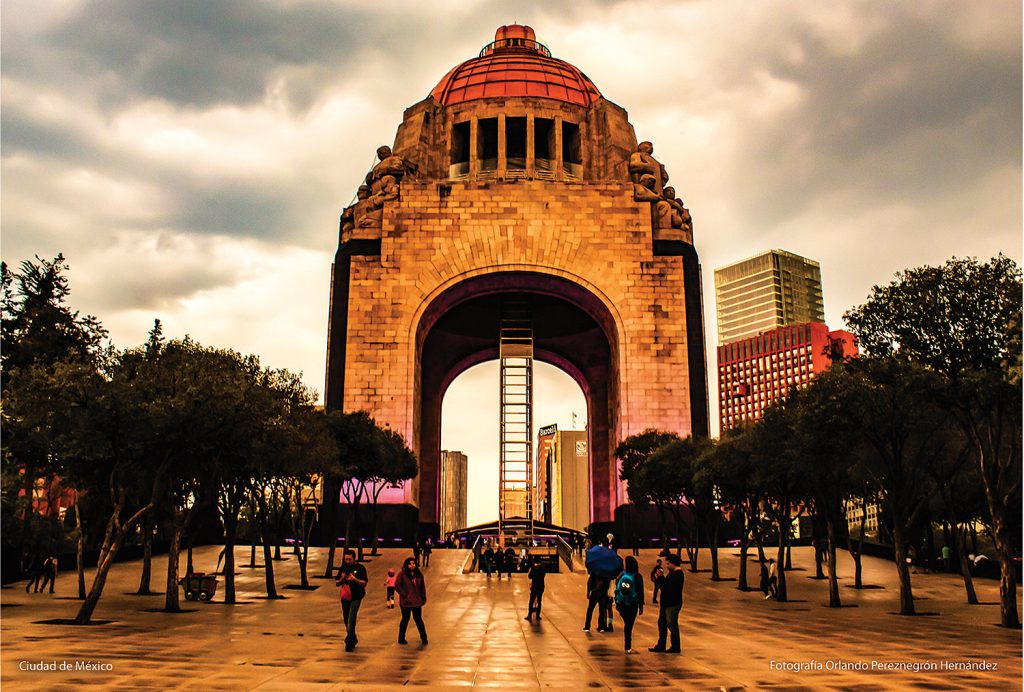 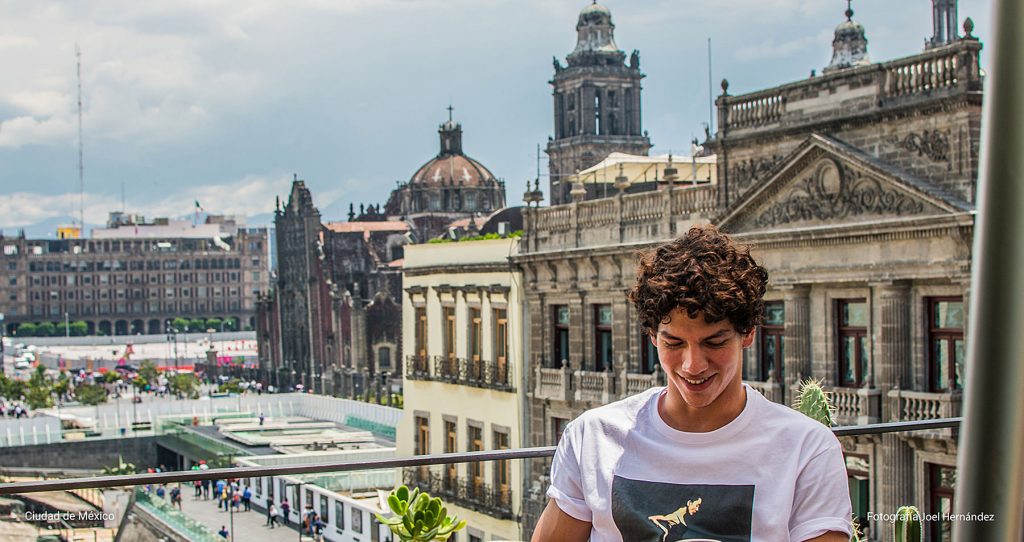 Around Mexico City you will find several tourist destinations, such as the city of Tenochtitlán, capital of the Aztec Empire and Xochimilco, the last remaining area of a vast water transport system built by the Aztecs, which was declared a World Heritage Site in 1987. 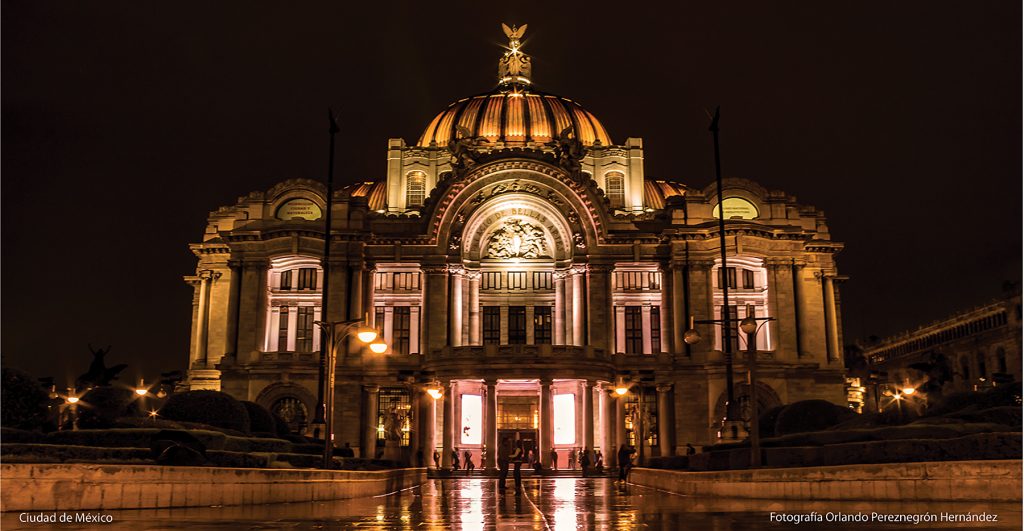 Mexican culinary culture represents ancient indigenous agricultural methods and cooking techniques, alongside cultural rituals and festivals, that fused with European cuisine brought by the Spanish during colonization that began in the 16th century. Mexican cuisine was born from the overlap of two culinary cultures, and UNESCO registered it as Intangible Cultural Heritage in 2010 for its cultural and historical value.

Corn, beans and chili peppers are three crucial ingredients that form the foundation of Mexican cuisine. Corn has particular importance to the people of Mexico, with a history going back 8,000 years since its first cultivation. It is used to make tortillas, a staple food.

After removing the husk, corn is mashed into a paste called masa, which is rolled flat and pressed into a circle to make tortillas. Tacos are made by filling these folded tortillas with different delicious ingredients.

In Japan, the word “taco” brings to mind a crunchy, hard shell filled with taco meat, vegetables and cheese, but in their place of origin, tacos are generally soft corn tortillas that can be filled with anything. In Mexico, you can enjoy different flavors with many different ingredients, including beef, pork, chicken, seafood, potatoes, mushrooms and more.

The Embassy of Mexico has published a digital recipe book and a list of resources so you can prepare 100 recipes at home. Make sure to download it here:  DE LA COCINA MEXICANA A LA MESA JAPONESA

Or, if you’re not in the mood of cooking at home you can either visit or order from any of the Mexican restaurants near you! Find one in this interactive map.

The brightly colored costumes of the cheerful Day of the Dead

At the beginning of November, Mexicans hold a grand festival to honor the deceased known as the Day of the Dead. This event is also called the Festival of Skulls. It’s known for a cheerful atmosphere, with people wearing costumes and face paint dancing to honor the dead. This festival reflects the positivity and strength of the Mexican people, who accept death as a new beginning. 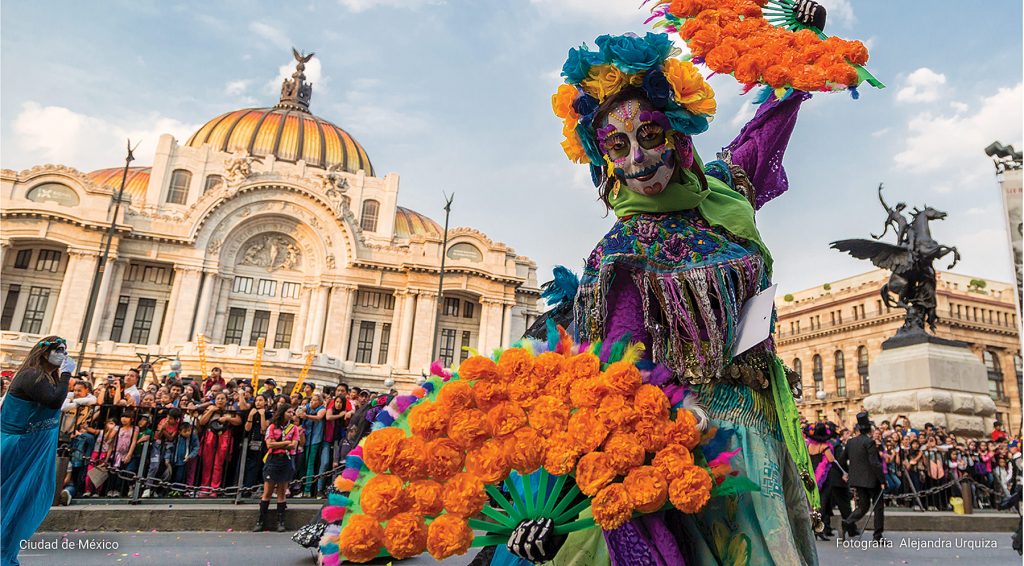 Mexico has many regional festivals, and each local area also has vibrant and unique traditional dress. The traditional dress of the central plateau region is particularly famous: men dress in a traditional charro outfit, including a black jacket and wide-brimmed hat called a sombrero. Women traditionally wear a blouse and skirt embroidered with beads called a china poblana.

Southern Mexico is home to a traditional women’s costume called the huipil that resembles an A-line dress. The vivid embroidery and ornamentation featuring nature motifs are truly eye catching.

Here, we would like to feature more performances from the 2011 Viva Mexico concert. Please enjoy the passionate performances of Mariachi Del Sol and the dancers Carlos & Maricela.

You can’t mention Mexican music without talking about mariachi. During mariachi performances, a small guitar called a vihuela and a large guitar called a guitarron provide the high and low registers to supplement a standard guitar, and a violin or a trumpet provides the melody. UNESCO registered this style of musical performance as Intangible Cultural Heritage in 2011.

Min-On has invited dance troupes and musicians to Japan fifteen times to date.

Below, please enjoy a performance of “Bésame Mucho,” also from the 2011 Viva Mexico concert. This song is incredibly famous and was written by a female Mexican composer.

At the conclusion of our journey, we would like to introduce three groups of musicians recommended by the Embassy of the United Mexican States in Japan. These musicians are working to share Mexican music and culture throughout Japan.

To begin, we would like to feature a performance by a quartet led by Natsumi Imamura. She has been studying Latin music since she was six years old, and is the only professional Mexican harp player in Japan.

Next, we have prepared a piece performed by marimba player Keiko Kotoku. She was the youngest musician to be named runner-up in the Universal Marimba Competition in Belgium, and she performs all over the world.

Finally, please enjoy a performance by the mariachi band Mariachi Samurai. Sam Moreno, who has expressed the heart of Mexico in song for many long years, founded this mariachi band in 2000. 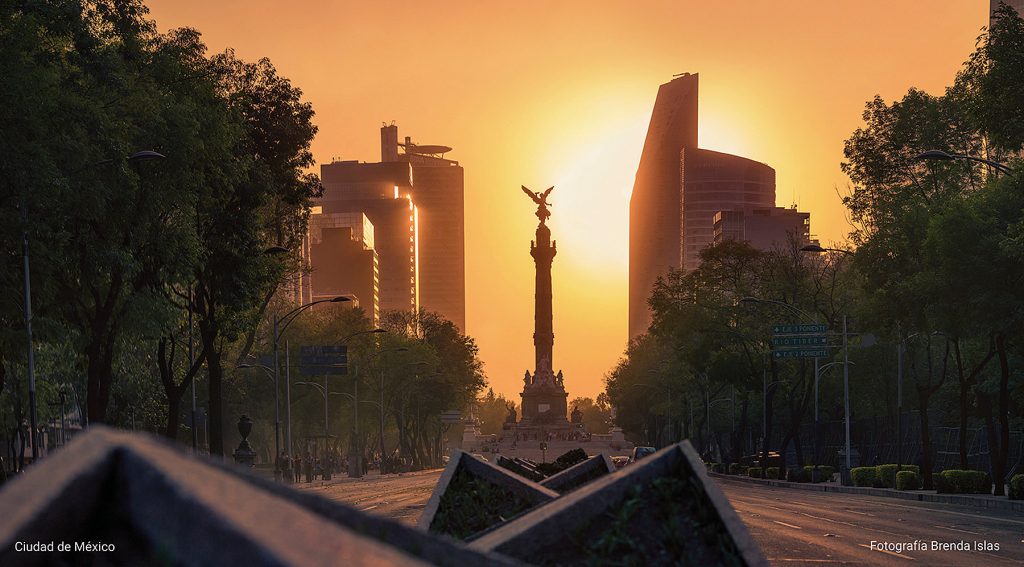 What did you think of your music journey to Mexico? There are still many more places to go! Please look forward to our next destination.

(Produced in collaboration with the Embassy of the United Mexican States in Japan, who also provided photos.)