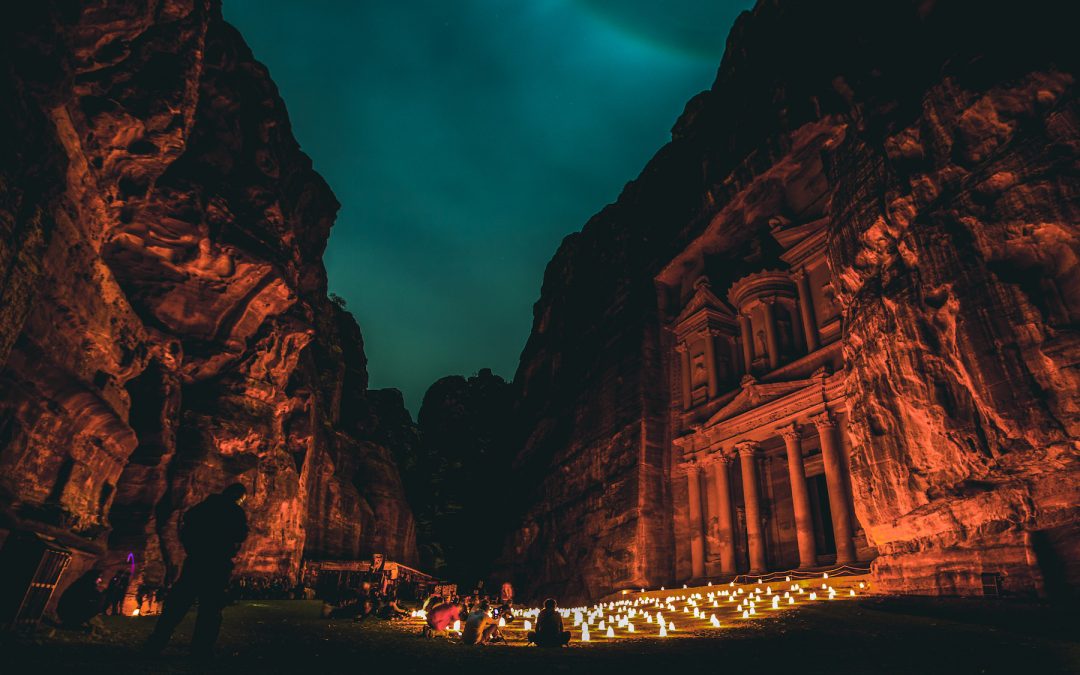 Welcome to Min-On’s Music Journey! Today, the Min-On Concert Association and the Embassy of Jordan in Japan welcome you to the Hashemite Kingdom of Jordan, located in the heart of the Middle East.

The Hashemite Kingdom of Jordan is a small inland country located in the Middle East. The country is a treasure trove of sublime beauty and ancient history. The world-famous ruins of the Nabatean city of Petra still retain signs of the once flourishing trading center over 2,000 years ago.

El Hazne, a World Heritage Site and film site of the movie Indiana Jones and the Last Crusade

Late King Hussein (1935–1999) once said “Jordan has a strange, haunting beauty and a sense of timelessness. Dotted with the ruins of empires once great, it is the last resort of yesterday in the world of tomorrow. I love every inch of it”.

Jordan’s history tells the story of a small country with rich historical diversity. For thousands of years, several cultures and dynasties have crossed paths from various parts of the Region, East and West alike. Historical accounts of the land of Jordan clearly depict the harmonious coexistence and mutual respect and acceptance people enjoyed throughout the ages.

Today, Jordan plays a crucial role in the peace and stability of the Middle East by accepting refugees driven from their homes by conflict and providing them with support including education and medical care.

Amman, the capital of Jordan, is a fascinating city of contrasts—a unique blend of old and new, situated on a hilly area between the desert and the fertile Jordan Valley. In the commercial heart of the city, ultra-modern buildings, hotels, smart restaurants, art galleries and boutiques rub shoulders comfortably with traditional coffee shops and tiny artisan workshops. Amman’s neighborhoods are diverse in cultural and historical context, from hustle and bustle of the downtown markets, to the art galleries of Jabal Lweibdeh and the modern shopping district of Abdali. 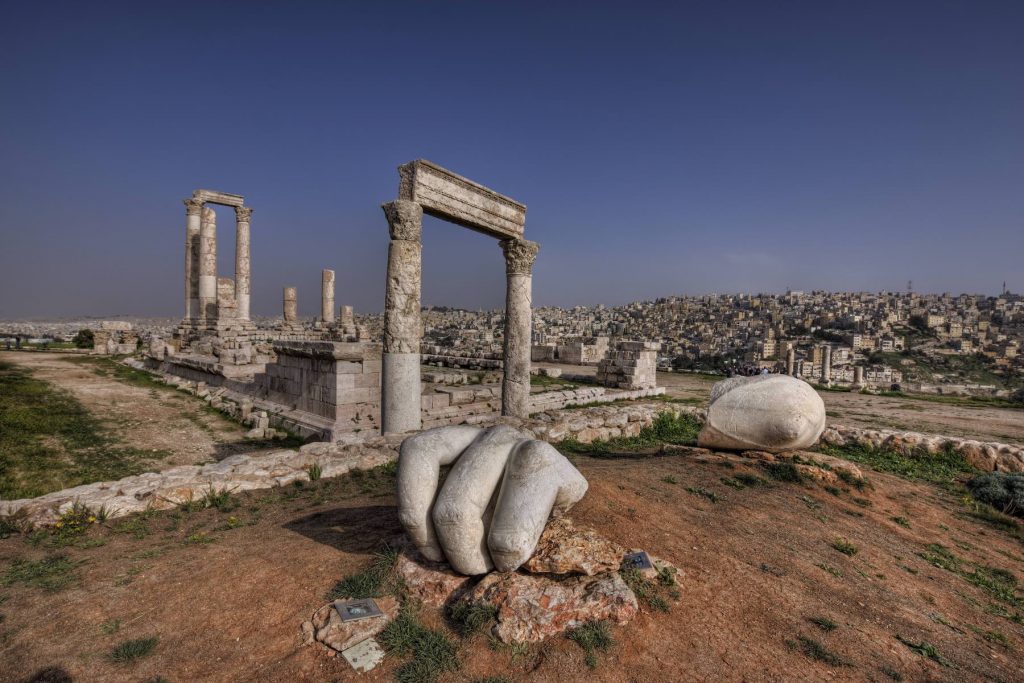 Jordan covers a diversity of landscapes. The country has an area of 89,213 square kilometers, (almost the size of Hokkaido) with approximately 75% of that space being taken up by desert. The nomadic Bedouin live in desert regions and have learned how to survive the harsh climate with temperatures exceeding 50°C (122°F) in mid-summer. They migrate across the desert in large groups with their camels and sheep in pursuit of food and water. 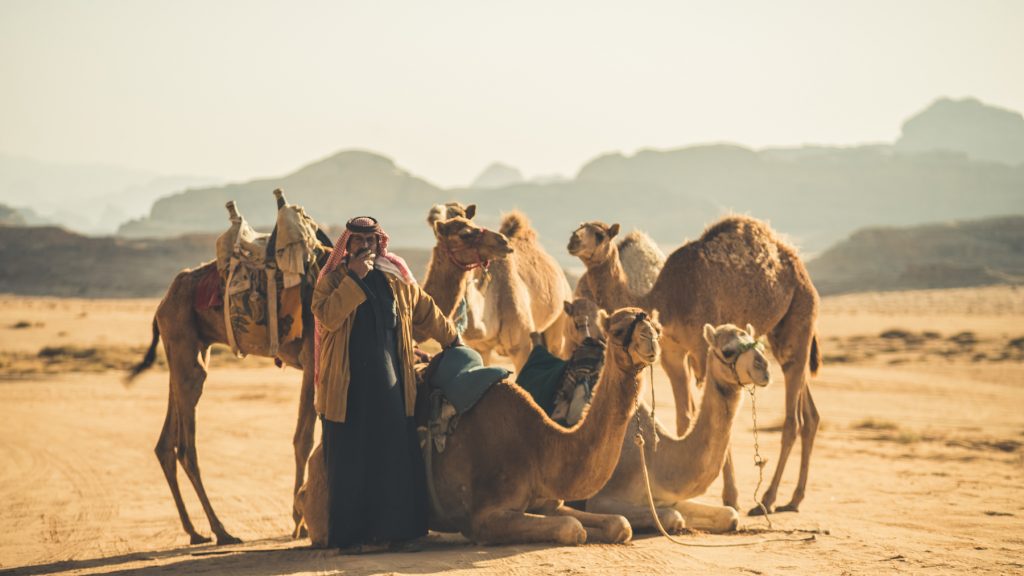 Next, we’d like to feature pieces by the Jordanian National Folklore Group, an official dispatch by the Cultural Ministry of the Hashemite Kingdom of Jordan in Commemoration of Min-On’s 45th anniversary in 2008. Please enjoy the journey through the Siq leading to Al Khazneh (the Treasury) at the entrance of the city of Petra.

Beautiful, majestic scenery extends in all directions at Wadi Rum, a UNESCO world heritage site and the most famous desert attraction in Jordan. Wadi Rum is coveted for its breathtaking beauty and serene nature. Here, visitors can enjoy towering sandstone mesas and mountains decorated with an array of colors that create one of the most fantastic and otherworldly landscapes on Earth. The magnificent colors of the mountains spill into the sandstone dunes scattered throughout the nature reserve. Both rare and native flora as well as unique fauna can be found in the ecosystem at Wadi Rum, one of the most exceptional deserts in Jordan.

Next, please enjoy this piece from the same concert performed with an Arabic folk instrument called a Ney.

A spectacular natural wonder, the Dead Sea is the perfect place to unwind and relax. The leading attraction at the Dead Sea is the warm, soothing, super salty water itself—ten times saltier than sea water. The unusually warm, incredibly buoyant and mineral-rich water has attracted visitors since ancient times, including King Herod the Great and the beautiful Egyptian Queen Cleopatra. Just like them, visitors can luxuriate in the Dead Sea’s rich, black, stimulating mud and float effortlessly while soaking up the water’s healthy minerals and the gently diffused rays of the Jordanian sun. 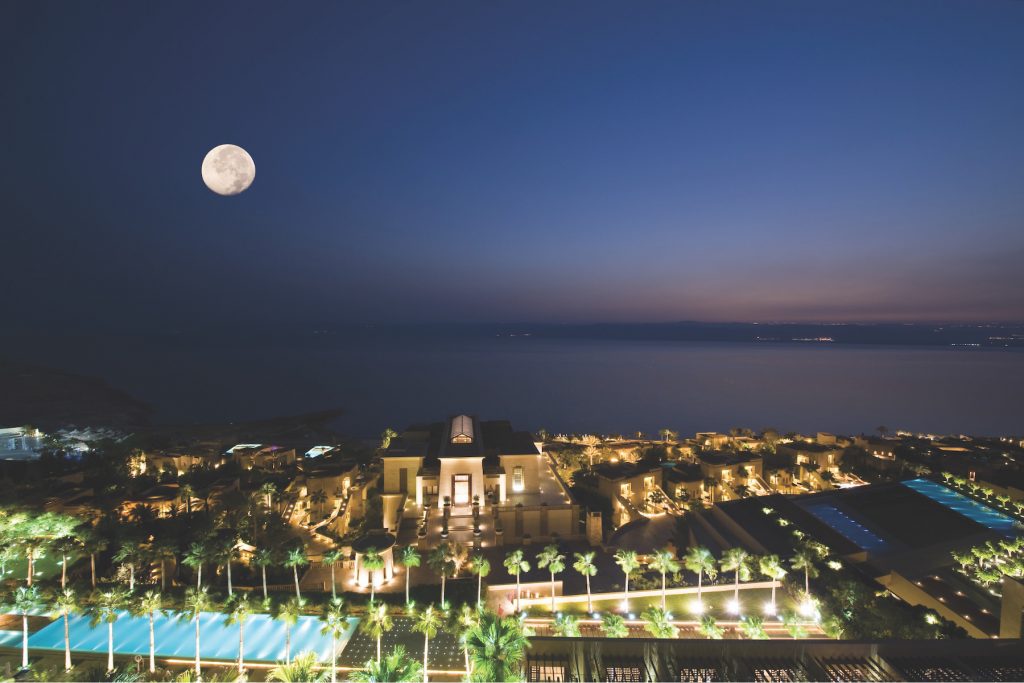 Aqaba is a beach town with unique Jordanian appeal situated on the southern tip of Jordan on the shores of the Red Sea. It is the gateway to Jordan’s sun, sea and exquisite coral reefs. Aqaba is also offers rich history, with remains of the former city of Ayla still standing. Aqaba also offers beautiful experiences on the Red Sea and superbly complements Jordan’s Golden triangle through easy access to the lunar-like landscapes of Wadi Rum and one of the Seven Wonders of the World, the ancient city of Petra. 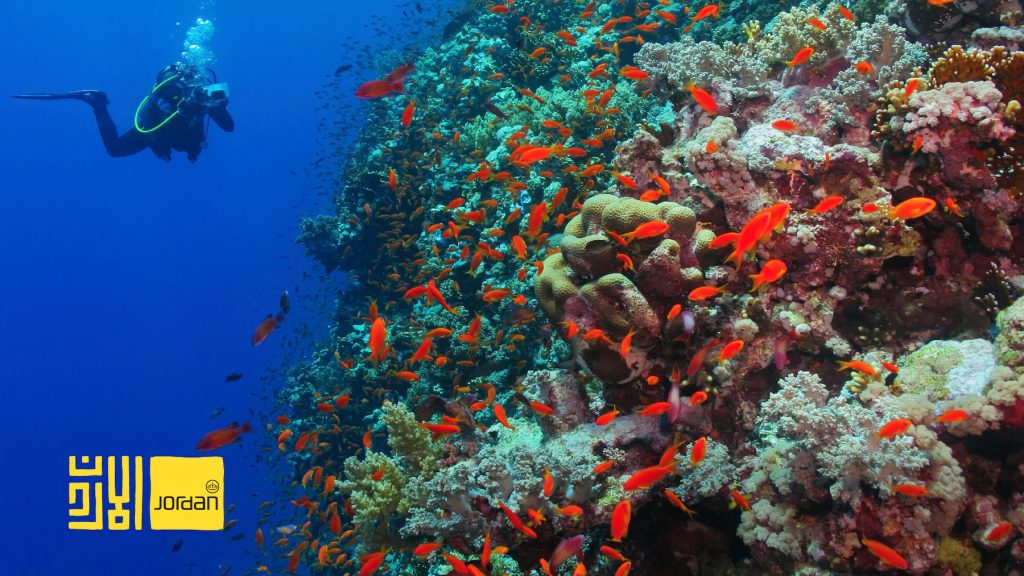 Azraq, a link to neighboring countries

The city of Azraq in eastern Jordan provides important access to neighboring countries including Saudi Arabia and Iraq. The Azraq Wetlands Reserve and Shawmari Wildlife Reserve are also nearby, created to protect and breed endangered and rare wild animals including oryxes, ostriches and more. The oryx, a rare wild animal

Azraq is also home to the first refugee camp in the world to be powered by solar energy. The United Nations High Commissioner for Refugees (UNHCR) installed it in 2017. 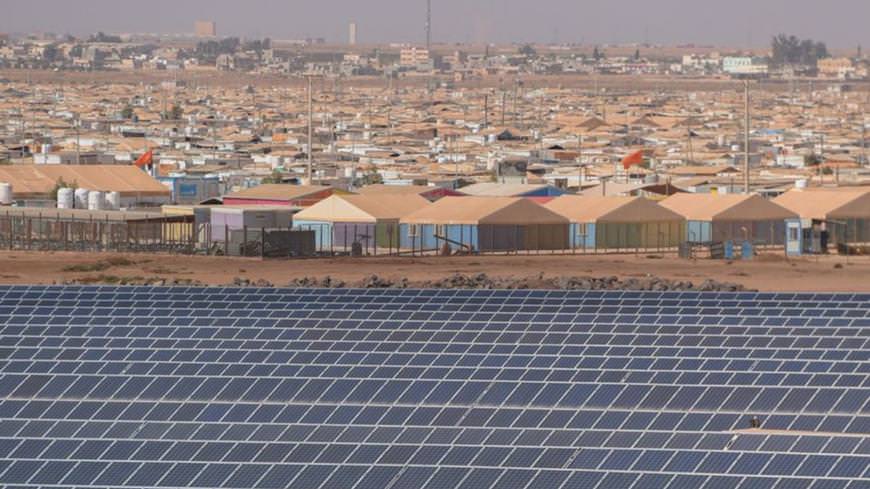 Next, please enjoy the beautiful transitions of this piece of music, an arrangement of several pieces from the 2008 concert of The Jordanian National Folklore Group.

Musicians recommended by the ambassador of Jordan to Japan

In closing, we would like to introduce several songs recommended by Ambassador Lina Annab of the Embassy of the Hashemite Kingdom of Jordan in Japan.

First, let’s listen to the music of a quartet consisting of Jordanian composer and oud soloist Tarek Jundi. The quartet’s music is based on Arabic music and attracts audiences with a beautiful blend of classical and contemporary music. The quartet has become a symbol of the current Jordanian music scene, performing at festivals around the world. Next, we would like to introduce Tarek Al Nasser, a pioneer in creating a new movement in contemporary Arabic music and music for TV dramas. He founded the Tarek Al Nasser Rum Musical Group in 1998, a new musical vision that combines Arabic culture with his own experience performing around the world, and has performed in Lebanon, Italy, Brazil and more. Next, we would like to introduce Laith Suleiman, who plays the Ney, an end-blown flute instrument that creates tones both melancholy and joyous. His music is characterized by a voice and melodies that speak to the heart of his listeners and remind them of ancient civilizations thousands of years ago. Last but not least, we would like to introduce Talal Abu Al Ragheb, one of Jordan’s most prominent composers, boasting an experience of over 25 years in music. He has produced musical pieces locally and internationally for various TV and others, he won many awards acknowledging his talent, love and passion for music. 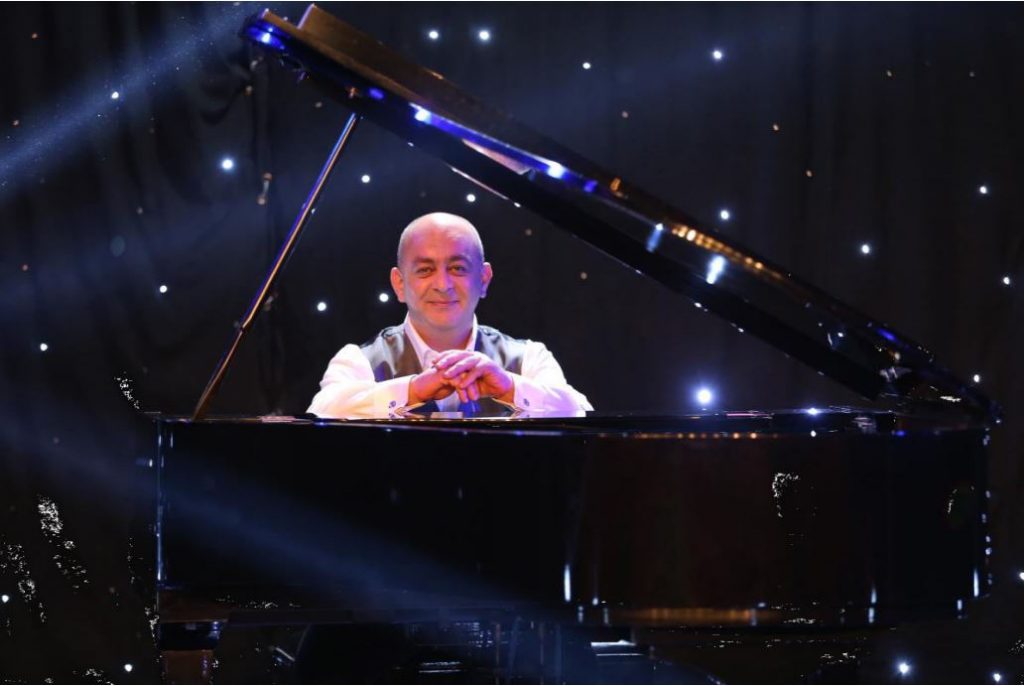 This Music, inspired by Wadi Rum will make you want to dance in euphoria and glee between Wadi Rum’s golden sands. “Euphoria” is composed by the Jordanian Composer Talal Abu Al Ragheb as part of a series. What do you think his next destination will be? Talal Abu Al Ragheb #EuphoriaJO #TalalAbuAlRagheb #VisitJordan #ShareYourJordan #GoJordan #LoveJO

Join us as we explore the red-rose city through a charming harmonious musical journey! 🐪🎵🎶“Farasa” is composed by the Jordanian Composer Talal Abu Al Ragheb as part of a series inspired by Jordan and is joined in this song by the young talent Emanne Beasha – إيمان بيشه. Stay tuned for more 😎 Talal Abu Al Ragheb #EuphoriaJO #TalalAbuAlRagheb #VisitJordan #ShareYourJordan #GoJordan #LoveJO #Petra What did you think of your music journey to Jordan? There are still many more places to go! Please look forward to our next destination.

(Produced in collaboration with the Embassy of the Hashemite Kingdom of Jordan in Japan, who also provided photos.)