Min-On Music Journey No. 14: The Republic of Honduras 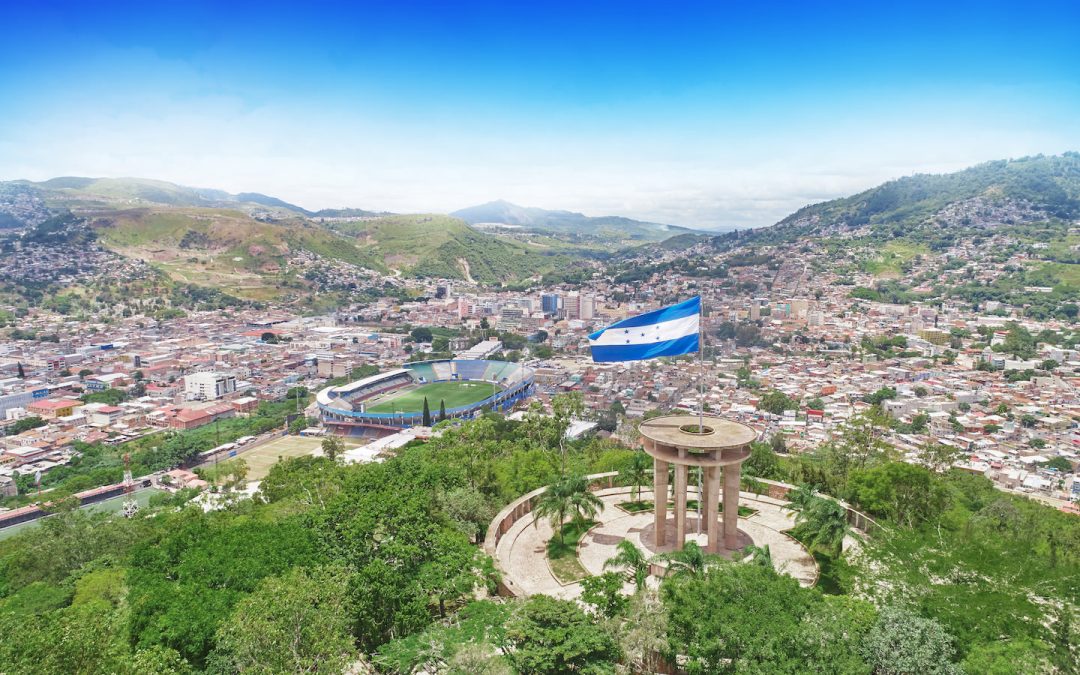 Welcome to Min-On’s Music Journey! Today Min-On Concert Association and the Embassy of Honduras in Japan welcome you to the Central American country of Honduras. Honduras is bordered by the Caribbean Sea to the north and the Pacific Ocean to the south and is blessed with a lush natural environment. The capital city of Tegucigalpa, which means “silver hill” in the indigenous language, prospered in gold and silver mining during the second half of the 16th century. Today, it serves as the political and economic center of Honduras, with a population of approximately 1.13 million. 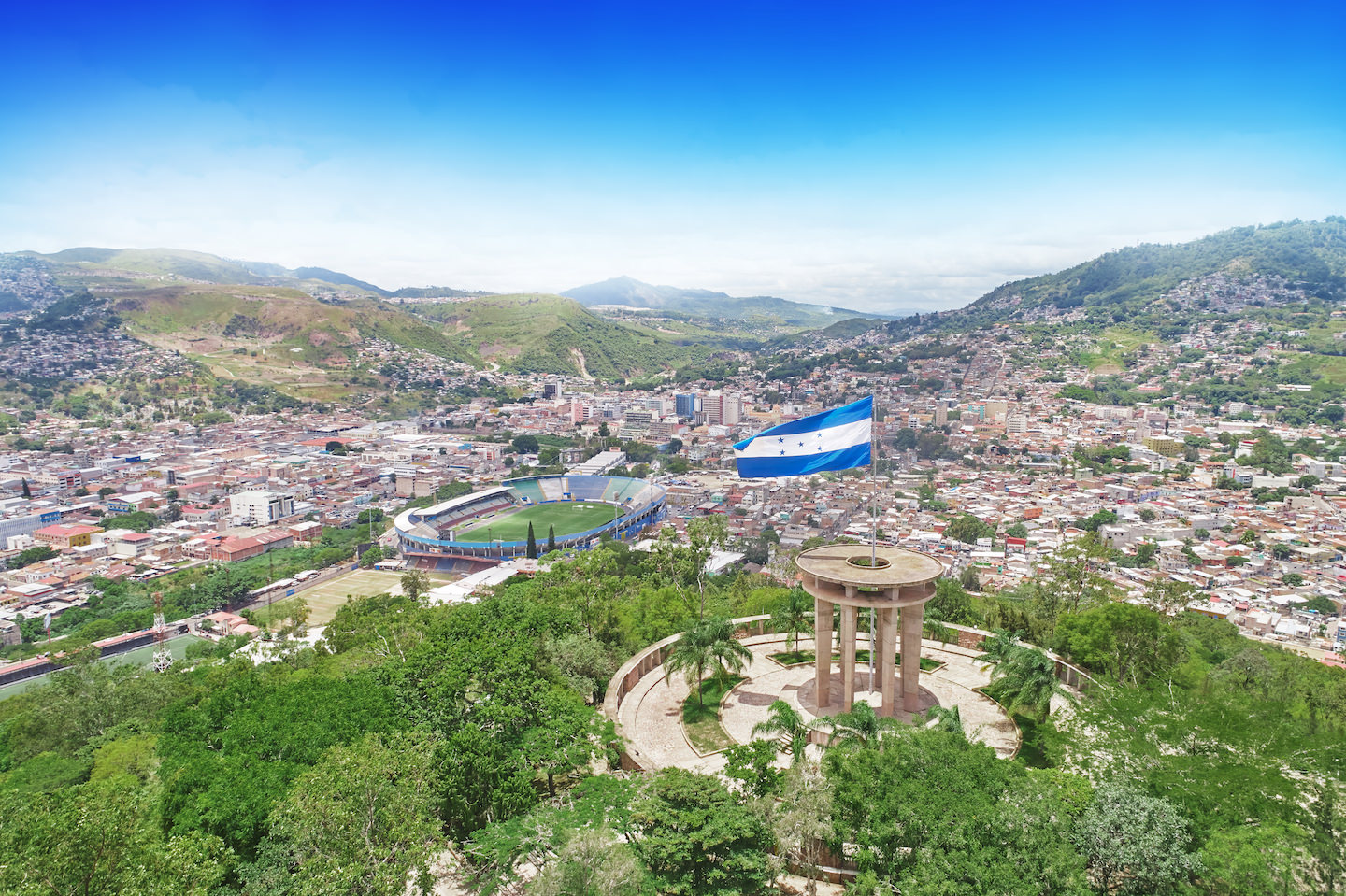 The capital of Tegucigalpa

Ancient Mayan civilization developed from about 1800 BC and spread throughout Central America, spanning modern Mexico, Guatemala, Belize, Honduras and El Salvador. The city of Copán, which flourished on the banks of the Motagua River near Honduras’ western border with Guatemala, is known as the center of Mayan art and knowledge, and a vast number of historic ruins can still be found here. The Hieroglyphic Stairway, with intricate Mayan script carved onto the face of each step, and the beautiful, high-relief carvings that adorn the city’s stelae both exemplify the impressive knowledge and aesthetic sense of the 3,000-year-old Mayan civilization. 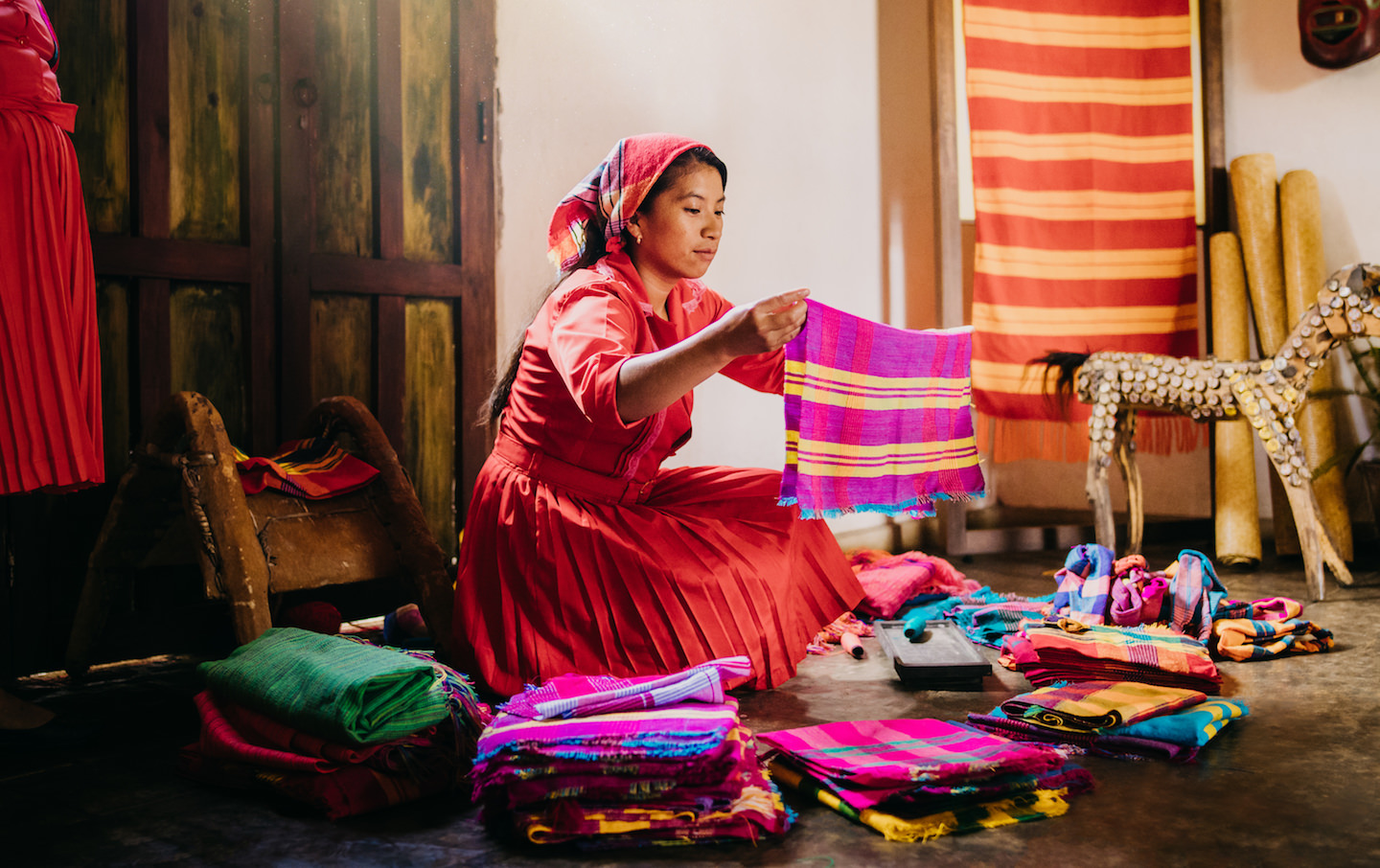 Traditional handicrafts of the Lenca people

The Lenca people from the highlands of Western Honduras weave a special “Lenca fabric,” a traditional handicraft of Honduras. The beautiful fabric contains vibrant shades of pink and green, and Lenca women employ the fabric in fashionable headscarves and dresses.

The Bay Islands comprise a famous resort in the Caribbean Sea north of Honduras. These islands attract large numbers of international tourists every year who often travel to Honduras’ northern port city of La Ceiba.

The Mesoamerican Barrier Reef extends through a large part of the Caribbean Sea north of Honduras. It is the world’s second largest coral reef, after Australia’s Great Barrier Reef, and is home to many exquisite wonders of nature. The coast of Roatán Island, a popular diving spot, is known as one of the most beautiful beaches in the world. Lastly, the Cayos Cochinos, which can be seen just off Honduras’ northern coast, have been designated a marine preserve by the Honduran government.

Traveling east from La Ceiba, you will find the Río Plátano Biosphere Reserve, the largest tropical rainforest in Honduras. This nature reserve spans the river basin of the 100-kilometer-long Río Plátano, and its roughly 3,500 square kilometers are home to a multitude of plants and animals. It was registered as a UNESCO World Natural Heritage Site in 1982. 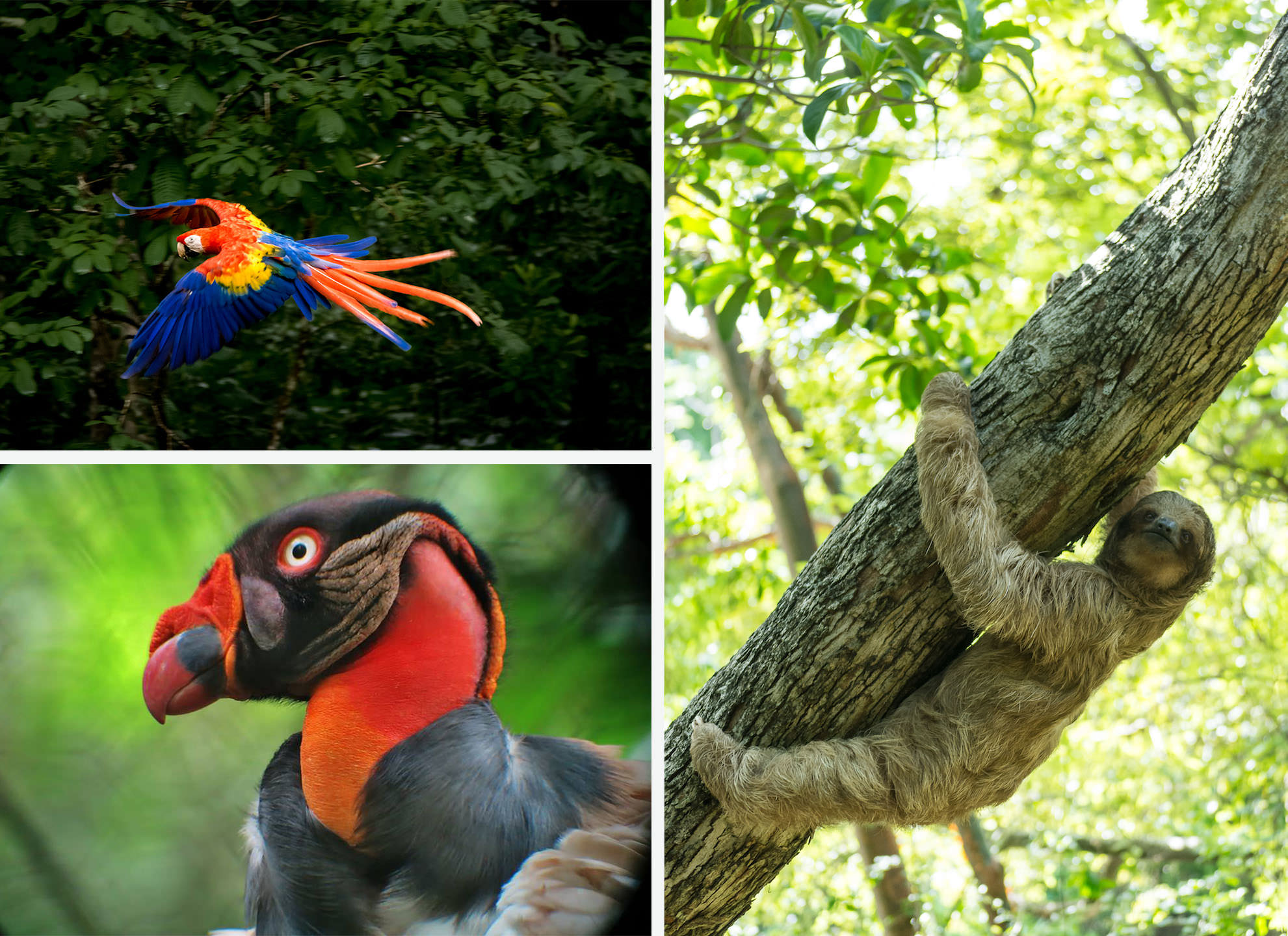 Corn as the local staple

Corn is the staple food of Honduras, and the tortilla, made of corn flour that is kneaded, spread thin and baked, is a traditional food prepared here since ancient Mayan civilization. Honduras is also known as the largest Central American producer of coffee beans, and about 80% of the country is used to grow coffee. Its coffee beans, which are fruity, slightly acidic, fragrant and impart a smooth taste, are exported as a Honduran specialty and enjoyed across the globe. Fruit production, including bananas and pineapples used in local dishes and drinks, is also a flourishing industry.

The Caribbean Sea coast is home to a mixed ancestry of people descended from indigenous Caribbean and African ethnic groups, named the Garifuna people. They have inherited a unique musical culture that includes elements from the Caribbean and Africa, alongside some European influences. To the Garifuna people, music and dance are the essence of existence. During work and daily life, they have distilled their joy and sadness into the song and dance of labor songs, lullabies and more. Garifuna festivals, ceremonies and prayers to their ancestors are accompanied by this unique song and dance.

The defining feature of Garifuna music is its complex, endless rhythms and beautifully simple melodies. These are created through the beat of garawons (drums made from avocado or mahogany logs covered with deer or racoon hide) alongside traditional African instruments including maracas and Triton’s trumpet conches, as well as saxophone and guitar via Europe. Today, Garifuna music is a symbol of the culture of Honduras, and the Garifuna National Folkloric Ballet of Honduras was established in 1976. 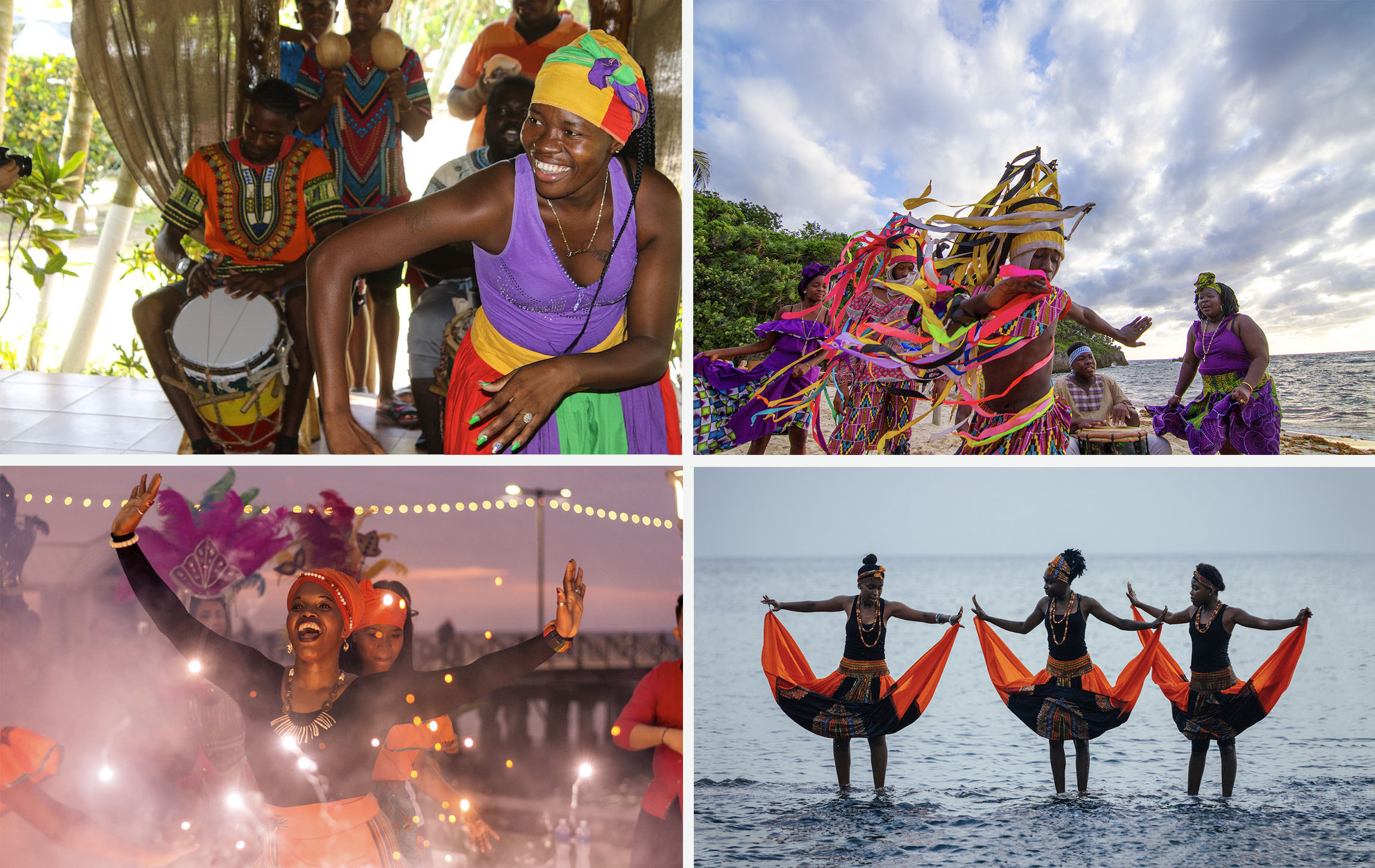 Guillermo Anderson and his band Ceibana 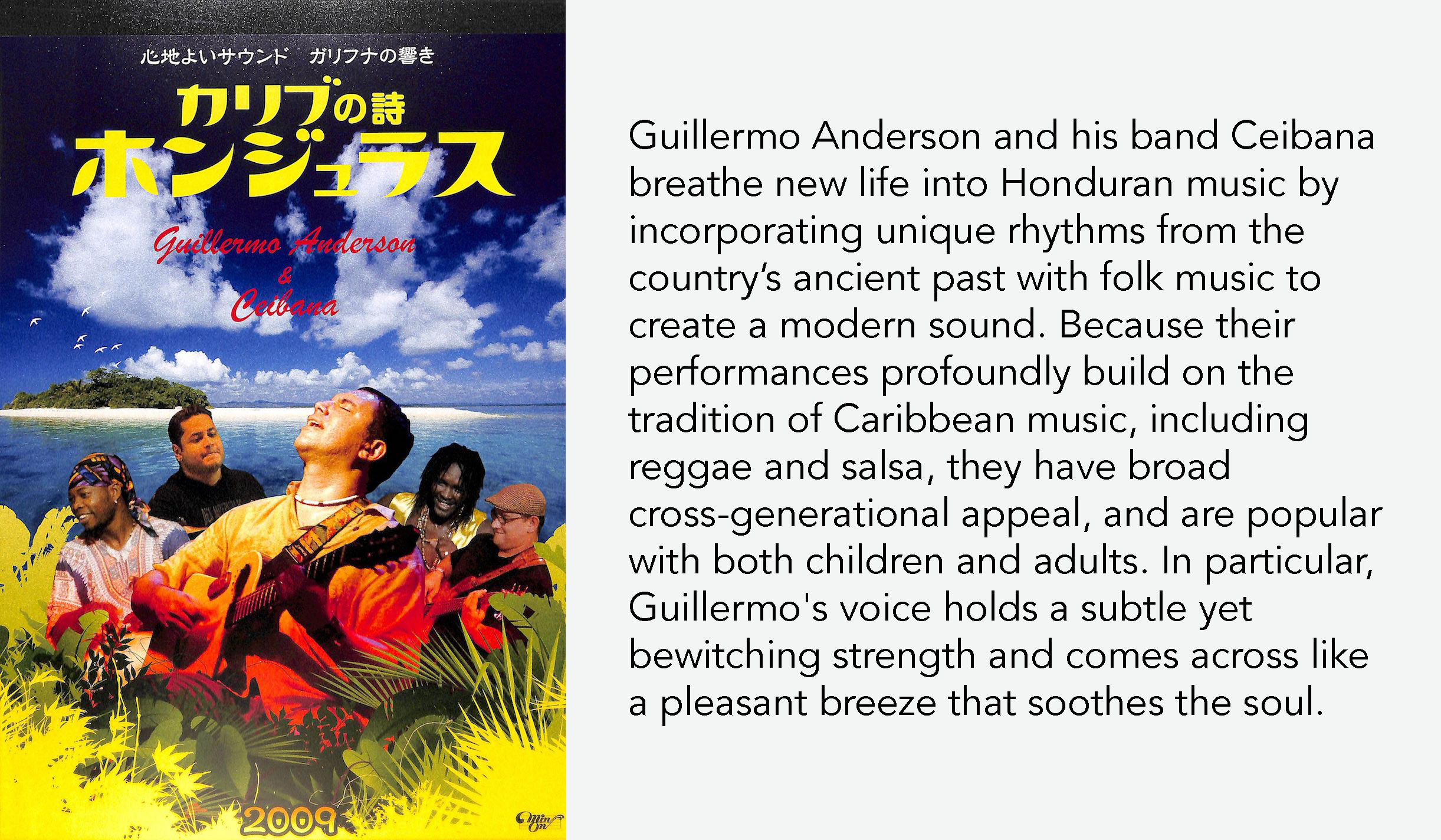 Guillermo Anderson and his band Ceibana breathe new life into Honduran music by incorporating unique rhythms from the country’s ancient past with folk music to create a modern sound. Because their performances profoundly build on the tradition of Caribbean music, including reggae and salsa, they have broad cross-generational appeal, and are popular with both children and adults. In particular, Guillermo’s voice holds a subtle yet bewitching strength and comes across like a pleasant breeze that soothes the soul.

Min-On invited Guillermo Anderson and his band Ceibana to Japan in 2008 and 2009. His lively, bright and joyous Caribbean music was well received throughout Japan. 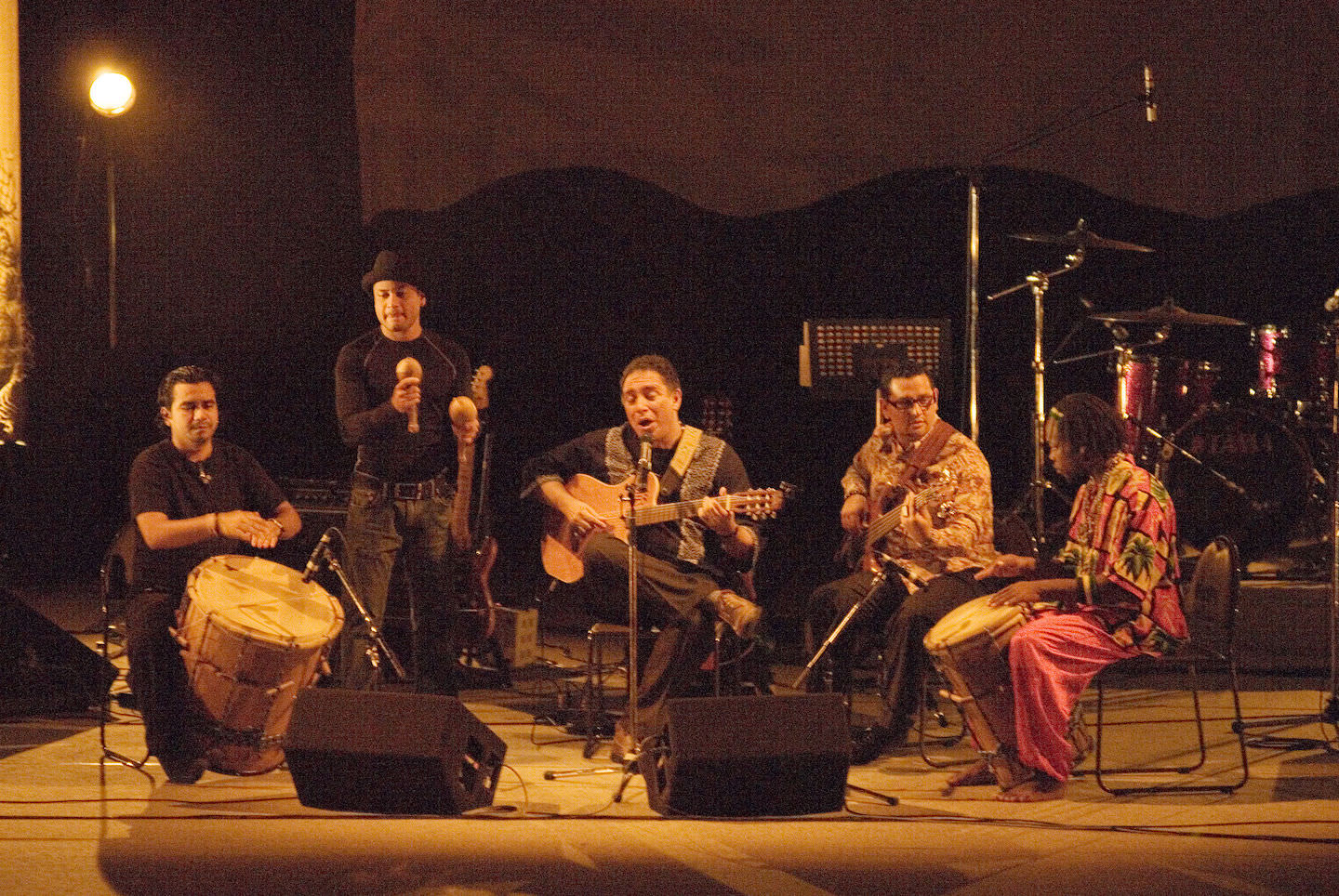 Please enjoy two songs from that concert: This Is the Way I Love You, which uses different natural phenomena to illustrate love, and In My Country, which was such a big hit in Honduras, it has been nicknamed the second national anthem!

This Is the Way I Love You

En Mi País (In My Country)

Hibriduz Jazz, a band recommended by the Honduran Ambassador

In closing, we would like to introduce musicians recommended by Ambassador Héctor Alejandro Palma Cerna of the Embassy of Honduras in Japan.

Hibriduz Jazz from Tegucigalpa was formed in 2004 and has performed concerts in Honduras, the United States and Japan. The group fascinates audiences with their deeply creative and original performances that also incorporate elements of Honduras’ rich culture.

Please enjoy the views of Tegucigalpa and its people during this music video.

The traditional dress of Honduras

What did you think of your music journey to Honduras? There are still many more places to go—please look forward to our next destination!

(Produced in collaboration with the Embassy of Honduras in Japan and the Honduras Institute of Tourism (Instituto Hondureño del Turismo), including photos provided.)