On December 3, 2019 at the New Century Hall of the Information and Culture Center at the Embassy of Japan in Seoul, and on December 4 at Gangnam City Hall (with the support of the Information and Culture Center), an event was held to promote friendly relations between Japan and Korea, titled Japanese-Korean Traditional Instrument Competition—a Deluxe Ensemble of Master Koto and Gayageum Players.

Over 400 people attended the event over two days. Koto players Erina Ito and Marina Ueda with shakuhachi player Keizan Tanabe opened the event with traditional Japanese songs, and gayageum players Bora Ju and Bora Kim followed with Korean songs. Beautiful performances from both countries filled the hall throughout the event.

When the Korean song Arirang and Japanese song Sakura were played in a joint performance, the venue exploded with applause. Also, Michael Jackson’s Billy Jean was played an encore, and the crowd erupted in cheers and clapped to the beat. The performers and the audience united in one powerful rhythm and the show ended with a standing ovation.

In a discussion with Marina Ito and Bora Ju before their joint performance on December 4, Bora Ju said, “After yesterday’s performance, I want to play together until we’re old and gray.” Marina Ito choked up at these unexpected words, a heart-warming scene that depicted the strong friendship between Korea and Japan.

This event was conducted with the support of our sustaining members. We would like to sincerely thank everyone who helped us attain the venue and supported the event. 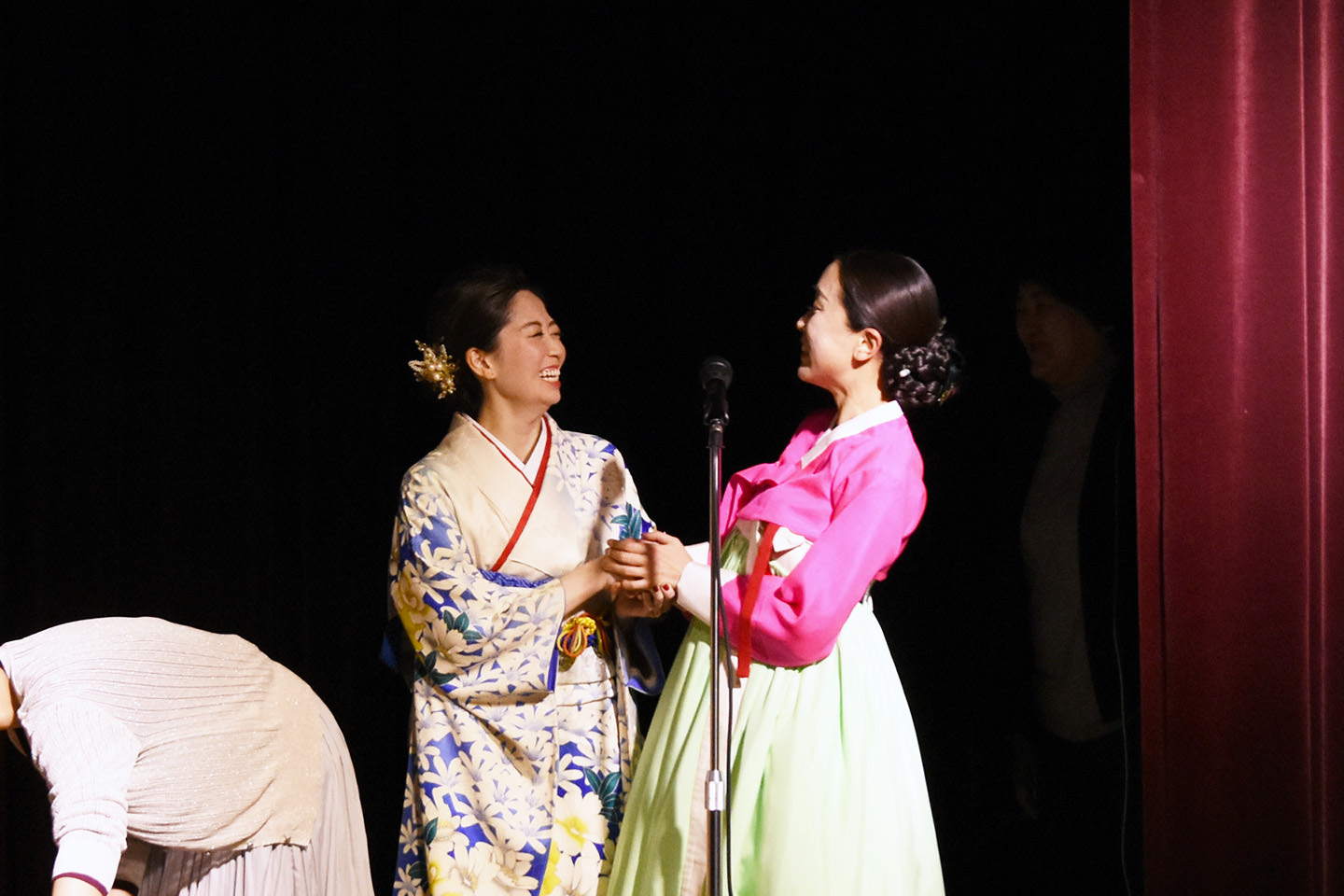 Comments from the Audience
“I’m glad that in the midst of complicated relations between Korea and Japan, a door to cultural exchange has been opened. Seeing a Japanese artist choke up when a Korean artist said that she wants to continue playing together all over the world will stick with me forever.”

“The most impressive moment was at the end, when the breathing matched up perfectly in the joint Japanese and Korean song. The atmosphere in the crowd was especially amazing in the rendition of Arirang. I felt a great sense of intimacy.”

“I never expected to hear Billy Jean as an encore. The modern tune being played on traditional instruments was incredible. I had a lot of fun listening and clapping along.”

“It was powerful seeing the gayagaem and koto, two stringed instruments with such different ranges, harmonize together.”