My Dream to Hang a New Rainbow over Japan and Korea—Interview with Min Young-Chi, Traditional Musician and Percussionist 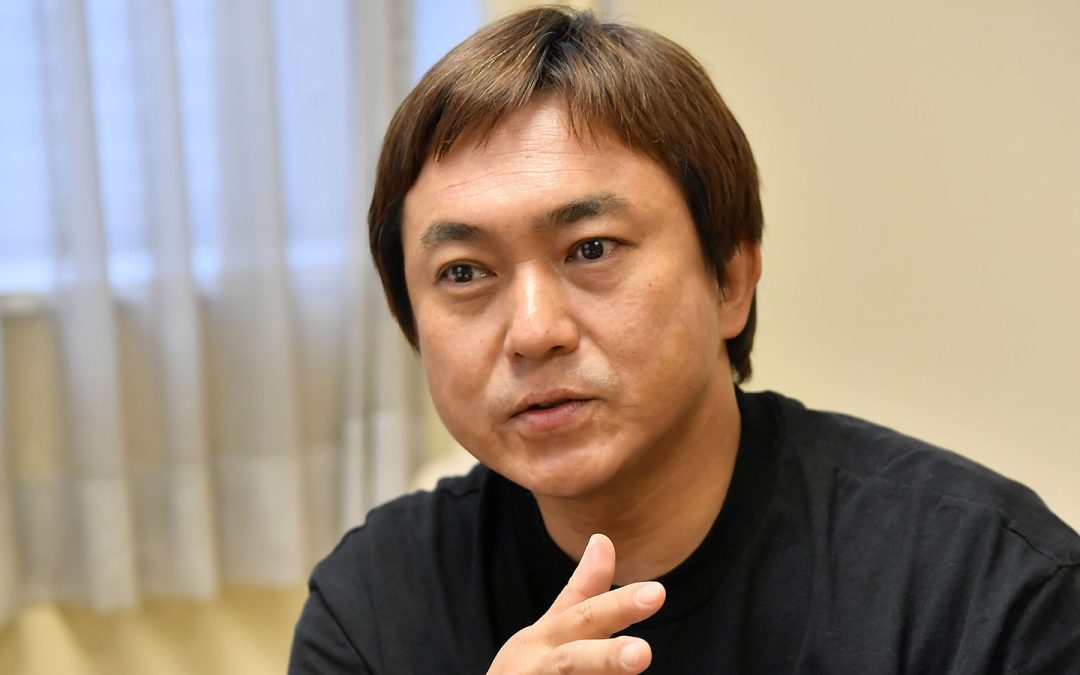 The day before the Min-On lecture concert on February 14, we interviewed Min Young-Chi after rehearsal, who plays instruments including the janggu drum. Aside from being a  traditional musician, Min Young-Chi is an artist who has collaborated with musicians beyond the genres of Korean or Japanese music. Kim Jun-Hee, who plays the bowed string instrument haegum, and Park Mieun, who plays the woodwind instrument taepyeongso, also visited from Korea with Min Young-Chi.

Min Young-Chi: Kim Jun-Hee was a classmate of mine at Seoul National University. It was an era of student demonstrations, but she would often ask me, ‘What club are we going to tomorrow?’ As a pair, we loved new things, and we stuck out like a sore thumb. We studied traditional music diligently, but we loved new experiences. That hasn’t changed to this day. Park Mieun is still a fresh face, but is very skilled on the taepyeongso. When I asked her if she’d like to play internationally, she was very eager, so I brought her along. We all really love Japan.

Min-On: Looking at the program, Lunar Rainbow, the title track, is up first, correct?

Min Young-Chi: Yes, this is a song the three of us play together as Korean artists. When pondering the title, I felt that there was a fog over Japan and Korea’s recent relationship. Wouldn’t it be good if a Lunar Rainbow appeared? Writing Lunar Rainbow was a process, and what I wrote as sheet music came to be eight minutes long. In total, the song is 20 minutes long, and the rest of it as improvised. My counterparts also perform like jazz musicians, like me. I’m looking forward to the actual performance tomorrow.

Min-On: There are two songs to be played alongside three traditional Japanese musicians tomorrow: Amazing Grace and Ushibuka Haiya Bushi. Can you talk about them?

Min Young-Chi: Songs with a bright, four-beat tempo such as Ushibuka Haiya Bushi don’t exist in Korea. I knew this because I grew up in Japan, but the other two Korean musicians had no idea. Still, they put it together perfectly. I suggested that in the middle of the Japanese song we take a little trip to Korea, so partway through you can hear a Korean sound—Arirang—brought into Amazing Grace. The bars and keys in the two songs are the same, so they merge strangely well.

Min Young-Chi: Yes, I have. Looking at the performers’ profiles, what I found interesting this time was that both the Japanese and the Korean musicians came from universities. That means that both sides can read staff notation. We had limited time to rehearse the songs we’re playing, so it was beneficial to have staff notation in common to determine arrangements. 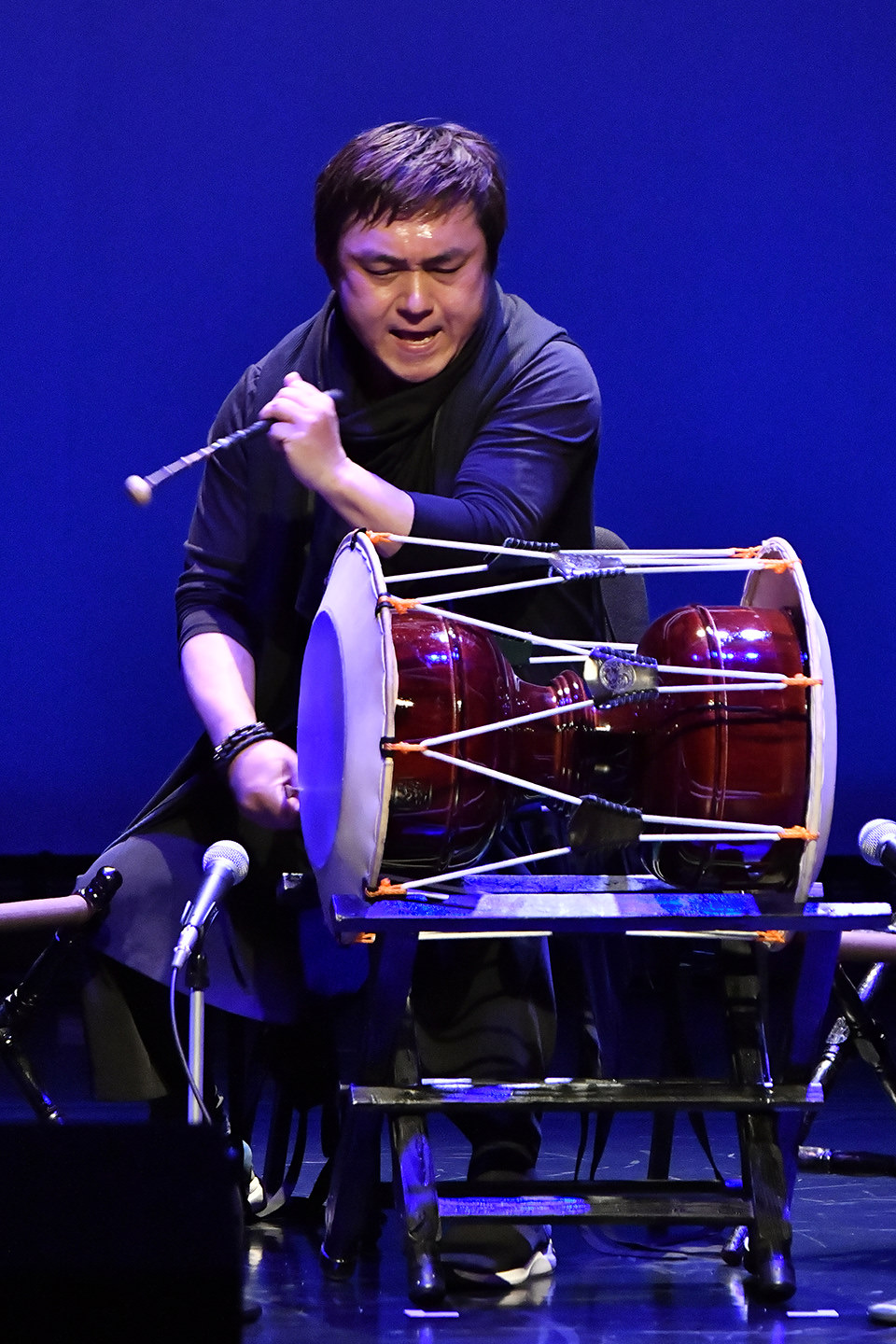 Min-On: What is uniquely appealing about the members for this performance?

Min Young-Chi: The Korean musicians are all popular and have great technical skill, and the Japanese musicians also have superb chops. That’s why I think the audience can really experience the charm of the music, especially with a small group like ours. When one member produces sound, the audience can focus on them. I think they’ll find it really interesting.

Min-On: Is there anything you’d like the audience to learn from tomorrow’s concert?

Min Young-Chi: Recently, relations between Japan and Korea have deteriorated, but on an individual level they’re really positive. Koreans love Japan, and vice versa, and I want to show that on stage. I want to show national traits that can’t be usurped through political power through the wonder of music and culture. I am a Korean residing in Japan, and 365 days a year, both Japan and Korea exist within me, and I never want to cut myself off from either country.

Japan and Korea are definitely different. For example, Koreans yell when they get angry. I think it’s a good thing, and Japanese people should do it, too. But there are people in Japan who think this is improper. Japan has many natural disasters, and they can happen at any time. Because of this, you can’t just directly ask “Are you well?”—one must always consider what they say. On the flip side, Koreans, who live in a country with few natural disasters, don’t understand this. I think about the differences between Japan and Korea every day.

Min-On: Traditional Korean percussionists such as Kim Deok-Su have been invited previously to jazz festivals abroad and received international praise. Can you comment on them?

Min Young-Chi: Wherever I go, I always find myself following in the shadow of my teacher Kim Deok-Su, who is a percussionist representative of Korea. I was once told by Japanese taiko drummer Eitetsu Hayashi that Kim Deok-Su and myself both give powerful and emotional performances. He also said that we understand the “musical journey” and are sure to finish it right at the climax. That’s the most important part of the journey, perhaps.

Min-On: What is so appealing about traditional Korean music?

Min Young-Chi: Thinking of difficult and complex music, Korean and Indian music come to mind. The rhythm of Korean music is particularly tricky. They each have their own names, and there are hundreds of them. Many have unusual tempos. You need to learn them all to be considered an adequate performer.

Min Young-Chi: I think Koreans have been good with pop music because we like to take things to the to the extreme, and we can be show-offs. I think it’s fantastic that K-Pop artists sing and dance with so much passion.

Min-On: Is there anything you still want to do in terms of Japan and Korea’s relationship?

Min Young-Chi: I’ve tried to do as much as possible so far, but I still get really excited about Japanese-Korean events. Do you know River Dance? It’s a musical based on Irish people immigrating to America. I want to write a version set in Korea. Not just the music, but also the story and dancing. I want to make something that’s not too academic, something that everyday people can enjoy. 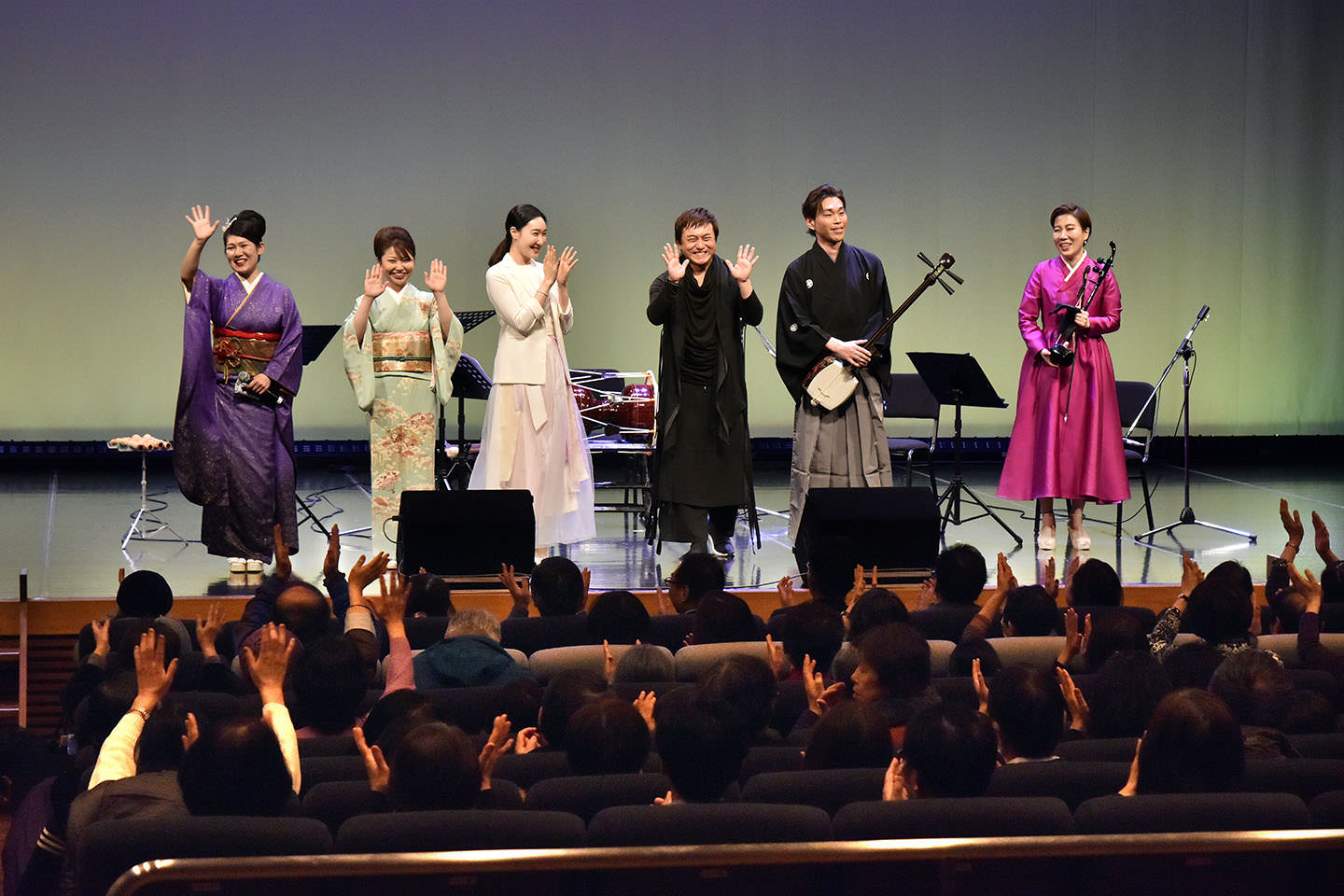 As expected, the Korean-Japanese concert on the following day was brimming with excitement due to the fantastic skill of musicians from both countries—a heart-warming collaboration. As Min Young-Chi said, he showed us the “power of music” in a night to remember.