On February 15 at 19:00 PM, young musicians and singers playing traditional Korean and Japanese instruments performed at the second Korean-Japanese Exchange Program, Encounters of Young, Korean-Japanese, Traditional Musicians. The event was held in collaboration with the Korean Cultural Center in Tokyo at Hanmadang Hall. 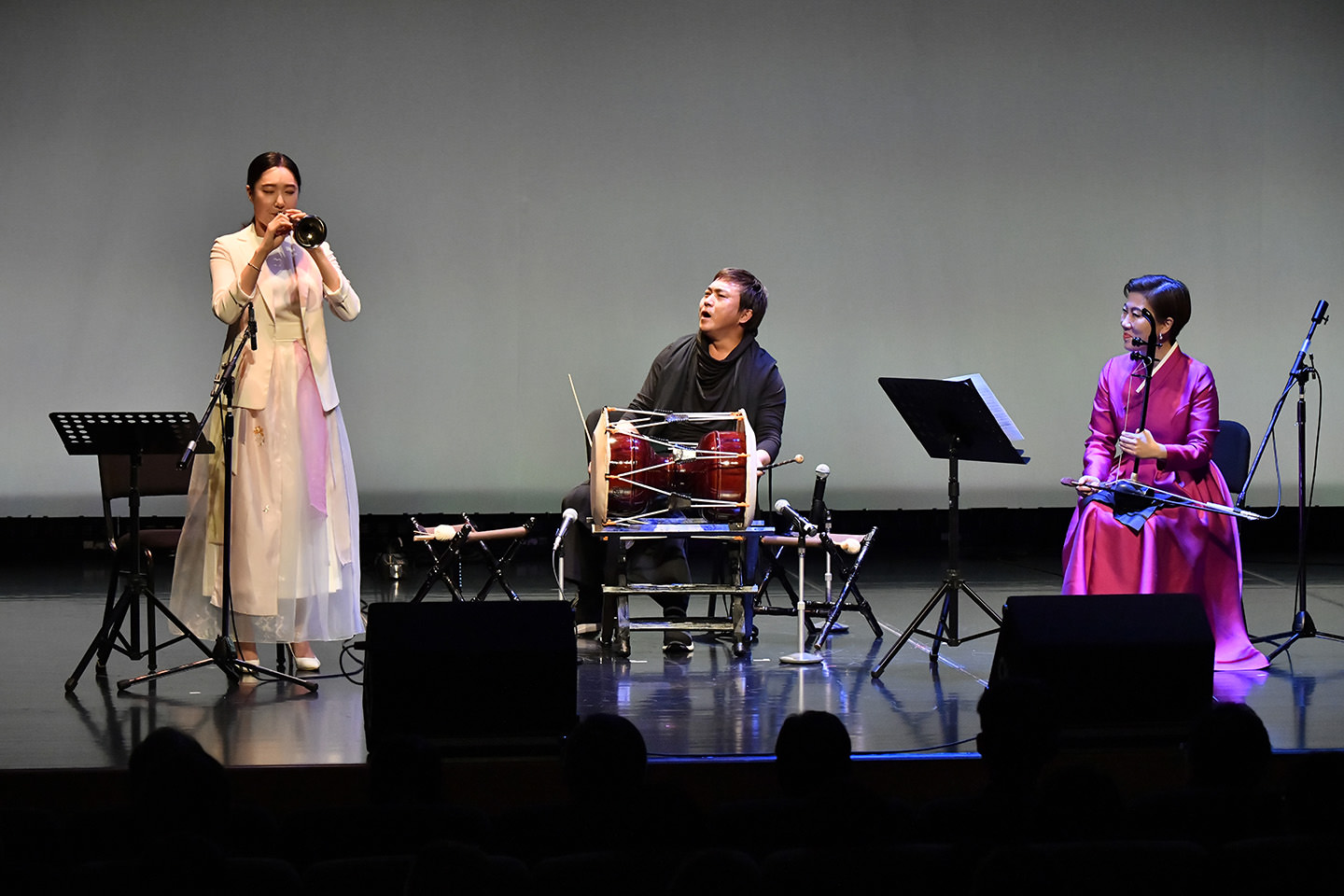 The first number, Lunar Rainbow, was a five-part composition by Korean percussionist Min Youngchi. It was performed with Korean traditional instruments including Park Mieun on the piri flute, Kim Jun-Hee on the two-stringed haegum, and Min Youngchi on the janggu drum. Following Min Youngchi’s dignified percussion rhythm, the haegeum, piri and taepyongso came together in a magical melody.

Performers from both countries also arranged familiar songs as Arirang and Amazing Grace. The audience gave applauded thunderously for the next generation of musician’s passion and beautiful melodies inspiring deeper Korean-Japanese friendship.

A Kumamoto folk song, Ushibuka Haiya Bushi, was played for the finale, and a bright ensemble of singing voices and shouts from the audience resounded through the audience, eclipsing national borders. During the show, Korea and Japan’s hearts were as one, and everyone in the venue was deeply touched as the show concluded.

We would like to sincerely thank everyone who attended this event in the lecture concert series. We look forward to your continued support and cooperation in Min-On’s cultural exchange efforts. 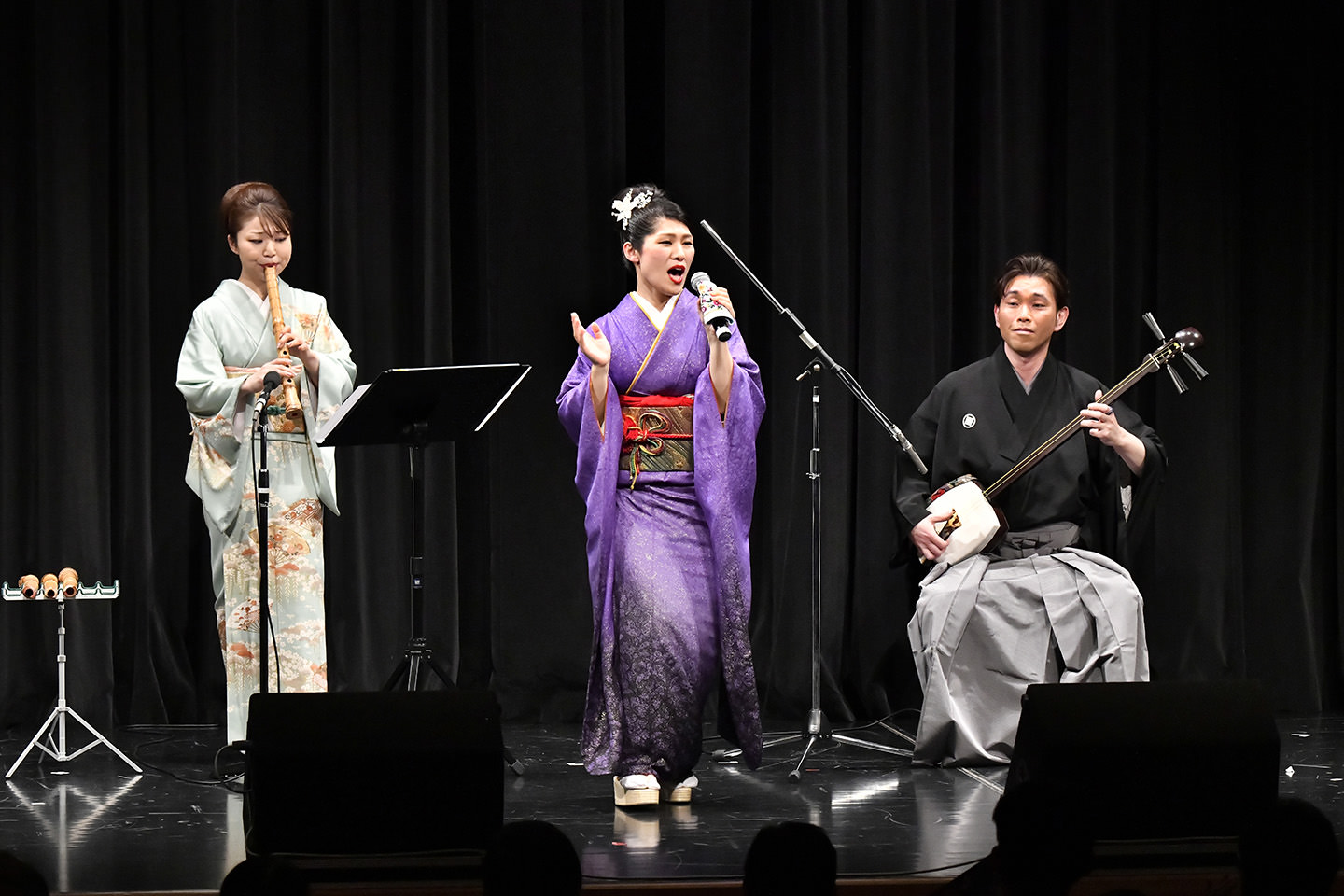