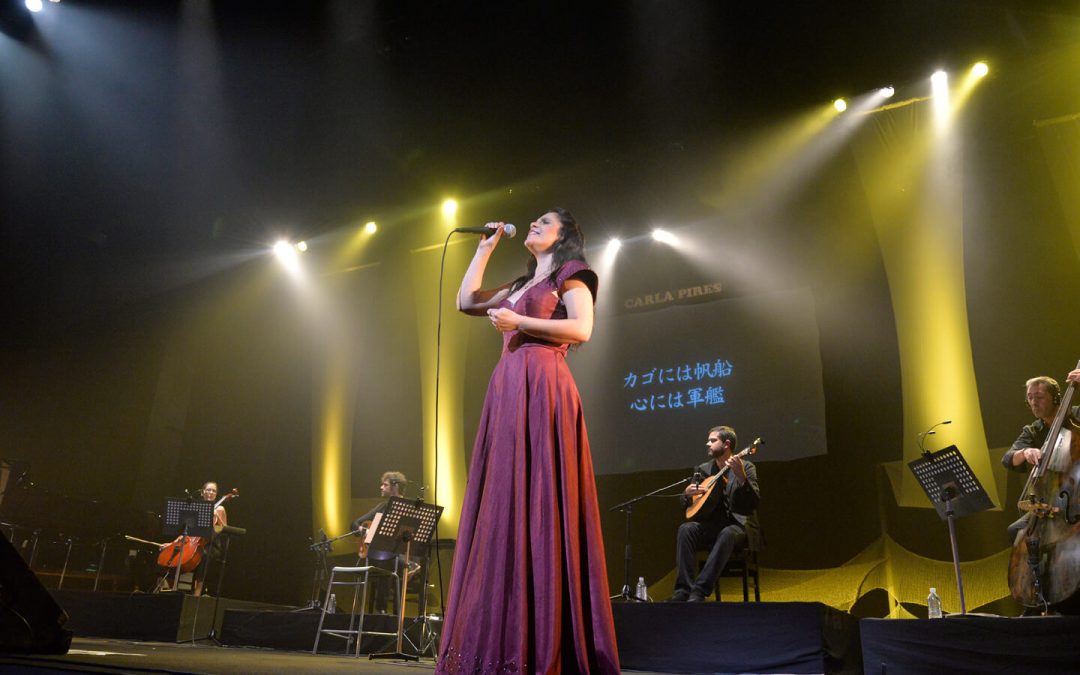 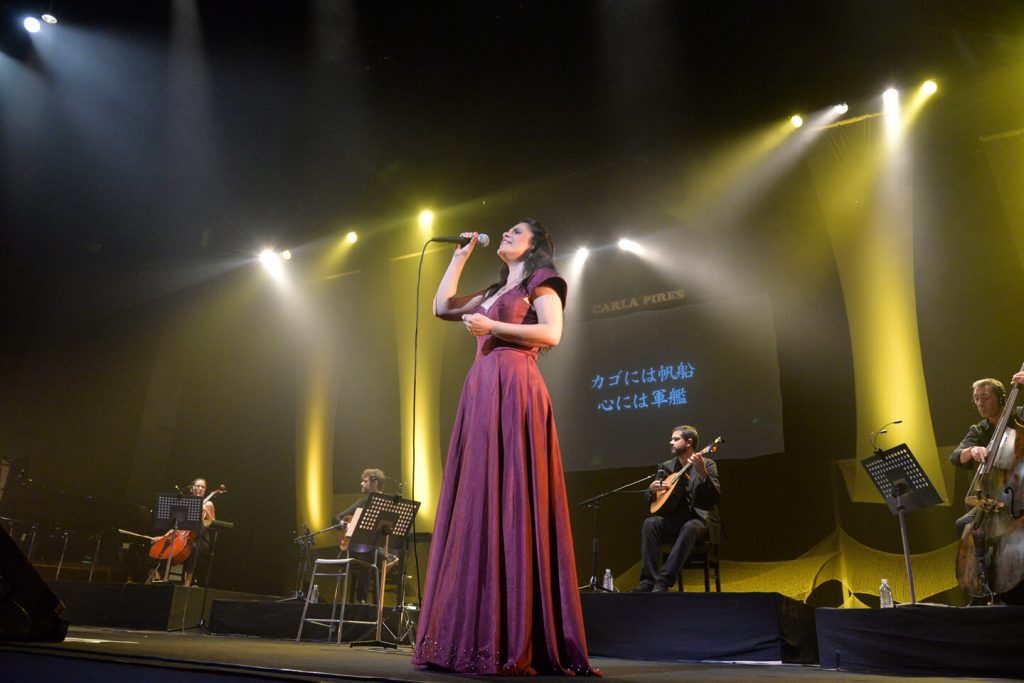 Fado, meaning “fate” or “destiny” in Portuguese, is one of the most popular forms of Portuguese music. A vocal art form, it is considered the soul music of Portugal, and commonly associated with pubs, clubs and restaurants. In typical fado music, the singer conveys desire and despair through song, coupling the harsh realities of daily life with a profoundly melancholic tune. The fado genre was added as a UNESCO Intangible Cultural Heritage in 2011.

Min-On invited Carla Pires, renowned Portuguese fado diva, and Cristiano de Souza, one of the finest male fado singers in the world, to introduce this unique music tradition to Japan. Alongside five musicians from Portugal, the pair performed a total of 13 concerts during their nationwide tour in November 2017. While on stage at prestigious venues in major cities across Japan, Carla Pieres displayed her remarkable vocal artistry in the fado tradition with her unique, emotive voice and facial expressions, supported by the distinctive sounds of Portuguese guitar and other ethnic instruments. The audience at each venue was carried away by the fado music, the atmosphere pulsating with Portuguese soul.