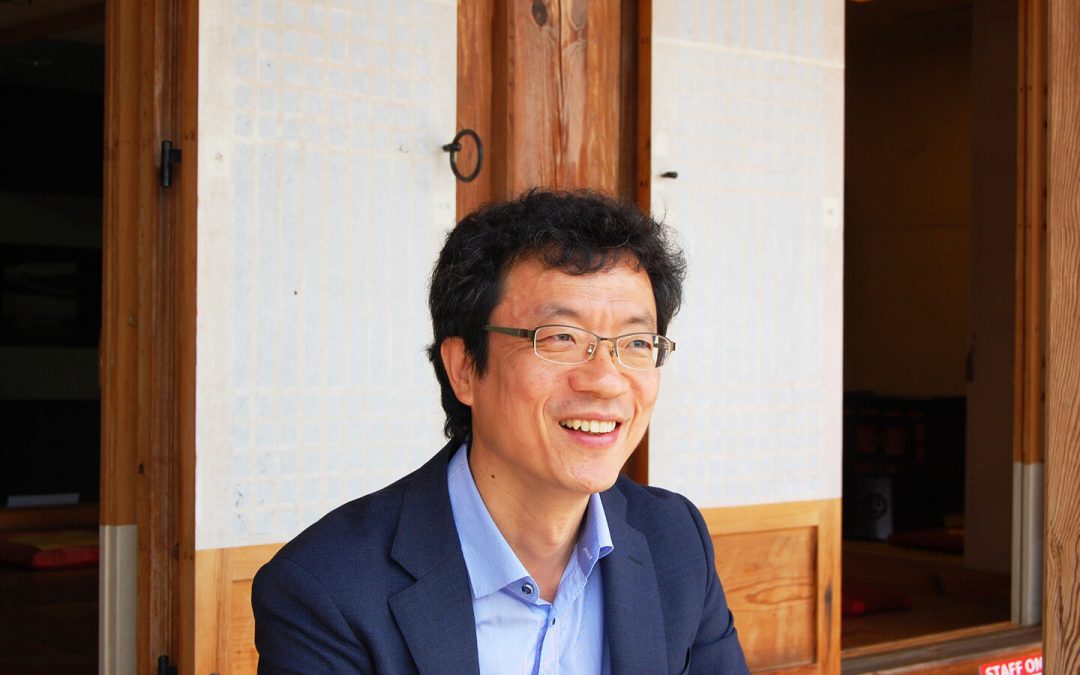 Interview with Mr. Kim Hyun-Hwan, Director of the Korean Cultural Center,  Embassy of the Republic of Korea

The Korean Cultural Center in Yotsuya, Tokyo is located near the Min-On Culture Center in Shinanomachi. Under the jurisdiction of the Embassy of the Republic of Korea in Tokyo, it was opened in its current location by the Korean Ministry of Culture, Sports and Tourism in May 2009. The center welcomes the general public to experience the rich traditions and history of Korea spanning over 5,000 years, and learn something new about the country through cultural activities, specialized programs, sponsored events and various learning resources. Recently, we had the opportunity to visit the Korean Cultural Center and interview the director, Mr. Kim Hyun-Hwan.

Min-On: Please introduce some of the initiatives of the Korean Cultural Center in Tokyo.

Mr. Kim Hyun-Hwan: I was appointed as director of the Korean Cultural Center in August of last year. Therefore, last year, I carried out all the activities and projects that were planned by the former administration. But beginning this year, we have promoted new initiatives planned under three major directives. The first major directive is to increase initiatives specifically geared towards youth. To that end, we’ve organized various exhibitions in collaboration with Japanese universities. For example, this year in May, an exhibition entitled Korean Art in Waseda University was held at the Korean Cultural Center in collaboration with The Waseda University Aizu Yaichi Memorial Museum. We are planning a similar cultural exhibition with Tokyo University of the Arts this fall. Additionally, in July of this year, we held a special summer vacation program, Let’s Play with Japanese Toys and K-Culture, with the cooperation of the Tokyo Toy Museum. The Korean Cultural Center’s curators engaged in making toys and reading illustrated storybooks with preschool children and elementary students. We strongly believe that if young Japanese people gain a more solid understanding of Korean culture, the potential for positive Korea-Japan relations will be limitless.

The second major directive is to carefully select exhibitions and films that focus on goodwill and friendship between Korea and Japan. For example, we selected a Korea-Japan co-produced film entitled The Tenor to show in Japan. It is the true story of a famous Korean tenor singer who gets thyroid cancer. He eventually loses his voice, but while receiving treatment from a Japanese doctor and trying to recover his voice with the support of a Japanese music producer, they establish a mutual friendship. After a screening of the movie at the Korean Cultural Center, the singer was invited to the podium and delivered a wonderful speech about the importance of his new relationships. This movie was also screened at the National Diet of Japan. Furthermore, we are scheduled to organize a screening of the film, followed by a talk from him, at the National Press Club in Tokyo. Further promoting films of this nature makes a profound impression on both Korean and Japanese people, compelling them to nurture mutual understanding and friendship in their own lives. 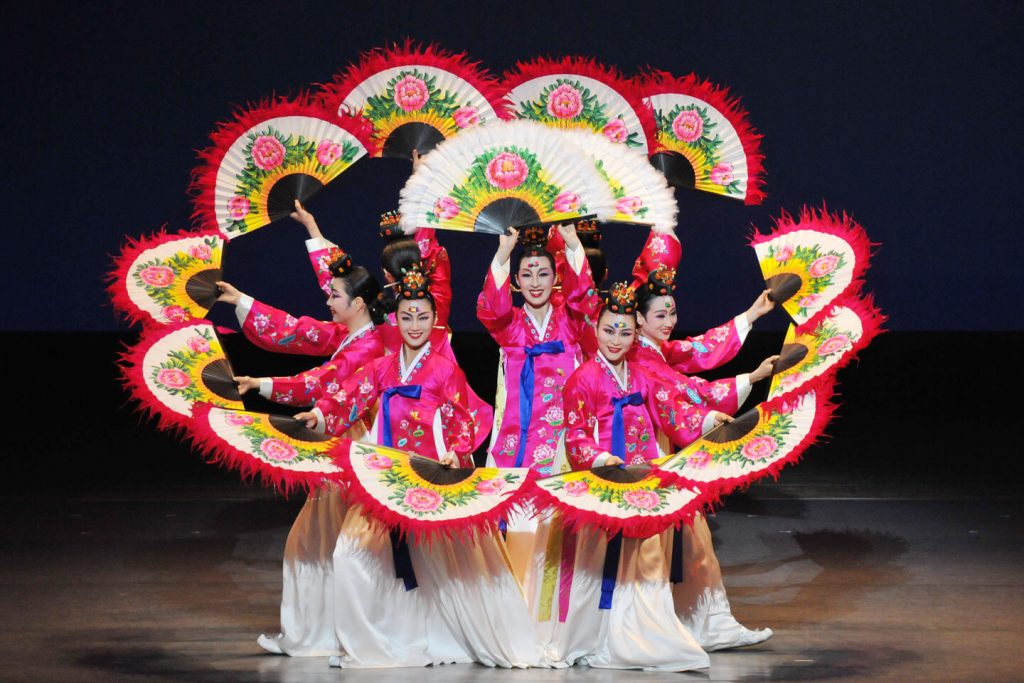 Lastly, our third directive aims to transcend unilaterally introducing Korean culture, in order to promote bilateral initiatives contributing to the benefit of Japanese people in need. After the Great East Japan Earthquake, we could not hold any K-Pop contests or Korean language speech contests; however, we were able to resume those events this year. Now, after the Great Earthquake in Kumamoto prefecture, in cooperation with the Japanese government and municipal offices, we at the Korean Cultural Center have been planning rehabilitation projects to help contribute to the livelihood of Japanese people affected by tragedy.

Min-On: With the support of the Korean Cultural Center, the Korean Musical Bibap successfully premiered in Tokyo at Nakano San Plaza Hall, and was very well received by a capacity audience.

Mr. Kim: Actually, I also love musicals and often see them in the theatre. Personally when viewing a musical, I am always inspired by the performers’ skill in singing, dancing and acting—all in the same show. Generally, the actors and actresses of musical theater haven’t been on TV, so most people at home have never seen their dynamic performances. But recently, TV programs that select the best singers of a wide variety of Korean oldies and famous songs are very popular in Korea, and musical performers are often selected to appear. This is a great chance to get familiar with their amazing talents. Actually, Korean musical performers are so skilled that they deserve the reputation as some of the best singers in Korea. In the earlier days of Korean musical theater, Western musicals imported from abroad were common. But lately, many domestic original musicals have been created and performed by Korean people, and musicals have gained popularity. To this end, the Korea Creative Content Agency under the Korean Ministry of Culture, Sports and Tourism has been giving aid and promoting further development of Korean musicals and the film industry. 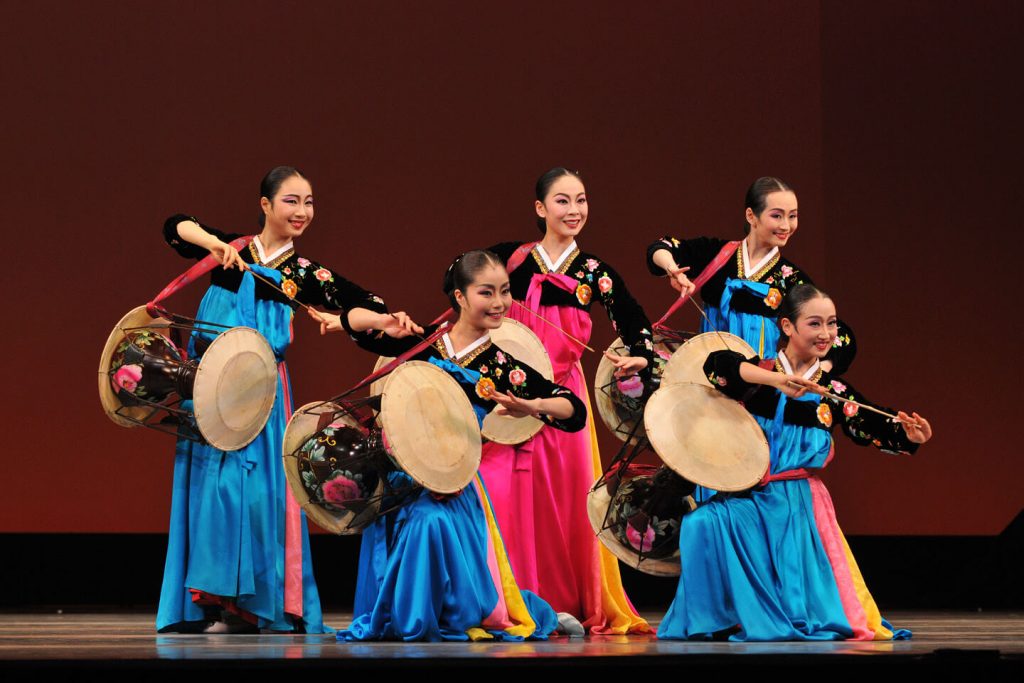 Min-On: That’s wonderful! Lastly, please share your impression of Min-On’s cultural exchange undertakings, which have been promoted for many years.

Mr. Kim: I think ‘Min-On’ is a wonderful concert association filled with the spirit of ‘music for the people’—which is the etymological meaning of the name itself. I am impressed by your events and programs filled with the spirit of sharing real-world experiences. For example, Min-On recently prepared a workshop focused on traditional Korean music and instruments, which was well attended by Japanese children and parents. Also, when I visited the Min-On Culture Center last year, I experienced the originals sounds of music played on antique classical pianos and harpsichords on display in the Min-On Music Museum. I was so excited to hear the antique fortepiano! I don’t think any other organization comes close to the amount of cultural initiatives Min-On offers. I admire Min-On’s promotion of cultural initiatives, not only in Japan but for countries all over the world. In particular, I’d like to express my appreciation to Min-On for actively promoting a number of cultural exchange events with Korea. Although there were some periods of tense political climate between Korea and Japan in the past, and we could possibly encounter a politically difficult time again in the future, I believe our cultural relationship will never fail. Indeed, the Korean Cultural Center has shared many common goals and ideals alongside the Min-On Concert Association. To our delight, Min-On has steadily dedicated their efforts to building a cultural bridge between the two countries. We value our relationship, and we hope to work together in collaboration with Min-On on important cultural and musical initiatives long into the future.