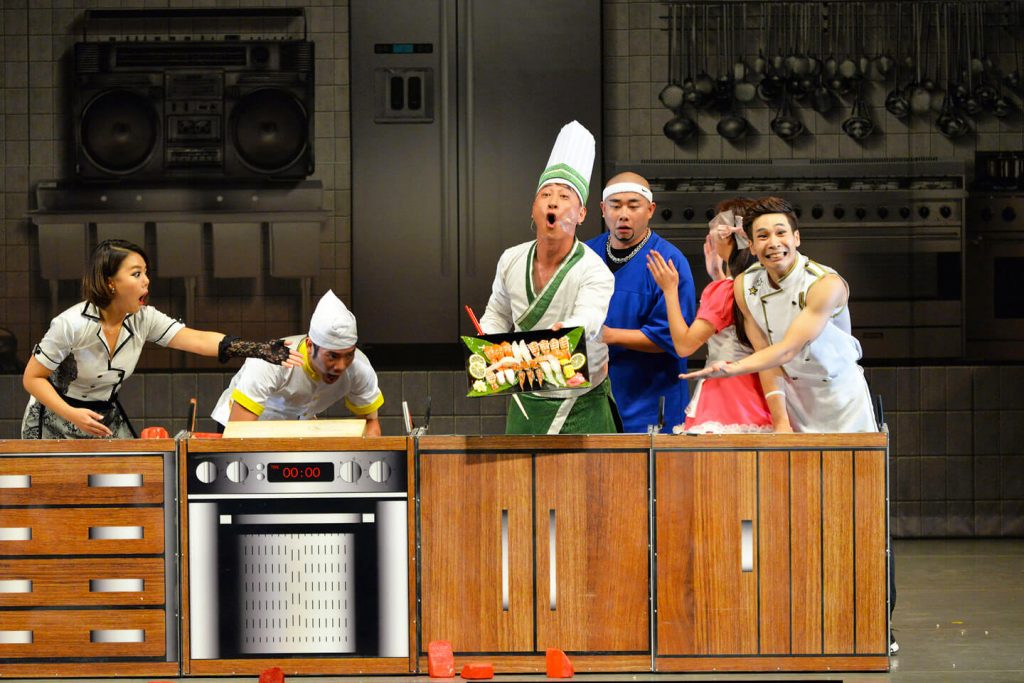 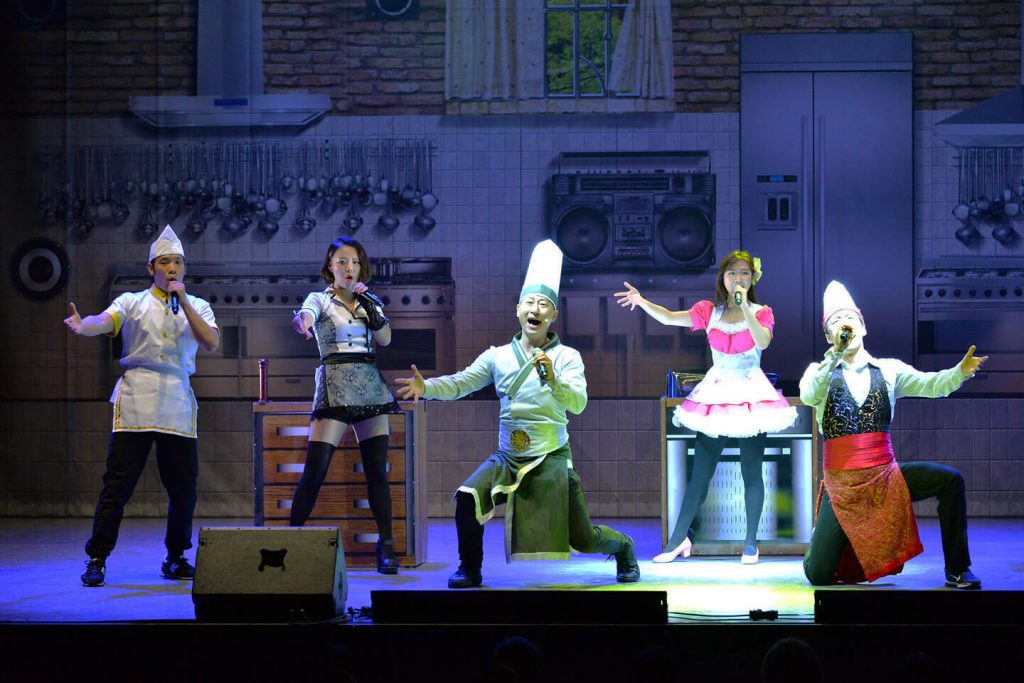 Bibap: Beatbox Action Comedy is a unique and highly entertaining Korean nonverbal musical. Its name sounds similar to Bebop—a style of jazz with complex harmonies and rhythms from the 1940s—but Bibap is something totally different from Bebop music. Bibap is indeed a brand new word, uniquely coined by combining abbreviations of three different words: bibimbap, a popular Korean dish of mixed vegetables and beef on rice; ‘beatbox,’ human vocal percussion that recreates myriad instruments, drum noises and sounds; and ‘B-boy,’ a style of street dance performance including hip-hop and breakdancing. Bibap is an unprecedented original production combining culinary arts and musical entertainment on stage. This nonverbal musical is unified through comical performances of cooking, beatboxing and B-boying all mixed together. A delicious mash-up of flavors, this musical is sure to please all your senses, just like a delicious serving of the Korean specialty dish bibimbap.

The entire performance of Bibap takes place in an onstage kitchen, where the performers are the restaurant staff and chefs that prepare a variety of dishes as orders roll in, and the audience members are customers of the Bibap restaurant. The performance begins with a total of eight cast members playing different characters. Some are waitresses and dishwashers, while others are chefs. Among them, two rival sous chefs—Chef Green and Chef Red—compete against each other by cooking four different dishes: sushi, pizza, chicken noodle soup and finally, bibimbap, from their own secret recipes. Throughout these scenes, each character employs theatrical bravado through energetic and comical use of B-boying, acrobatics and martial arts, accompanied by dynamic music and harmonious a cappella singing. Two performers specializing in beatboxing humorously mimic all the different sounds of the kitchen, including washing dishes, cutting ingredients, frying vegetables and meat, as well as preparing and eating the famous bibimbap.

Audience participation is the most important part of this unique nonverbal musical comedy. From the beginning of the show, performers rush the floor with huge smiles, running through the aisles to greet customers of the Bibap restaurant. Some audience members are randomly selected and invited onstage, actively engaging with the Korean performers without any understanding of each other’s language. Aside from the comical and exciting scenes featuring skillful performers, impromptu scenes involving audience members really spice up the performance. The cultural experience element gives this compelling musical performance a special flavor. Since its debut on stage in Korea in 2009 and next at The Edinburgh Festival Fringe in 2010—the world’s largest arts festival—this innovative and tasty musical has been well-received by audiences worldwide. 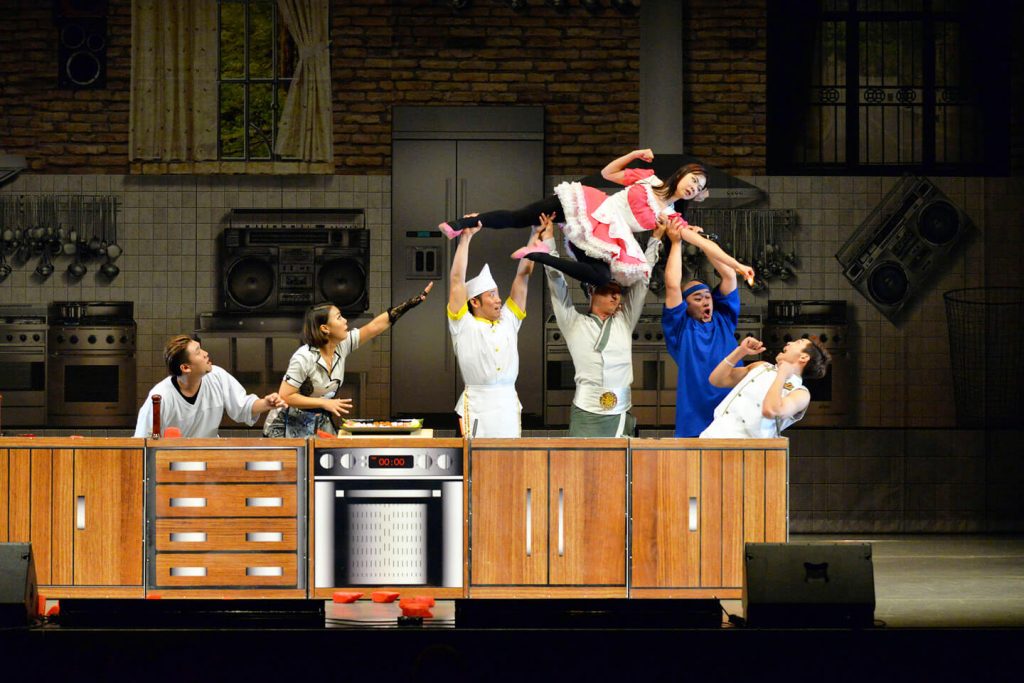 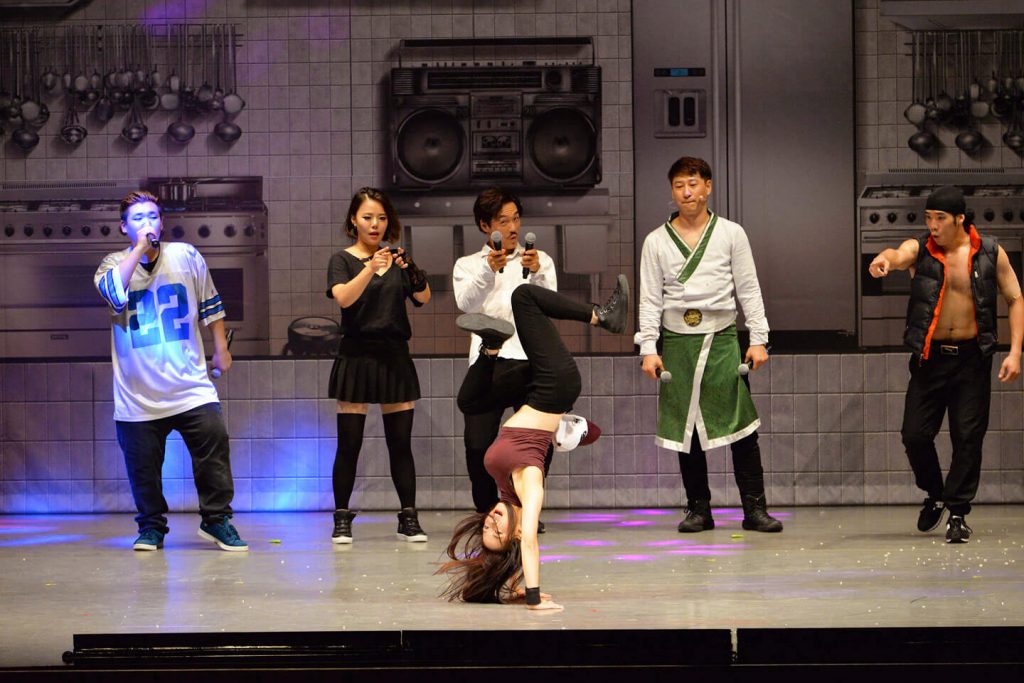