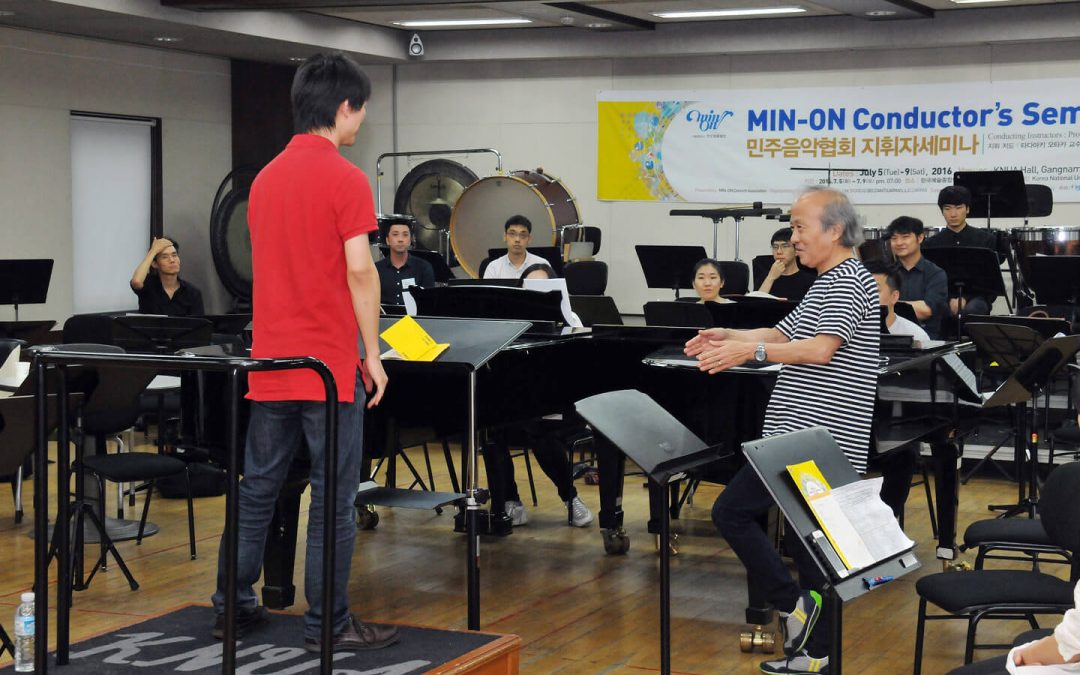 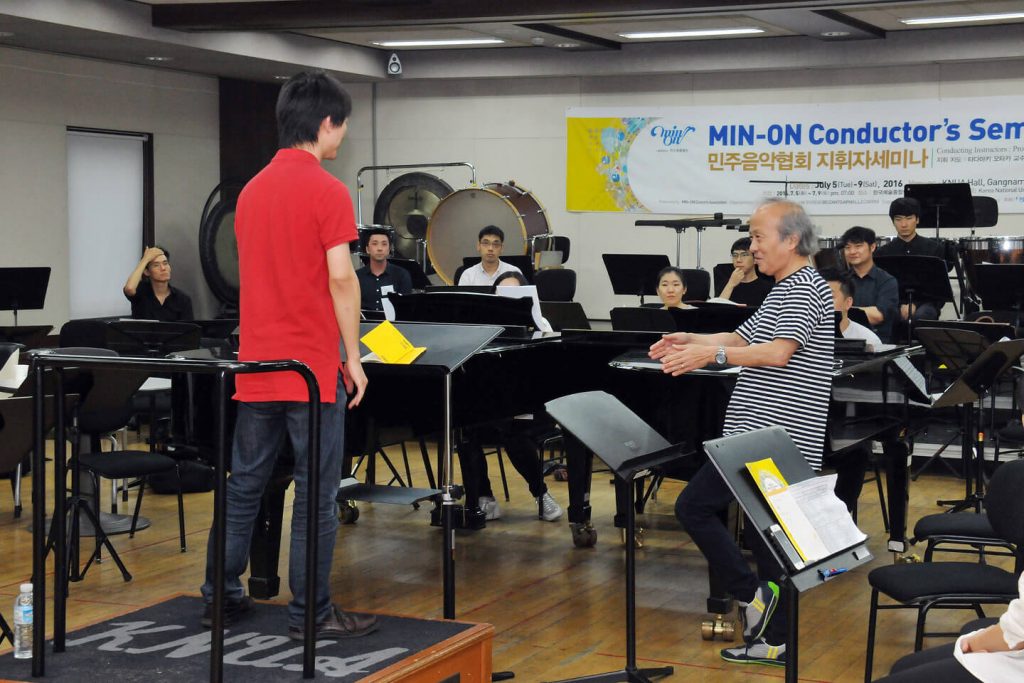 As an organization that brings hope to society through music, Min-On has been a mainstay in the three areas of international cultural exchange, concert promotion and public outreach. Of these three strands of Min-On’s activities—despite significant diversification since its founding—the greatest contributions have been in the field of public outreach, not only in Japan but for the advancement of music culture worldwide, over the last fifty-plus years.

In conjunction with the ongoing prestigious Tokyo International Music Competition for Conducting, Min-On sponsored the very first Min-On Conductor’s Seminar in Korea for five days from July 5 through 9 at the Seoul campus of the Korea National University of Arts. The lecturers and instructors for the first ever Min-On Conductor’s Seminar included internationally acclaimed Maestro Tadaaki Otaka from Japan, permanent conductor of the NHK Symphony and honorary professor of the Tokyo National University of Fine Arts and Music, and Maestro Jeong Chiyong of Korea, president of the Korean Conductors Association and Chief Professor of the Department of Conducting at the Korea National University of Arts.

A total of 21 young talented participants, 15 from Korea and six from Japan, received attentive lessons from the two Maestros on conducting everything from classical masterpieces to piano accompaniment over the first two days. Then, a selected ten participants continued into the third and fourth day’s lessons on conducting a full orchestra. Finally, on the last day of the Conductor’s Seminar, five representatives were selected from the participants and each conducted the Gangnam Symphony Orchestra as a memorable graduation concert to conclude the seminar. Regardless of each participant’s level of achievement during the five-day seminar, not only did they strengthen their own commitment to a career in conducting, they also nurtured a bond of friendship among all the participants from Korea and Japan.